Roadside PEZ: A Big Bunch Kick For The Espoirs

Sometimes we get it right, as it became increasingly likely that the 2011 World U23 road race championship was going to end in a bunch finish, I said to Kris; ‘you know, if it comes down to a sprint, that laddie Fenn who were chatting to this morning won’t be far away.’ 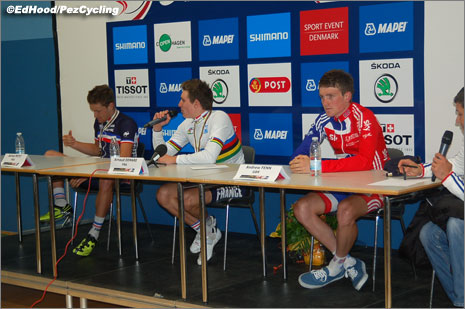 We can even claim him as Scottish, his mum is from the right side of the border and he rode the Commonwealth Games for Scotland.

A nice day, tasty food and scenery on the course and a good result for the Scots – just a pity it wasn’t a great race to watch. 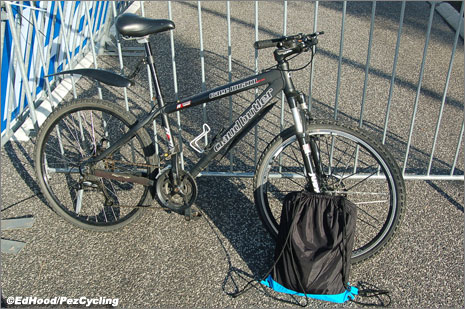 Kris’s computer says we’ve only done 3.8 kilometres through the woods on the mountain bike, this bright Friday morning, but it feels more like 38 K – relief, tar road roads at last.

A couple of K over nice surfaces, hang a right – and wow ! there’s the finish hill. 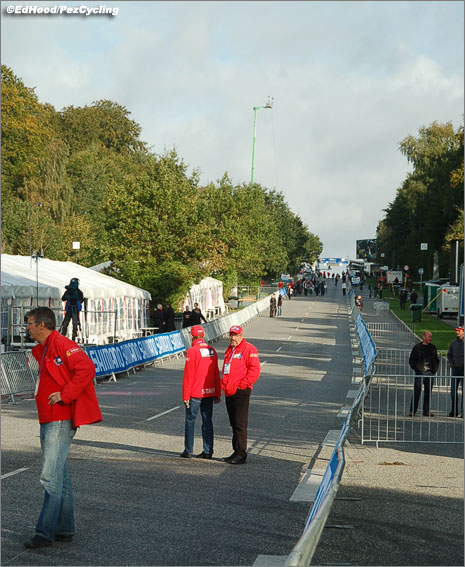 Arrow straight and dragging up, up, up – this one would be so easy sprint to misjudge. 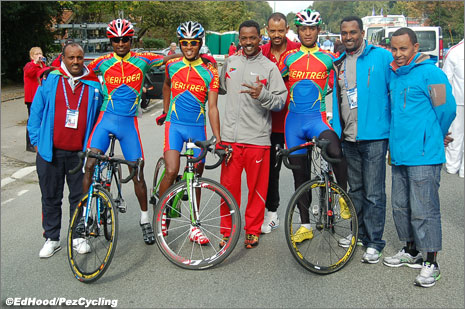 There’s the usual chaos before the start; the Eritreans are all smiles – that won’t last long. 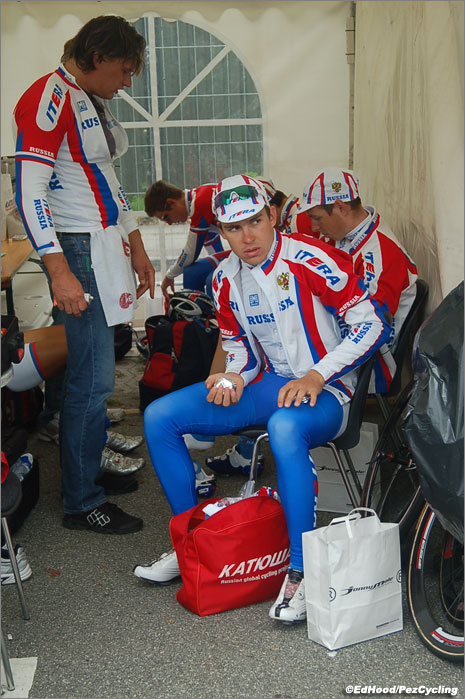 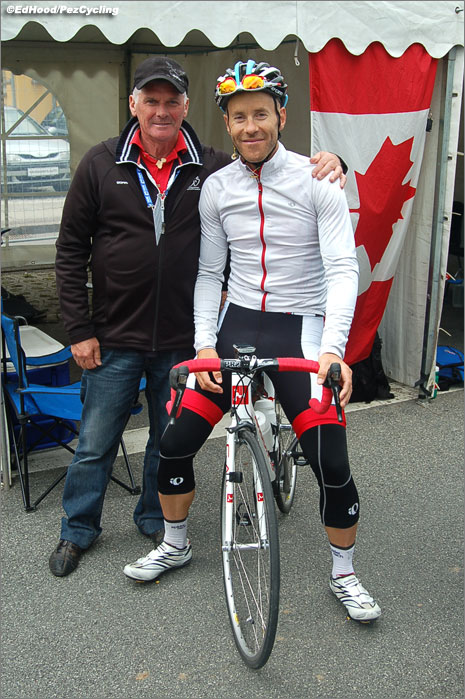 Svein Tuft calls by to visit the Canadian pits.

British hope Andy Fenn has time to chat; ‘in the U23 it’s hard to call how it will go, the course is pretty easy, it could be a break, it could be a sprint. 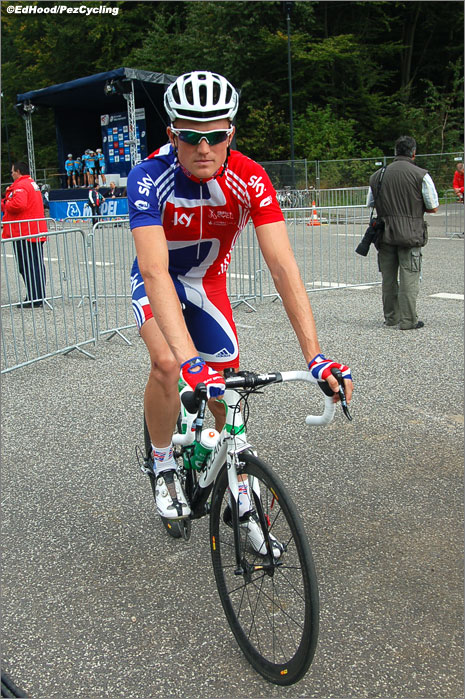 They’re lining up now, number one is Rohan Dennis, Australia: number 155 is Carlos Daniel Linares Zambrano all the way from Venezuela.

Big spots of rain ‘splat !’ as the speaker reels off the names – let’s hope it’s just a shower. 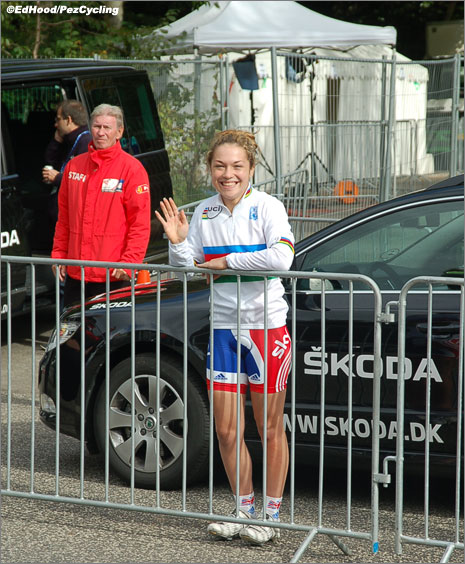 But the new junior ladies world champion isn’t worried about the weather and has a smile for PEZ.

There are riders fence to fence and the speed is high within 200 metres of the start. 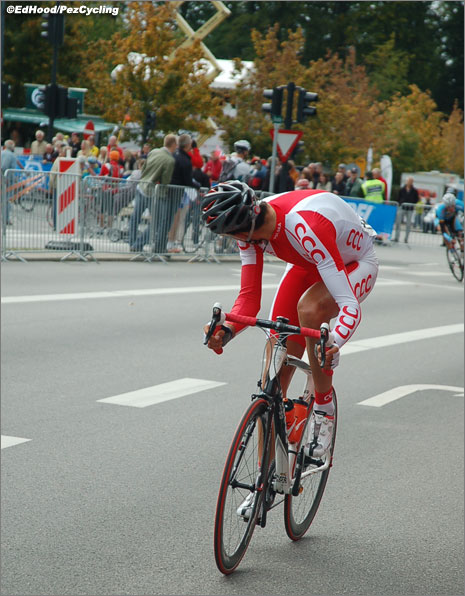 The dog takes most of lap one, I wipe my fingers just in time to snap a big Pole who’s looking for daylight – but the pack is right on him. 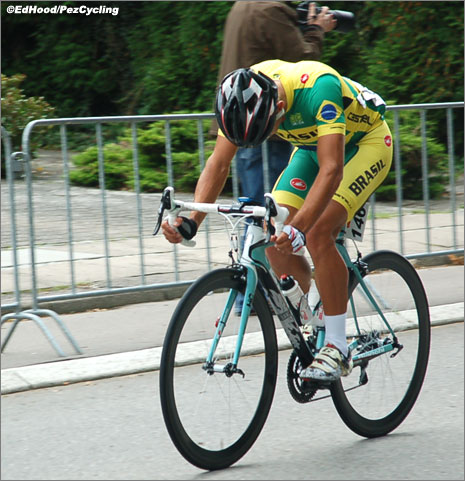 There’s another 90 right then it meanders through the woods, the tail wind is strong here and a Brazilian – Carlos Alexandre Manarelli – has stolen a minute on a bunch which doesn’t look too worried by the South American’s move. 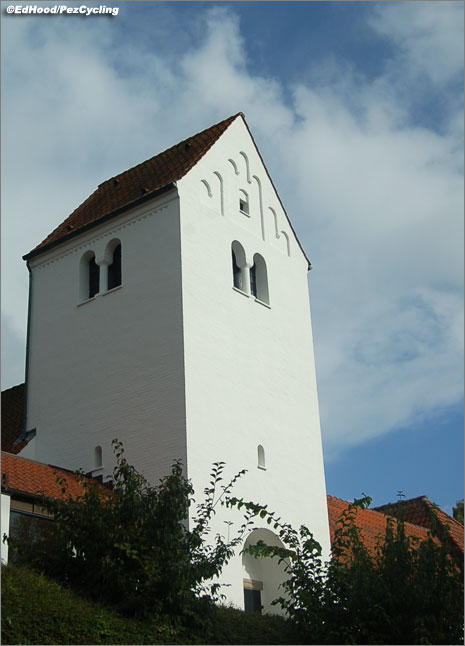 90 left and a nippy little snap through upmarket suburbs- you’ll know about this one 12th time up. 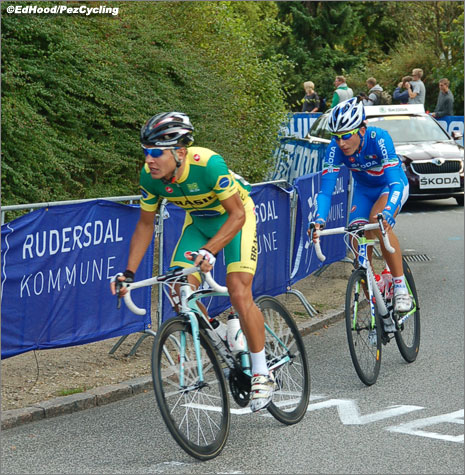 Manarelli has the Italian Leonardi for company and they have two minutes – but there are still nine laps to go. 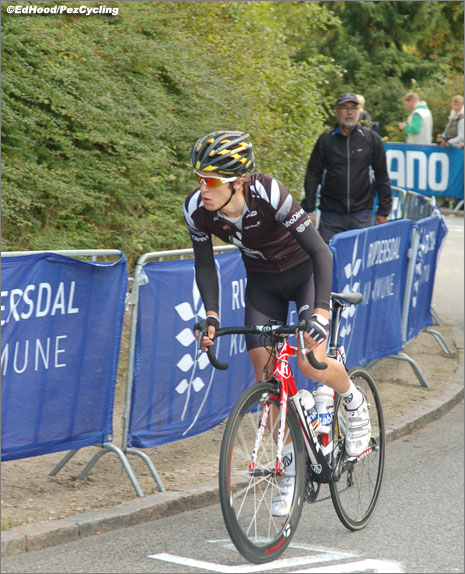 Kazakhstan lead the chase whilst Kiwi Shack stagiaire George Bennett fights back from a mechanical. 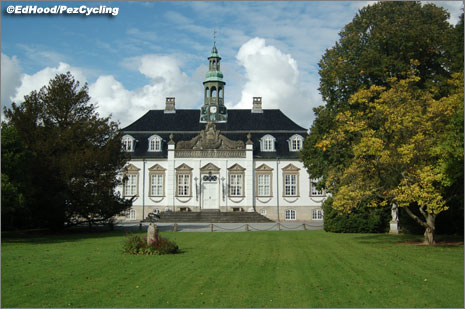 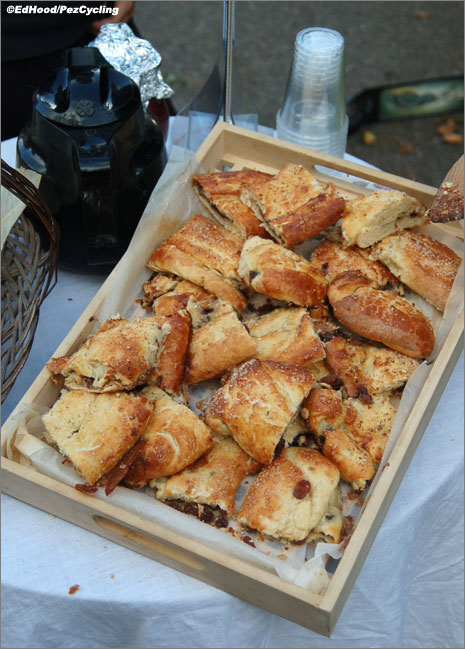 The Brazilian and the Italian are working well, a Kazakh tries to bridge and the bunch free wheels – but at around 50 kph. 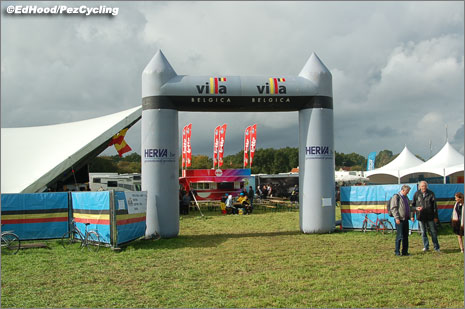 It’s twisting, turning, catching the wind past the Belgian ‘castle’ – Jeez ! the music is bad ! and the gap has yawned to five minutes, the Kazakh still chases but Manarelli’s Brazilian team mate is in his back pocket.

The bunch has strirred a little, it catches the tail wind and is gone in a swish ! of tyres and clack ! of gears shifting up. 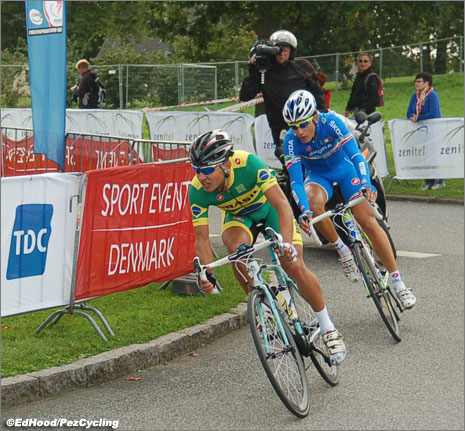 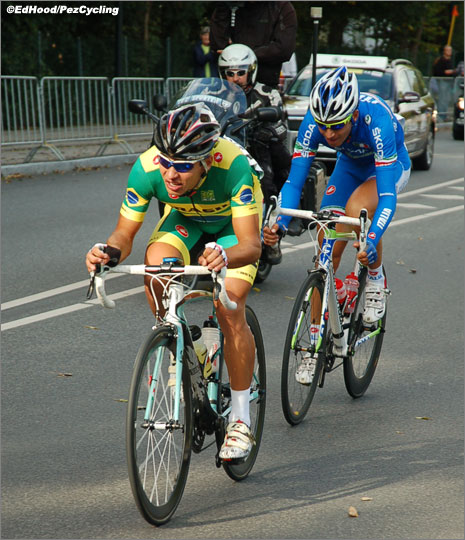 The long straight past PEZ Worlds HQ (that’s the campsite at Naerum, folks) and the wind is strong, the two escapees are beginning to look heavy legged.

The bunch is foxing, someone goes, it gets shut down, they freewheel. 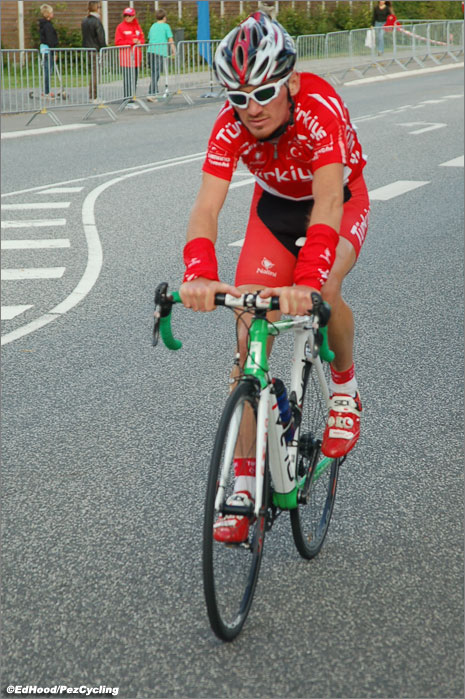 Mustafa Sayar of Turkey is last man, he looks like he could use a cold Coke.

Kris is off the back, I do the good domestique thing and go back; but he’s not had a mechanical, he’s chatting to another friend – that man knows half of Denmark !

Another lap and still the two are clear, behind the bunch probes, stalls, switches – but no commitment.

It’s all saying ‘bunch sprint’ – and the road between Naerum and the foot of the finish climb is wide, rolling, well surfaced – ideal for the Cav’s Sky TTT to mop up the break late on Sunday. 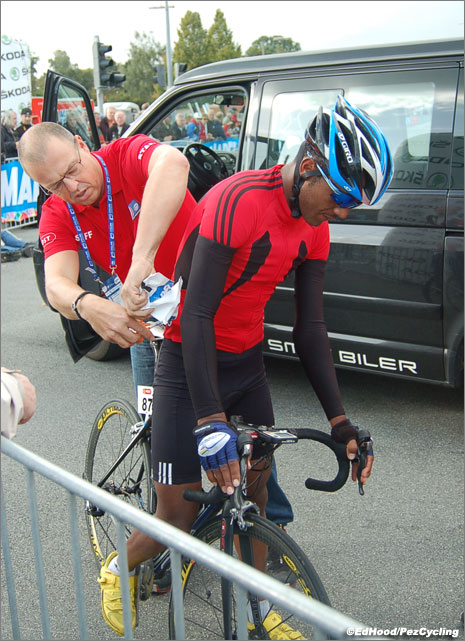 The last kilometre of lap ten, or two heroes have gone and so has Grmay of Ethiopia – the commisar hacks his numbers off without ceremony.

There are two laps to go and five or six are clear, there’s a Dane; and, an Eritrean, Melake Berhane – I got that one wrong, respect to the men from Africa. 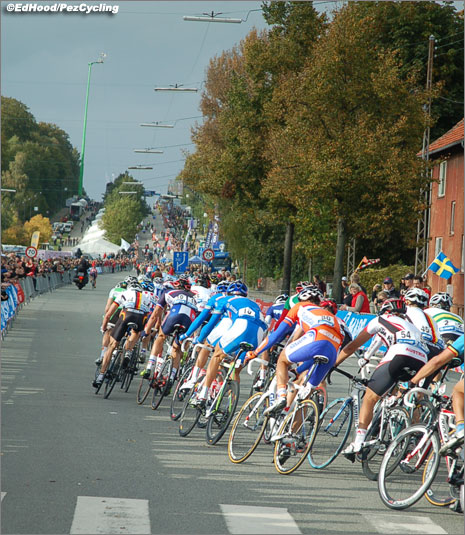 The bunch is a long, long line which snakes into the foot of the climb. 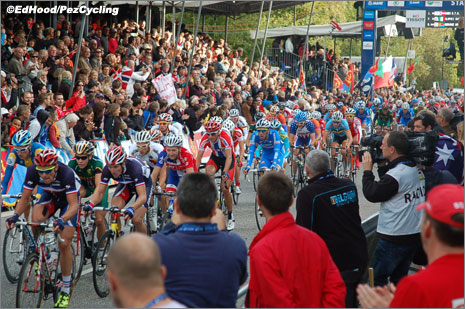 At the bell it’s compatto – ‘bunch sprint’ it all says to us.
The course is a good one for 60% of it’s length, but it’s a dragstrip in from Naerum – any break which gets clear on the technical section will be hunted down on the wide fast tarmac to the bottom of the last climb. 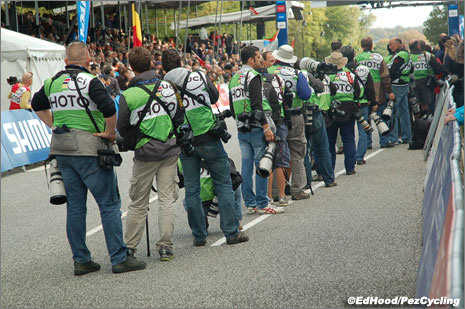 The photogs mass, the crowd strain it’s neck, Guldhammer is on the front for Denmark – but the Italians are massing and so are the Aussies. 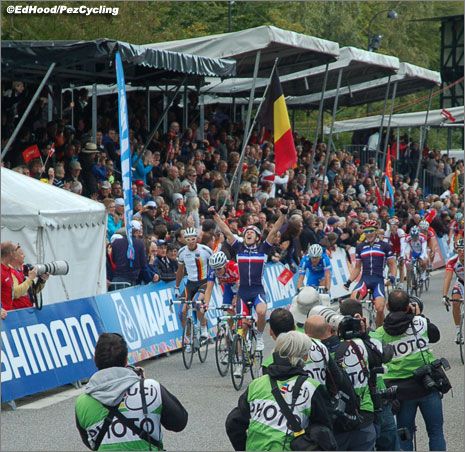 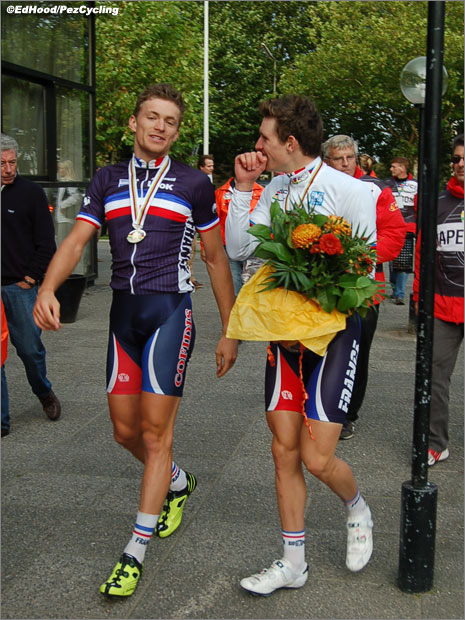 But it’s France all the way – they nail gold and silver – and Scotland gets bronze. 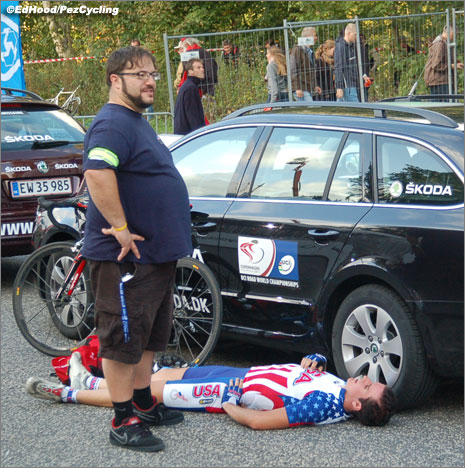 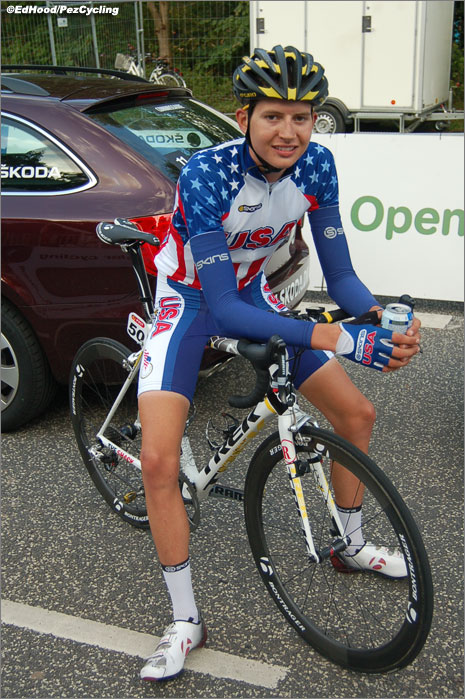 US sprinter Jacob Rathe sprawls on the tar, team mate Joe Dombrowski gulps a soft drink – last word to Joe; ‘that was hard !’