Who he beat is almost as impressive as what he won: Matt Goss scored his first monument, the second Primavera for his Team Highroad, but with names in his wake like Cancellara, Gilbert, Ballan, Pozzato, Scarponi, Goss’s legs shouted his arrival to cycling’s elite level.

‘No surprises in Sanremo’ we predicted in our race preview – and so it proved; Tasmanian Matt Goss made the logical progression from winning Paris-Brussels, Philly and Plouay to take the 102nd ‘Classic of Classics’ from Milan to Sanremo – runner-up was former winner Fabian Cancellara with Philippe Gilbert third in a great performance of this most beautiful of operas. 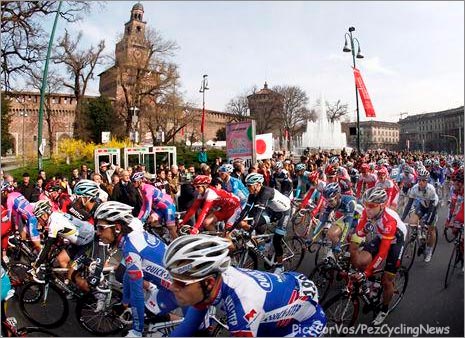 Ironically for the publicity seekers, the last two survivors – Ignatiev and De Marchi – were caught just as the live TV feed kicked in off the La Manie descent with around two hours to go.

The sinuous drop was made treacherous by soft rain and three time winner and race favourite Oscar Freire (Rabobank and Spain) had a brush with the tar – not serious, but the subsequent wrestling match to get his Giant rolling cost him a lot of time. 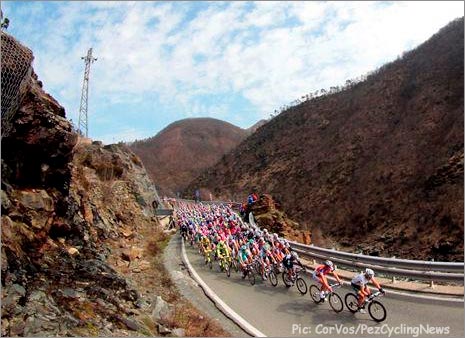 The chasing group contained the unfortunate Freire and other big favourites Mark Cavendish (HTC & GB), Thor Hushovd (Garmin) plus the Norwegian’s team mate Tyler Farrar (USA) – all losing time in the crashes and hesitation on the dangerous descent.

Freire’s strongman team mate Lars Boom (Rabobank) was shovelling coal on the fires of the chase with no thought of the Cipressa or Poggio to come. 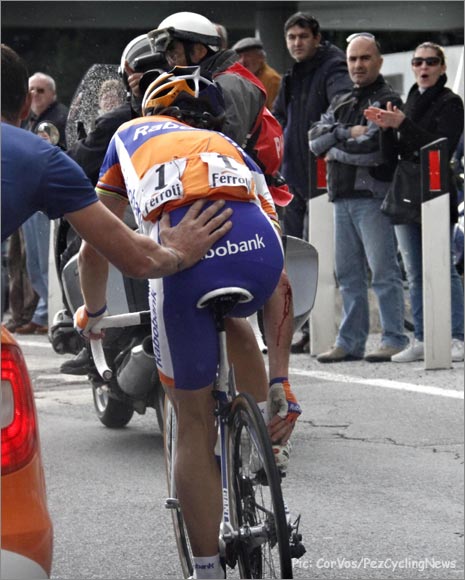 Leopard TREK had strength in numbers but were happy to let the aforementioned squadra burn the watts as Cancellara conferred with O’Grady.

And for Heinrich Haussler (Australia), there were no longer any issues about leadership; the only one of Garmin’s three pronged assault to make the right half of the split.

Matt Goss (Australia) was another rapid Australian to make the half of the cracker with the joke and the gift. Other big names in the front group – former winner Petacchi (Lampre & Italy) and Andre Greipel (Lotto & Germany).

Androni were doing a job behind, but the gap was steady at around two minutes and with an hour to go, time was slipping away.

The three Capi; Mele, Cervo and Berta came and went with hardly a hesitation in the firestorm raging along the Riviera at the front of the race – as BMC drove and drove.

Those faces behind told a story of men who’s will to win was slipping away – despite riders of the quality of Italian Champion Giovanni Visconti (Farnese) and British champion Geraint Thomas (Sky) being close to the head of affairs back there.

But approaching the Cipressa climb the gap was slipping nearer to one rather than two minutes – spurring the ‘heads’ to marshal their weary troops one more time.

BMC, Lotto, Katusha, QuickStep in over drive as the light rain fell again – strung out, keeping pace with the train on the coastal track on it’s way to Nice.

The Cipressa: Agnoli forces it for Liquigas at the front as Sky mass at the head of the chase group; they mass but don’t chase – it looks over for the chasers. 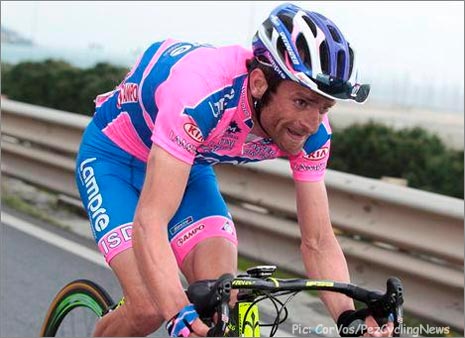 Michele Scarponi (Lampre & Italy) tries to bridge up – but even if gets there, that’s his finale energy that’s pouring out of him.

At the front, Yaroslav Popovych (Radio Shack & Russia) attacks and gets daylight – it’s unlikely he’ll survive but it should sell a few printed circuits for The Shack.

BMC and Movistar cut the Russian no slack as they top the Cipressa right behind him.

Scarponi has done a job – bridging alone from the chase group and now just 16 seconds back.

The chasers have fragmented as the coloured ribbon that is the lead group streams down past the retaining walls, glass houses and apartment blocks back to the Ligurian Sea.

Yoann Offredo (FDJ & France) attacks off the descent; last year he went at the start of the Poggio and looked good – briefly.

Team mate and countryman Steve Chainel is with him; so is a BMC, it’s Greg Van Avermaert (Belgium) – and Stuey O’Grady.

And Scarponi makes it across; impressive and good news for Petacchi.

The Lottos grit their teeth and drive hard for Gilbert and Greipel – but no, Greipel is on the front, he obviously doesn’t think he can make it over the Poggio.

The Poggio: Chainel is wasted, Stuey drinks – that’s a sign of a man in control.

Van Avermaet goes and the four have split; behind there’s confusion and hesitation – we could get a surprise here. 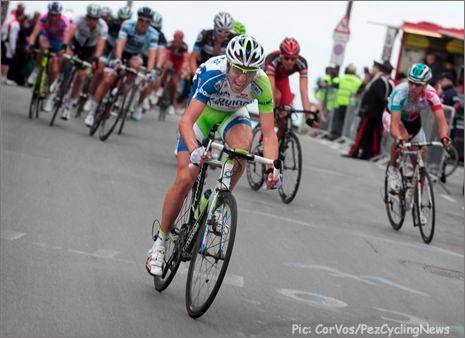 Nibali made an impressive jump on the Poggio.

Nibali finally commits for Liquigas – the Sicilian is flying and is through the three break survivors.

But still Van Avermaet grinds on – the top of the Poggio and the Belgian has 15 seconds !

Why am I not in that bar on the corner?

There are scary names right behind the Belgian – Gilbert, Cancellara, Ballan . . . and they get up to Nibali.

Rain – and Van A only has five seconds, it looks like the dream is over.

Off the Poggio, in the streets of Sanremo – nine left, Offredo goes, Cancellara counters.

Matt Goss is there, the gear is huge, he’s ready; and Gilbert goes, Pippo counters.

Gilbert goes and goes – but it’s over for him.

Red kite, Nibali jumps, but he hesitates, a lull – Scarponi goes for surprise, the rest counter.

The Tasmanian gets air, Cancellara comes, but not quick enough, Gilbert is impressive after that attack – but Goss is going to get it. 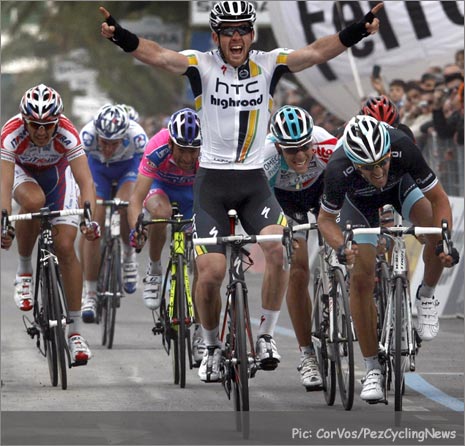 Cancellara is second, Gilbert is third.

A great finale and respect to FDJ for enlivening it.

Garmin with three favourites get nothing – that’s bike racing !

Three favourites on the podium; like we said in our preview – ‘no surprises in Sanremo.’

Top Rides: The Finale Of Milano-Sanremo