There was only one certainty going into the final stage of the Tour Down Under; exciting racing. The majority attention focused on the looming GC battle for time bonuses between Matt Goss and Cameron Meyer, who were only separated by 8 seconds. With the intermediate sprints also offering time bonuses U23 World Champion Michael Matthews was also in the mix at 12 seconds behind Meyer.

With closer inspection you would notice the whole race was wide open. The mountains classification was still up for grabs, a tight battle between Luke Roberts and Ben Hermans was expected. Robbie McEwen was sitting in third in the sprint classification; a stage win could seal victory here. The ever optimistic McEwen tweeted that he was “gonna go out with all guns blazing!” Movistar and Vacansoleil were separated by 1 second in the team’s classification. Last but not least the U26 rider category was destined to finish on the GC victor’s shoulders. 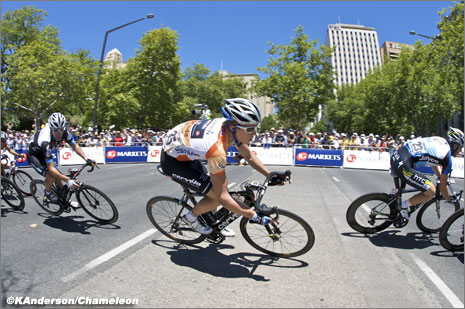 Meyer and his Garmin-Cervelo team were under attack all day, but held on.

The Garmin-Cervelo team obviously had a plan with Matt Wilson attacking from the gun. By the end of the first lap a group of 4 had formed including the local favourite Stuart O’Grady. Uni-SA rider Luke “turbo Durbo” Durbridge put it in overdrive to cross to the break. As Durbo spends the summer training with the Meyer Brothers and Jack Bobridge in Perth, I would not be surprised if he was happy to lend a hand to the cause. 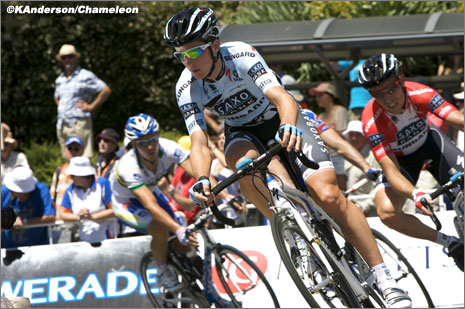 The five riders held their 15 to 20 second advantage until the start of the crucial eighth lap. It was at the end of this lap that we would see the first sprint bonus contested. In separate efforts, both Travis Meyer and Brett Lancaster tried to jump off the front of the race to take away the valuable time bonuses. Alas, it was Michael Matthews who took out the first sprint ahead of Goss and Greipel. 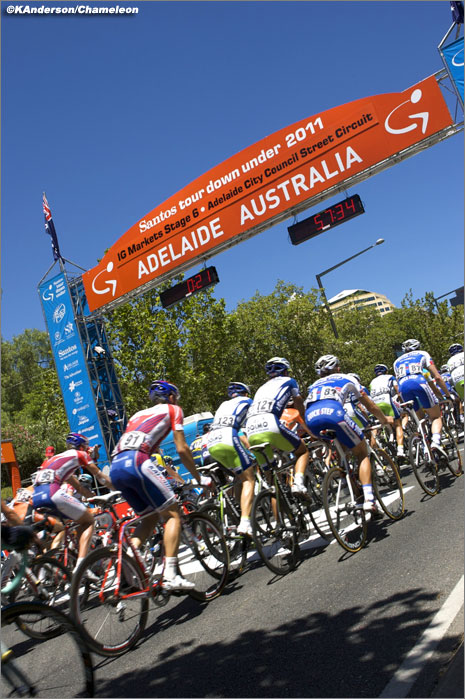 The streets of Adelaide were lit up by the world’s best on Sunday.

With the first sprint over and done with, attention turned to the KOM classification. Luke Roberts successfully went on the attack to secure maximum point and the overall KOM classification. Roberts continued as a member of the second escape that spent a few laps dangling in front of the peloton. Mark Cavendish hit the deck again, which led to a momentary cease-fire in the bunch. 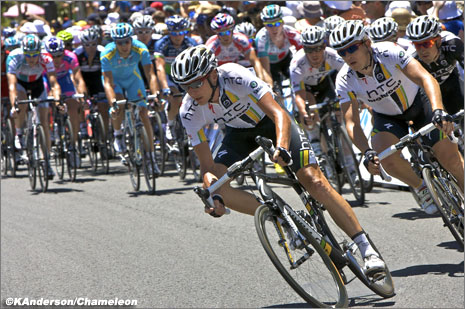 HTC-Highroad did everything they could, but couldn’t quite pull off the win.

Rabobank’s assistance was welcomed as it was again back together for the second sprint bonus. Two Rabobank riders gapped the HTC train through the last left hand corner without Matthews in tow. Confusion set in and none of the favourite took the precious time bonuses. The race would surely come down to the final sprint; Meyer still held a 6 second advantage over Goss and 9 seconds to Matthews. 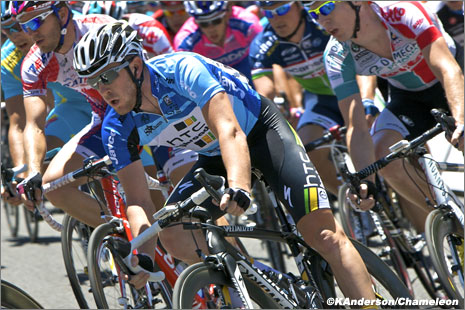 Goss was fast, Goss was close, but Goss couldn’t beat the Sky duo of Swift and Henderson.

Stuart O’Grady again featured, this time in a break of 7, which never gained more than 25 seconds. Mitch Docker showed his appreciation for white bar tape (wrapped by my mate Mick) by joining the move, picking up some more KOM points, elevating himself to third in the process. Back in the bunch Graeme Brown was having some heated words as he was seen gesticulating on the front of the peloton. It doesn’t matter if it is a Pro Tour event of a local bunch ride; nothing stops Brownie giving some lip. To who ever this rant was directed, don’t take it personally! 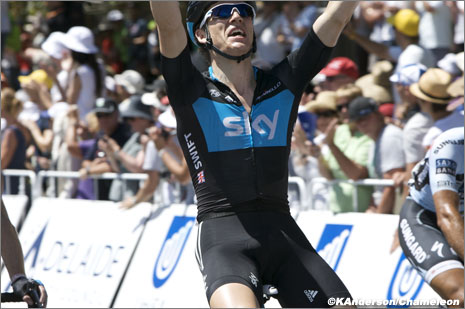 As the bell was rung, the race was all back together. Over the top of the climb the Sky train came to the front. Matt Hayman strung the race out with a massive turn on the front. Behind him riders were bouncing off on another. Cavendish, without Goss on his wheel hit it out early, probably to ensure he stayed upright. With a beautifully timed move Ben Swift and Greg Henderson both crossed the line with their hands raised. Taking third place was not enough for Matt Goss to take overall victory. 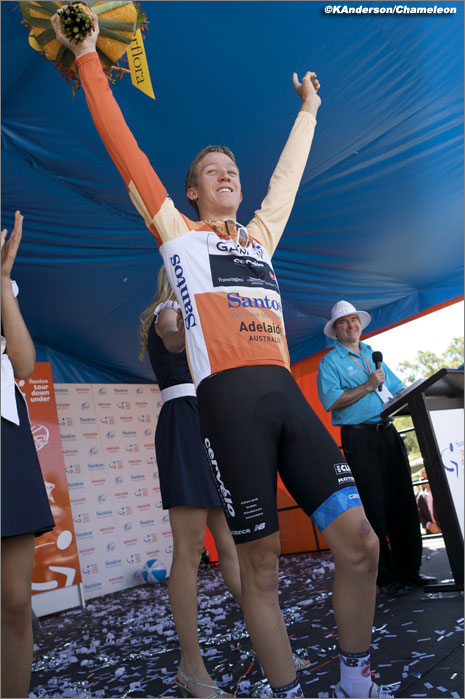 A happy, victorious Cameron Meyer at the conclusion of a great week of racing.

Cameron Meyer secured the overall victory thanks to Sky’s brilliant 1-2 finish. Meyer is no stranger to success having won 4 world championship gold medals on the track. There is no doubt that Cameron Meyer will be one of the next generation of Australian track riders performing at the top of the professional peloton. This victory is just a sign of what is to come.