Race Reports: The World Championships started today (Monday) with the Junior Women rolling down the start ramp in Copenhagen. The Australians have started well and must be looking forward to a barrell full of medals this year. Jessica Allen took the first Gold for the Australians and Luke Durbridge the second! 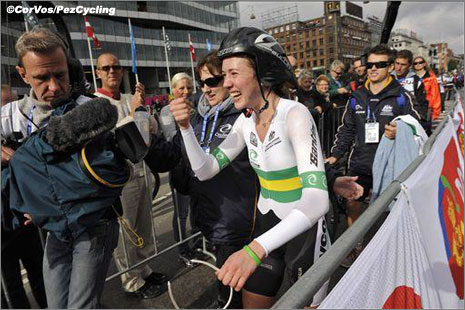 The course of 13.9 kilometres was slightly technical in places through the City streets, but was more for the power rider and the weather was perfect for a fast time. The Australian girl was last off which gave her something to aim for and had time check’s from her team car all round the course. 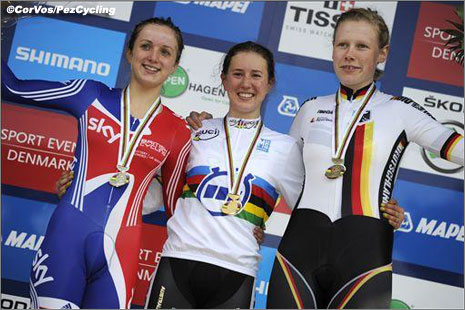 U23 Men TT World Champs
Hot favourite; Australia’s Luke Durbridge didn’t let the side down and took over half a minute out of Denmark’s home hope, Rasmus Quaade and to top of a great day for the Australians, Michael Hepburn won the bronze after a crash and bike change. 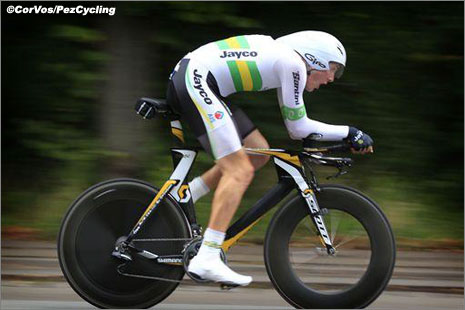 Another Australian; Damien Howson must be cursing the streets of Copenhagen as he crashed on one of the wide turns, but had one of the fastest early rides which topped the leader board for a long time. The circuit had some cobbles and bad road surfaces in places, but it was on a wide corner that riders were in trouble. The 35.2 kilometre (of two laps) course was fast with Durbridge pushing out a blistering time of 42:47 to give him his second world title to go with the Junior 2009 TT gold. 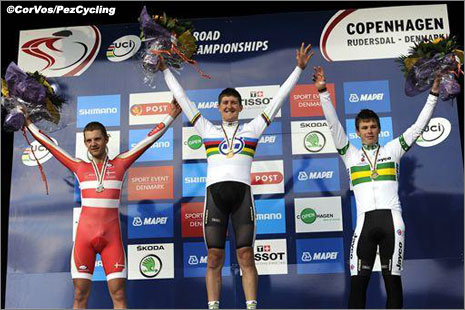