With the cobbles rapidly fading into memory, the hills of the Ardennes rise into view. VeloClassic’s Peter Easton takes a closer look at Sunday’s opening festivities in Holland’s Limburg region and the country’s biggest one day classic, the Amstel Gold Race.

Scrolling the cycling archives of 1966, the honor roll of victors in the Spring Classics lists the sports largest figures. Felice Gimondi, Eddy Merckx and Jacques Anquetil all graced the top step on the podium, continuing the growing legacies of Paris-Roubaix, Milan-Sanremo and Liиge-Bastogne-Liиge. Further down the list, Dutch rider Jan Janssen won Brabantse Pijl but the country’s riders found little success elsewhere. One name that does appear, albeit in an obscure reference, is Herman Krott. A part time racer and beer salesman for the Amstel brewery, Mr. Krott pulled off an enormous publicity stunt for Amstel beer that resulted in the first running of the Amstel Gold Race, from Breda to Meersen. What Mr. Krott failed to do as a rider and promoter in previous years he finally succeeded at doing- bringing international attention to Dutch cycling with a classic intended to rival the monuments. In 1966, the Amstel Gold Race was the new symbol of success for Dutch cycling. 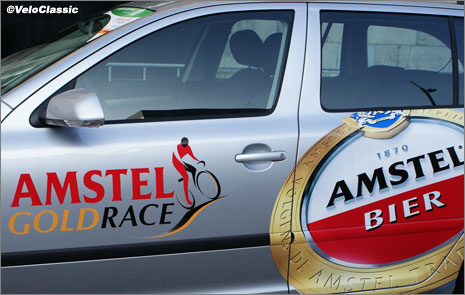 45 years later, there is still a misperception that this race fails to equal the more revered Classics. The primary criticism levied on the Amstel Gold is that it lacks certain identifiable features the more established races claim. But I have asked numerous riders on the start line if they would welcome the title of Amstel Gold winner and not one has said no. 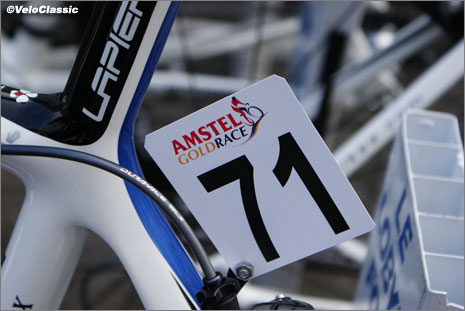 While it’s said certain races fail to add up historically, this raises some important questions. What exactly is the history of these older races that is so iconic, when much of it is racked with scandal and factual documentation is sporadic? Is the only interest simply a long list of winners? Or is it the tale of brave riders winning in unthinkable conditions? Each race, regardless of age, has faced developmental issues in modern times and the races we know now are not the same from fifty years ago, let alone a century. Why is there a consensus that what wasn’t witnessed is better than what is right in front of us, now, in the twenty first century? There are references made often to the glory days of cycling and the glory of suffering, but I have yet to be convinced of their definition. The one constant that transcends time in our sport is suffering. 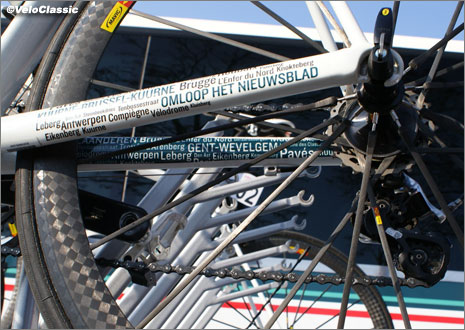 In considering the iconic features of the major spring classics- Milan-Sanremo, the Tour of Flanders, Paris-Roubaix and Liиge-Bastogne-Liиge – only the Muur van Geraardsbergen in the Tour of Flanders appeared before 1960, and even then it was only during 1950-52, before disappearing until 1970. Milan-Sanremo didn’t include the climb of the Poggio until 1960, the Cipressa in 1982; The Arenberg Forest made its cobbled debut in 1968 and then was excluded from 1974-1984 and in 2005. Every section currently used in Paris-Roubaix appeared after 1968. Liиge-Bastogne-Liиge has a turbulent history with sketchy archives. 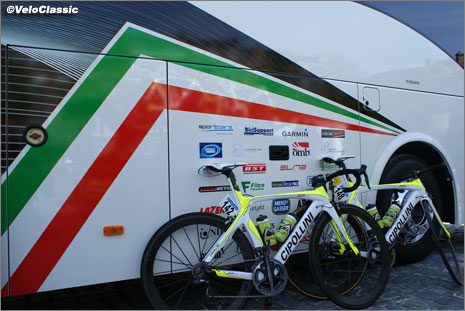 This places the emphasis of identifiable features in the major classics well into modern history and their appearance close to or after the creation of the Amstel Gold Race, which was not saddled with expectations that come with maintaining a certain historic feel or image. In 1995 former Dutch professional Leo van Vliet stepped into the role as the Amstel Gold’s course director and in 1998 he moved the start to Maastricht. In 2003 he took a bold step in creating its identifiable feature-a hilltop finish on the Cauberg in the village of Valkenburg. What took the other races five or more decades to achieve, Krott and Van Vliet accomplished in less than four. Ironically, this puts the Amstel Gold Race decades ahead of its predecessors.

For fans of Amstel, the race’s appeal is exactly that which it is criticized for, and understanding the vision of Krott and Van Vliet requires patience. While Flanders, Milan-Sanremo and Paris-Roubaix are point to point, and Liиge-Bastogne-Liиge is a large figure eight, the Amstel Gold consists of three loops, each smaller than the previous, navigating the narrow, twisting roads and undulating hills of Limburg, the southern most-and hilliest-province of the Netherlands. Each loop is punctuated with an ascent of the Cauberg, slowly spiraling in on itself, with increasing difficulty. 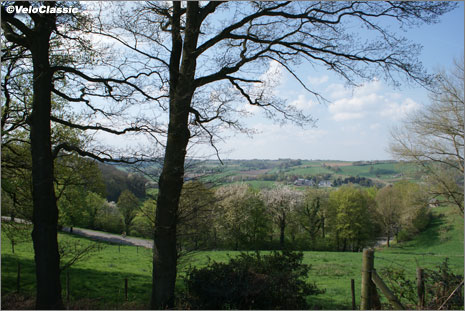 A 135 kilometer loop opens the race with 13 climbs, followed by 64 kilometers and ten climbs, and concludes with a 59 kilometer loop with eight climbs. This is where the Amstel Gold doesn’t so much as compete with the older classics as it sets itself apart. And this, while causing many to say it detracts from the normal mold of a classic, is exactly its strength. In a step away from the traditional, the Amstel Gold Race does not rely on a newspaper as its primary sponsor, so it is not selling stories, but a product. In the age of dwindling sponsors and disappearing Euros, a 45 year relationship with a corporate sponsor is historic, indeed. The past 28 editions of the Amstel Gold have produced 28 different winners, a claim no other race can make. So where exactly does the beauty of the Amstel Gold Race lay? 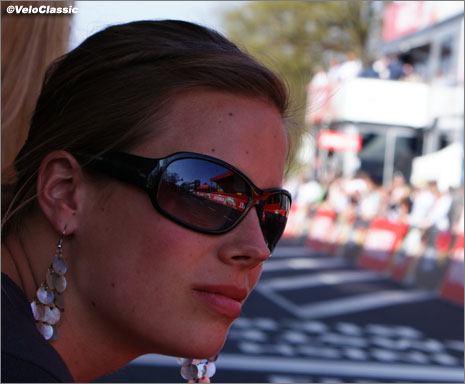 The orchestration of climbs that comprises the finish of the Amstel Gold Race may not initially strike fear into the minds and legs of cyclists unfamiliar with them. But the neatly packed finale clearly indicates this is as difficult a finish as there is in cycling. Narrow, steep and in rapid succession, this six climb recipe mixes up a potent cocktail that suits very few, and satisfies only one. Climbed individually, or in a succession stretched across a greater distance would have far less impact, and the narrow roads demand as much attention descending as they do strength ascending. The Gulperberg, Kruisberg, Eyserbosweg and Fromberg appear over 13 kilometers, with average grades on the Gulperberg and Eyserbosweg topping 8 percent, and maximum grades reaching twenty percent. 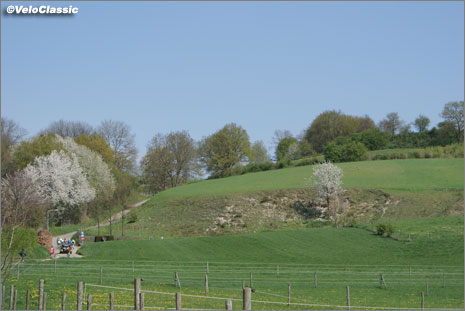 This 4,400 meters of climbing sets the stage for the Keutenberg and Cauberg, the transformative link that takes the race out of the shadows of farm fields and onto the blanketed streets of Valkenburg, proudly draped in orange as if prepared to announce the arrival of the Royal Family, one of the few moments in this nation that can equally draw such a crowd, create such anticipation and produce such hysteria. 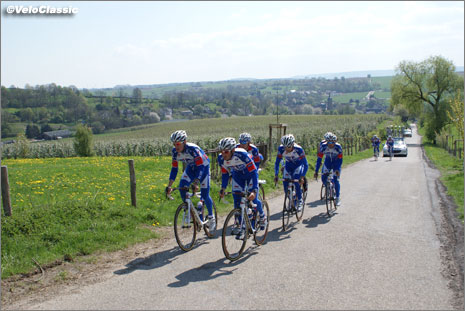 The Keutenberg is the penultimate climb, and reeks of the iconography that makes the Spring Classics so great. Long (1700 meters), steep (20 percent) and narrow means it has the potential to stage the final selection before the remaining eleven kilometers to the Cauberg. Both of these climbs have the potential to rival any Classic as the symbol of its race. For the Cauberg- 255.5 km of racing done, 1500 meters to go- it’s full on to the finish, all uphill. 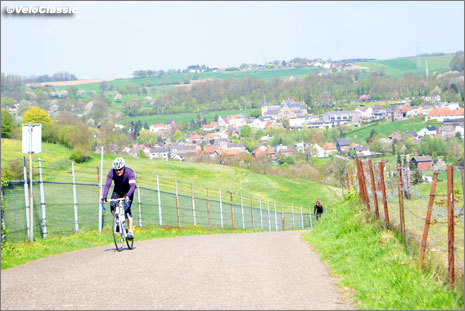 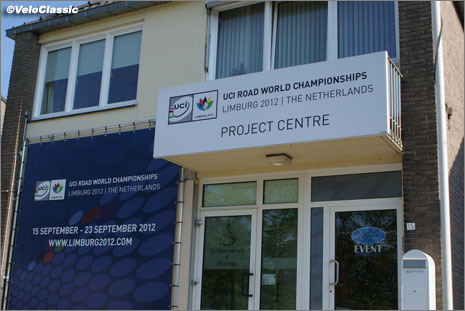 The atmosphere at the Amstel Gold is everywhere you go to celebrate Dutch cycling. The Maastricht-Valkenburg corridor and its surrounding villages embrace the weekend of activities, including 12,000 cyclists participating in six different courses in the non-competitive amateur ride and thousands more lining the hillsides, filling the villages, and consuming the intangible at a pace that is indicative of the Dutch lifestyle-relaxed, and with purpose. All reserved for the recognition of everything that is great about this country, this region, and their sport. 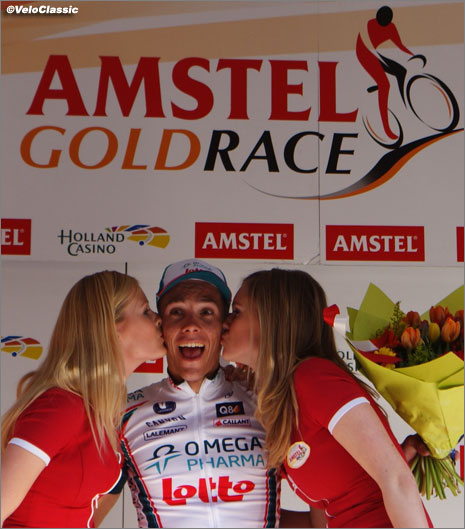 The pageantry in Maastricht that is played out on the roads and hills and crosses through Valkenburg links the media, fans, the region and sponsors into a cohesive unit that succeeds in its celebratory mission. When I think of this race, I am always reminded of a quote from the recently deceased Krott. He never hid his feelings about his creation. “The day I close my eyes, I do leave something magnificent.” 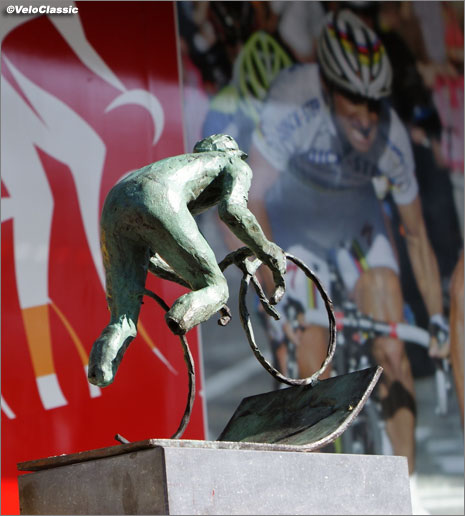 Peter and Lisa Easton are experts on everything Spring Classics and beyond. Catch up with them on the road with Velo Classic Tours and one of their eleven itineraries to the Classics. Visit VeloClassic.com for more information.
Like PEZ? Why not subscribe to our weekly newsletter to receive updates and reminders on what's cool in road cycling?

A Taste of Excellence: Dining In Maastricht

Amstel’12: A Stunner By Astana!