Photo Report: In spite of a tough climb over the feared Mt. Diablo, Liquigas-Cannondale’s fast man Peter Sagan made tour history by winning his 3rd straight stage. PEZ’s Darrell Parks presents his photos of the day… 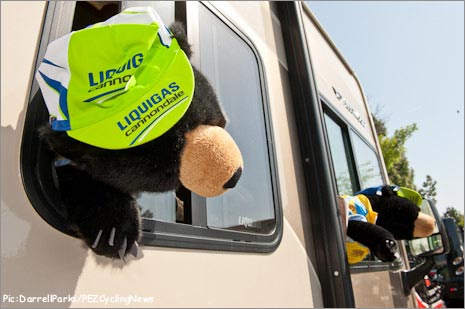 Two bears outside the Cannondale team motorhome before the start for the 2 Sagan wins.

Sagan was relaxed at call up.

“I don’t know what to say because it’s also a surprise for me,” said Sagan when asked about his third consecutive stage win. “I’d like to thank my team because they did very good work today.”

“This race is very hard for me because it’s a very long climb and the finish in the mountain is very hard as well,” said Sagan. “But, I did very good today and this suits me. Maybe I will try harder to win the yellow jersey one more day and after the time trial we’ll see.”

The peloton rolls out of San Jose.

Stage 3 began earlier today in San Jose and traveled 115 miles before ending in Livermore to huge crowds and beautiful weather. About 1 kilometer from the first King of the Mountain (KOM) at Calaveras Road, the attack began, and at the end of the KOM, it was Sebastian Salas (USA) of Optum Powered by Kelly Benefit Strategies; Jonathan Patrick McCarty (USA) of Spidertech Powered by C10; Jeremy Vennell (USA) of Bissell Pro Cycling; and Wilson Marentes Torres (COL) of Colombia-Coldeportes who crossed the line first. 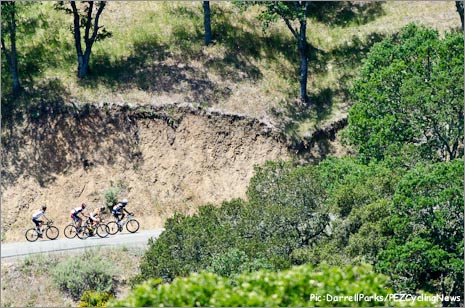 The break on the lower slopes of the Diablo climb.

It was these four riders who opened the first gap on the peloton, extending their advantage to three minutes and 25 seconds about 25km into the stage. Fans greeted the quartet as they passed through Livermore for the first time during Stage 3 of the race, and Torres, Vennell and Salas scooped up the first sprint points of the day. After 32 miles of racing, the break’s lead had stretched to five minutes. 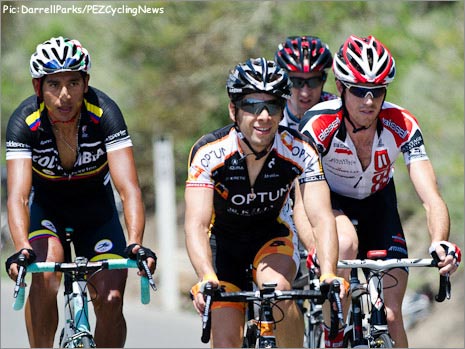 The break looking relaxed on Diablo.

The break harassed by a lower-cost version of Didi.

Coming out of the feed zone, the break had extended their lead to six minutes and 30 seconds, while Liquigas-Cannondale kept pace at the front of the peloton. As the break began heading up the climb of Mt. Diablo, they had stretched their lead even further to eight minutes. The break continued to work together on the Category 1 climb, but it was Salas who reached the KOM line first, followed by McCarty and Vennell. As Salas began his decent, he moved out in front of the break, but was quickly rejoined by the others. With the breakaway’s advantage at seven minutes and 40 seconds, Frantisek Rabon (CZE) of Omega Pharma-QuickStep, leading for Leipheimer, set the tempo in the peloton with Liquigas-Cannondale behind him.

Peloton on the lower slopes of Diablo.

With 37km to go, the break’s lead had dropped to three minutes, but the peloton continued to work hard, and Vennell and Torres were caught with 25km to go. BMC Racing Team, Garmin-Barracuda and Rabobank sat at the front of the peloton, with Jens Voigt (GER) of RadioShack-Nissan-Trek setting tempo at the very front. It was Fabio Andres Duarte (COL) of Colombia-Coldeportes and Nicolas Roche (IRL) of AG2R La Mondiale who reached the second KOM of the day first.

With defending Amgen Tour of California champion Chris Horner (USA) being escorted to the front, Rabobank took the lead at the head of the peloton with Argos-Shimano moving up. Haussler was led out to the sprint but, once again, Sagan outsprinted him to claim victory.

Sagan looks comfortable on the climb.

“Today was a hard day,” said Vennell. “Bissell’s plan was to be in the break today, so I am the lucky one to be here. I’m very happy with the way I rode considering the stage. There was a moment there that I thought we would stay away, and we were withholding them for a while, but we turned out in the plains there and the wind really zapped the last bit of energy we had.” 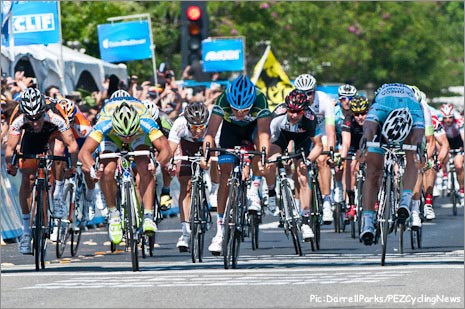 The final flat sprint into Livermore was a battle at more than 40-miles-per hour with a sweeping right-hand turn into the finish, contested by three of the world’s top sprinters including Sagan, Haussler and Boonen, the world’s No. 1-ranked rider. 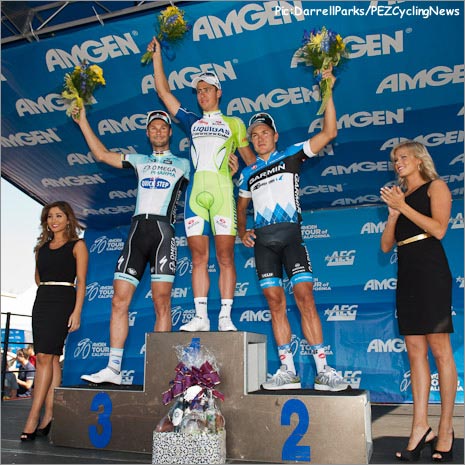 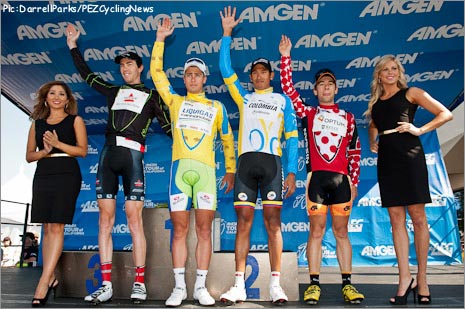 Showing he will not be beaten easily, Sagan retains the Amgen Leader, Visit California Sprint and Rabobank Young Rider Jerseys. Because Sagan will wear the Amgen Leader Jersey at the start of Stage 4 tomorrow in Sonora, Haussler will be in the Visit California Sprint Jersey and Josh Atkins (NZL) of Bontrager Livestrong will remain in the Rabobank Best Young Rider Jersey. Vennell will wear the Exergy Most Aggressive Rider Jersey, Torres will be in the Amgen Breakaway from Cancer® Most Courageous Rider Jersey, and Salas will sport the Nissan King of the Mountain Jersey.

“From the beginning of the Amgen Tour of California , one of our goals was to get the KOM jersey,” said Salas. “I was in the breakaway in Stage 1, and David Boily and I had a battle over one of the climbs. I was going into the day with a five-point deficit and, once I got to the break at the start, I took the opportunity that he wasn’t there and drove the break and got some points over the tail end and over Mt. Diablo as well.” 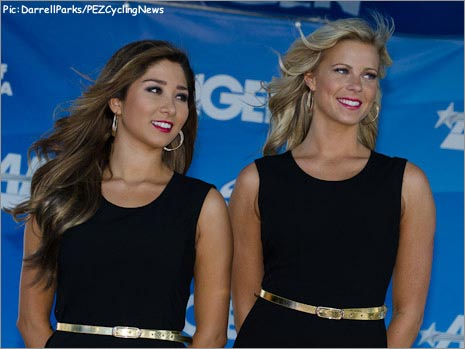