Those cycling books I used to read in the 70’s told me that the ‘Fleche Wallonne’ had a route which resembled an arrow in flight. I could never see it, personally – but I later read it was because the route slices across Wallonia like an arrow. Whatever the reason, it’s the ‘Walloon Arrow’ or ‘Waalse Pijl’ as they say in Flemish.

Starting in Charleroi, the race heads east to describe loops around and through the town of Huy.

These loops include three ascents of the tough ‘Muur Van Hoei’ as the say in Flemish – ‘Mur de Huy’ in French.

Whilst it’s not a Zoncolan or Angliru, it’s pretty damn tough – a 1300m climb with an average gradient of 9.3%, and maximum ramps of approximately 17 percent. 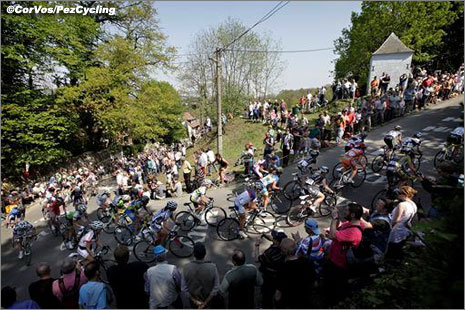 There are another seven categorised climbs but in the latter stages of the race there’s very little flat road.

Race distance for 2012 is 194 kilometres, which makes it a more open race – there are many more riders who are competitive over five hours than there are over six-and-a-half hours. 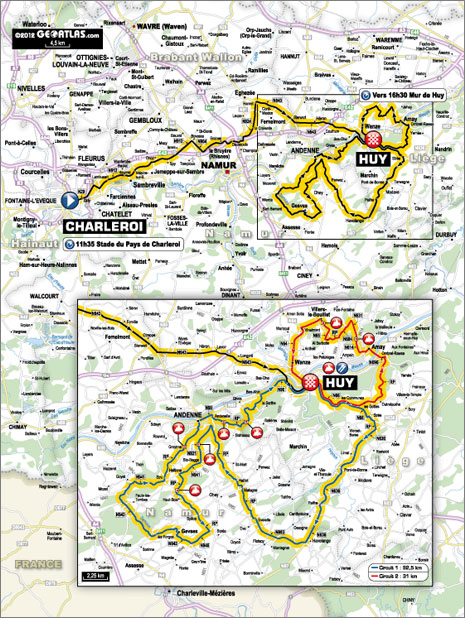 This makes it difficult to have a ‘typical winner’ – three of the four men who have won the race have done so during my lifetime and emphasise the point.

Venetian, Moreno Argentin was small but solid with a power to weight ratio which made him practically unbeatable in an uphill sprint. 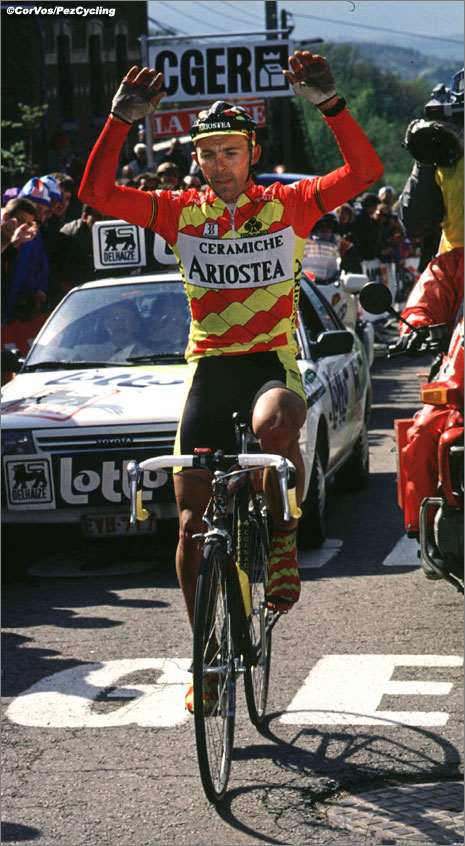 Staying with Italy, Davide Rebellin is our third three time winner, a waif of a man – you could mistake his bike for a junior’s.

The fourth of the three time winners was Belgian Marcel Kint – but that was 1943 to ’45 and I’m not that old.

Many of the big names have won here – albeit over a route which has varied much over the years – Riks Van Looy and Van Steenbergen, Raymond Poulidor, Roger De Vlaeminck, Francesco Moser, Bernard Hinault have all won, as well as ‘Big Ted.’ 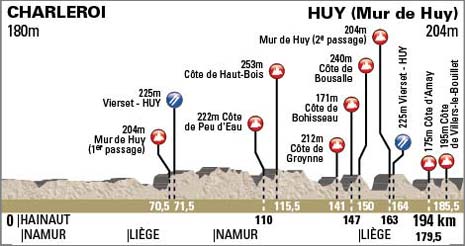 But you have to go all the way back to 2001 to find a winner who was a big, powerful man – Belgian, Rik Verbrugghe. 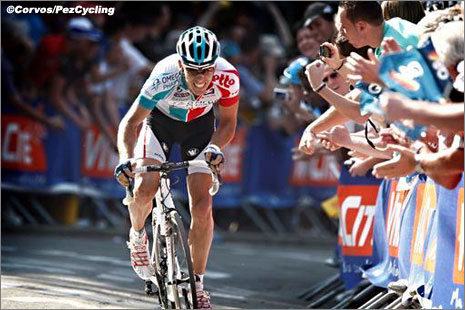 Last year Gilbert was unstoppable, on a wave of form where it was news if he lost a race.

This year the form has been less spectacular – albeit he was looking like 95% of the 2011 PhilGil model on the Cauberg in Sunday’s Amstel Gold Race.

The man will be desperate for a win so he can stop from being asked the same question in one hundred different forms.

BMC team mate Cadel Evans doesn’t ride, so Phil will have Greg Van Avermaet and Mauro Santambrogio all to himself – both riders were hugely impressive in the Amstel finale. 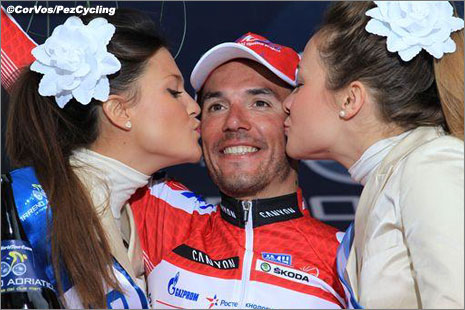 Second last year was diminutive Spaniard, Joaquim Rodriguez (Katusha) – he should have been one of the favourites for the Amstel on Sunday after a blistering Pais Vasco but it didn’t happen.

He’ll be looking for better on Wednesday.

Spain also provided the third finisher last year in the shape of Olympic champion Samuel Sanchez (Euskaltel) – but ‘Sammy’ has ‘passed’ on the Fleche, this year.

Whilst it’s unlikely Lampre can come up with a Cunego substitute, Liquigas have ‘The Shark of the Straights,’ Sicilian, Vincenzo Nibali to replace Sagan with.

Nibali used the Amstel to find his race legs after a training camp and should be in the mix on the Mur.

GreenEdge to have a good substitute for Gerrans in Michael Albasini, the Swiss rider was 12th here last year and already has the Volta a Catalunya notched on his top tube for 2012. 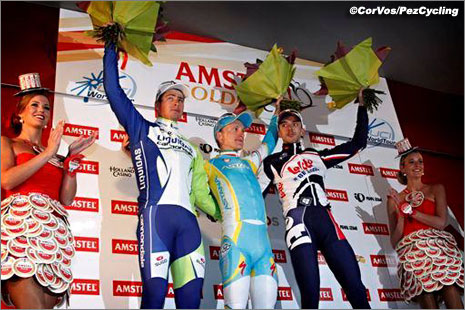 Looking for two riders to watch? First and Second from Amstel is a good place to start.

Sunday’s Amstel was another pointer for the Fleche with winner, Enrico Gasparotto (Astana & Italy) reminding himself of his dormant talent – he’ll be there on Huy.

Second on the Cauberg was that rare example of a ‘lanky Belgian climber,’ Jelle Vanendert.

The Lotto man burst into our consciousness with a fine win on the Plateau de Beille in last year’s Tour de France – he’ll be there, too.

Sagan was third on Sunday, the remarkable Oscar Freire (Katusha & Spain) fourth and Voeckler fifth – but no Mur for any of them, or seventh placed Sanchez.

Gilbert took sixth and six places further back was Frank Schleck, big bruv has been talking himself up for Wednesday – we’ll wait and see. 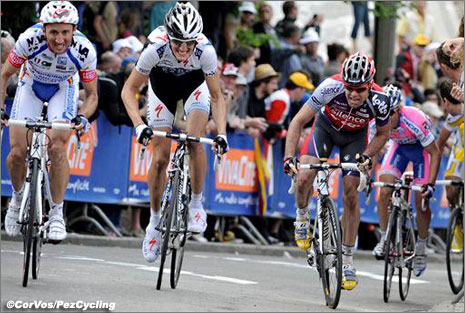 Andy Schleck has come close in the past…

Andy too has been quiet – the brothers really have to impress on the Mur.

Brad won Paris-Nice, Cadel won the Criterium International – there’s been no such confirmation from the men from Luxembourg.

The Amstel was a disappointment for the Dutch teams Rabobank and Vacansoleil – Bauke Mollema was best of the Dutchmen for the orange team.

They’ll be hoping for better on the Mur; Mollema rides again, as does Robert Gesink – on paper, the finish is made for the lanky Dutchman.

It looks like Gilbert to us – and bear in that we tipped five of the first seven in the Amstel.

However, the winner Gasparotto and second placed Vanendert didn’t get a mention from us – but the Ardennes Classics are like that!

Toolbox: The Role Of Personality In Performance