The Amstel Gold is the whipper snapper of the Classics; with the race first held as recently as 1966, when Polish turned French ex-coal miner Jean Stablinski won. Since then some of the greatest names in the sport have triumphed in Holland’s only Classic – Eddy Merckx, Freddy Maertens, Bernard Hinault and Johan Museeuw all have it in their palmares.

But the record man for the event and who managed to get it named after him, rather than the other way round – the ‘Amstel Gold Raas’ – was Dutchman Jan Raas.

The wily man from Heinkenszand won five times between 1977 and 1982; with the locals continuing to dominate the race through the 80’s with Hanegraaf, Knetemann, Rooks, Zoetemelk, Nijdam, Van Der Poel and Maasen all topping the podium.

The last Dutch winner was Erik Dekker in 2001 and unless there’s a surprise this Sunday then it will be at least another year before his feat is equalled – but more of that in a moment. 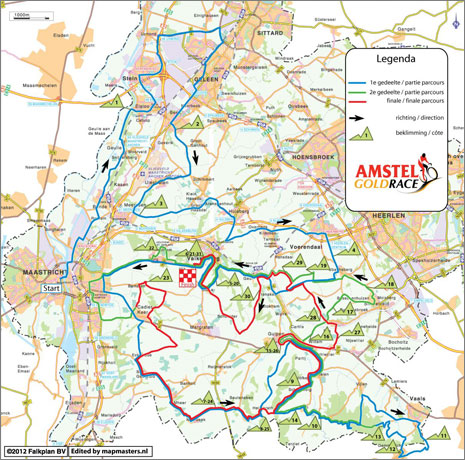 The parcours are not for the faint hearted – 257 kilometres with no less than 31 climbs, finishing atop the horrible Cauberg.

As well as assaulting the contour lines on the map the route is perhaps the most complicated of all the classics, winding around the Limburg region of the Netherlands like a demented ball of string unravelling.

Unusually for a classic there’s a huge urban element to the race with all of the hazards that brings; speed bumps, traffic islands, bollards, signs, chicanes – Robert Millar used to call it the ‘Tour of the roundabouts.’

Any professional will tell you that they’re not keen on racing in Holland, the road furniture makes it very hazardous – as does the fact that many of the lesser home riders are prone to acts of madness to move up the string even one place.

This means that it’s not a race for delicate riders – you have to be able to use your elbows, shoulders and knees when the need arises. 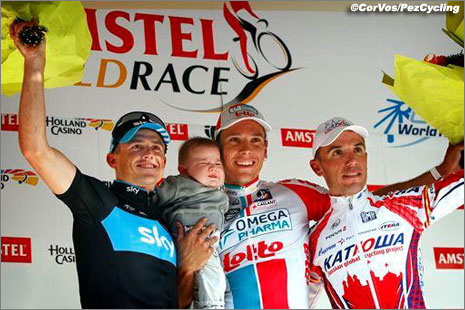 There are some tough cookies on the palmares – Russia’s Sergei Ivanov, Kazakh Alexandre Vinokourov and of course, winner for the last two years, Belgium’s Philippe Gilbert.

But barring miracles, Phil isn’t going to make it three in a row.

Whatever the reason, be it illness or a winter of speculation about which team he’d end up with, the multimillion salaried BMC Belgian just is not ‘firing.’ 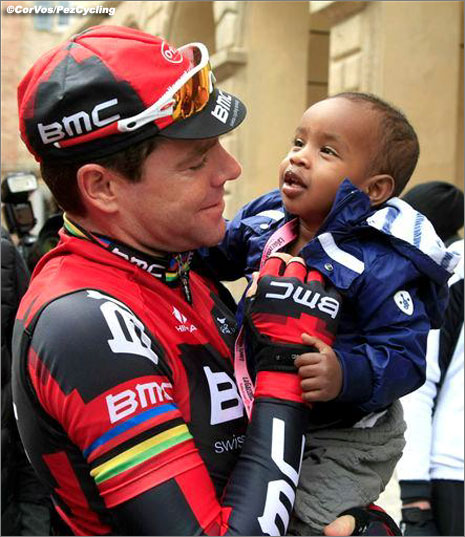 Cadel Evans is enjoying a solid run of form right now – he’ll be a rider to watch on Sunday for BMC.

Team mate Cadel Evans rides though – let’s not forget that the Aussie won the Fleche Wallonne two seasons ago and has won the Criterium International already, this year.

The great cobbled classics were easy to speculate on – just buy a rubber stamp which said; ‘Boonen,’ but the Amstel is a harder beast to disect.

The best place to start is perhaps last year’s race.

Gilbert won, but it was a very disappointed Joaquin Rodriguez who took the runner-up spot. 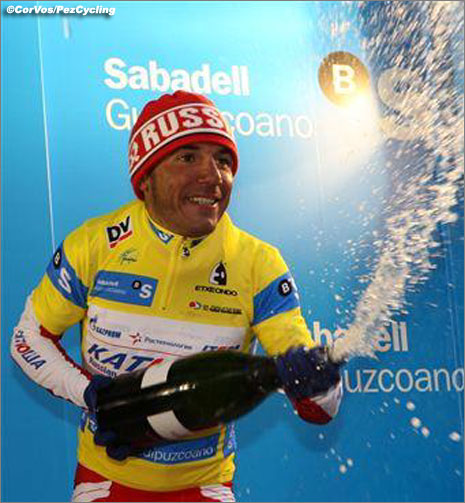 Joaquim Rodriguez could be the very happy benefactor of Gilbert’s missing brilliance.

His 2011 season continued in great vein; he stood on the podium in Fleche Wallonne, won stages in the Dauphine, Vuelta and Burgos – as well as winning the latter overall.

And this year the little Katusha man continues to fly – a stage in Tirreno and two stages in Pais Vasco testify to that.

If that look in his eye on last year’s podium is anything to go by then the Spaniard won’t be far away on Sunday.

But Katusha have another string in their bow – also from the Iberian Peninsula.

Oscar Freire in what may be his last year is certainly not having one of those unfortunate ‘one seasons too many.’ 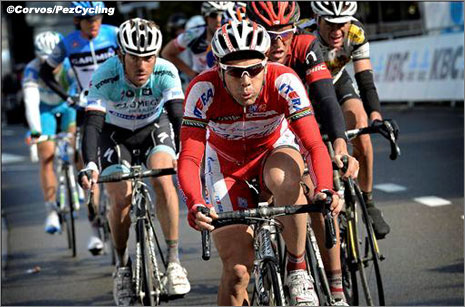 On the contrary he’s been rattling out a string of impressive results – stages in Down Under and Andalucнa, seventh in Sanremo, second in the E3, fourth in Gent Wevelgem, 12th in Flanders and second in the Brabantse Pijl.

He was top ten in the Amstel last year and whilst a win is unlikely, his form gives Rodriguez much more room for manoeuvre.

We go to Spain again for our next choices – Olympic champion ‘Sammy’ Sanchez. 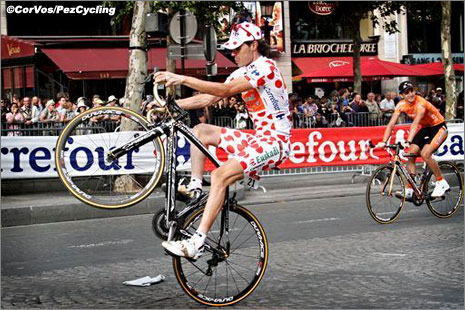 How could we not post a shot of Sanchez wheelie-ing down the Champs d’Elysees?

The fire still burns in ‘Samu’ – a stage win in Catalunya and second on GC was the precursor to the overall win in his team’s home race, the Pais Vasco.

To win in the Basque Land he had to win the final time trial – beating Tony Martin in the process. 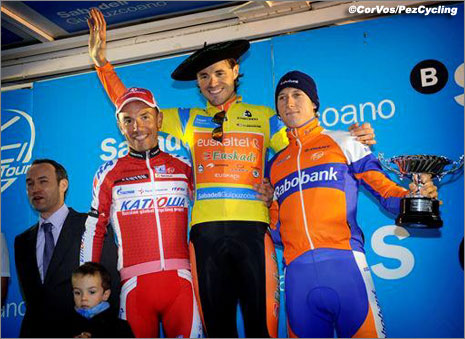 The climbs, tricky descents and distance all hold no fears for the man from Oviedo – it’s very possible.

And back from Puerto Purgatory we mustn’t forget yet another Spaniard – Alejandro Valverde Belmonte. 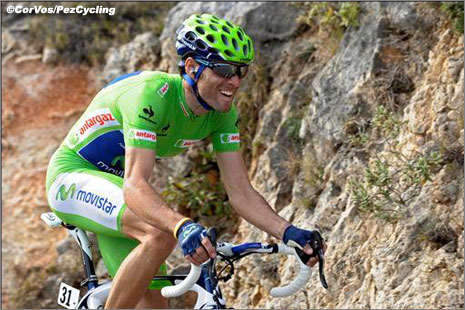 Like it or not, there’s a fair chance Alejandro Valverde could be the Amstel Gold winner on Sunday.

He hit the ground running with a stage win Down Under, took a stage and the GC in Andalucнa, won a stage in Paris-Nice and was second in the recent Klasika Primavera

If he’s in the group at the end, he’ll be very hard to beat.

Third last year was versatile, smart Aussie, Simon Gerrans – but how is his 2012 form? 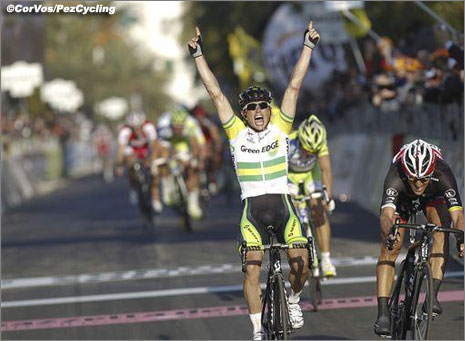 The Australian Elite road race championship, the Tour Down Under and Milan-Sanremo – that rather says it all.

He can rely on total support from a strong GreenEdge formation and must start as one of the favourites, again.

The Amstel is the Dutch team’s big chance to make a noise at home and Rabobank and Vacansoleil will be highly motivated for it.

The men in orange have home boy Lars Boom – but it’s not a race for the really big men – and Matti Breschel, as their best bets. 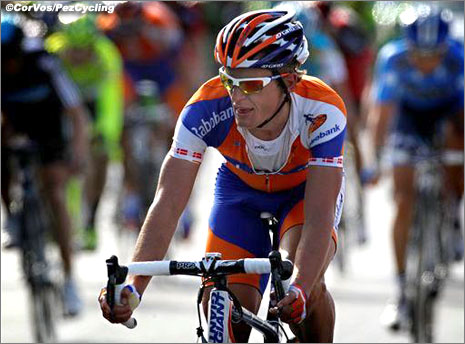 Matti Breschel seems to get better each week – the finish on the Cauberg could be good for him.

The Dane is coming back to the boil after an injury blighted 2011 and he’s in his element in a cut and thrust race like this one.

Dutch man Robert Gesink made the top ten last year and could do the same again.

For Vacansoeil, I’ll let their press release do the talking;

“Johnny Hoogerland (NED); Hoogerland is recovering from a cold but after his results in Tirreno-Adriatico (5th in GC) and being in the front group in the 2011 Amstel he is full of confidence.

Lieuwe Westra (NED); the number two of Paris-Nice and stage winner at the steep uphill climb to Mende trained in Spain since the Tour of Flanders.

He aims to do good in the coming classics and Tour de Romandie.

Wout Poels (NED); the winner of the young rider classification of Tirreno showed in Pais Vasco that he is ready for the Amstel and the race he aims for Fleche Wallonne.

In the 2011 Vuelta he showed that steep arrivals fit him.” 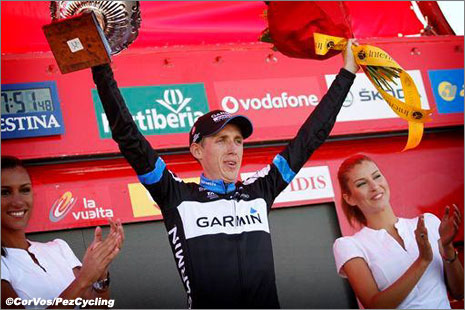 The spring has been slow in arriving this year in northern Europe – that could be good for Daniel Martin’s allergies and even better for his chances in Valkenburg.

Another man who the ‘steep arrivals fit’ is Garmin’s Birmingham Irishman, Dan Martin – he was good in Catalunya, he might just be even better in Limburg.

At the time of writing, we’re not sure if Liquigas’s precocious Slovak talent Peter Sagan will be riding – after his crash in Wednesday’s Brabantse Pijl – but if he does and he’s recovered, he has to be watched. 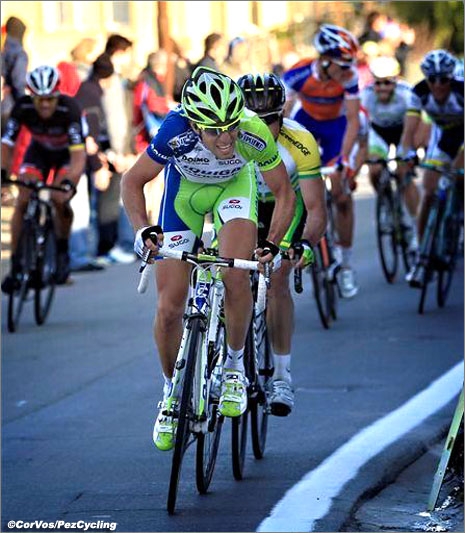 If not Sagan, there’s definitely the Shark!

And on the subject of the Brabantse Pijl – Tommy Voeckler is coming nicely to the boil, winning the ‘Brabant Arrow’ on the back of a Ronde top 10 – the French ride on their morale, and his is good. 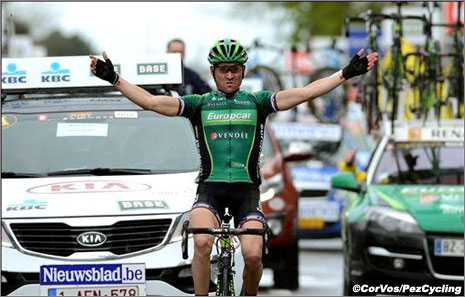 If the winner doesn’t come from any of the above names then it’ll be a surprise – but then the Amstel can be a surprising race.

A Taste of Excellence: Dining In Maastricht