Race Preview: From Algeria to Venezuela; and Ahmet Akdylek of Turkey to Amir Zargari of Iran, they’re all here. ‘Tout les monde’ as the French would say – the whole world from A to Z – 145 riders from across the globe…once every four years, they assemble to fight for Olympic gold.

But the first point of order is, should Ahmet, with a best 2012 result of fourth on GC in the Tour of Trakya in Turkey – and who some of the palmares websites don’t even acknowledge as existing – be on the same start sheet as Tom Boonen?

On the one hand there’s the Olympic ideal of ‘all the nations of the world coming together.’

But on the other hand, there’s the UCi and IOC obsession with points/qualifying/rankings – should Ahmet be on the start line when there are dozens of superior European riders watching the race on TV?

Of course, the other way to look at it is; ‘should Tom Boonen be riding?’ – should the race not be for U23 riders, wouldn’t that be closer to the Olympic Ideal?

But ‘it is what it is,’ and tomorrow those 145 riders will face 250 kilometres in and around London.

The circuit, which includes the much discussed Box Hill is tricky and technical, to be covered nine times.

Locals tell me that; ‘it’s not really a hill!’

However, on the ninth ascent with Stijn Vandenbergh on the front of the peloton, that opinion may have changed.

The general consensus is that it’s ideal breakaway territory – but the ‘rub’ is that it’s 55 kilometres from completion of the circuit to the finish line on the Mall in the heart of the British capital.

That’s a long way if Bradley Wiggins and Ian Stannard are chasing you.

Which leads us into race tactics for the home favourites; do GB ‘double bluff swerve,’ put a man in the early break and take the pressure off – or do they ‘do a Copenhagen?’

Both have their hazards – if the break ‘sticks’ and riders get across and all of a sudden it looks dangerous; then you’re a man light to chase.

And this isn’t Copenhagen with eight men to tap out the rhythm for Cav, its London with four.

Of course – and we have to whisper this – there may be riders from other nations riding for Cav.

To quote Mr. Dan Fleeman; ‘there’s no problem in professional cycling which cannot be solved by a brown paper envelope stuffed with Euros’ – amen.

Apart from GB, no team with serious thoughts of winning will want a bunch sprint.

If Cavendish is there, no matter how badly he’s been mauled on the nine ascents of Box Hill, he’ll win – period.

In a straight sprint – especially in front of his home crowd – he’s the fastest, the Tour confirmed that.

But there’s no guarantee it will come down to a sprint; and with that in mind, let’s look at the PEZ top ten Olympic tips – in alphabetical order, to avoid favouritism:

Tom Boonen: A stellar early season with wins in Gent-Wevelgem, the Tour of Flanders and Roubaix says it all about his condition and morale.

He rested, won the Belgian champs, skipped the Le Tour and prepared for London with the Tour of Poland. 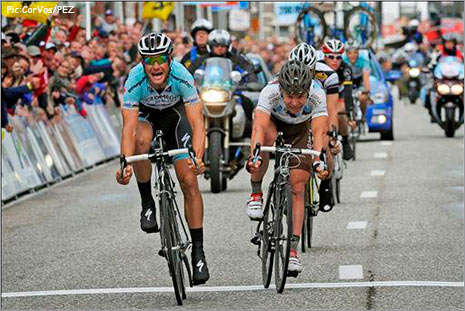 So far, so good – but he sustained a broken rib in a crash during Poland, the only ‘blip’ in a perfect build up.

He can’t beat Cav in a straight sprint, but after 250 K of hard racing, he can beat just about everyone else.

When his head is right and he really wants to win, he’s very hard to beat – and the word from Belgium is that it’s ‘all for Tom’ within the team.

If it comes down to a sprint from a group, he’ll win.

Fabian Cancellara: Like Boonen, he’s fuelled by pride, these are almost certainly his last Olympics and he’ll want to go out in style.

He pulled out of the Tour early to be at his wife’s side for the birth of their child – but it’s just possible there were other things on his mind regarding that withdrawal, like winning in London. 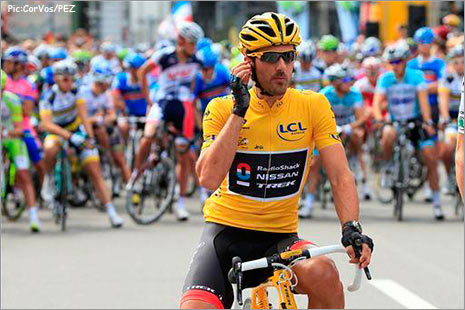 He bridged up late in Beijing to muscle his way on to the podium – watch for a late effort from him if there’s still a peloton.

If there’s a winning break, he’ll be aboard – we don’t envisage a win but a medal is very possible.

Mark Cavendish: His sprinting form is beyond question, his weight is down, his motivation is sky high – if it’s a bunch sprint then he’ll win. 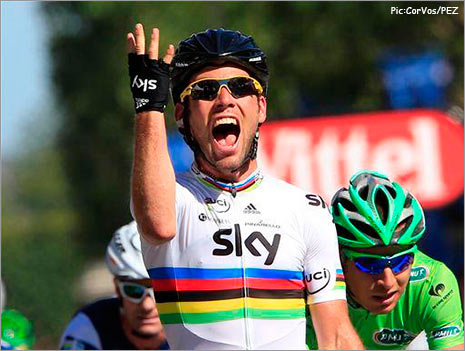 The question that all of the other big cycling nations have to ask is; ‘how do we avoid a bunch sprint?’

Sylvain Chavanel: Another man who pulled out of the Tour, early.

If he’s fully recovered from illness then he has to be considered. 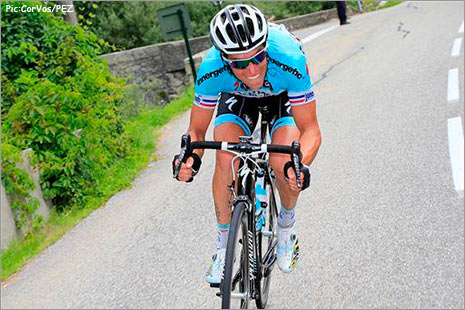 An aggressive rider and one who ‘never says die,’ he won’t be sitting waiting for a bunch sprint, that’s for certain.

He’ll be in the breaks and if the right men get across, no one helps GB chase, and Chava is on his best form . . .

Cadel Evans: It would be easy to write Evans off after his disastrous Tour showing.

But the man has been a pro for a long time, his recovery is excellent and his pride will have been stung. 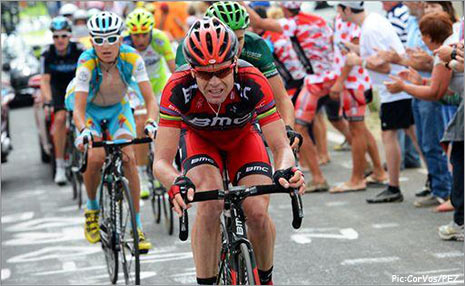 He knows what it takes to win Classics and the Worlds – GB will definitely be worried if ‘Cuddles’ disappears up the road on the Box Hill circuit.

Simon Gerrans: A quiet Tour for the Australian champion, but you can’t take those miles out of his legs – if he’s recovered then he’s another man who Sky (sorry, GB) won’t want to let gain any daylight. 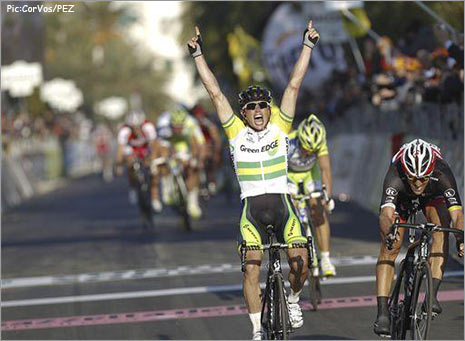 This is a man who won the Primavera, remember?

Philippe Gilbert: After his successes of last season, it was always going to be difficult for 2012 to live up to expectation.

It’s not as if he’s going like the proverbial ‘bag of washing,’ but that spark which make the difference between ‘good’ and ‘brilliant’ hasn’t flashed. 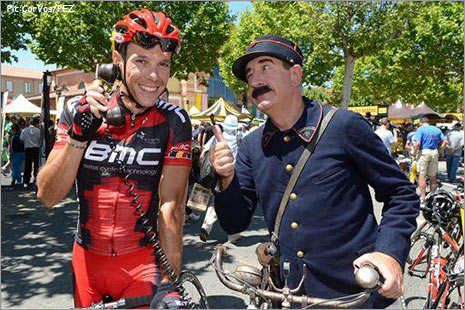 But as with Gerrans, you can’t take the Tour back out of his legs and where he could score is if Belgium fires him up the road early and the break sticks.

Matt Goss: A ‘nearly’ season for Goss, with a host of second places and ‘just’ a Giro stage win to write home about. 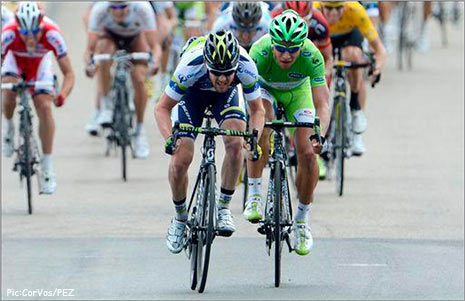 But if it comes down to a smaller group with no Cav, then he can win – even with Boonen there.

Peter Sagan: The Tour simply confirmed what we already knew – that Peter Sagan is a special rider.

He can climb, sprint, ride in the breaks – and loves to win.

In short, he’s a champion. 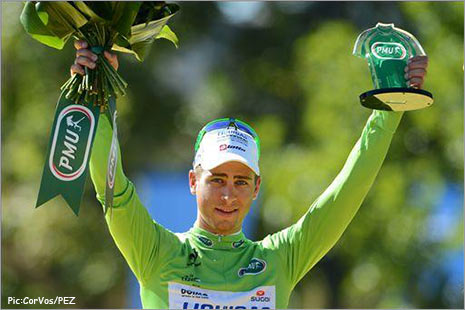 If Peter came from that cycling hotbed, Brazil then he’d have three team mates – as it stands, he has none and has to fend for himself.

His other problem is that everyone is only too well aware of how good he is – but so was LL Sanchez in Le Tour, and we know what happened . . .

Luis Leon Sanchez: And on the subject of said Spaniard, it’s not just his Tour stage win we have to look at, but also his third place in the final ‘chrono.’ 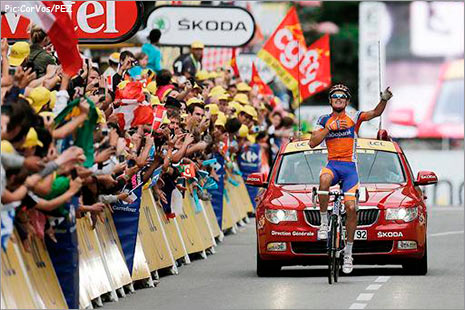 He’s a man on form, has the wits of a Covadonga wolf and the acting skills of Marlon Brando – he could win it if it’s a group at the end.

As with the Aussies, the Spanish have men on board whom GB won’t be keen to let go too far – take Alejandro Valverde, for instance. 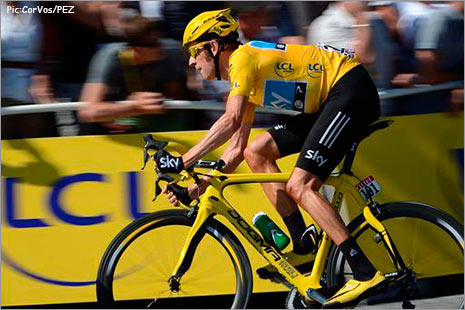