Race Analysis: With Dan Martin taking a well deserved victory in the Giro di Lombardia yesterday Lee Rodgers takes a look back at the action and studies that rare breed of rider – an attacker who took a chance and won!

In case you missed it, something rather profound and about as rare as a white rhino sighting in downtown Milan happened yesterday on the roads of Lombardy. Yes, ladies and gents, a professional bicycle rider took a chance and won a road race.

Reports of such events have been steadily on the decline in recent years, a situation that has often been attributed to climate change. These hot-blooded riders, it was thought, were simply burning up and spontaneously combusting as a result of the increase in temperatures worldwide, leaving the spoils of victory to be fought over by their more calculating, cold-blooded brethren.

When a gaggle of raggedy-arsed lycra-clad cavaliers was spotted clinging to the filthy remnants of an iceberg just north of Canada, fighting off a posse of deranged, starving polar bears with handpumps and tire levers, some wondered if we hadn’t seen the last of the gung-ho have-a-go gang.

‘They’ve given up the ghost!’ shouted one commentator, spreading the rumor that the last remaining chancers had gone to live with the eskimos, bereft of hope, forever cursed by the late charge of the peloton, driven near insane by the Philosophy of the Conservative Modern Rider, he who just does enough, he who lives by the Doctrine of the Waiting Game. 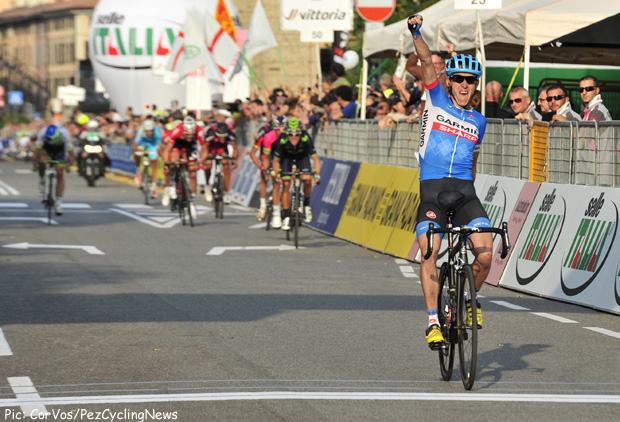 But yesterday! Oh the beauty of it! There, from the pack of the zombified, he emerged like a phoenix rising from the crashes… I mean ashes! It was none other than the gap-toothed Daniel Martin, streaking through the dross and the floss to avenge his history of loss!

And tell me that your heart wasn’t in your mouth as he hit that last corner!

Didn’t you see him in your mind’s eye just wiping out on that last bend, skin shredding, dreams ebbing, reputation as a choker cementing? I needed a hefty slap on the back to get breathing again as he pulled through and peeled away towards the line, I was that terrified of seeing him hitting the deck again. 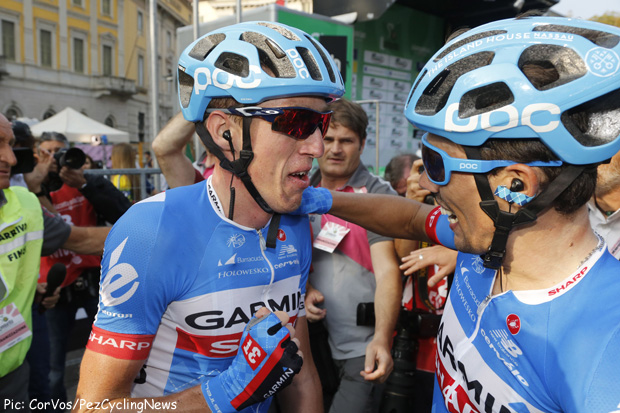 The win was as deserved as his attack was perfectly timed. He looks like a man from another era and he rides like one too. He manages to combine the look of a slightly bemused schoolboy with that of highly trained athlete, and most non-cycling fans would never guess in a million years if they saw him in the street that he was amongst the top .001% of fit people on the planet.

But dang, can this guy ride a bike. He also rides like he’s from another era, or like a junior, maybe. I mean that not with disrespect, but with the utmost.

At the end of the race yesterday, struggling to cope with the huge grin that had landed on his mush, he spoke about crashes and previous disappointment, but also of the attacking verve that infects his riding.

“I was nervous with the last corner as I crashed here last year and last week I crashed too. I wanted to attack on the last climb but I couldn’t get through, so I had to wait. I needed to do something though so I went for it, I saw the gap and just went.’

Yes, folks, he took a chance and was looking to go even earlier. That he didn’t find a way through on the final hill most definitely won him the race, as with the caliber of riders in that final mix would most certainly have seen him caught. This isn’t to suggest that he isn’t up there with many of them, but that their combined firepower would have overcome his alone, in my opinion.

And in the end, the others lost because of Martin but also because of the fact that so many riders these days are disinclined to take a chance. Many riders would rather come in in the first group with a ‘decent’ top ten finish than strike out for the line and be seen to fail for what might be perceived as poor tactical decisions. 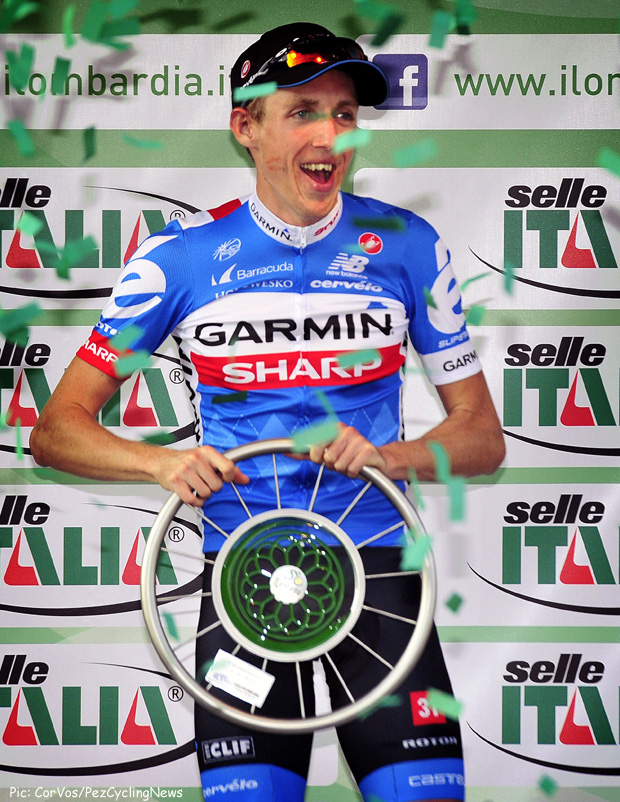 To the attacker goes the spoils

You’ll have to forgive the hyperbole of the opening of this article. There certainly are riders out there who still give it some, riders who have no sprint for example, or those who just like a proper dig and don’t feel like they’ve been in a race unless they spend 80km off the front, but it is also true that in general, riders seem more conservative these days.

The advent of the earpiece was a big factor in that, and the plans to do away with it would, I think, not necessarily mean a return to more adventurous riding, as the top ‘train’ teams, like Sky and OPQS for instance, have become so highly adept at reeling in breaks that things would not change overnight. These riders can sense the distance between the break and the pack, as a result of their combined experience.

Dan Martin’s win yesterday though didn’t come from a long break, and it didn’t come from an attack on the hill, even though that was the point he’d planned to go. Rather, it came from using his brain, from seeing a gap, an opportunity, indeed from considering a risk in the blink of an eye – and from just going for it.

The others in the break could all have won, though Valverde looked the best bet on paper and his second somewhat confirmed that evaluation. But they sat in, they waited, they looked at each other and their conservatism lost them even the chance to contest the win. Some riders in that break have built careers on striking out, like Gilbert, but he lacked the hill that he relies on so often.

The others fidgeted and blinked, and the fear of failing – not of losing – was all over their faces. From the hesitation, Martin’s seizing of the moment, his philosophy of Carpe Diem, came like a shock of brilliant light out of the darkness. All was illuminated. All was good. He even had a moment to mention his ride earlier in the year at Liege, when a leaf or oil or whatever it was cost him the race on the last corner.

“I didn’t want to crash at the end like I did at Liege,” he laughed, that disappointment now but a distant memory.

L’Eroica: Bianchi Back to the Fore as Main Sponsor