Red Bull Last Stand, an eliminator style criterium cycling race, thrilled the crowd in downtown San Antonio today in the second year of the competition around the infamous Alamo Mission. The race featured some of the fastest male and female cyclists in the world, from as far as Italy, the UK, Canada and the Philippines, in both geared and fixed divisions. A crowd of 15,000 took in the nonstop action in the daylong event.

Red Bull Last Stand again used the eliminator format, which boots the slowest rider of each lap from the race until one rider is left as the last standing. This kicks the racing into another gear by leaving no room for error for the competitors, and for thrilling action down the stretch.

Riders were zooming upwards of 40 mph around the nine challenging turns of the 820-meter track circling Alamo Plaza. For the athletes, only the strongest survive in the eliminator format. So every decision of each lap took on much more importance. When to breakaway? When to draft? When to attempt your chase? Several riders answered all these questions and left San Antonio with big wins on Saturday.

The day belonged to Mexico’s Ingrid Drexel, who managed to be the last woman standing in both Fixed and Geared Women’s Division races. The up and coming star truly dominated the day, finishing first ahead of the always dangerous Sammi Runnels in both events. This also meant she earned the Double Down Award, given to the woman with the most complete laps and highest finish in either discipline, giving her a clean sweep of the competition.

At just 24 years old she has already competed in the 2012 Olympic Games in the Women’s Individual Road Race Competition, and won the 2017 Championship at the National Road Cycling Championships. Now she can add multiple victories at one of crit racing’s most difficult courses to her growing resume.

She credits her teammate on Team Tibco Silcon Valley Bank Lauren Stephens with providing the inspiration for her today. “She was the only one out there today with me. We knew we didn’t have as many girls as other teams, but she really motivated me. My legs were pretty tired after the Fixed Race, but with her help I powered through. We did a really good job as a team, especially in the Geared. I’m just really happy overall.” 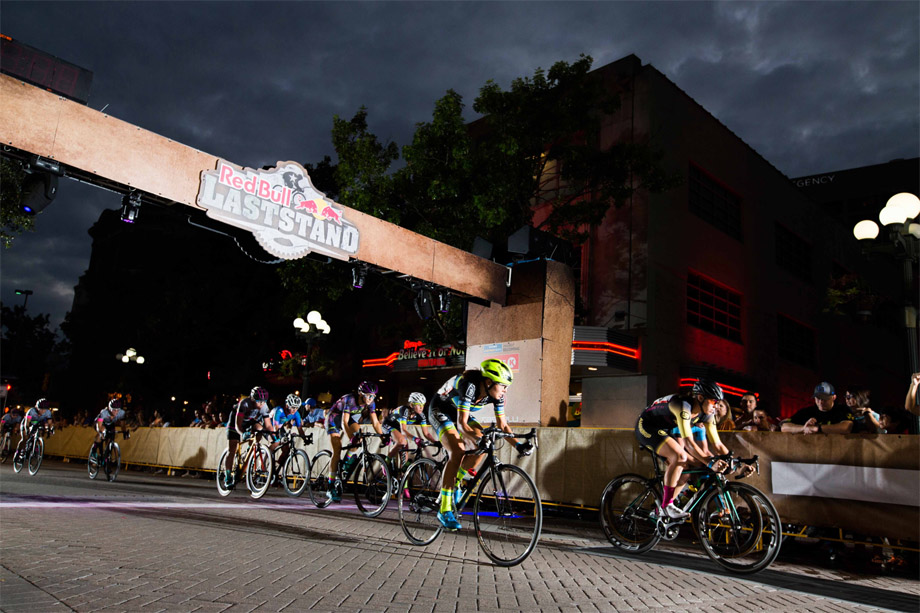 The Fixed Geared Men’s race was next, and David Santos from San Diego, riding for the Aventon Racing Team, was the last man standing by the narrowest of margins. He beat Elbowz Racing’s Kevin Gerkin to the finish line by a tenth of a second to claim the championship. He explained how he bided his time before making his move at the end, saving his legs for the final push. “I sacrificed the prime lap to stay right behind Kevin. I was feeling comfortable with the last turn. He pulled a bit and I was able to jump him and get there first. I knew whoever was going to get to that last turn first was going to win.”

The finale for the day was the Geared Men’s event, which saw Tristan Uhl, a teammate of David’s on the Aventon Racing Team, take home the win. Tristan competed in both Fixed and Geared competitions, finishing third earlier in the day in Fixed before taking the win in the evening’s Geared finale. This double podium finish also earned him the men’s Double Down award as the best all-around men’s division rider for the day.

“The Geared started off super-fast. It was a really deep field. I just tried to position myself in the top ten and stay out of trouble. I’m good at chasing so I saved my legs for that towards the end, and things worked out.” Things worked out well to say the least for Tristan and the Aventon Racing Team.

It was a thrilling day in a dreamlike setting, with one of American history’s most famous buildings serving as the backdrop for a high speed, intense athletic event of epic proportions. The riders and San Antonians alike won’t soon forget it. 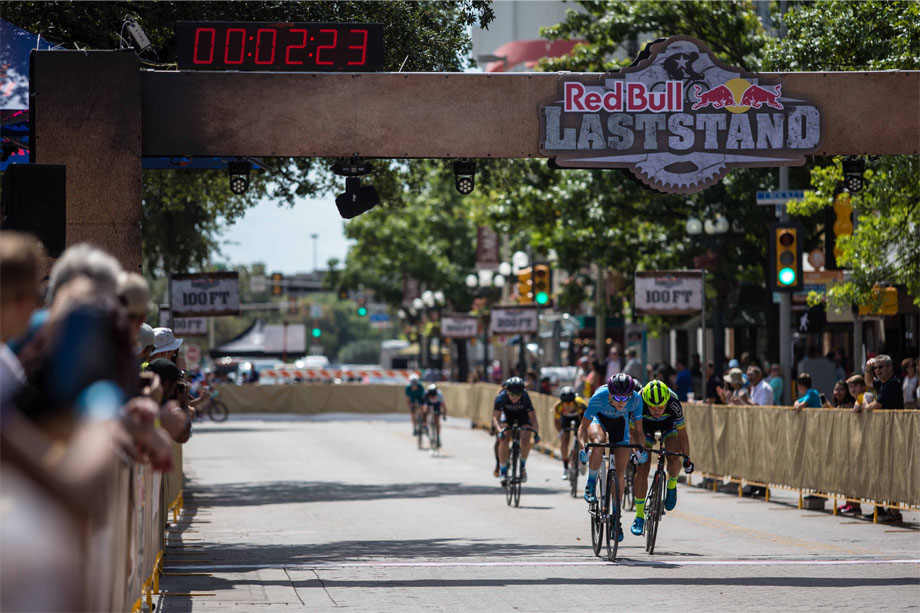