Up until 2013 the only UCI one day race in the UK was the Rutland-Melton Classic. The race is inspired by Paris-Roubaix and is run around the small farm roads of Leicestershire and Rutland in the East Midlands of the UK. PEZ sent Sam Larner to soak up the chip smells and ale fumes of Britain’s only Classic.

British cycling has a reputation for being very sterile. British Cycling’s success was built on the track and when the Sky team first sprung up they tried to take all the lessons they’d learnt from that environment and apply them to the unpredictable road. The first few seasons were not a success. Take a step down from the WorldTour level though and look at the regional British races and you’ll find that sterile hasn’t permeated that low. The Rutland-Melton is a perfect example, Colin Clews, the race director, was a fan of Paris-Roubaix and decided to design his own race in its image. I took to the road to see just how good Britain’s own classic could be. 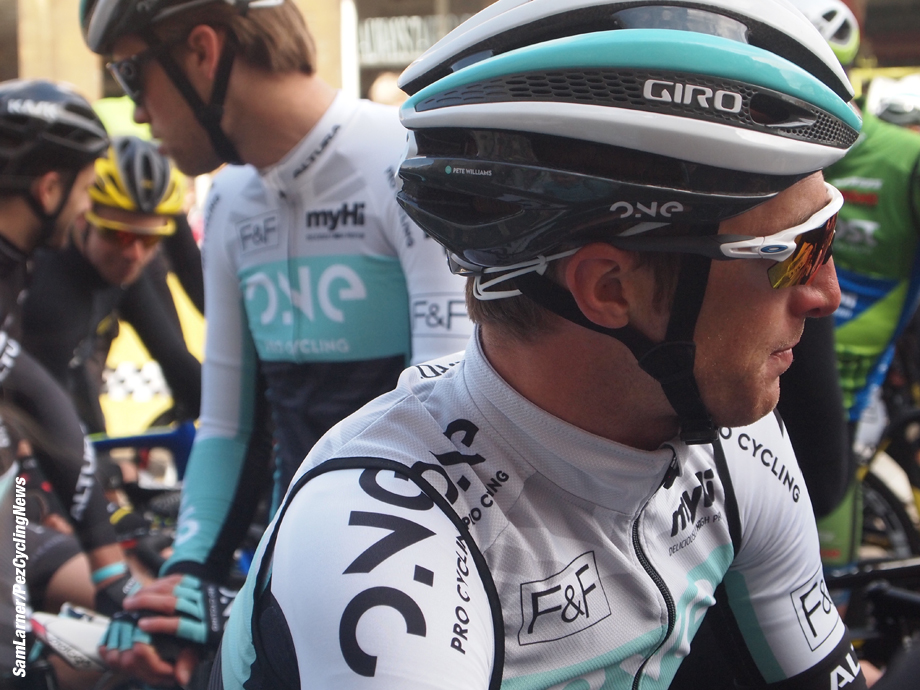 ONE Pro Cycling discuss their tactics for the day

Saturday 23rd April – 20:00 – I’m heading from a bright but cold London to an equally cold but much less bright East Midlands. The East Midlands, unsurprisingly, sit at roughly the centre point of England. They are Britain’s Midwest. They are only Britain’s Midwest though in so much as they are a broadly indistinguishable area of land which don’t often draw tourists. They’re quite flat and don’t have any major population centers, nor do they have a coastline, so the attractions would seem to be limited. Take the time to visit and you will see that actually the region is made up of a patchwork of rural villages with thatched houses and beautiful local churches.

22:00 – I’ve spent the last two hours trying not to fall asleep on the train. I’m reliably informed that the countryside I’m trundling past is beautiful but the only thing I can see out of the window is my own face reflected back. In a bid not to fall asleep I’m diving into the start list for the race tomorrow.

Amongst the starters there’s a hefty dose of big name riders, some that we might prefer weren’t here. Starting for Christina Jewelry and Audlem Cycling Club respectively are disgraced dopers Stefan Schumacher and Jonathan Tiernan-Locke. The latter is just over a month into his return from his two-year doping ban. The list of legitimate contenders is long and exciting; One Pro Cycling, Britain’s first ever Pro Continental team, have Martin Mortensen and Peter Williams who finished 1st and 2nd at last week’s Tro Bro Leon – another race taken over dirt tracks. JLT Condor, one of the oldest British teams, have Russell Downing, a legend of British cycling and former Team Sky member. Madison-Genesis have Frenchman Alexander Blain, winner in 2012 when heavy rain turned the off-road sections into virtually impassable swamps. Pedal Heaven will be led by Ian Wilkinson, the only two-time winner in the event’s history. 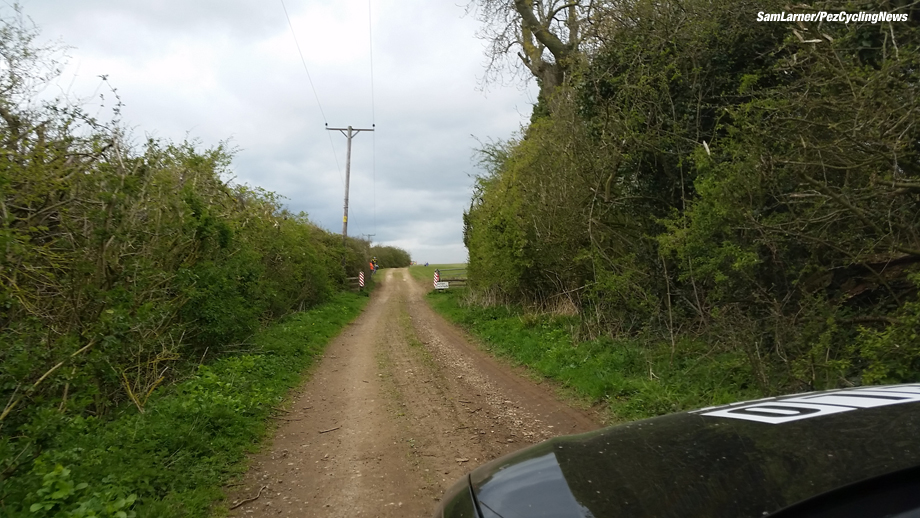 This is one of the medium difficult sectors. It’s mud but at least it’s relatively flat mud compared to the hardest sections

Sunday 24th April – 08:30 – I’ve woken up in my lavish AirBnB room in Oakham. The sun is pouring in through the window, giving the impression that the weather on the other side of the glass is a perfect spring temperature. It’s not. It’s freezing cold with a biting Northerly wind.

10:00 – I’ve been to the starts of races across Britain and Europe and there are certain things which are a constant no matter where the race is starting. You will always have a well packed car-park, often next to a school or a council building, with riders warming up on the rollers or aimlessly riding around in circles. You will also have an endless supply of middle aged men and their slightly bored looking children inspecting the minutiae of chain ring technology. A well timed gust of wind will blow a thick fog of embrocating gel across the car park. I’m searching for Neon Velo, the team I will be following today. 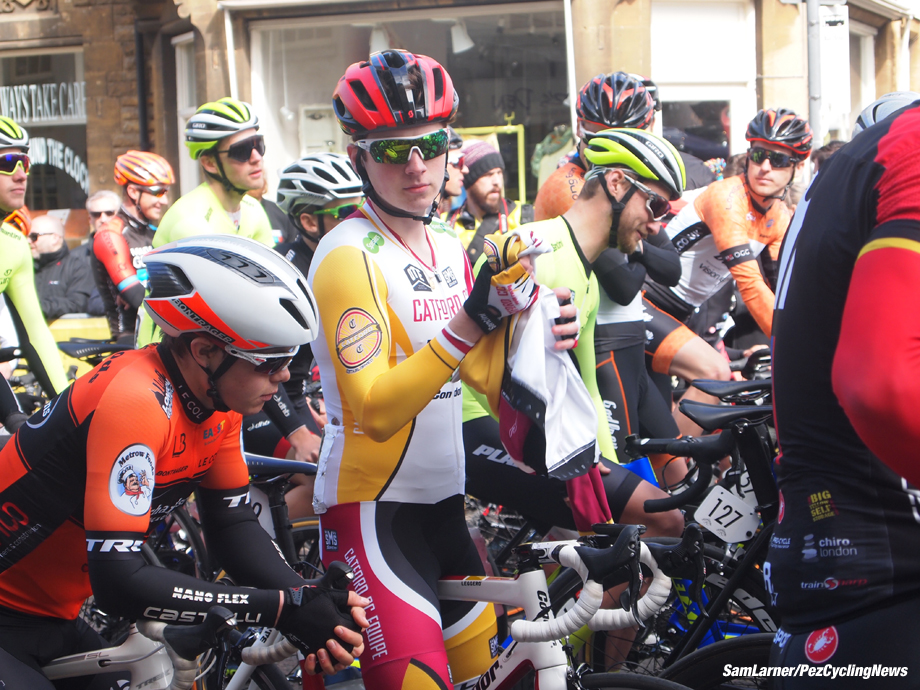 11.35 – The race rolled out from Oakham 35 minutes ago and began properly 30 minutes ago. We’re on a two lap route around Rutland Water, the largest man-made reservoir in Europe. The course is rolling rather than flat at this point and the pace is quick rather than savage but already some riders are being shelled from the peloton. The start of a very long day for them.

This idyllic opening is ruined by a request for the race doctor. We drive for another two minutes before we pass a sight which is immediately reminiscent of Fabio Casartelli’s fatal crash during the 1995 Tour de France. A rider is lying face down on the road, his right leg is twitching and he has blood covering his face. I don’t say this, but I am convinced that this crash has been or will be fatal for the rider. We spend the next 10 minutes tossing around statements about how horrible it looked and what an innocuous stretch of road it happened on.

12.05 – We’ve passed the crash site for a second time. The rider is still down in a neck brace and the air ambulance has landed in an adjacent field. This is Neon Velo DS, Gabby Durrin’s, home race and her uncle is driving the doctor’s car. He phones through the marvelous news that the stricken rider is not seriously injured and is on his way to hospital. Just five minutes later, and we’re back racing with the doctor in tow. 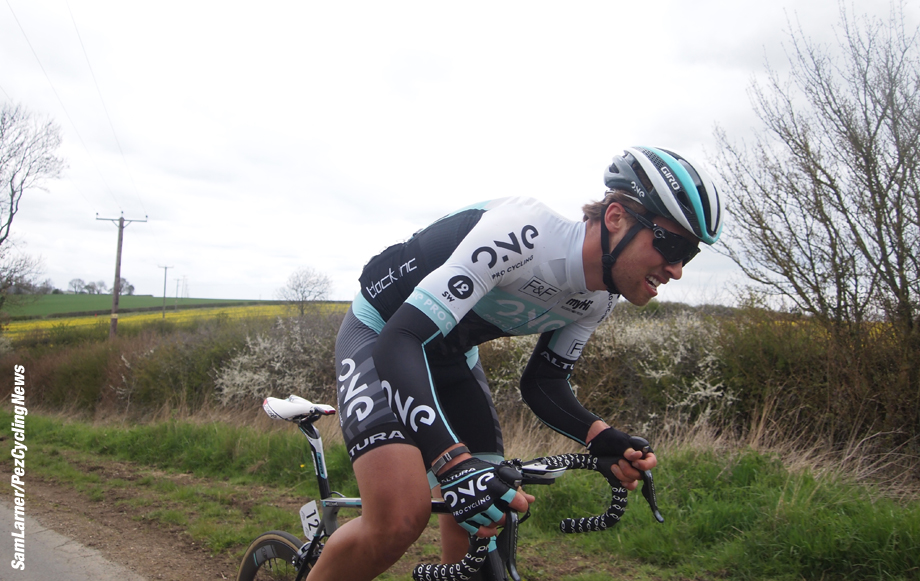 Fresh from winning the Tro Bro Leon last weekend this should be a good day for Martin Mortensen of ONE Pro Cycling. Luck has not been his friend though

13.30 – The last 90 minutes have been spent speeding past the growing steam of dropped riders. So far, that stream hasn’t included any of the six Neon Velo starters. Luck has also been in their favor, the opening off road sectors aren’t too difficult but there’s always a strong chance of a puncture when racing over gravel or grit. 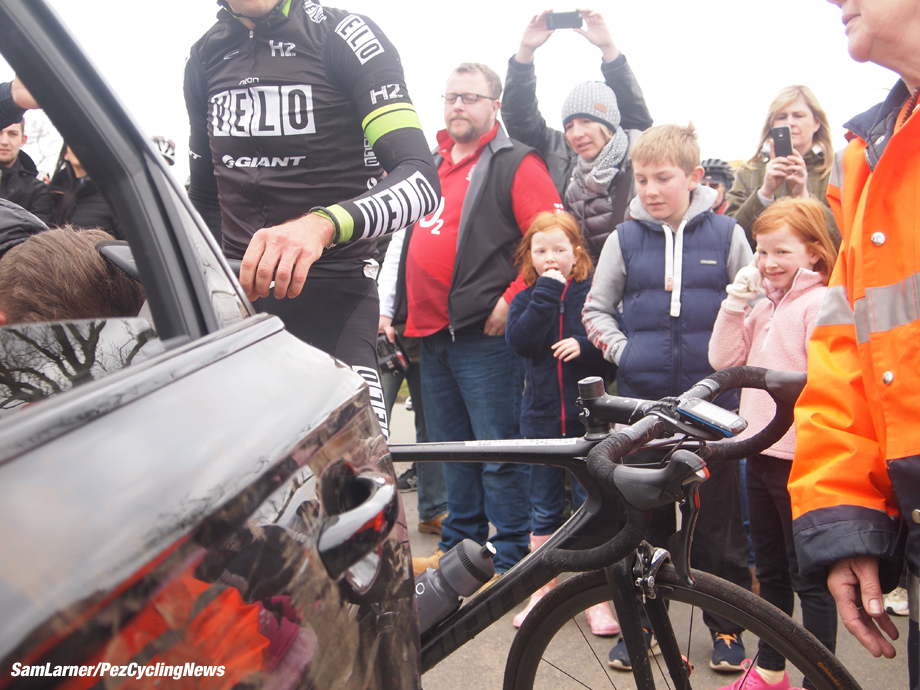 Puncturing during a bike race is frustrating. It’s fair to say that these young fans learnt some new words.

14.15 – This race is brutal! Every single one of the 13 sectors is raced onto like a sprint finish. Then once the riders are on them they can’t lose momentum otherwise it’s race over and they can’t puncture otherwise it’s also race over. When you think of off-road sectors it’s easy to assume these are narrow roads sprinkled with gravel, and the early ones are just that. Once we hit Manor Farm, 80km into the race, the sectors are more like a strip of mud and stone that has been driven over again and again by a tank since February.

14.45 – We’re yet to pass a single Neon Velo rider coming back from the heavily reduced peloton but their luck had just run out. First there was a puncture for team leader Jeremy Durrin. Gabby tried to pace him back on but the race was so spread out that we had to move back up towards the front. The next to puncture was Irishman Marc Potts, who once again had to be abandoned in favor of the four riders still at the front.

15.00 – A hair rising chase later and we’re passing two more riders from the team, this time Kieran Simcox and Arthur Didelot. Simcox and Didelot are just 18 and 19 respectively and were both suffering as the race entered its fourth hour. 15.15 – Will Bjergfelt was the next Neon Velo rider to lose touch. Will works full time in the aerospace industry and fits his training around a regular 9-5. He started life as a successful mountain biker and it’s the love of cycling that he credits with saving him from a life of obesity. Something that looked very likely during his school days. It might seem that the odds are already stacked against him but this was certainly the case in September 2015. Will was hit by a car during a training ride, he has no memory of the incident but it left him with the very real possibility of having his leg amputated. The outcome is that Will is now technically classified as disabled due to the damage to his leg. He is now combining a full time job, British racing and a very real chance of representing Britain at the Rio Olympics. Watch this space. 16.15 – The last hour has been a frustrating one for the team. Five of the team’s six riders have passed through the peloton and only Ollie Maxwell remains ahead of the car. He is the local hero for this race and whenever there are crowds you can guarantee that someone in there was cheering for Ollie. Unfortunately, he didn’t quite have the legs on the short, sharp hills and he was left to ride in with the rest of the splintered peloton, more than four minutes behind the lone victor, Conor Dunne.

16.30 – The race is over and everyone has gathered around the team car. Across the road, the monolithic coaches of ONE Pro Cycling and NFTO contain their riders within. Neon Velo are sat on camping chairs laid out on the pavement. The general consensus seems to be a little disappointing and a little unlucky. The race had started well and they’d followed the earlier attacks but once the more serious off-road sectors began, bad luck started to impact the team. 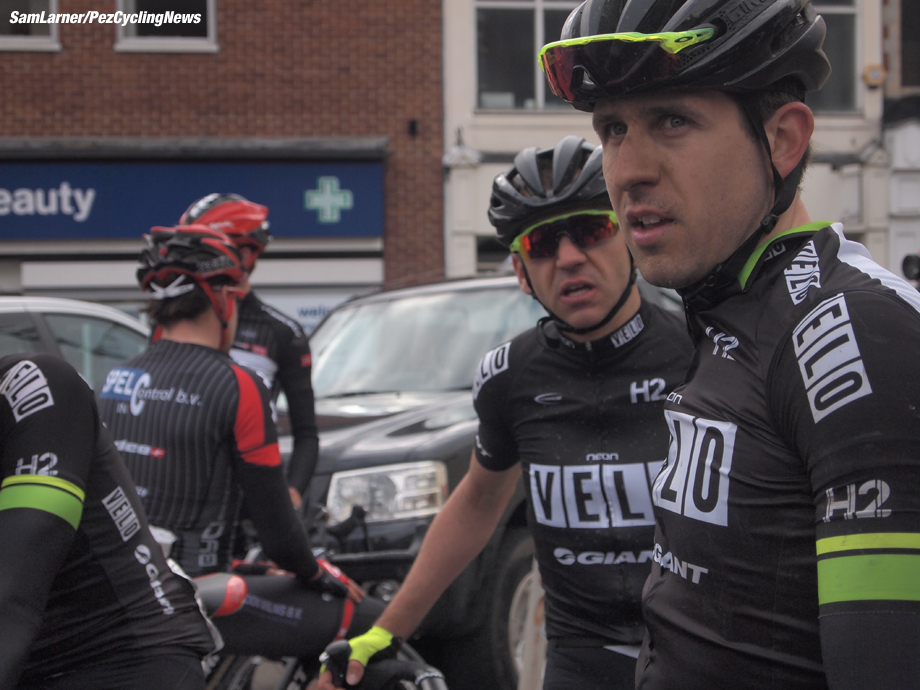 Conclusion
The International Rutland-Melton CiCLE Classic might not have much resonance outside of the UK. However, it perfectly encapsulates everything that is great about the British racing scene. Races are designed to be as easy to police as possible, leading to regular time cut offs and races which navigate the same small roads in a number of different directions. It’s also built entirely on the help of volunteers, who this year included Movistar’s Alex Dowsett. It may seem like a smaller race but glance at an exhausted rider haul himself and his ill-equipped bike over a rutted farm track and you could be at the Arenberg or the Koppenberg rather than a British field.

Thank you to Gabby Durrin and Alex Gidley for letting me ride in the team car with them and to Danny Harrod for arranging it all.