Sepp Kuss stormed up the slopes of Mont Megentic to win stage two of the Tour de Beauce today. Kuss crossed the line ahead of Luis Lemus (Cycling Academy) and WorldTour rider Hugo Houle who, this week, is riding for the Canadian National Team. The win moved Kuss into second place on the general classification behind Gregg Daniels (Axeon – Hagens Berman) who gained time in yesterday’s opening stage. Luis Lemus (Cycling Academy) sits in third. Rob Britton finished in 10th to position two Rally Cycling riders near the top of the leader board. 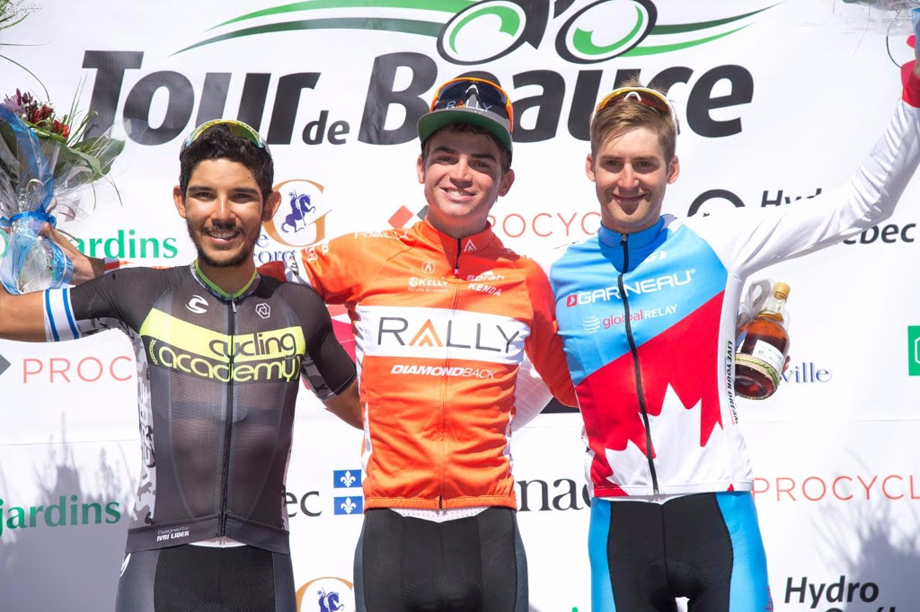 The team will now look to place Kuss on the top step of the podium at week’s end. Kuss will have the strength and experience of veteran’s Rob Britton, Eric Young, Will Routley and Emerson Oronte to guide him. Despite being focused on the general classification, the team still has opportunities for stage wins with another hilly stage well suited to Kuss and Britton – along with two flat stages ideal for fastmen Young and Pierrick Naud.

“It’s an honor to win on such a prestigious climb,” said Kuss. “A lot of big names have won on Mont Mégantic and it feels amazing to be on that list. It also feels great to finish off a great day of teamwork and repay the team’s faith in me to go for the win. With Rob and Will in the break, along with some other general classification threats, the pressure was on Silber and Jelly Belly to bring down the gap, which took the pressure off us back in the field. Emerson, Shane, Pierrick and Eric were incredible and kept me out of the wind all day and got me to the base of the climb in good shape.” 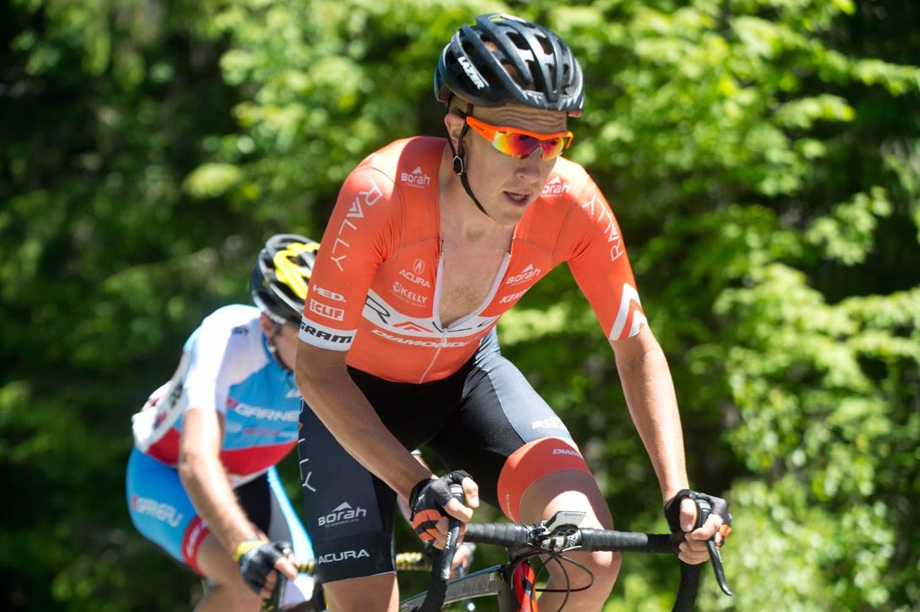 Kuss’s rise through the peloton has been swift, having joined Rally Cycling last month and is only in his first year racing on the road full-time after coming from a mountain bike background. He burst onto the road scene in April by winning the mountain top finish of the Oak Glen stage of the Redlands Bicycle Classic. His first race for Rally Cycling was the National Professional Road Race Championships where he played a key role in Evan Huffman’s fourth place finish.

“Yesterday we were smart to mark out several strong teams with regards to breakaways, so when a group of seven got away we weren’t overly concerned,” said Team Director Eric Wohlberg. “However, because we have one of the strongest teams in the race we didn’t get much help in pulling the move back. In fact, we had to ride our general classification riders hard over the final 40 km to get the breakaway inside 2 minutes. Today we went on the offensive with Rob and Will putting a lot of teams in deep trouble for most of the day. The other guys worked hard for Sepp and gave him the best possible ride into the foot of Mont Mégantic. Britton’s breakaway was still about 25 seconds clear when Sepp hit the bottom. Once across to Rob, Sepp got some great advice as to how he should play his cards and he came away with a great stage win for the team.”

Kuss’s victory adds to the team’s long history of success at the Tour de Beauce. The team took overall victory in 2009 with Scott Zwizanski and has claimed several stage wins along the way as well as an unlikely KOM jersey via former team sprinter Ken Hanson. In 2014, future Rally Cycling rider Britton finished second overall and was eighth in 2015. The team will look to build on its impressive record in the final four stages of the 2016 edition. 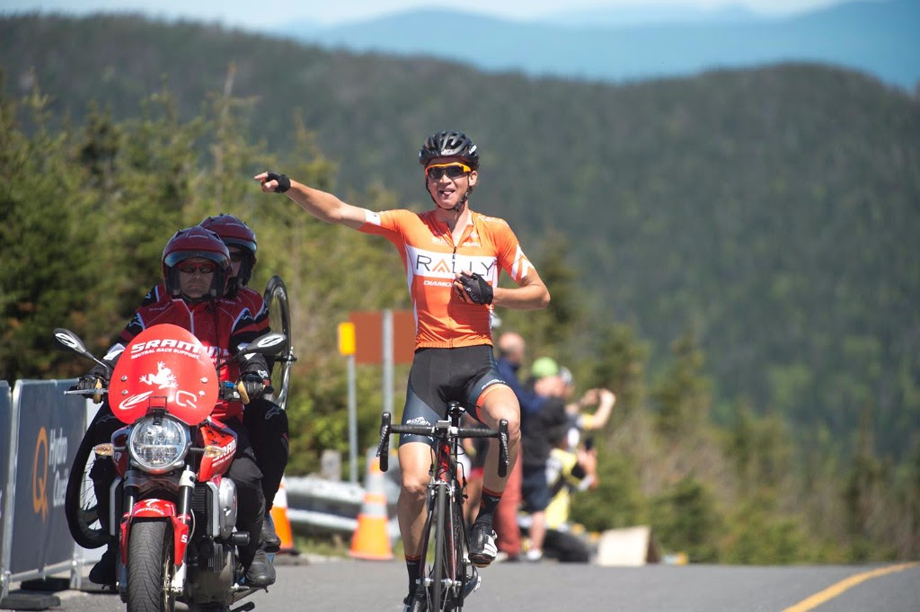 Sepp Kuss crosses the line for his biggest win to date

The Tour de Beauce continues on Friday with a 19-kilometer time trial in the town of Saint-Prosper. The sprinters will then have a chance to grab a win in the day’s second stage beginning in Saint-Georges and finishing in front of the Beauce Art International Symposium of Sculpture. Naud and Young will have another opportunity for a stage win on Saturday’s criterium in Quebec City while Kuss and Britton will battle for the overall win in Sunday’s traditional torturous circuit race around Saint-Georges.