Race Report: Long-range attacks, punchy hills and Peter Sagan. Today had all the hallmarks of an Ardennes Classic as the puncheurs and GC contenders dueled it out on the final climb. That duel never materialized as Peter Sagan, despite clipping out in the sprint confidently displayed his class and dominance. Geraint Thomas holds on to the yellow jersey. 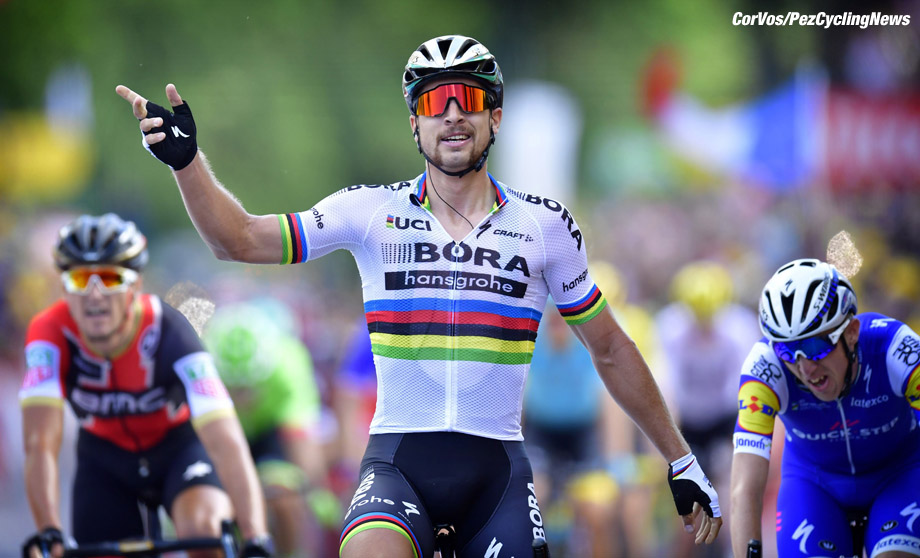 “Pressure…what is pressure?” asked Peter Sagan with a smile in his post-race interview. The World-champion looked relaxed as he celebrated victory on the uphill battle on stage 3.

With five categorized climbs and 212km on the menu for the riders today across three different countries today’s stage was always going to be entertaining. On paper today would have suited the capabilities of Alejandro Valverde had his Tour de France not been cut short by a horrific crash in the opening prologue. Though based on today’s performance Sagan seemed back to his unbeatable self.

There were attacks from the gun as the riders set out from Verviers, the hometown of Philippe Gilbert, with Frenchman Sylvain Chavanel starting proceedings. 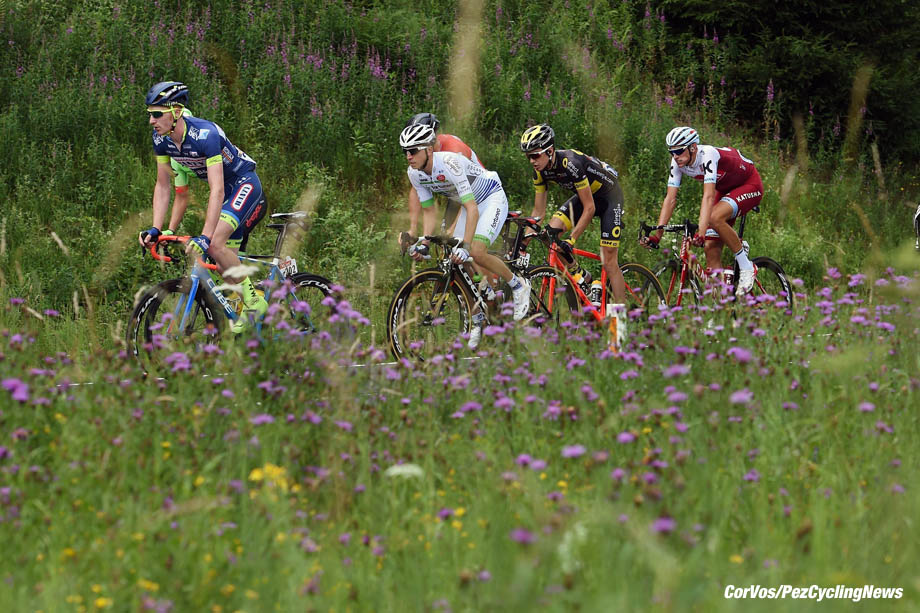 Not content to let this group get too much of an advantage, Bora-Hansgrohe and Sunweb collaborated together to keep the break at a steady two-minutes for much of the stage. Keen to defend the polka-dot jersey of his team mate Taylor Phinney, Nate Brown crested the first climb picking up the single point on offer and making sure that the jersey remained on the shoulders of a Cannondale-Drapac rider. 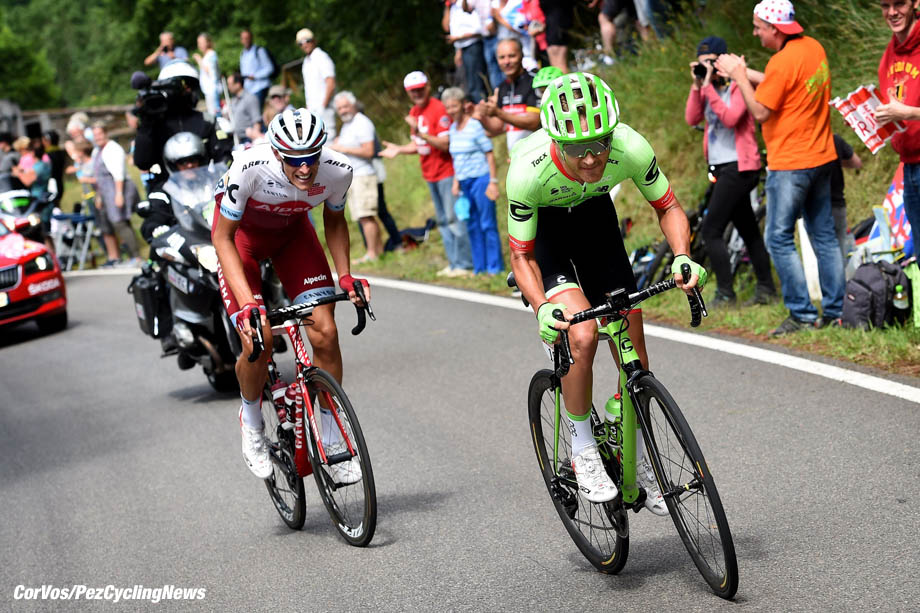 The breakaway and the peloton were briefly in different countries as the front of the race entered Luxembourg in the mid-way point of the stage. Meanwhile behind, the evergreen figure of Laurens Ten Dam was present at the front of the peloton keeping the breaks gap under control for his leader Michael Matthews. 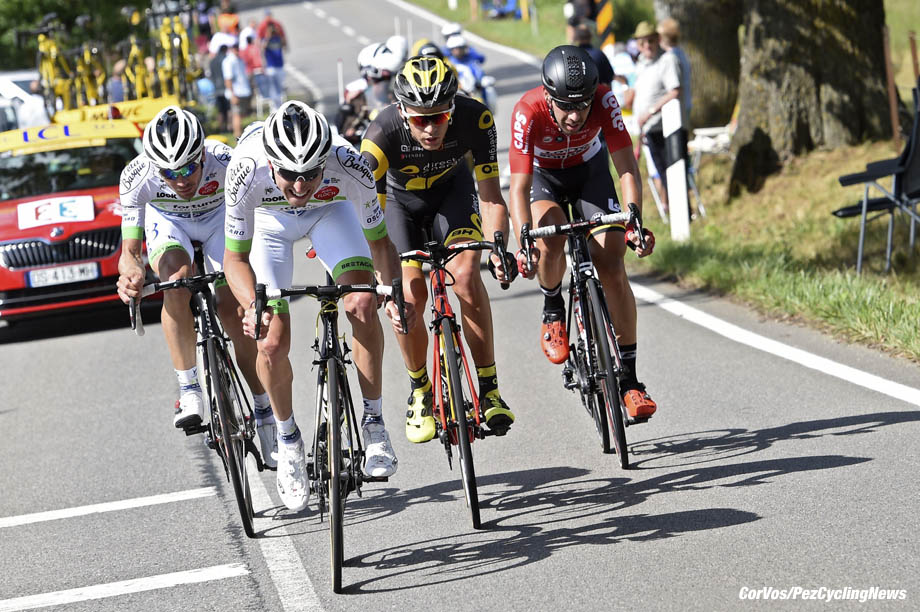 The composition of the front group was beefed-up significantly as the race entered the final 50km when Thomas De Gendt, Liliam Calmejane and Pierre-Luc Périchon jumped across to the front group, sparking a hectic chase from the peloton.

With this added firepower up-front alarm bells began to sound behind as the power of Calmejane and De Gendt split the breakaway into pieces coming into the undulating finale. With fresh legs prevailing at the front, Calmejane eventually went solo with 15km remaining though this move would prove futile with the bunch hot on his heels. The catch of Calmejane was finally made with 10km to the line as the race continued to heat-up. The BMC team were visible on the front as their leader for the stage, Greg Van Avermaet was obviously fancying his chances. 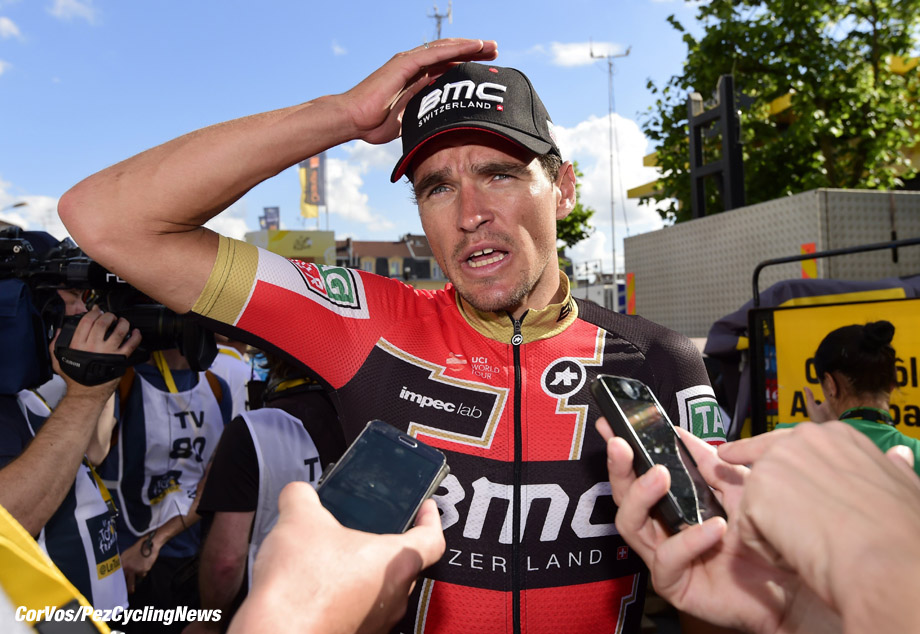 The team with several cards to play today was Quick-Step who had local hero Philippe Gilbert, Dan Martin and Matteo Trentin who sat only 10-seconds off the lead at the start of the day. Should he have won the stage he would have claimed the yellow jersey with the bonus seconds on offer. With 5km left to ride they were perfectly placed as the teams frantically battled to be first into the foot of the 1.6km long Cote des Religieuses.

German national champion Marcus Burghardt was first to reach the base of the climb, softening things up for his leader Peter Sagan. As the steeper section of the climb beckoned it was one of the pre-race favorites Richie Porte who hit out first with Contador shadowing on his wheel. 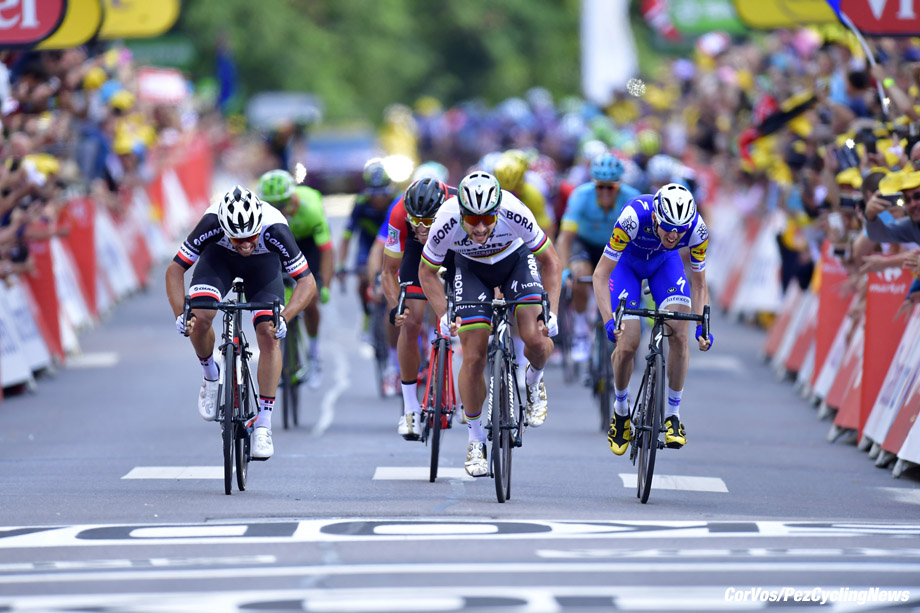 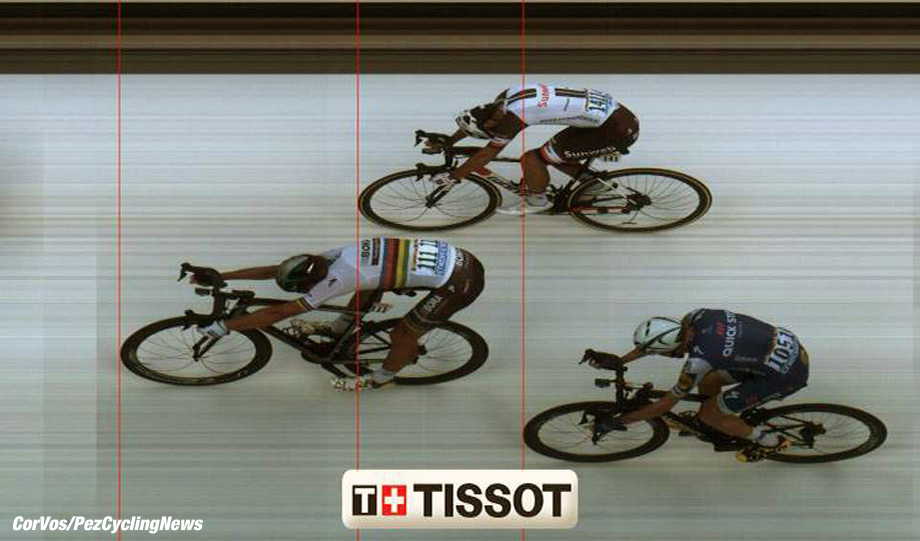 As the gradients leveled off slightly and the riders began to look around it was time for an extreme show of force from Peter Sagan, who despite unclipping with 150m to the line managed to hold off Michael Matthews and Daniel Martin to claim his first win of the Tour. 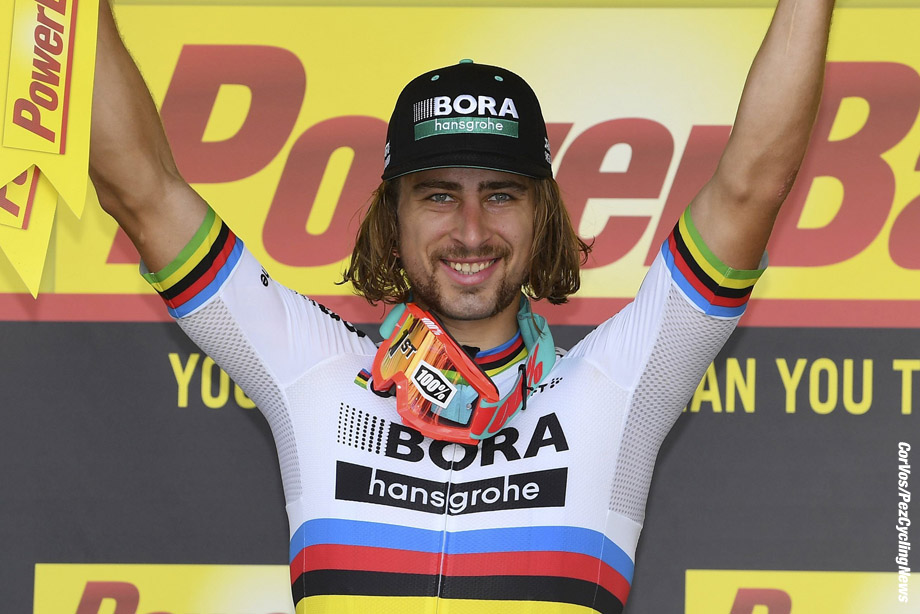 All the major GC riders finished safely in the bunch as they wait in anticipation for the next hilltop showdown on Stage 5. Stay tuned to PEZ for everything Tour!

Lepistö bounces back with WorldTour podium in Italy