Race Report: It was a photo finish, after a heart-shreddingly tight throw for the line, but QuickStep’s Marcel Kittel is celebrating a third Tour de France stage victory in 2017, a result that draws him level with Erik Zabel as Germany’s most-decorated Tour stage winner on 12. But, wow, was it close! 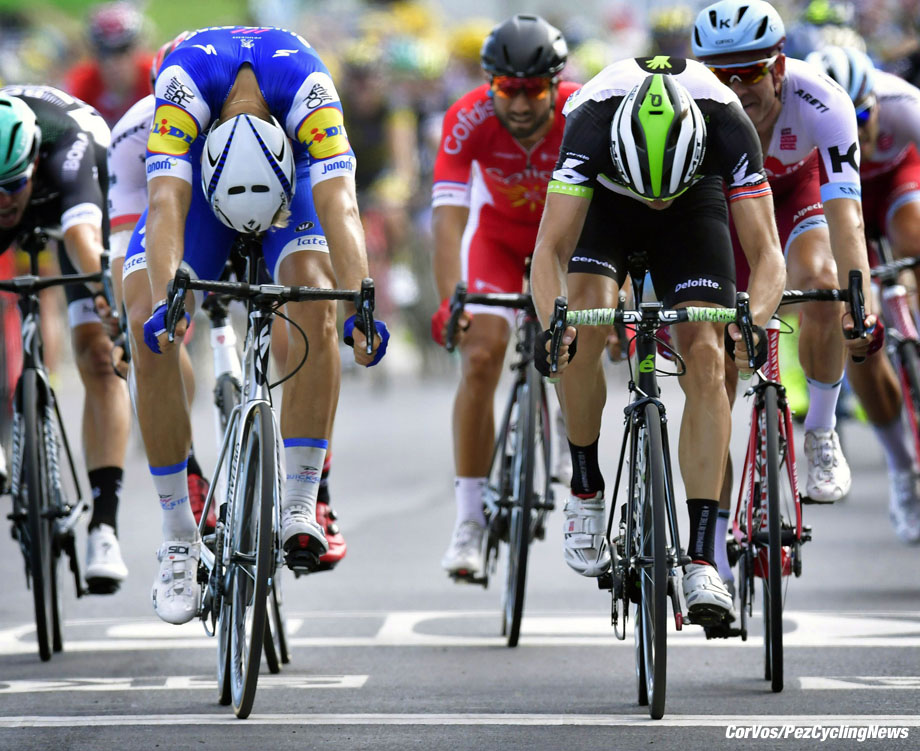 You might well imagine that Dimension Data will protest the decision, as it looked like Edvald Boasson Hagen was dead level with the big German. Michal Matthews took third for Sunweb, as Arnaud Démare (FDJ) and Nacer Bouhanni (Cofidis) were boxed out of it.

How it went down: We had 213.5 kilometers on offer today, taking the riders from Troyes to Nuits-Saint-Georges, through vineyards and fields. The opening section largely flat, followed by a rolling middle, and a flat finish; perfect for the sprinters, in other words. 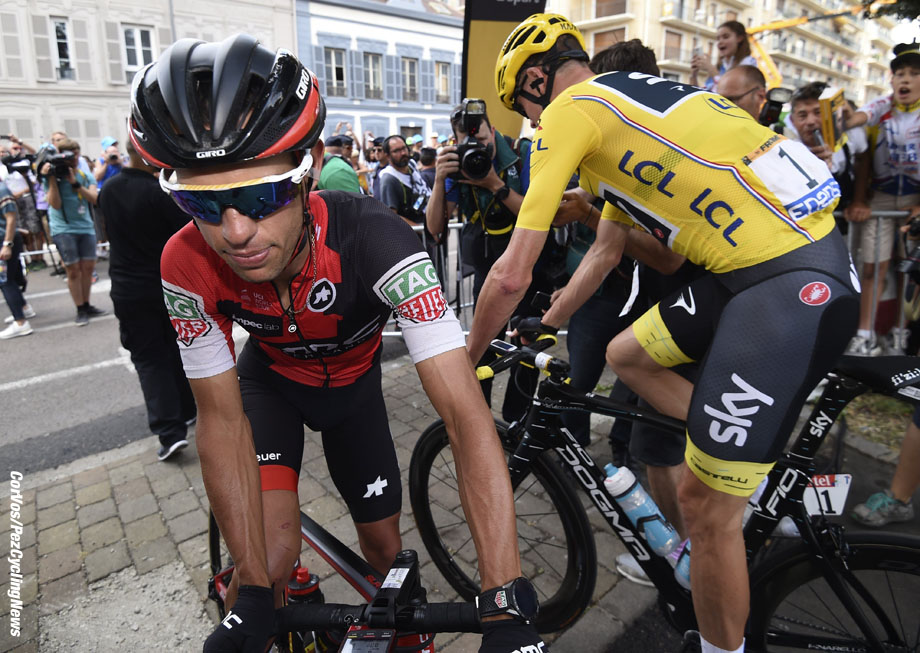 There was absolutely no attempt to get across, and the peloton willingly let them get on with it. The lead wobbled around between two and three minutes as the race belted southwards, covering 44 kilometers in the first hour.

Sarah Ourahmoune, boxing silver medallist at the 2016 Rio de Janeiro Olympics, was one of the invited guests, so we waited to see just how that would inspire or wind up the combative ex-pugilist Nacer Bouhanni. 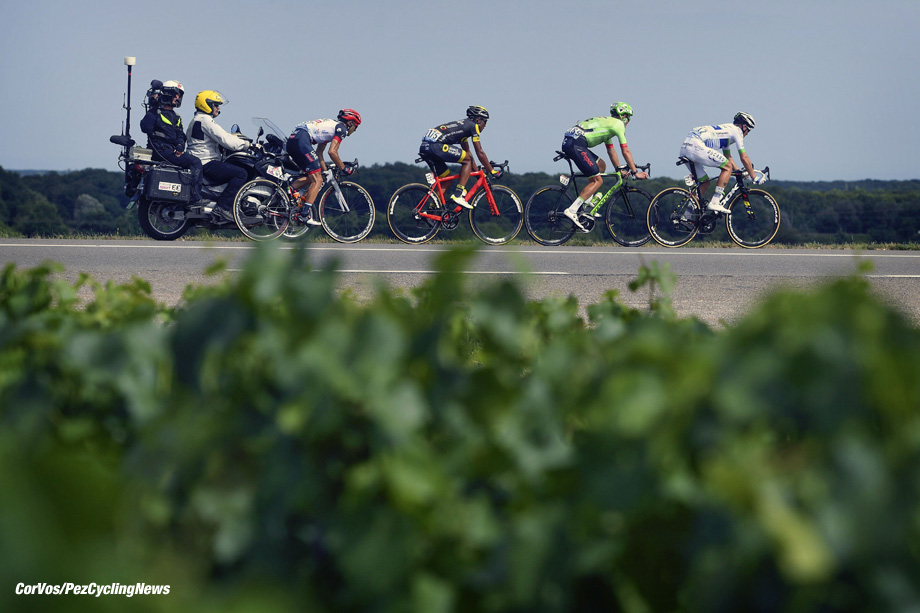 Mori took the intermediate sprint from Bouet in Chanceaux, with a minor skirmish won by sonny Colbrelli (Bahrain-Merida) for the fifth-placed points in the main field.

Heading through the feed zone, Primoz Roglic ended on the deck after an unfortunate coming together of musette and moving bicycle parts. Maxime Bouet took the day’s only mountains point by dragging the break over the Côte d’Urcy. 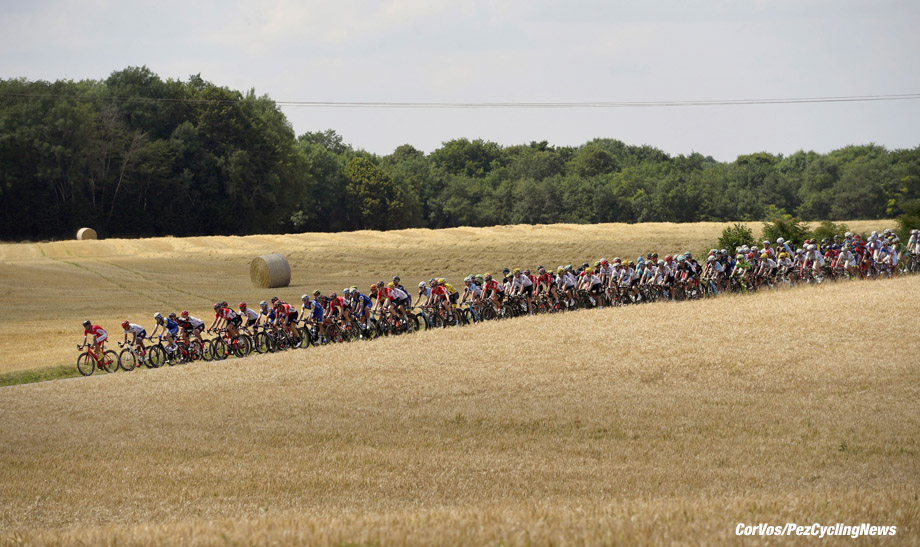 With 60 clicks to race, Cofidis had committed a man to the front of the peloton to aid the seemingly tireless Julien Vermote – the Quick-Step man has been at the head of field for somewhere in the region of 1000 kilometers already in this Tour, working for Marcel Kittel, so he could probably do with a hand.

Inside 30 kilometers left, the sprinters’ teams are having to jostle for position with the main overall contenders’ teams as Sky, Movistar and AG2R-La Mondiale muscle their way forwards. 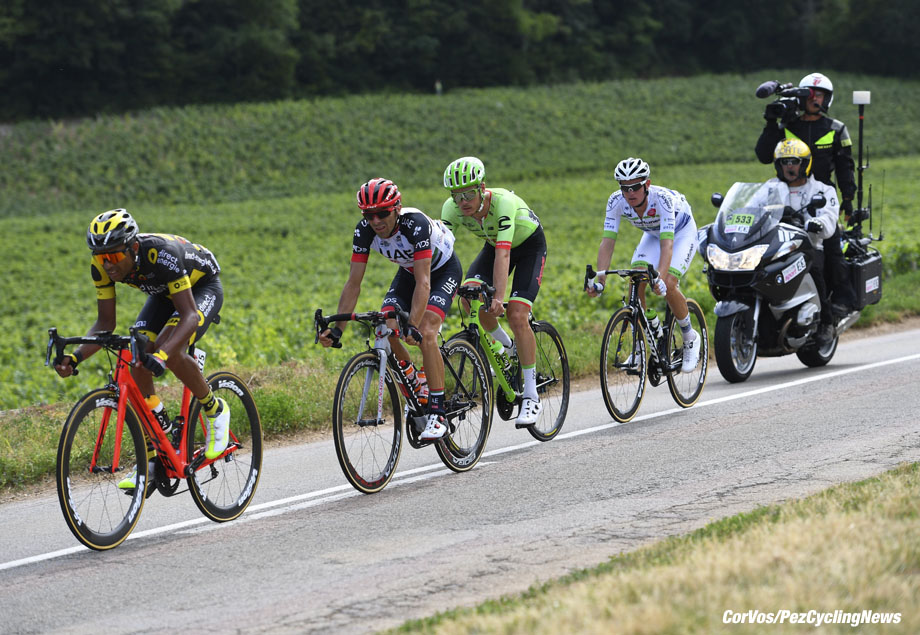 The break gave it everything, but once the peloton caught a tailwind on the run-in, it was all over with six kilometers to go, handshakes and pats on the back all round as Katusha-Alpecin and Direct Energie set up rival trains.

Inside four to race, the sprinters and their teams were busy switching from side-to-side, across the road, in and out of the central reservations. This gave Démare and Bouhanni the chance to bump and barge each other before the sprint, scoring psychological points.

Quick-Step suddenly burst through under the red kite with one kilometer to go, but they weren’t having it all their own way.

Reinhard Janse van Rensburg leads Edvald Boasson Hagen perfectly to the last 200 meters for Dimension Data, but Kittel thunders up to him on the line to extend his winning record. No major changes overall, so Chris Froome stays in yellow for Team Sky. 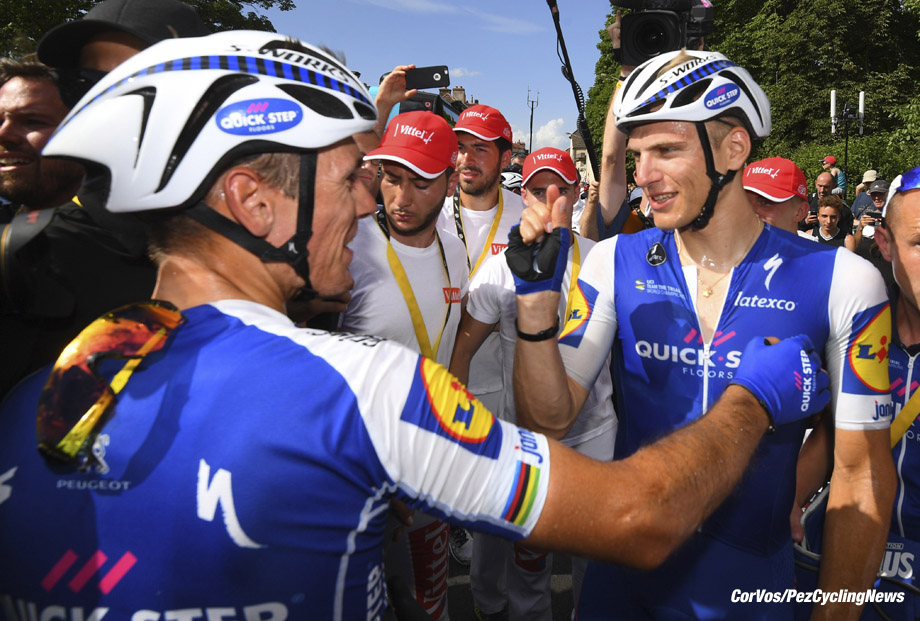 Bicycles for Humanity and the Safari Simbaz