The Larry H. Miller Tour of Utah begins on Monday, in Logan. For the first time, the Elevate KHS Pro Cycling team will be among the 16 men’s teams lining up at the start for the 7-day, 605-mile UCI 2.HC stage race. Securing an invite to the event was no easy task, giving the young riders in the program a grand opportunity in only a few short years since its inception, and in their first season racing continental. 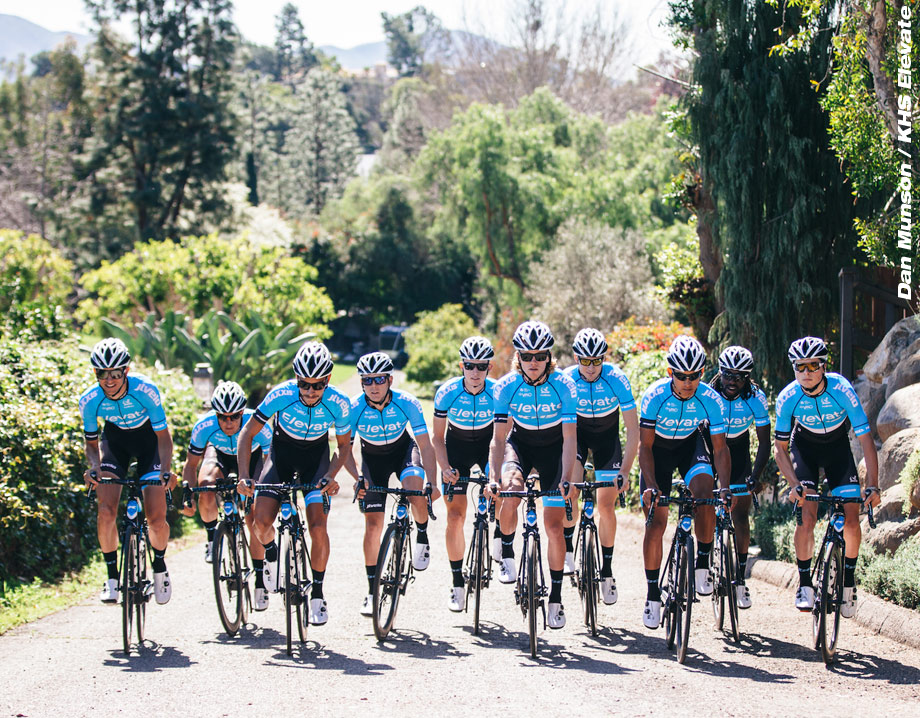 At the end of 2016, teams KHS merged to become a professional UCI American Continental team for 2017. The focus would be for the team to participate in races like Utah and Colorado to gain more exposure and compete against the best. Still, it was a long shot to acquire an invitation in their first year, but it arrived and the squad is ready to roll.

“As soon as we knew we could make these steps forward, Paul Abrahams (Team Owner) and Heath Blackgrove (Team Director) began opening the conversations with Utah and Colorado 12 months ago,” Joy McCulloch, media and sponsor liaison for the team explained. “The traction and the mobility that you can get there – KHS are going to be so beyond stoked that their bicycles are going to be televised! When you have this packaged deal, there’s a lot of excitement with it besides just clipping in and pedalling hard.” 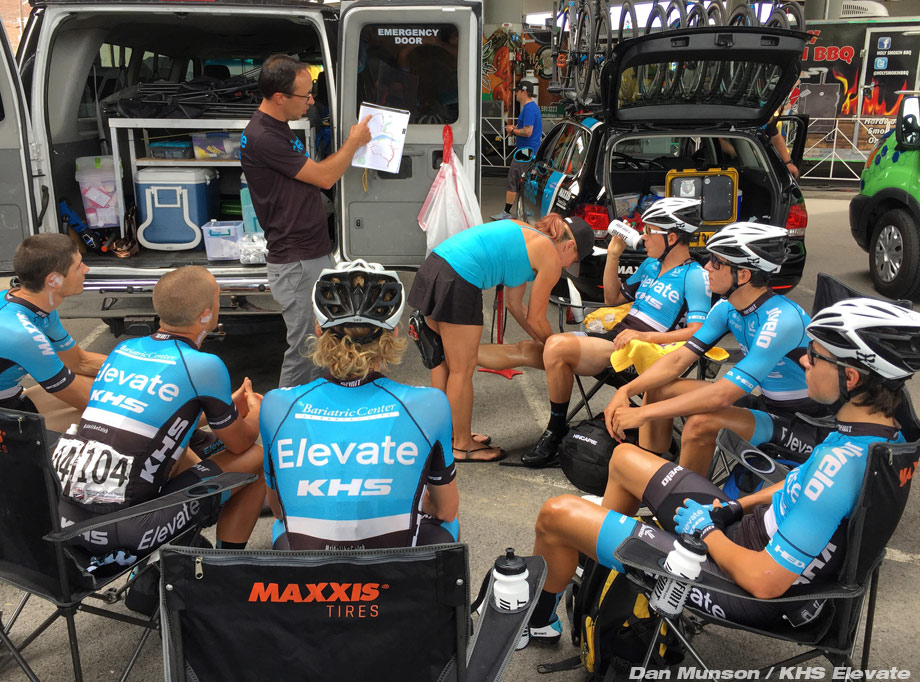 Several races have been canceled since last year, including the Philadelphia International Cycling Classic and most recently Reading 120 in September. In addition, the changes with the AMGEN Tour of California to a WorldTour race have further shrunk the possibilities for domestic continental teams seeking opportunities and exposure on an international stage. While BMC is the only WorldTour team participating in Utah this week, the televised race and the media impressions a team can garner is extremely important to sponsors. 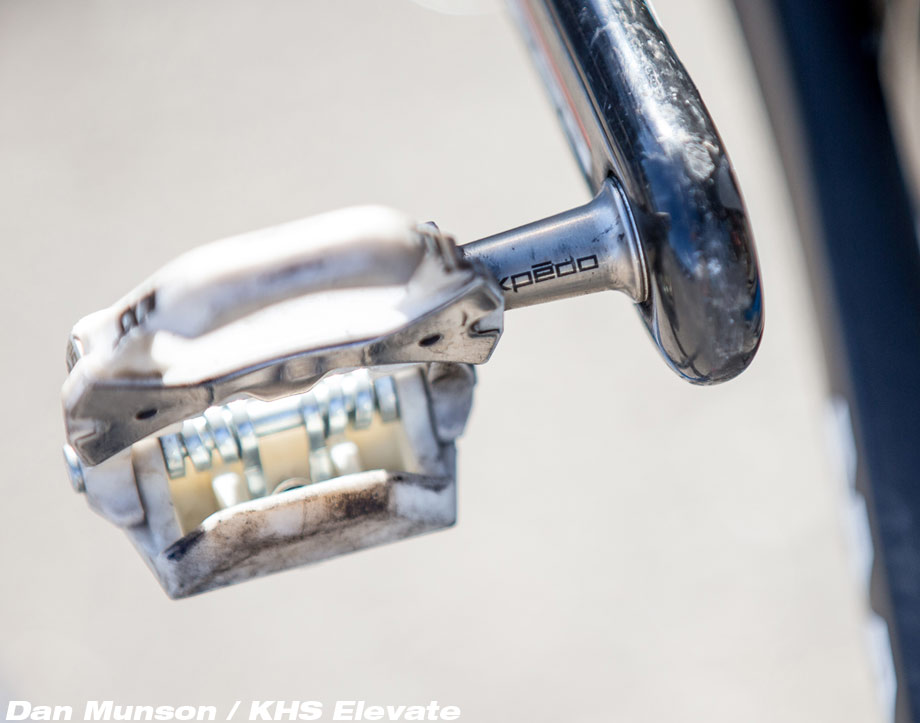 “We’re really passionate about our partners,” McCulloch adds. “We have 28 partners that are going to be very excited about our participation in these big events. Xpedo Pedals for example, have been one of our biggest sponsors since 2010. Ken Yamakoshi, the principal at Xpedo, has been on the forefront of getting the team exposure.  He’s managed teams before back with Seasilver and Successful Living, and so he’s been in the trenches like we have and knows what we’re up against and what it takes to get a team to Utah.  He’s gone above and beyond for us.”

Earlier in the season, the team traveled to Taiwan to race in the Tour of Taiwan, part of the UCI Asia Tour. They had two top-ten finishes with their riders, Eder Frayre, and Alfredo Rodriguez Victoria.

“Our Taiwanese partners were so excited to see the riders in person.” McCulloch adds. “To us, that’s a huge selling point to be able to represent at these events.”

The program is now in its sixth year, beginning in Southern California in 2011 thanks to General Manager, Paul Abrahams.

“They were never winning but were silly strong,” McCulloch recalls. “Paul took that team, with a bunch of guys who had no wins – to the next year we had over 30 wins, and we’ve had that many wins since.”

The team graduated several riders to larger programs such as Jelly Belly, including Devan Dunn and Ullises Castillo. Being so close to the border of Mexico, the program has helped launch several Mexican riders besides Castillo including climbing talent Eder Frayre, and sprinting star, Alfredo Rodriguez Victoria. 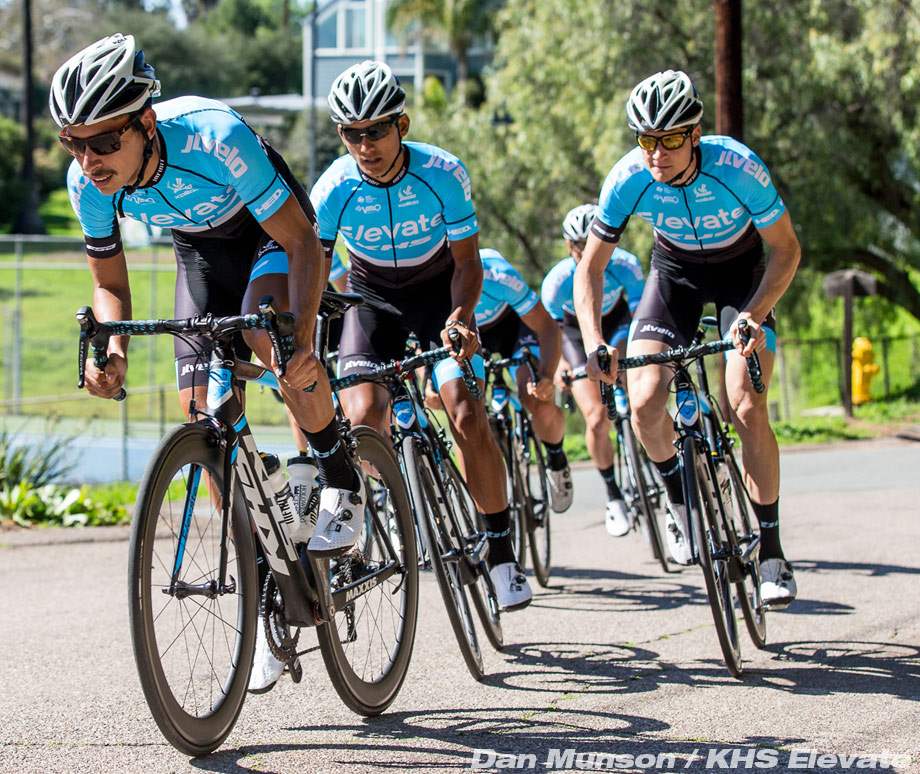 “We’ve been racing against Eder for years,” McCulloch said. “Since last year he’s been on the program. Living in Southern California, obviously we’re very close to San Diego and the Mexican border. We didn’t have any Latinos in our initial pool of racers. It’s more about talent search.”

“That’s always been the focus, to get guys opportunities elsewhere,” McCulloch adds. “We’ve had it slow and steady to make sure the team would be a sustainable model. Six years into it, we made the decision to become a pro team. The combination with Elevate, with the infrastructure we had, now puts us in a program that’s sustainable and not a flash in the pan.”

Securing sustainable sponsors and a program that will last is difficult. Cycling in North America has seen great programs come and go far too soon, including such teams as SmartStop a few years ago, and SpiderTech in Canada.

“It was always very important for us to really take care of our riders, really making sure that we’re able to pay each athlete who’s contracted,” McCulloch said. “The plan of the team is to find outstanding riders, stand-out athletes, to get the most they can out of their cycling and racing experience. Help facilitate growth and development. Paul and Heath Blackgrove (Director Sportif) are both very adamant on helping them be well-rounded young men as well. Sure, the results are great, but a lot if has to do with everything else. If it’s all a hot mess, you won’t have good results.”

The team has enjoyed lots of success this season with their sprinting talent, Alfredo Rodriguez Victoria, and overall winner at San Dimas, Connor Brown. Last season Rodriguez burst on the scene with two stage wins at San Dimas, and winning the Valley of the Sun, all on junior gears. He signed with KHS last summer. Brown earned the Best Young Rider’s jersey last year at Cascade with Elevate.

Rodriguez has earned 14 podium visits this season alone, and the sprinter’s jersey at North Star Bicycle Festival last month. Thanks to the guidance and encouragement on the road of Brian McCulloch, one of the original members of KHS. 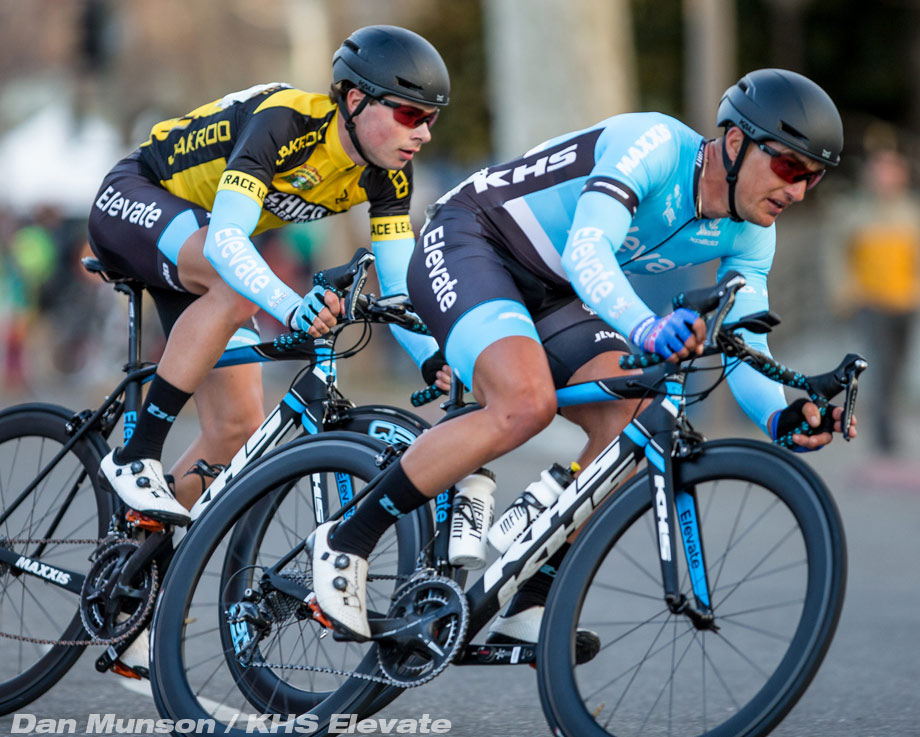 “Brian is his lieutenant and mentor,” McCulloch said of her husband. “At Northstar, we have a photo of Brian riding with Alfredo after they got dropped. If you look at results in these stages, Brian is coming in with Alfredo more likely than not.”

Competing in Utah this week will be Connor Brown leading their GC ambitions, Canadian climber James Piccoli, just recently signed with the team after a break through performance at Redlands. Helping Brown in the mountains will be Mexican climber, Eder Frayre. Alfredo Rodriguez will be looking to test his legs against the big guns of BMC, Rally, and UHC. Rounding out the squad will be breakaway specialist Alex Hoehn, Brian McCulloch, Cory Lockwood, and Joe Schmalz. 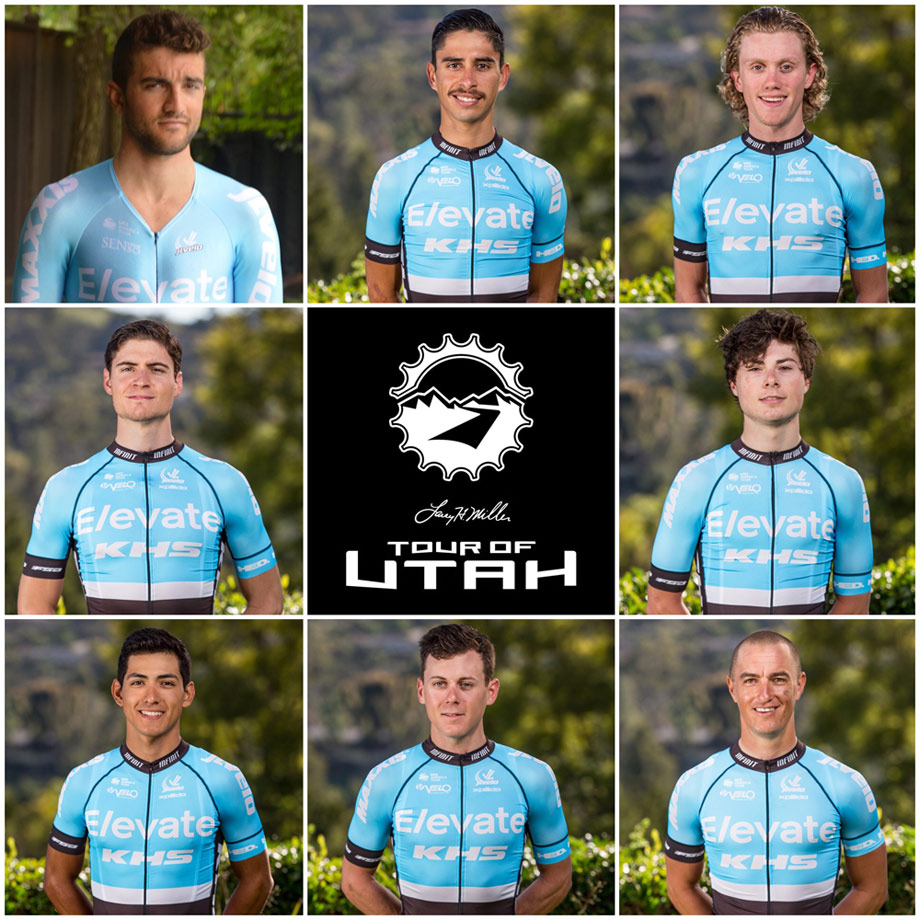 “We are looking to win a stage and finish top 5 overall,” Abrahams said. “We are here representing Elevate and KHS, excited to show the evolution and development of our program and athletes.”