The Southeast Regional Series presented by BikeReg (SRS) has proven to be one of the most competitive road events for amateur and elite cyclists in the country. It is the only amateur and elite road cycling series to offer points competitions spanning multiple states. SRS has partnered with the Tennessee Bicycle Racing Association (TBRA) as a state-wide points competition for “Tour Stop Knoxville” in July, the third of four SRS race weekends in 2015. TBRA, based in Nashville, Tenn., is dedicated to working with race organizers to attract more enthusiasts to the sport of cycling.

On July 11-12, the SRS stop in Knoxville will offer time trial, criterium, and road race. Racers at SRS will have an opportunity to earn Best Area Rider (BAR) points, adding a more competitive edge for TBRA members. Each season, TBRA offers BAR point competitions throughout Tennessee and its surrounding states. Points are accumulated for race results throughout the year, with the riders with the most points earning Best Area Rider jerseys. To be eligible to win the BAR competition, riders must be Tennessee residents or members of a TBRA club.

Points Director Bill Parsons and Road Director Nathan Stone took some time to chat with the SRS staff to share more about TBRA and its mission to increase the visibility of cycling in Tennessee. 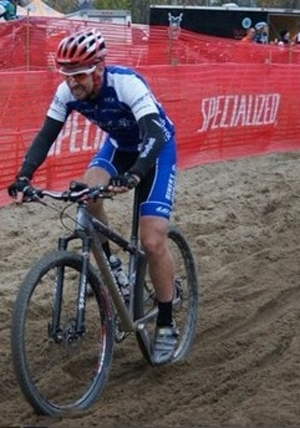 The Tennessee Bicycle Racing Association has been beneficial in generating more interest in cycling. Approximately how many USA Cycling licensed riders does TBRA represent?

Does TBRA get much participation from the collegiate teams in Tennessee?

For the first time, the Southeast Regional Series presented by BikeReg will be a TBRA points event. What does this mean for teams competing? How does it heighten the competition?

Nathan: With SRS being a TBRA points race, it will add an additional dynamic to each of the races. It’ll be just another race within the race– complexing the chess match much more. All racers are looking to do their best in this competition. Some are vying for the King of the Mountain, or KOM points (offered by SRS); others for the Tennessee Best Area Rider, or BAR, points.

SRS has been pivotal in showcasing women’s cycling. Why is it so important for events, such as these, to bring exposure to the sport in Tennessee?

Nathan: It’s a constant effort trying to build, grow, and maintain women’s cycling. TBRA understands the need to increase the exposure of women’s cycling in order to grow the sport as a whole. We try to encourage all promoters to have equal payout for men and women’s races, and most do. 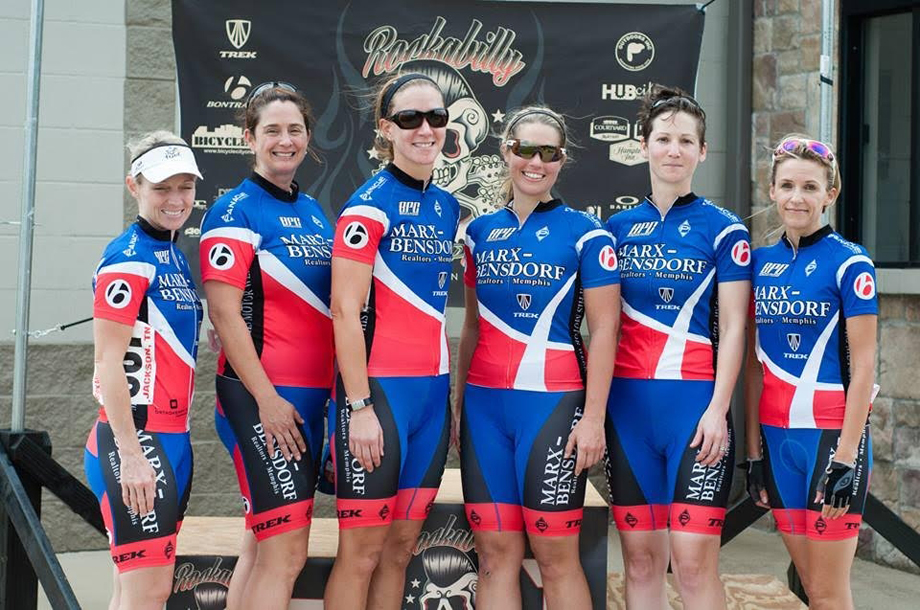 Photo: Courtesy of the Max-Bensdorf Women’s Cycling team. Above is the women’s team at the Kirkland Cancer Center Rockabilly Gran Prix in Jackson Tenn.

Why were you interested in working with the Southeast Regional Series presented by BikeReg?

Nathan: TBRA has had a long-standing tradition of putting on quality events for area riders of all levels. We’re excited to partner with SRS because they have proven to host top-notch events attracting some of the area’s best riders. Not to mention that Tennessee has some of the best roads for cycling in the country. We couldn’t think of a better partnership.

Which Tennessee-based cycling teams can we expect to see at SRS in Knoxville?

Nathan: Tennessee has a few strong women’s teams that will be vying for BAR points. From the eastern part of the state in Chattanooga, there’s Taco Mamacita. And from Middle Tennessee, in Nashville, you’ll see team Belladium, Team WE Sports, and the Tennessee Women’s Cycling Project.
Bill: One of the ladies team that will undoubtedly be there in full force is the new Hicks Orthodontics team out of Knoxville. This is a new women’s team under the longstanding KnoxVelo club. Another women’s team that has been active this year is the Johnson & Hayes Physical Therapists team from the Alabama Wheelmen club out of Huntsville. The Marx-Bensdorf team out of Memphis has been active this year, as well, in the western and middle part of the state.

Nathan: On the men’s side, Chattanooga-based Village Volkswagen has been representing well in all categories. Expect to see a good contingency of them along with riders from Knoxville-based Harper Auto. From Middle Tennessee you’ll see Bikers Choice, Extract.coffee-Rocket Expresso, I AM Racing, Red Kite Bicycle Studio, and Treehouse Racing. From the western part of the state we’ve seen solid numbers from HUB City as well as the Marx-Bensdorf Cycling Team. And on the masters side, MOAB/Middle Tennessee Velo always shows up in numbers. 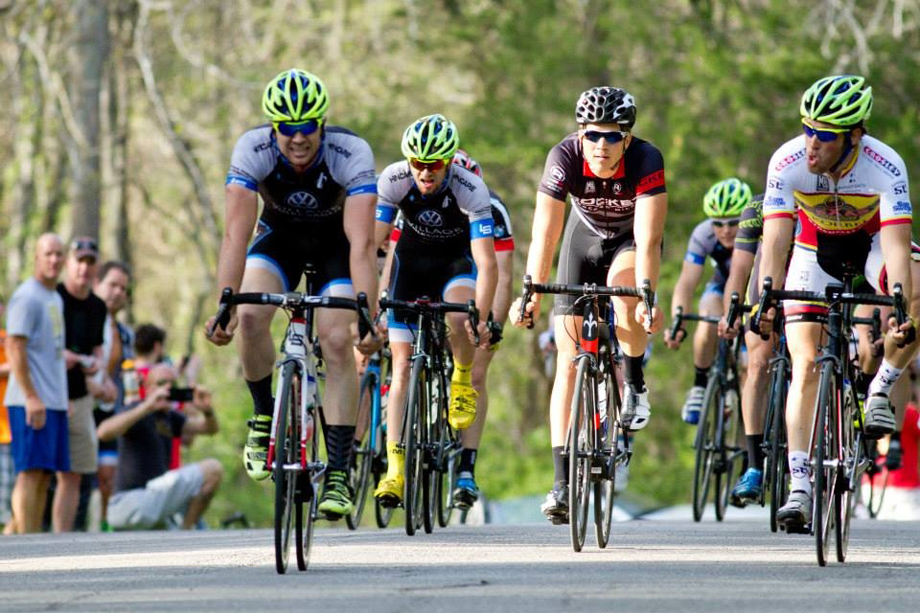 Photo: Courtesy of the Tennessee Bicycle Racing Association. Above is the men’s race from the Cedar Hill Criterium in Madison Tenn.

To learn more about the Tennessee Bicycle Racing Association: