Day 9 of 11 (Friday, June 26, 2015). The Café Centraal Bay View Classic presented by the KK BID, part of the 2015 Tour of America’s Dairyland presented by Wisconsin Milk Marketing Board. 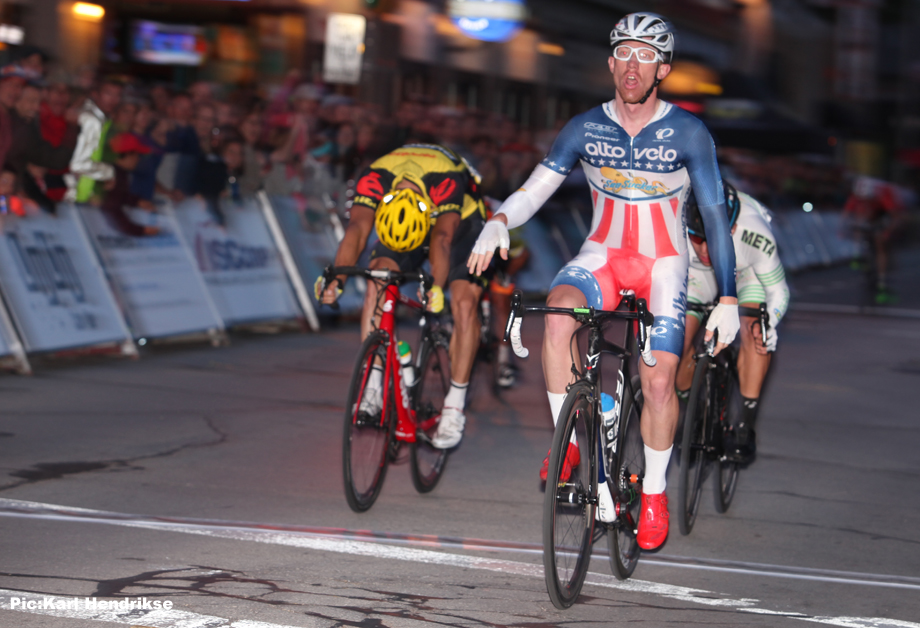 A new entry on the ToAD roster of venues, the Milwaukee neighborhood of Bay View lent the element of cool to Tour of America’s Dairyland presented by Wisconsin Milk Marketing Board. The 7-turn Café Centraal Bay View Classic was lined with spectators, house parties, a tattoo parlor, a comic book shop, a vintage record shop spinning, an art fair, the Bahati Foundation base camp at turn one, and an overall element of uber hipness. 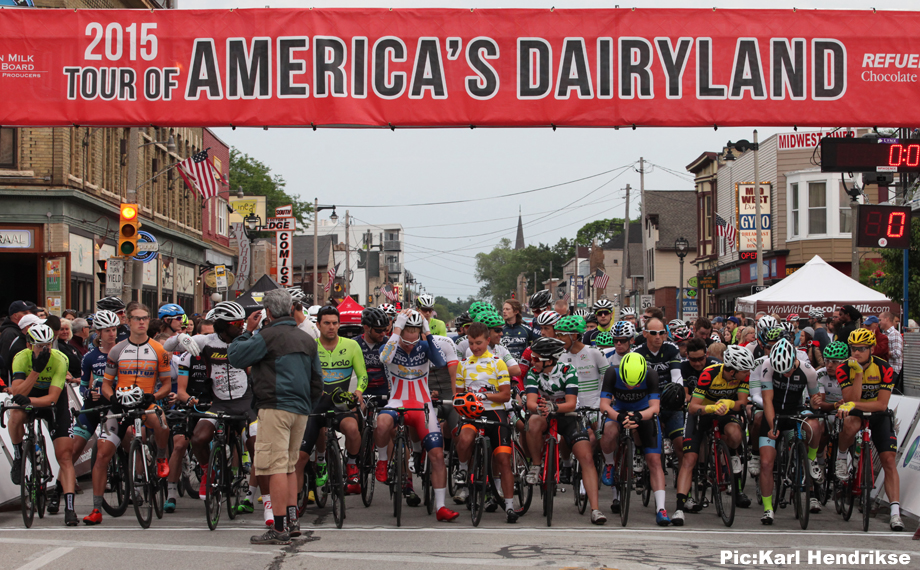 Day after day, the Pro Women continue to crank out exceptional efforts. With two laps on the counter, Cari Higgins (UnitedHealthCare), who raced in the Masters 1/2 just prior to the Pro Women’s contest, picked up a $250 cash prime and kept going as Fearless Femme and Mellow Mushroom joined her heading into the final lap. The Bay View crowd bent over the boards saw Lauretta Hanson (Fearless Femme) sprinting on the inside for the ToAD Day 9 win. A welcomed regular on the podium in recent days, Laura Van Gilder (Mellow Mushroom) took second while Yussely Soto (ISCorp-SmartChoice MRI) claimed third. 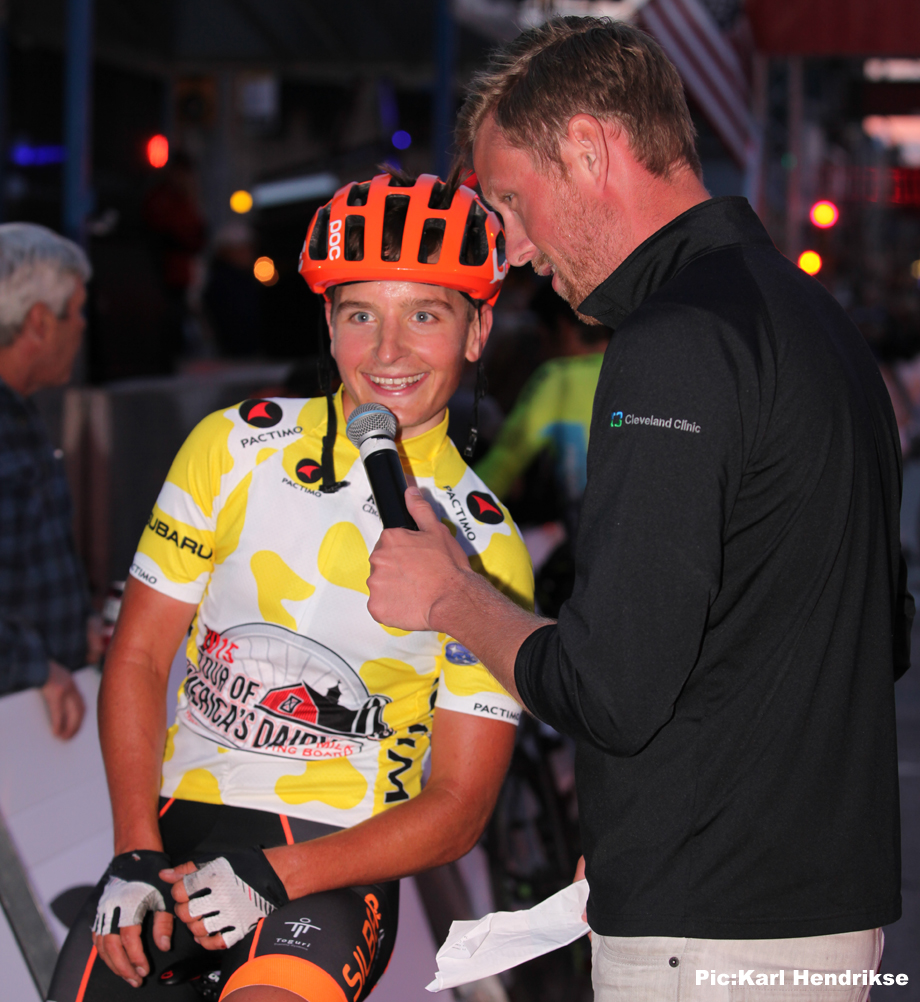 Entering the night, Tina Pic (Pepper Palace) was just four points ahead of Hanson in the Boston Store Pro Women Pmnium; exiting the race, Hanson takes over in pink, just one point ahead of Pic. Cole is back in the Oarsman Capital Cat 2 Amateur green jersey. The ISCorp squad leads the SmartChoice MRI Pro Team Omnium, a dozen points ahead of Fearless Femme. 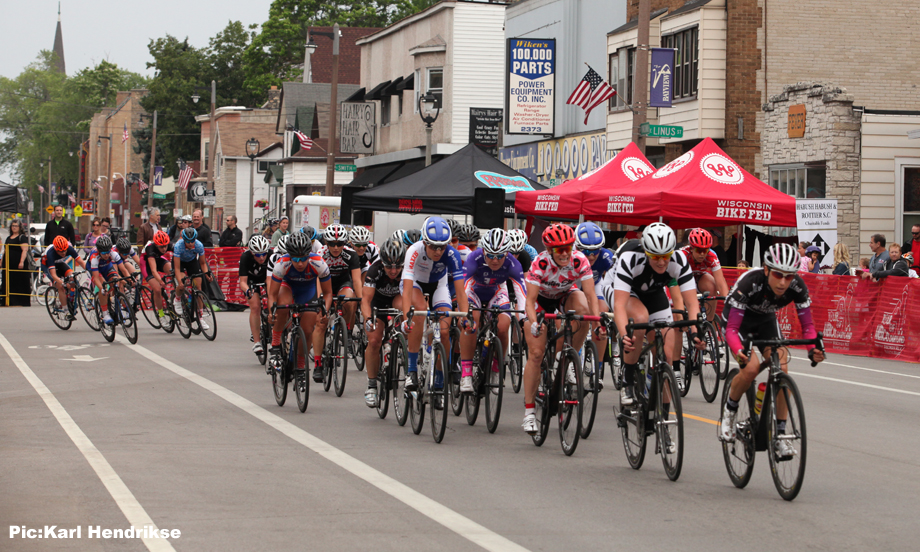 Early solo flyers, loosely-held breaks and resets were aplenty as the roar from the Bay View cowbells, bull horns, screams and board bangs increased as the night grew long. Nearing race midpoint, Jack Bobridge (Budget Forklift) and Ben Hill (CharterMason) shot out of a cannon and blasted out of sight. The gap quickly tickling 20 seconds, Daniel Holloway (AltoVelo-Seasucker) caught the twosome after pulling out of the SRAM pit from a rear flat fix. The threesome hung tight as their race became a fight for podium position. Primes flying, the gap widening, the field was shuffling. Ten laps remaining, the gap from break to the field reached a full minute, with Holloway, Bobridge and Hill catching the break at five to go. It was a field slug fest between Astellas and Budget Forklift in the final two laps but KK Avenue witnessed Holloway in Stars and Stripes screaming on the inside for victory. Ben Hill and Bobridge put forth tremendous efforts, taking second and third, respectively. 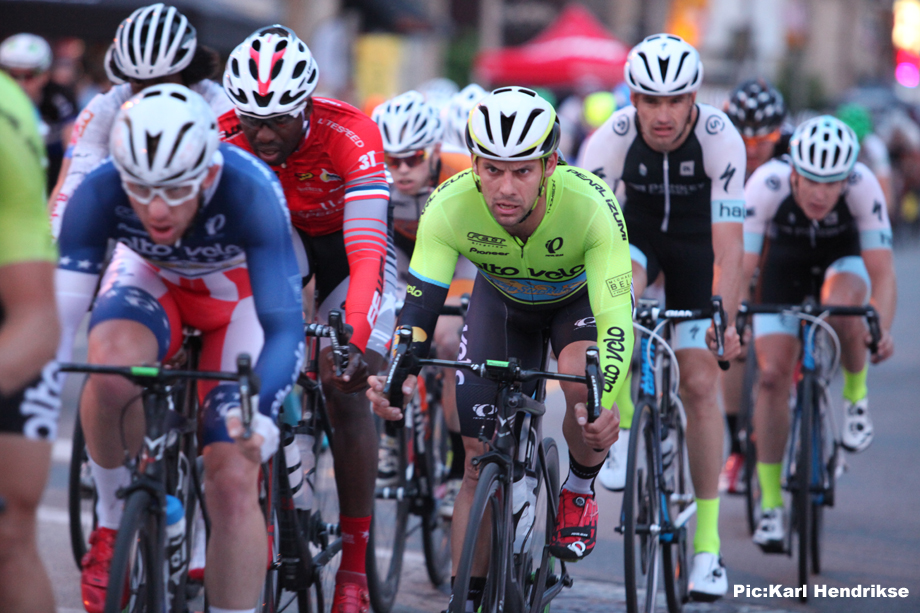 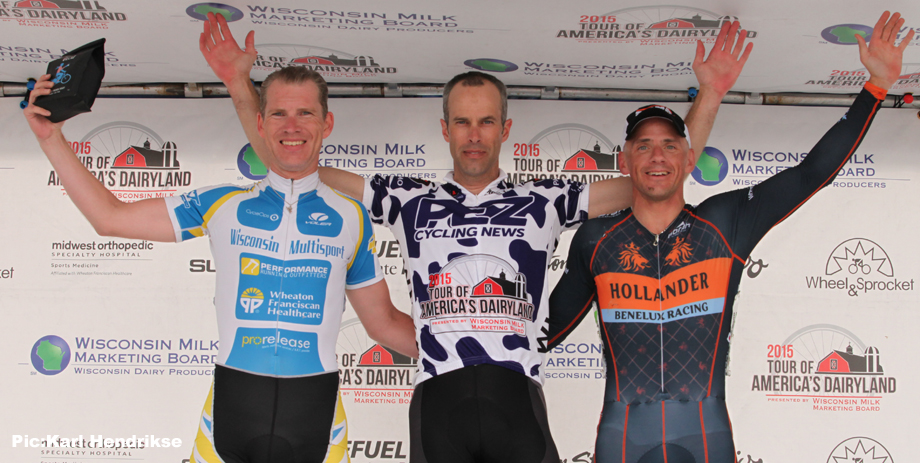 Day 10 of the Tour of America’s Dairyland continues Saturday at the racer and crowd favorite ISCorp Downer Classic presented by SmartChoice MRI, home of the equal payout Ben’s Super Prime for Pro Men and Pro Women. 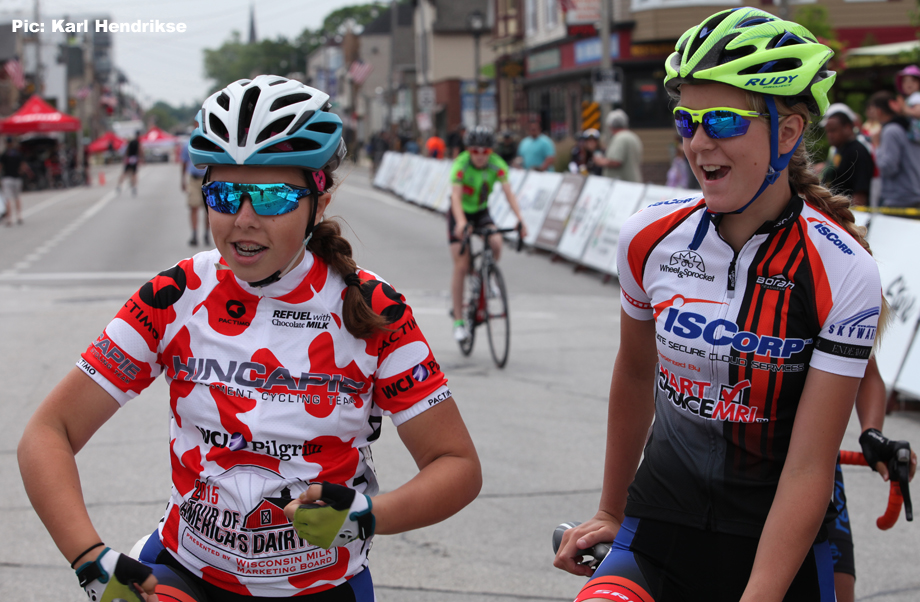