GranFinale Day of 11 (Sunday, June 28, 2015). The East Tosa Gran Prix, part of the 2015 Tour of America’s Dairyland presented by Wisconsin Milk Marketing Board. 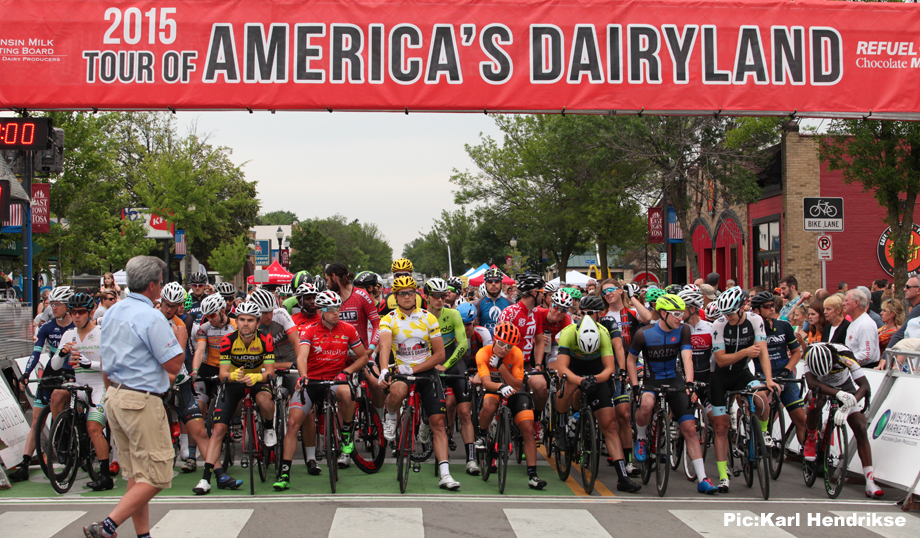 The 7th Tour of America’s Dairyland presented by Wisconsin Milk Marketing delivered thrill and mystery right down to the day’s last lap on its eleventh and final ToAD series stop, as clear omnium winners going in there were not. 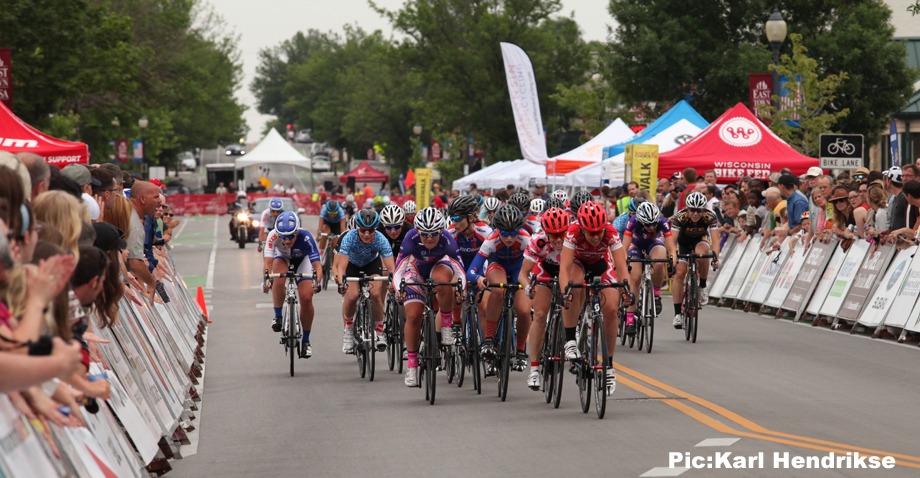 On the Day of the Sabbath, East Tosa altered their plans, and came out in force to cheer for our athletes one race away from their day of rest. Lining the course at breakfast and standing nearly 10-deep in spots for the Pro races, the East Tosa Gran Prix was truly a GranFinale. 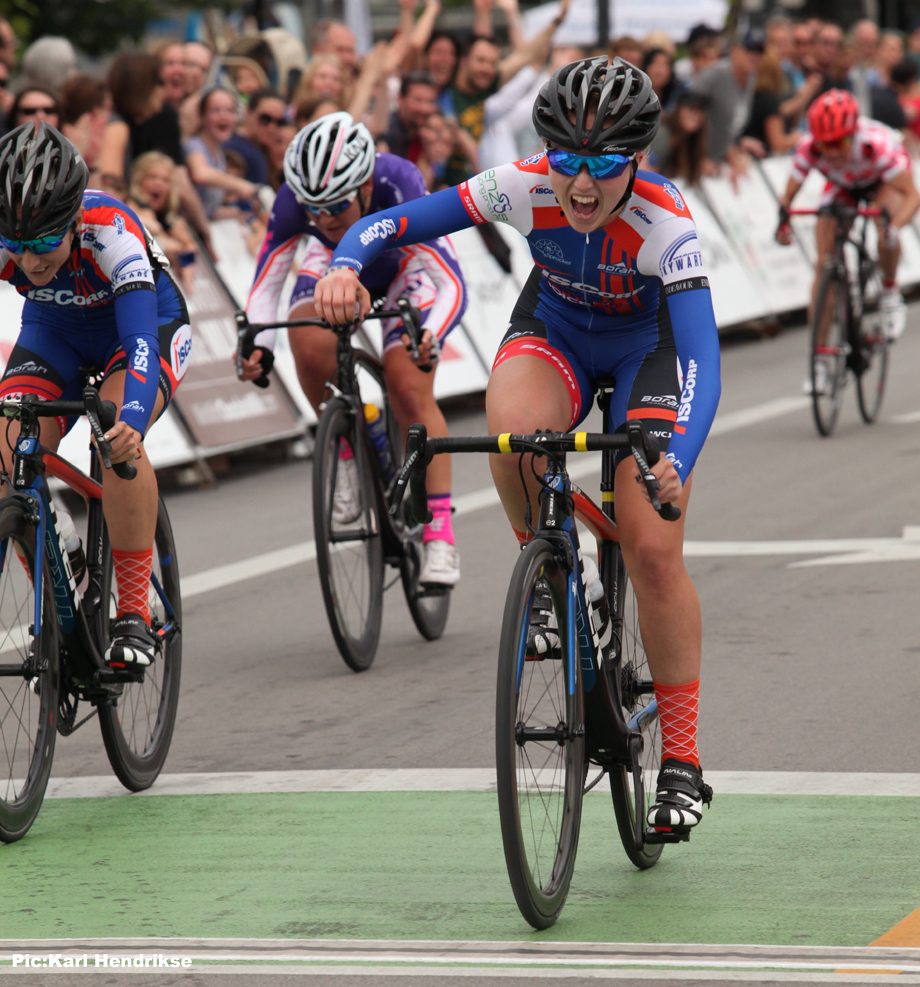 The crowd saw the gameboard shuffle with each lap as Pepper Palace, Fearless Femme and ISCorp-SmartChoice MRI were the usual suspects off the front. Going into the night, Tina (Pepper Palace) stood atop the Boston Store Pro Women Omnium standings just two points ahead of Lauretta Hanson (Fearless Femme). One showing on the lap counter, Pic was being led out with ISCorp tucked behind. The pace was frenetic as an all-out sprint ensued with Wisconsin’s cycling sisters, Skylar and Sam Schneider, going one and two across the East Tosa Gran Prix line. Hanson took third for the day but with Pic logging a fourth place finish for the day, Pic went home in the pink Boston Store Overall Winner’s jersey, by the narrowest one point margin. 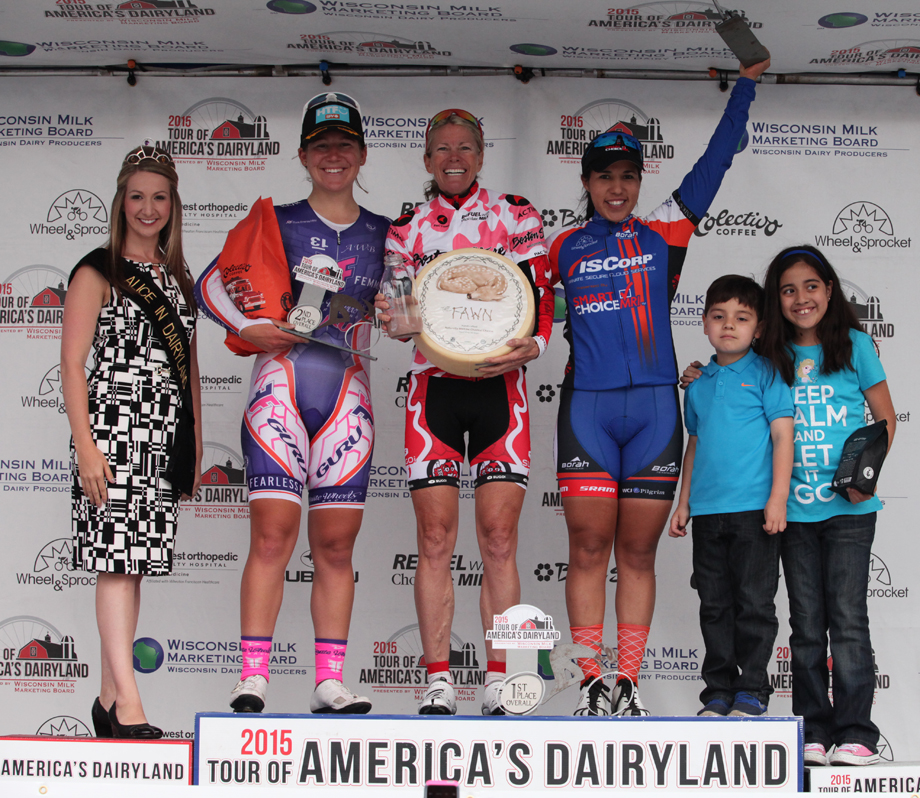 And then there with 73, with one less rider jumping with the gun, as Brandon Feehery (Astellas) flatted on the start line and joined out of the SRAM pit on the go-around. Primes, attacks and rotating chasers were again on the docket throughout the 90-minute contest. The pace was freight train fast as many added cash to their pockets while others calculated points. Five laps in, LAPT’s Billy Mulligan, ToAD’s Overall Oarsman Capital Cat 2 Amateur winner, took a huge solo flyer off the front before Ben Hill (Charter Mason/Donkey Label) and Dustin Morici (EGO-Sammy’s Bikes) accepted their party invites. Mulligan slipping with two laps showing, it was all Ben Hill with Morici on the chase. For the ToAD GranFinale solo win at the East Tosa Gran Prix it was Ben Hill with Budget Forklift making two more podium appearances as Sunderland and O’Shea took second and third, respectively. 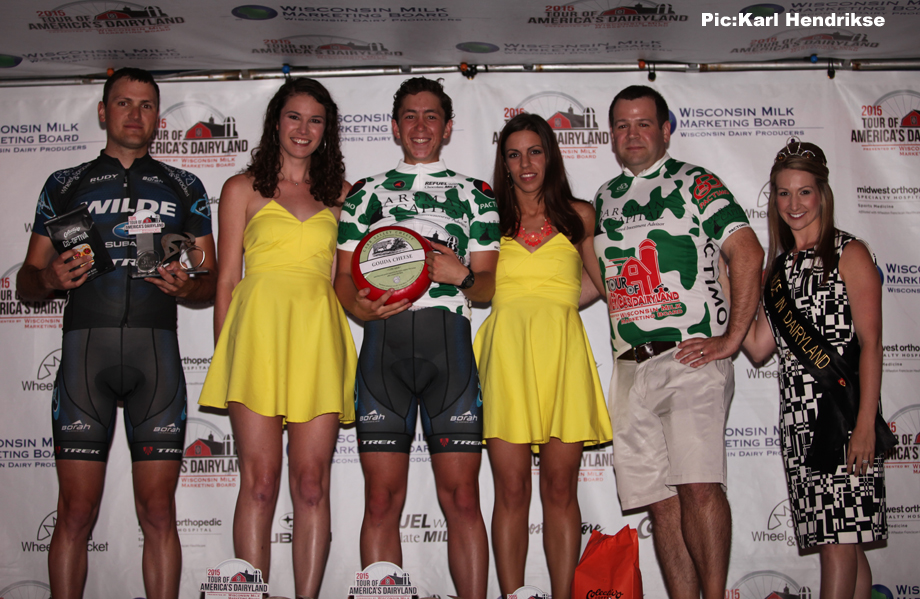 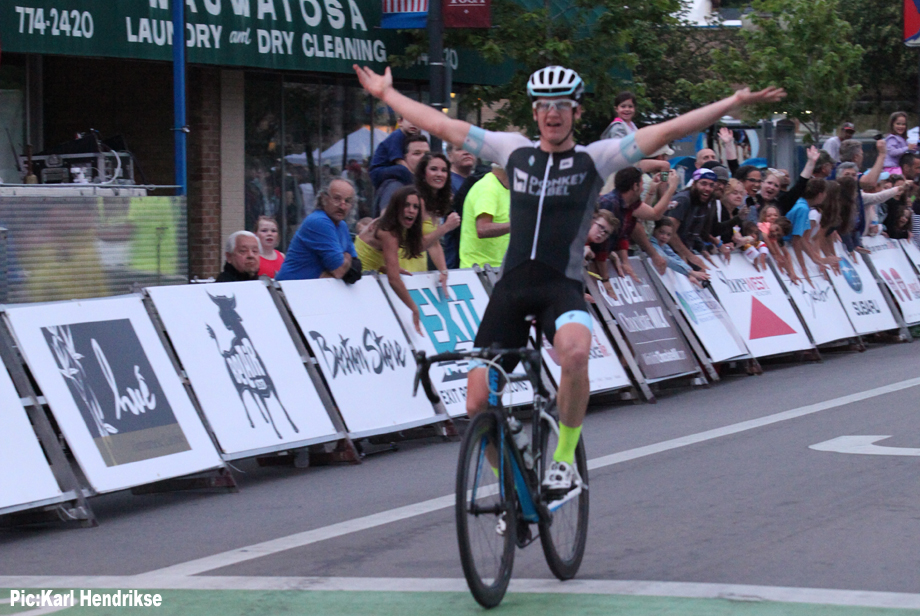 The 2015 Tour of America’s Dairyland presented by Wisconsin Milk Marketing Board is a wrap. Time for rest, and visions of 2016. 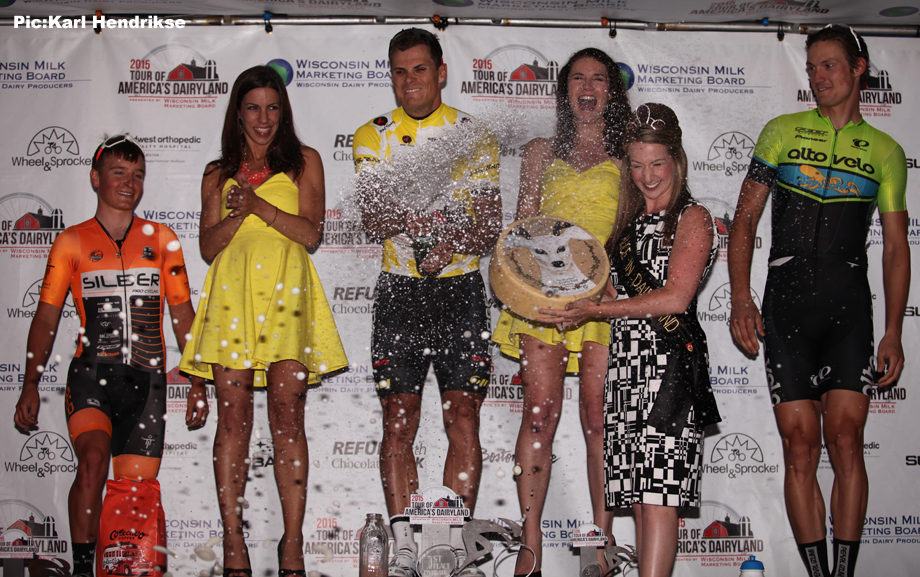