Day 2 of 11 (Friday, June 19, 2015) The exceptional show of strength and the deep dispensing of cash continued Friday on Day 2 of the Tour of America’s Dairyland presented by Wisconsin Milk Marketing Board in quaint East Troy, Wisconsin. 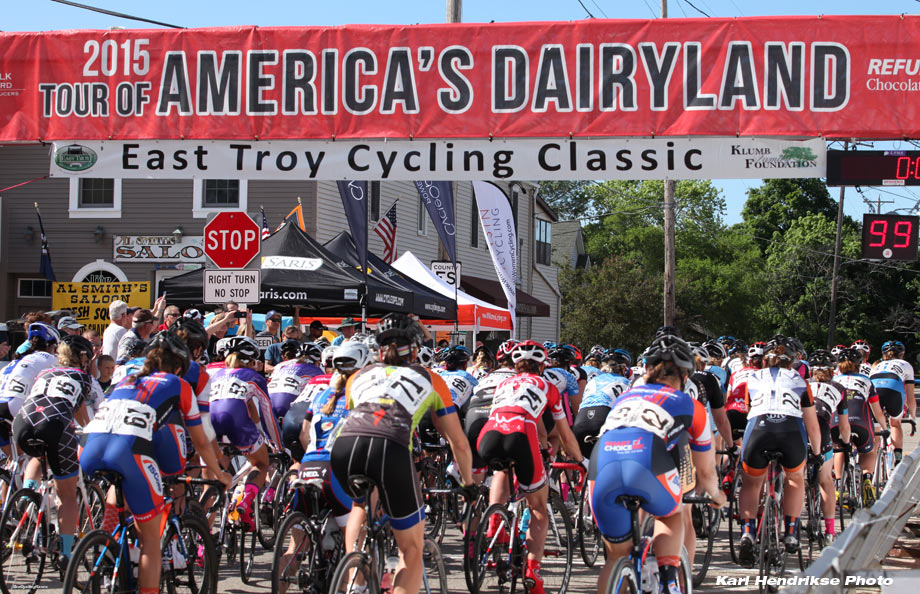 With five grand in cash and merch primes up for grabs over the course of the blue sky day, Sarah Fader (Pepper Palace/The Happy Tooth) stole a quick $100 and kept the runaway car moving for several laps before being caught midway through the 60-minute chase. With anxious energy palpable in the field, and the New Zealand Cycling team on high alert, a group of four broke off an 8-second gap – Fader, Amy Cutler (Fearless Femme), Laura Van Gilder (Mellow Mushroom) and Abigail Mickey (UnitedHealthCare).

Three laps later, the Dennis and Janice Klumb Family Foundation, presenting sponsors of the East Troy Cycling Classic, flashed 10 hundred dollar bills. The race for the prime was a full-on sprint with Lauretta Hanson (Fearless Femme) besting Cari Higgins (UHC) by the narrowest of margins for the prime.

Two to go, New Zealand Cycling’s Lauren Ellis launched a solo attack with Fader out of the saddle on the chase but Ellis built the gap to eight seconds with just one lap showing on the counter, and took home the win. A carbon copy of their prime battle, Hanson eked out a second place finish over Higgins at the line. 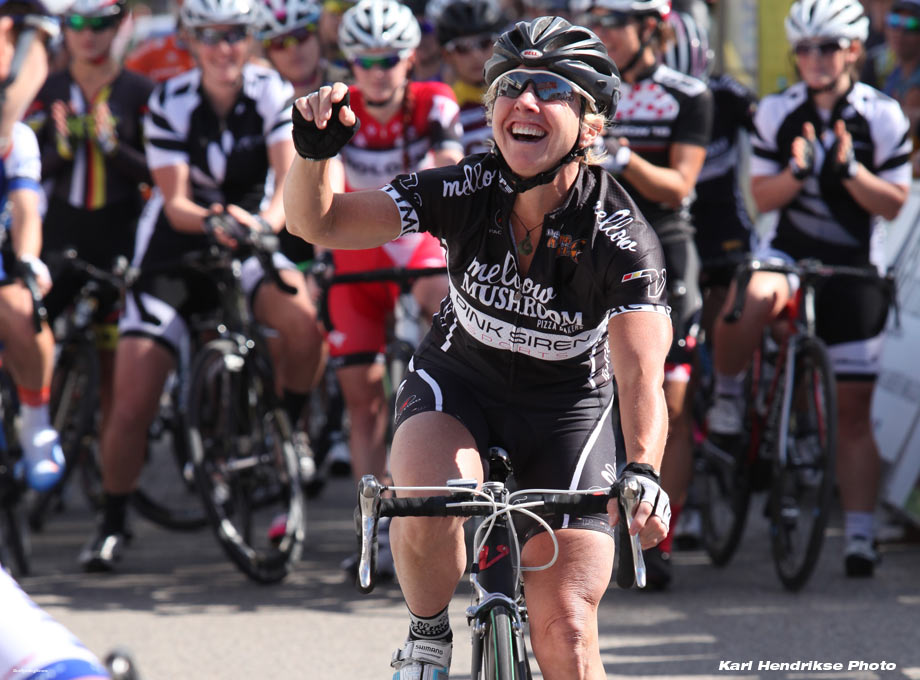 Laura Van Gilder (Mellow Mushroom) soaks in the thrill of the call to the line.

Adrenaline continued to run high in the Pro Men’s race with Alexander Ray (Silber Cycling) off and racing in a different ZIP Code just 15 minutes in before AltoVelo-SeaSucker lead the charge in bringing him back. At the midway point of the 90-minute contest, a break of five formed – Daniel Holloway (AltoVelo), Colton Barrett (Texas Road House), Andrew Hammond (Palmer), Adam Myerson (Astellas) and Grant Erhard (SBR Quantum).

And then there were two – Barrett and Erhard – and now you know the rest of the story. The gap at 15, then 21, now north of 30 with the field giving up the chase as the Barrett and Erhard had the back of the field within sight. The field splintering with 15 laps remaining, the race for third became a shuffle as a thousand dollar prime was announced with five laps to go. Speeding tickets a plenty to Astellas, Rahsaan Bahati (Bahati Foundation), A Ray and others but it was Aussie Scott Sunderland (Budget Forklift) who tucked that thousand bucks into his back yellow leader’s jersey pocket. 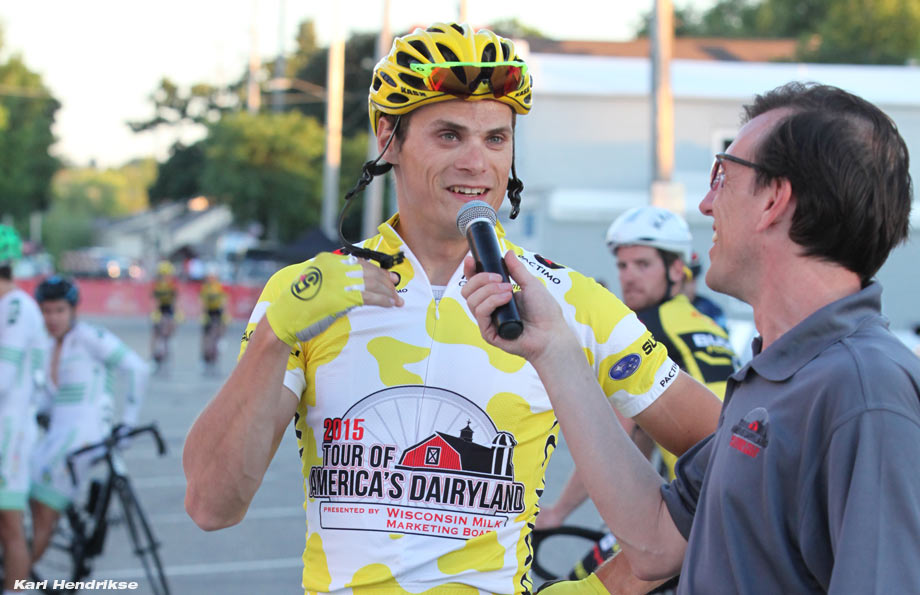 The race nearing an end, the crowd’s cheers for the day’s leaders sustained through the final laps. Erhard and Barrett going early and long, it was Barrett sitting second in the final stretch before punching it for the win over Erhard. Holloway led out the field sprint for third. Sunderland stays in the Wisconsin Milk Marketing Board Overall Leader’s jersey. The Klumb Family awarded the Pro Men Top 3 an extra $600 in bonus payout cash for their efforts. The Astellas team took to the stage as leaders in the SmartChoice MRI Pro Team Omnium.

Tour of America’s Dairyland continues today for Day 3 at the Giro d Grafton, a racer and crowd favorite.