Day 10 of 11 (Saturday, June 27, 2015). The ISCorp Downer Classic presented by SmartChoiceMRI, part of the 2015 Tour of America’s Dairyland presented by Wisconsin Milk Marketing Board. 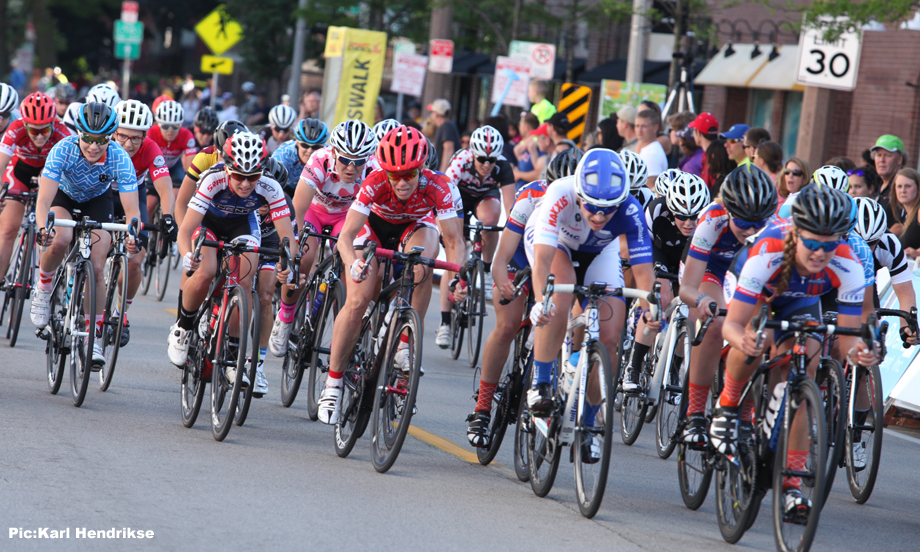 Day 10 of the Tour of America’s Dairyland presented by Wisconsin Milk Marketing took racers to Milwaukee’s Eastside for the ISCorp Downer Classic presented by SmartChoiceMRI. Home to the Ben’s Cycle Super Prime, this is the party of a race day where fans line the boards early and stay late, the kids’ race multiple heats close out, a bike shop keg race takes to the streets, brats sizzle, dogs rule, and an overall sense of fun and good cheer envelops the day.

With Lauretta Hanson (Fearless Femme) sitting just one point ahead of Tina Pic (Pepper Palace) in the Boston Store Pro Women omnium and hefty primes on the line, teamwork and strategy were integral as 73 riders took to the line. Some maneuvering throughout, the race was calm before the storm of the Ben’s Cycle Super Prime on the course backside just under 5 laps to go. Riders unclear on when the prime bell sounded, Ben’s Cycle upped the final payout from $3,000 to $4,000, giving Pic and Cari Higgins (UnitedHealthCare) an equal share of the pie. Moments later, a $500 cash prime was in play as Higgins jumped from the field, blasted through the formation of a minor break, and grabbed the money pile with both hands. Two on the lap counter saw Pic tucked behind Pepper Palace teammate Courteney Lowe. The all-out sprint was in full force with one lap and just under one mile to go. Taking the victory after arriving in Wisconsin on the red eye was local favorite Samantha Schneider (ISCorp-SmartChoiceMRI). Schneider, currently 2nd Overall in the USA Cycling National Criterum Calendar (NCC) standings, saw ISCorp teammate Yussely standing to her right on the podium, with Pic taking third. 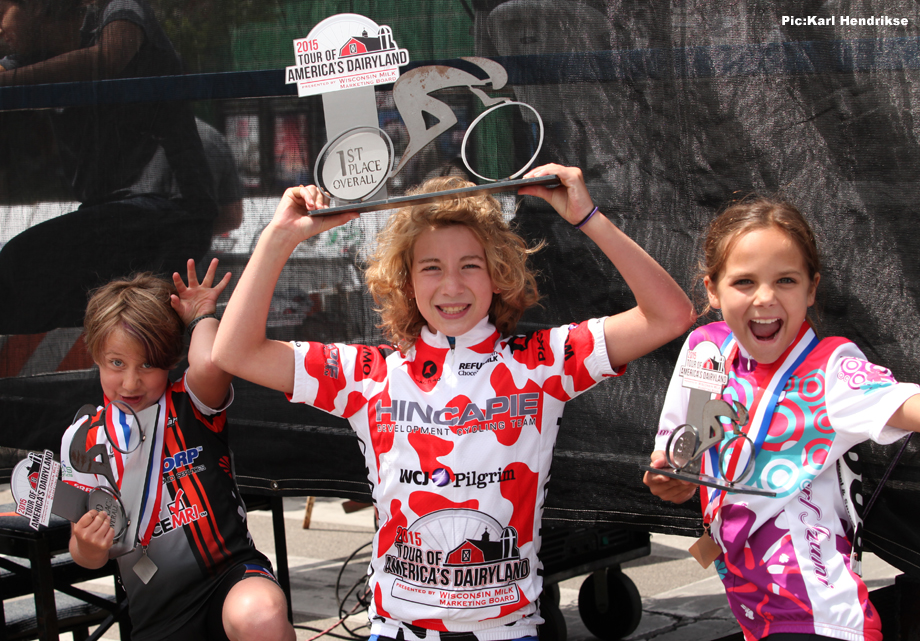 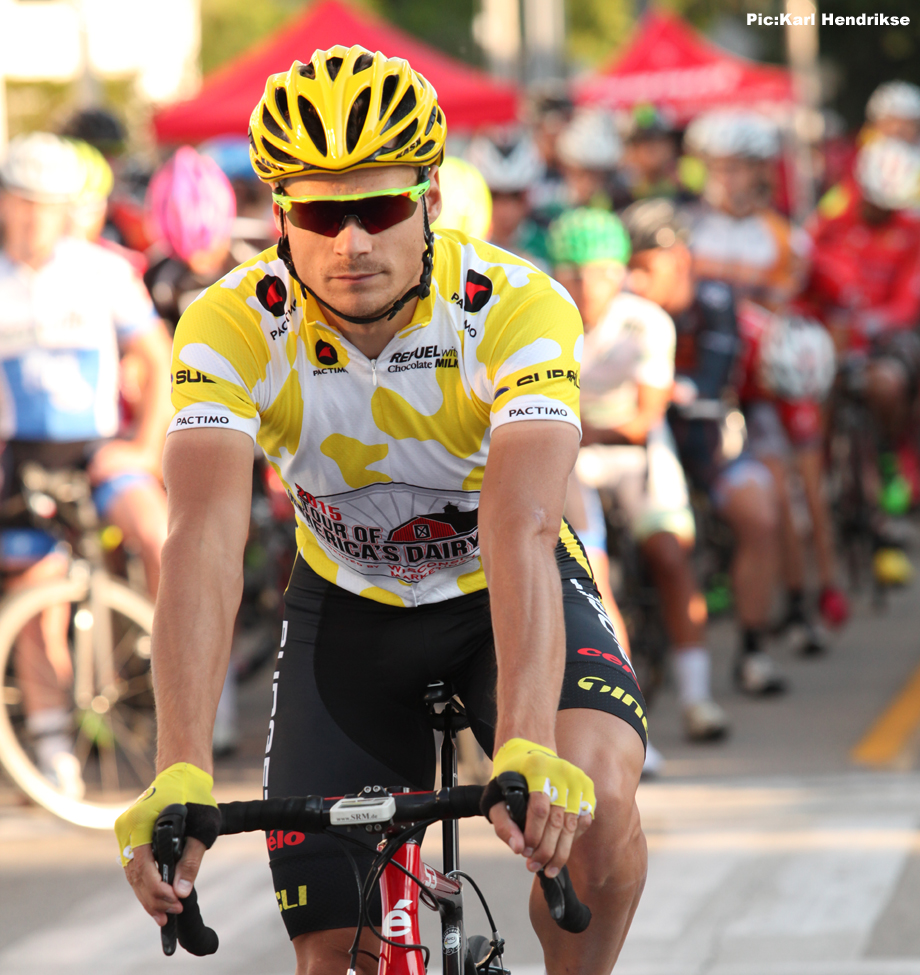 The 108 Pro Men came to the line with thoughts of GC points, the $4,000 Ben’s Super Prime, additional green, sprint points and the final two of 11 ToAD days of racing. It was a 90-minute contest of attacks, strategy, high speed, heavy primes, and heavier exhaustion. The plot thickened around 15 to go as Budget Forklift’s Jack Bobridge took a huge solo flyer of the front, going hard and building the gap to north of twenty seconds. Looking worn but determined, Bobridge blasted out of sight. Field primes were aplenty but Bobridge pressed on with a single-sighted goal of victory. But it was heartbreak for Bobridge and the thousands of fans recruited into his cheer corner, as the backside Ben’s Super Prime was announced. The field lit up for the cash, and closed the gap in the process. AltoVelo-Seasucker Daniel Holloway stole the $4,000 in cash from Ben’s Cycle but suffering collateral damage was Bobridge as the break caught him and ultimately landing him in 65th for the day. Insult to injury, a $500 cash prime was now on the line and soon to line the pockets of Brandon Feehery (Astellas). The field on fire, either shattered or scattering for position, they all came back together with one final lap showing. Anyone’s race. The crowd deep at the boards and hanging above from a stories tall parking structure, Downer Avenue was electric. In the end, took home not only the Ben’s Super Prime but the ISCorp Downer Classic victory itself. If there was any justice for Budget Forklift, Scott Sunderland took second as Camilo Ulloa (Liciclismo-Meta Colombia) rounded out the podium.

Tour of America’s Dairyland presented by Wisconsin Milk Marketing Board concludes Sunday after 11 days with the East Tosa Gran Prix.