Day 8 of 11 (Thursday, June 25, 2015) of the 2015 Tour of America’s Dairyland presented by Wisconsin Milk Marketing Board. The Neenah Rocket Criterium. 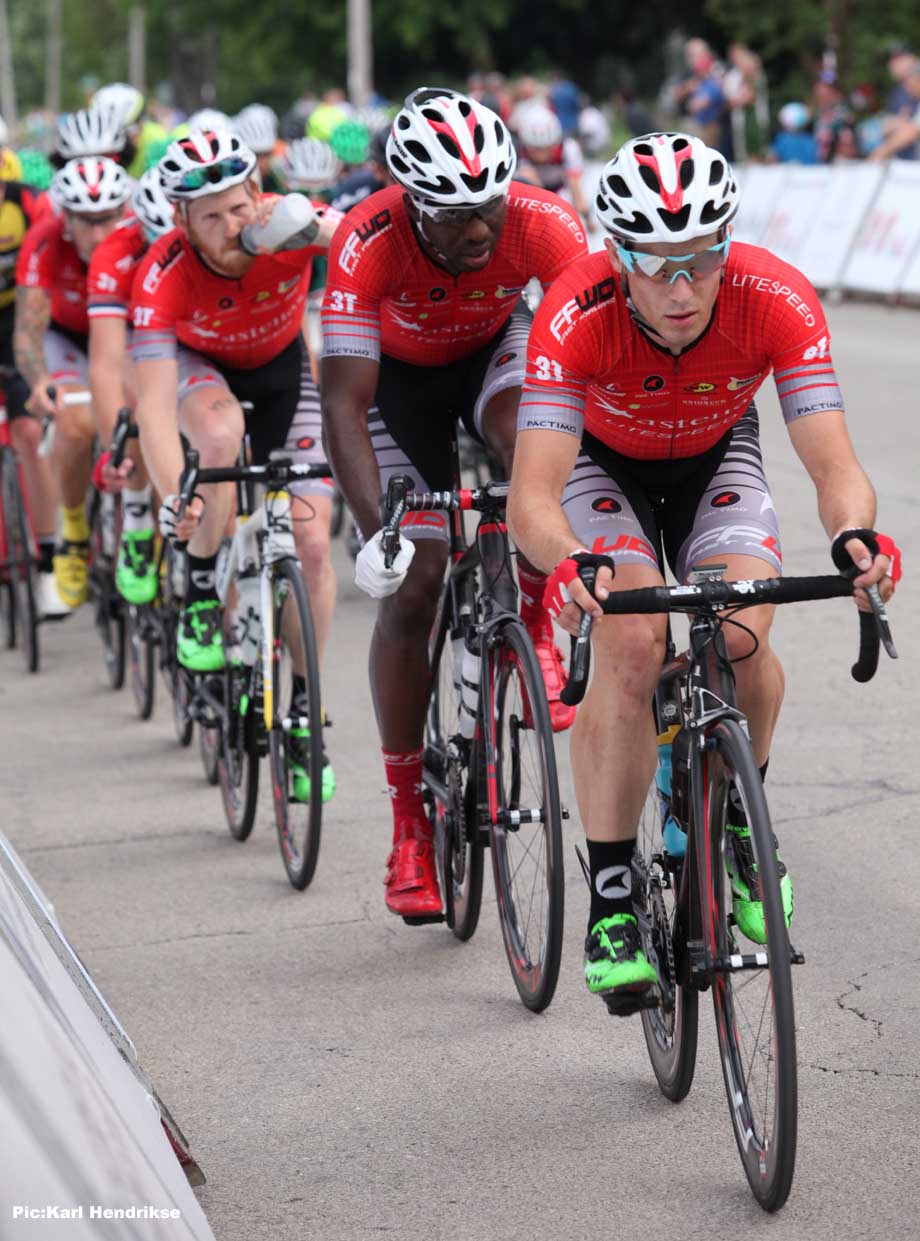 Neenah, Wisconsin, hosted the Tour of America’s Dairyland presented by Wisconsin Milk Marketing Board for the first time in the series tenure, and the crowd was not disappointed by the display of teamwork, determination and athleticism.

Sixty Pro Women took to the Neenah Rocket Criterium line as overall omnium standings continued to be tight. Looking refreshed, they hit 26mph out of the gate. An ongoing game of chess throughout the race, major moves occurred with two laps on the counter. With Pepper Palace and ISCorp-SmartChoice MRI leading the charge with Mellow Mushroom’s Kristien LaSasso up and out of her saddle, racers saw one to go. All together out of the final turn, Tina Pic (Pepper Palace) came flying down the straightaway on the inside for another ToAD victory. Cari Higgins (UnitedHealthCare) stood second on the podium, picking up some hefty primes along the way. Laura Van Gilder returned to the third step. 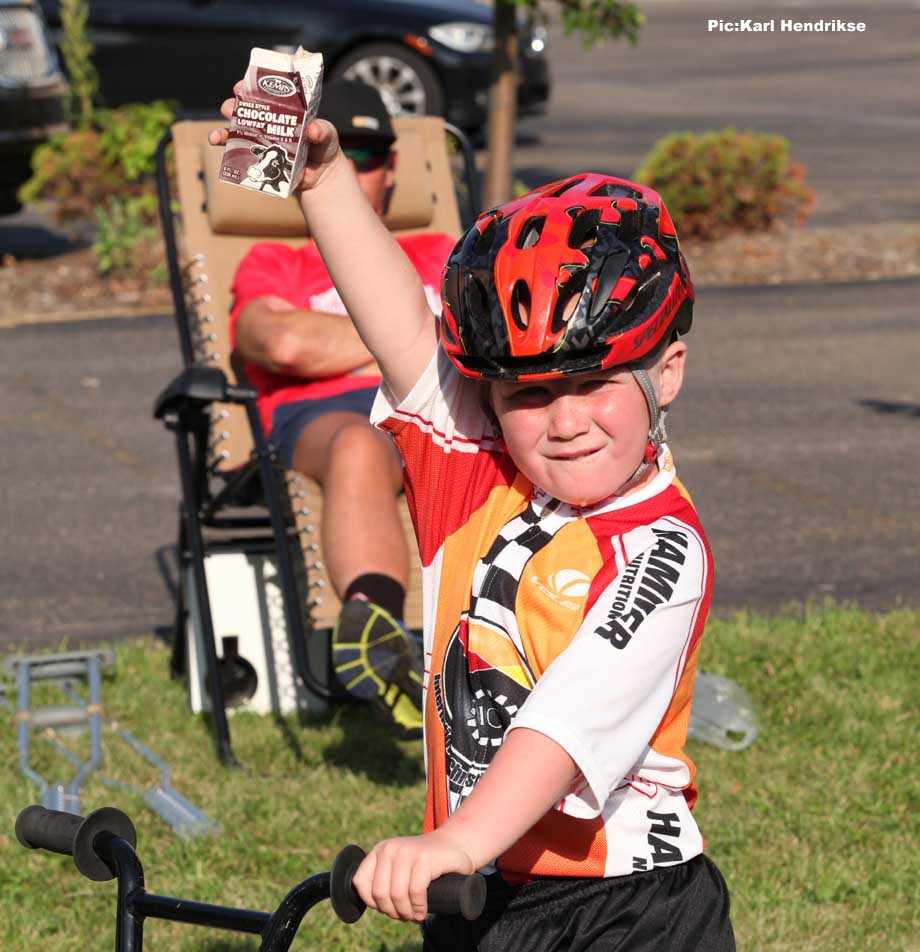 In the Boston Store Pro Women’s Overall Omnium, Lauretta Hanson (Fearless Femme) hands the pink leader jersey over to Pic who leads by just four points, with Van Gilder and Yussely Soto (ISCorp) still within striking distance. Hanson teammate Janelle Cole slips into the green Oarsman Capital Cat 2 leader jersey. ISCorp stays atop the SmartChoiceMRI Pro Team Omnium standings but Fearless Femmes is within reach 25 points back. Crowds have been treated to some phenomenal women’s racing, and the final three days promise to be nothing short of spectacular. 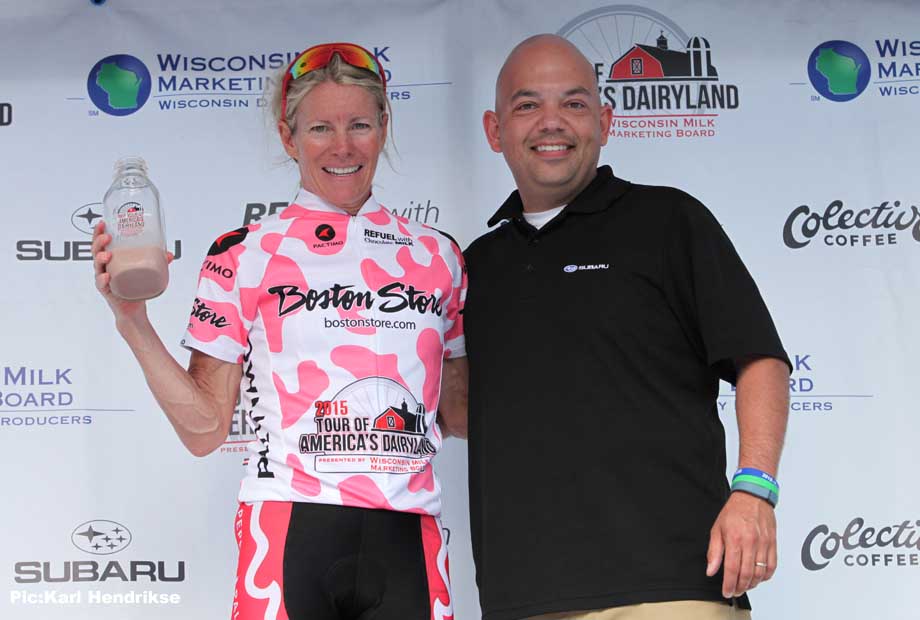 The Pro Men continued to have their fun with snaking and chasing and pick-pocketing of primes throughout. A legit break of four formed roughly 30 minutes in: Grant Erhard (SBR Racing), Adam Myerson (Astellas), Omar Mendoza (Liciclismo Meta) and Jack Bobridge (Budget Forklift). The gap at 20 seconds, AltoVelo’s Daniel Holloway was on the chase and was joined by three others with the gap growing to 40. Multiple chase groups forming and dissolving; primes seemingly caught then stolen, the race was a shell game. Just under 20 laps to go, the break caught the field, and the race for the podium began. Astellas lined the front of the field with Budget Forklift tucked behind. The exhibition of teamwork was exceptional. One to go saw Budget Forklift up front and working like dogs for Bobridge. But the victory in Neenah belonged to 43-year-old Daddy-to-be Adam Myerson. Colombian Mendoza took second. After his victory at Road America, Bobridge stood third on the podium. 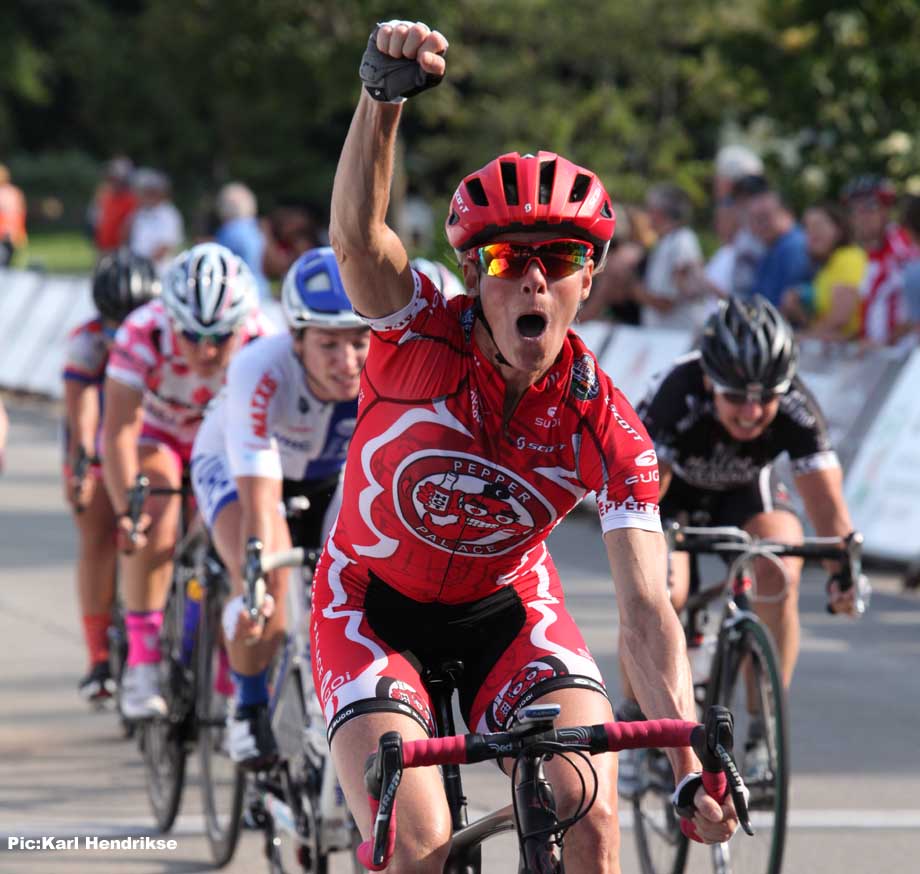 Alexander Ray (Silber Racing) stays in the yellow Wisconsin Milk Marketing Board overall leader jersey with Bobride teammate Scott Sunderland sitting just one point back. The determination of the winner of this competition could go all the way to Sunday as Brandon Feehery (Astellas) and Aldo Ino Ilesic (AltoVelo-Seasucker) are in the running, just four and 11 points from Ray. LAPT’s Billy Mulligan grabs the Oasman Capital Cat 2 leader jersey from Jose Frank Rodriquez (Stradalli). The Budget Forklift squad still controls the SmartChoice MRI team omnium, 18 points ahead of Astellas. 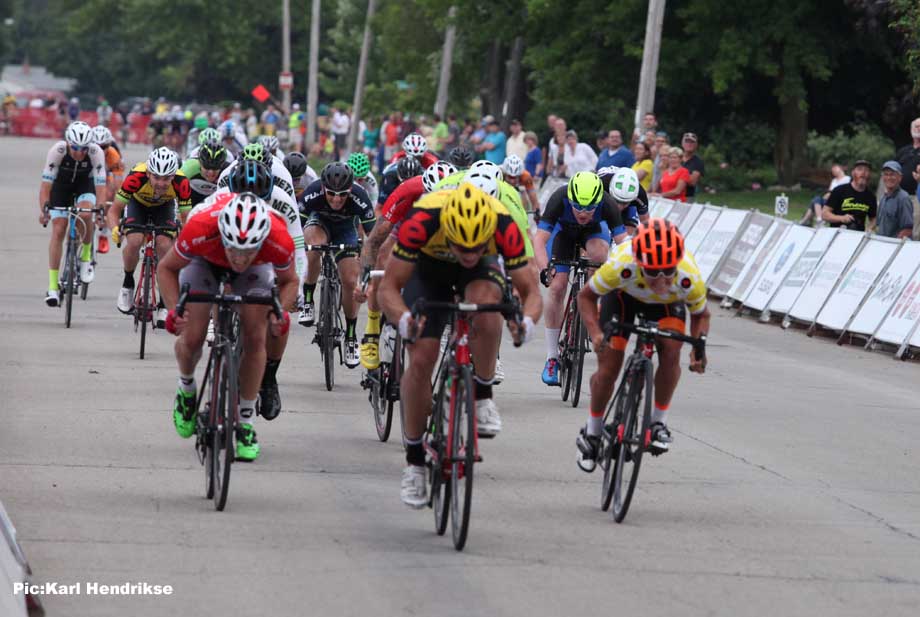