Heading into Sunday’s final stage – a 122.4 km circuit race – Daniel leads Canadian Hugo Houle by 16 seconds. Riding for the Canadian national team instead of his trade team, Houle benefitted from an overnight decision by race commissaires to change the time bonuses awarded after Friday night’s stage.

“Because it was a split stage day, they could only award bonuses of six, four and two seconds instead of the 10, six and four-second bonuses on a standard stage,” Axeon Hagens Berman Sport Director Jeff Louder said. 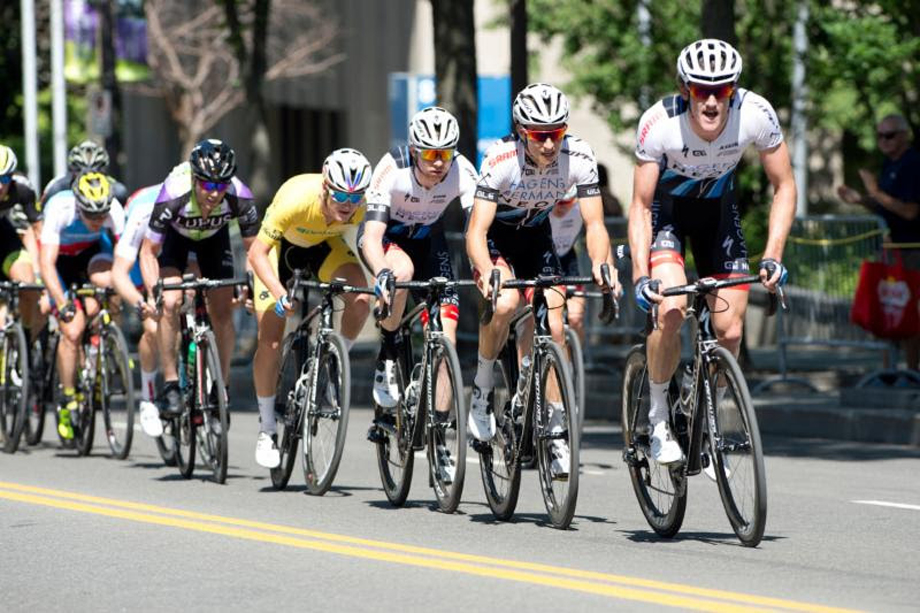 The decision sliced two seconds from Daniel’s lead. But Daniel said it hardly affected the team’s strategy for the 35-lap, 70-kilometer race.

“In an ideal world, our plan was to let a group of five or six guys go up the road who were not too high on the general classification,” Daniel said. “Then we would let them get a little lead while we controlled things from behind. And that is exactly what happened.”

The five riders who comprised the breakaway reached the finish line 18 seconds ahead of the peloton, with Mihkel Raim earning his second stage win for the Cycling Academy Team. Pierrick Naud (Rally Cycling) and Ben Perry (Silber Pro Cycling) were second and third in the same time.

Like he did on Friday night’s stage, Owen was there to safely guide Daniel through the final kilometers.

“I am really good at these hectic finals and these are all good stages that I would normally do well in,” said Owen, winner of this year’s Under 23 edition of Liège-Bastogne-Liège. “So I know where we need to be and what we need to do. Today, I didn’t do an actual sprint. I just did a long, hard effort to make sure there were no time gaps to Greg and that he could hold my wheel. I think that’s why we were second and third in the field sprint instead of first and second.”

In crediting his teammates for helping him keep the overall lead, Daniel particularly pointed to the work done Colin Joyce, who has been racing sick most of the week.

“Lesser men would have pulled out by now,” Daniel said. “I know I would have. But there’s Colin, on the front every day, giving it his all. Just like Friday, the team rode amazingly well and to the book.”

Louder and Daniel agreed the team will face its toughest challenge since Daniel donned the leader’s yellow jersey after Thursday’s stage. Twelve laps of a 10.2-km circuit through the streets of Ville de Saint-Georges traditionally take a significant toll on the peloton.

“The last stage of Beauce is always hard,” Louder said. “The circuit has a tough climb and turns and changes in rhythm. It is typically a very hard stage for a team to control. I am very impressed by the whole team, however. The guys have shown in the past two days how strong and cool-headed they all are and I am confident in our chances. There is plenty of work to do, but we are up to the challenge.”

Daniel said he remembers the last day of the race last year being one of the hardest.

“So I think we will have our work cut out for us just trying to control things,” he said. “But I think we have the strongest team here and as along as we stay together and not panic, we can keep the lead.” 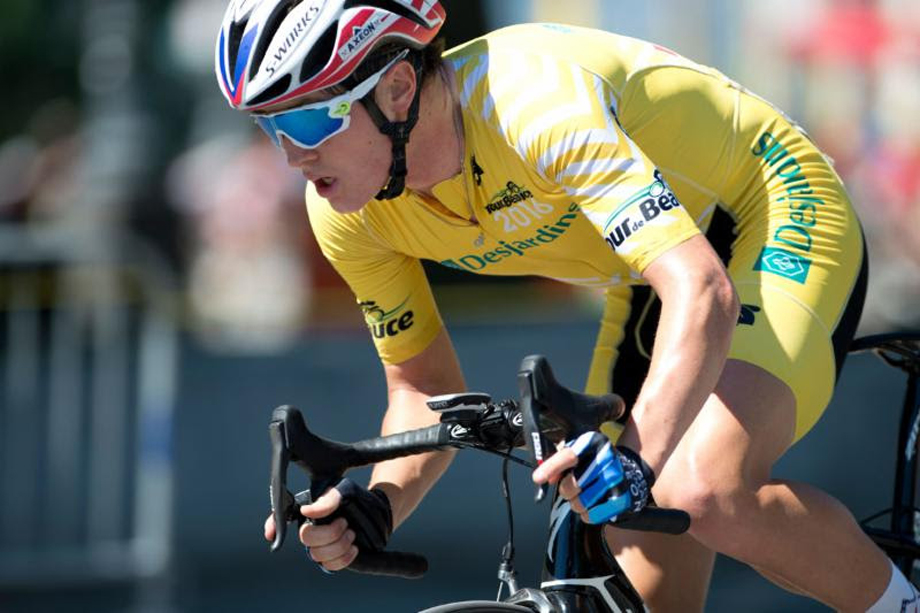 Daniel said his toughest task is still to come in the race’s final stage on Sunday. (Photo ©Casey B. Gibson.)