Final Tour Round Up: The dust has settled on the cobbles of the Champs-Elysées in Paris and the paint has started to fade on the Alpe d’Huez, but Ed Hood still has to sum-up the final week of the Tour de France. Tears of joy for Wales and Sky, cries of ‘what if’ from everyone else. Was it a good Grand Boucle?

Click to see the First and Second Rest Day Round Ups. 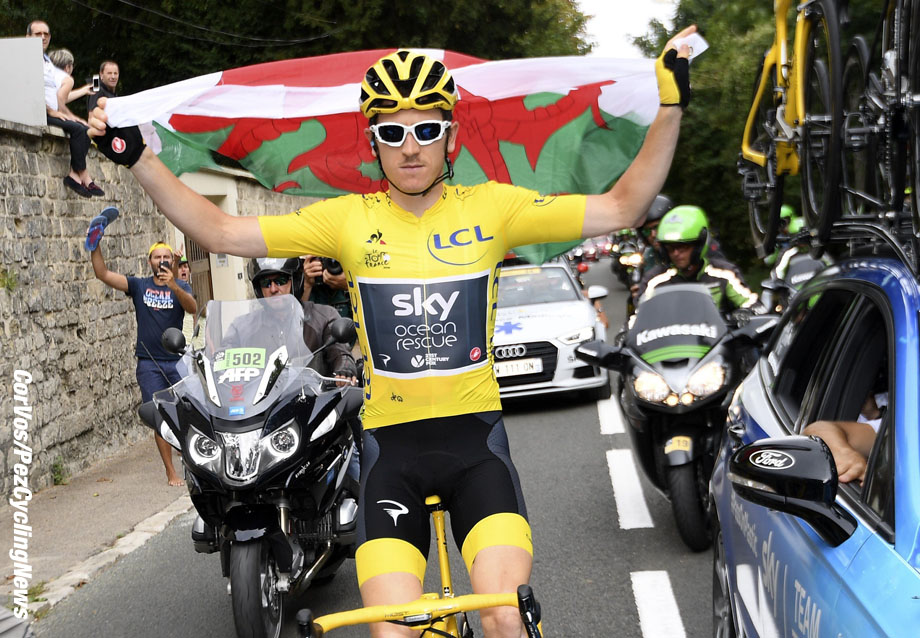 A great day for the Welsh

Where were we?
Ah yes, Team Sky had a tourniquet on the race as we reached the second rest day. They did loosen it a tad in the third week – but just enough to prevent infection. . . 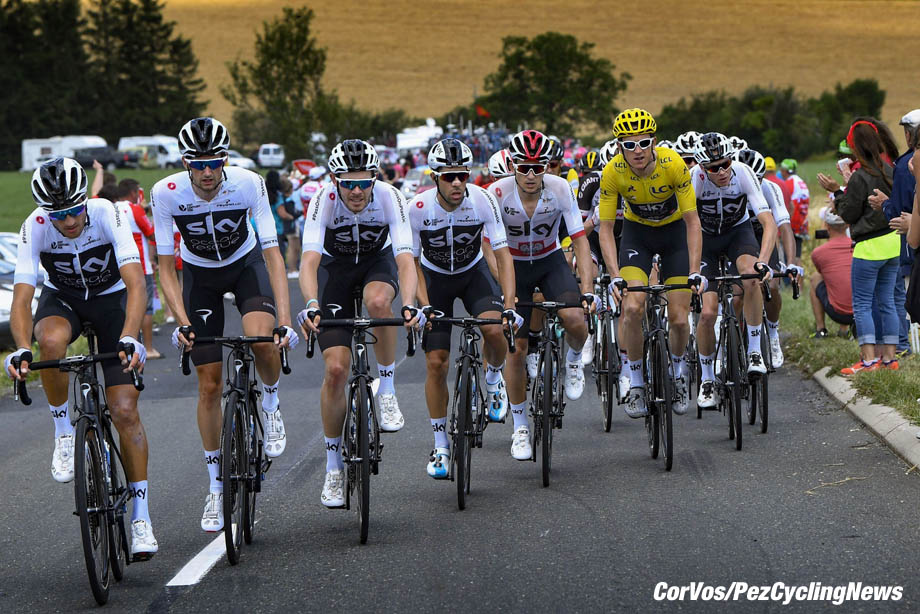 Stage 16:
Alaphilippe makes it four for Patrick Lefevere’s mighty Quick-Step Floors squadra – and a day or two later secures the polka dot jersey for keeps. The big budget teams will be waving their cheque books at the dapper little Frenchman already, if he takes the big bucks offer then the bank balance and the car will be cool – but the results won’t be because it won’t be Quick-Step Floors.

Alaphilippe does it on stage 16: 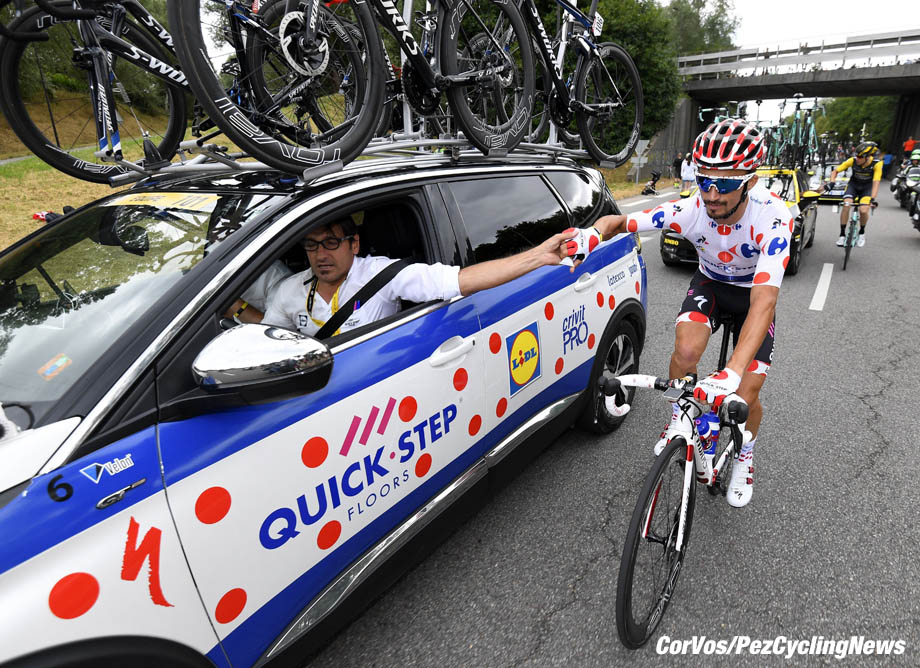 Stage 17:
Quintana provides a modicum of solace for the Telephone Team but Quick-Step took four times as many stages and a jersey on a budget nowhere near that of the Spaniards. Rumour is that Landa is headed back to Astana? Apparently, he reckons he should be sole leader – maybe if he tried riding like one? No loss, let him go – did I really say he could win the Tour for them? Sorry. Monday morning’s issue of the Spanish sports-paper, Marca, reports he will have to stay with Movistar as he has had no other offers.

Nairo has his moment:

Stage 18:
I do like a French stage winner; a solo mountains exploit is best but Tommy V’s tongue has retired so I’ll settle for a good sprint win; nice one, Arnaud Démare. And the Groupama-FDJ jersey is still cool. Stand up whoever said; “did he hang on to the team car door handle?”

Démare does his thing:

Stage 19:
I got lots wrong about this Tour; Froome to win, Geraint to ‘be in service’ of ‘The Dog’; Movistar to seriously challenge – but I did get Primoz Roglic right when I said he was a ‘coming man.’ The efforts he made to win this hard ridden stage probably cost him the podium but a stage win like this was worth it. He can win a Grand Tour.

Roglic on the descent:

Stage 20:
Tom Dumoulin; the consummate ‘chronoman’ – a joy to watch. Roglic crumbles, Froome flies and Thomas wins the Tour. But how can Kwiatkowski be fourth in this test after he spent most of the race on the front of the peloton?

All aboard for the TT:

And not a bad Tour for AG2R-La Mondiale – Bardet off form but Latour in the white jersey; Astana – two stage wins; BMC – Richie was a disappointment but they did win the TTT and GVA looked good in yellow; Bora-Hansgrohe – they have Sagan, enough said; LottoNL-Jumbo with Groenewegen and Roglic; Quick-Step Floors with Gaviria and Alaphilippe; Sunweb with Big Tom; Trek-Segafredo thanks to a ‘risen’ John Degenkolb and Wanty-Groupe Gobert who didn’t win a stage but ‘honoured the race’ at every opportunity. 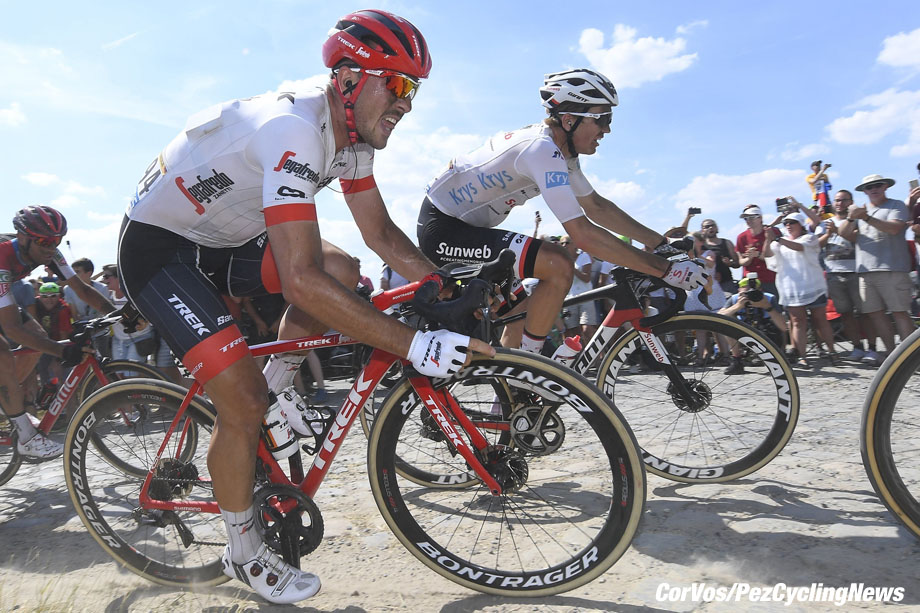 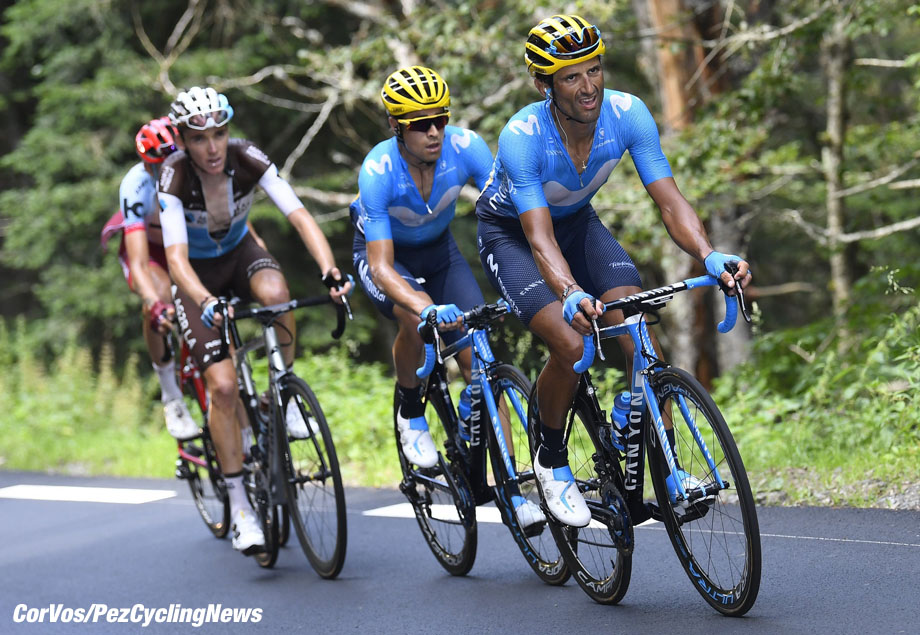 Movistar: Not much to write home about – Next stop la Vuelta

Straight talking Lotto Soudal DS, Marc Sergeant had this to say; “Our Tour was no success. It was a fiasco. There is no other way than admitting it.” Still, it’s always a good party in Paris tonight. . . 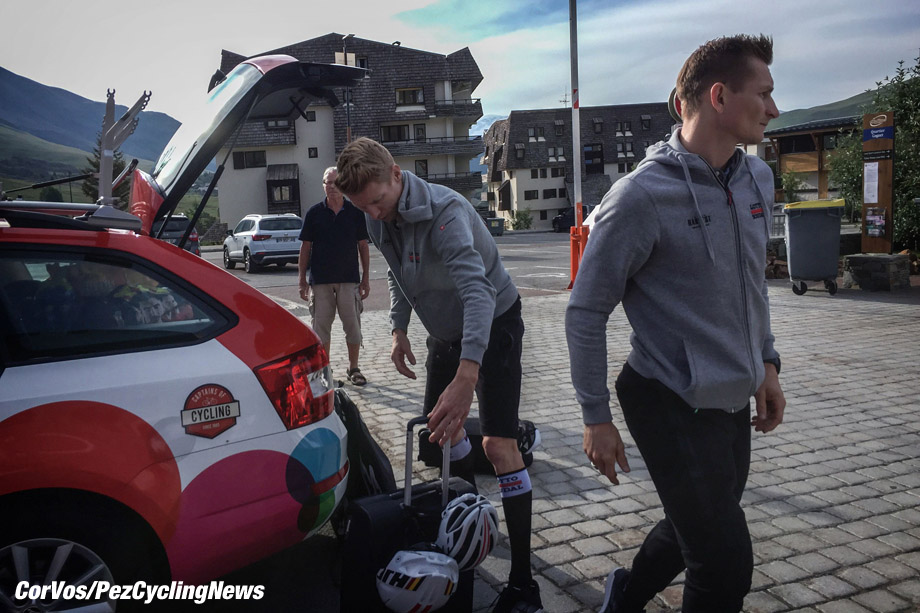 But unless you wear your daffodil with pride on Saint David’s Day it was not a Tour to remember. Geraint Thomas played it to perfection and for the team from a PR perspective it was much better to have; ‘decent bloke, boy next door, Geraint,’ win rather than that Dodgy Dog character. 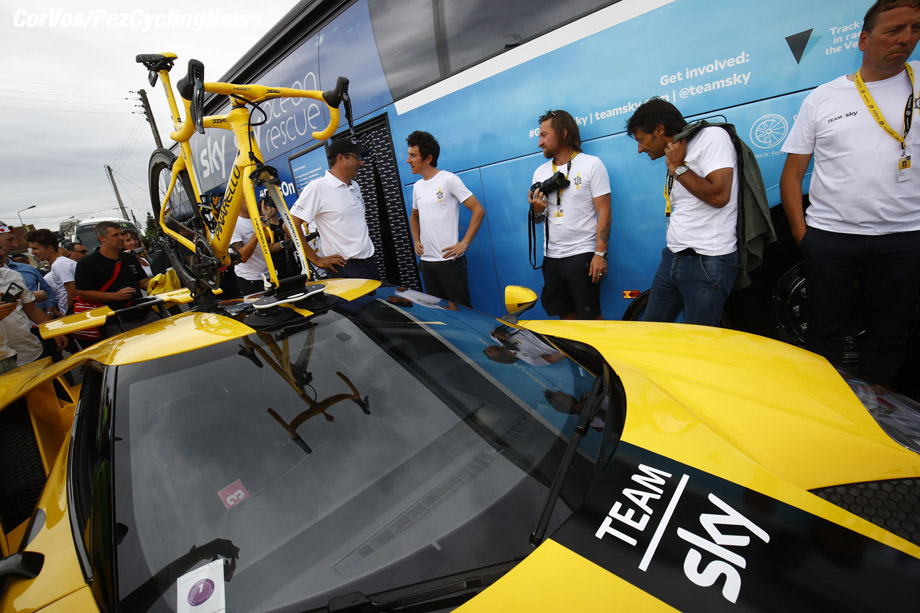 Yellow car won’t show the eggs so much

Boos and eggs thrown at the team cars on The Champs aren’t the image that Sir David would wish for. But dodgy or not you have to admire Froome’s fight back to the podium, with it taking the might of the world’s best time tester to deny him a stage win. How come Sky are so dominant then? 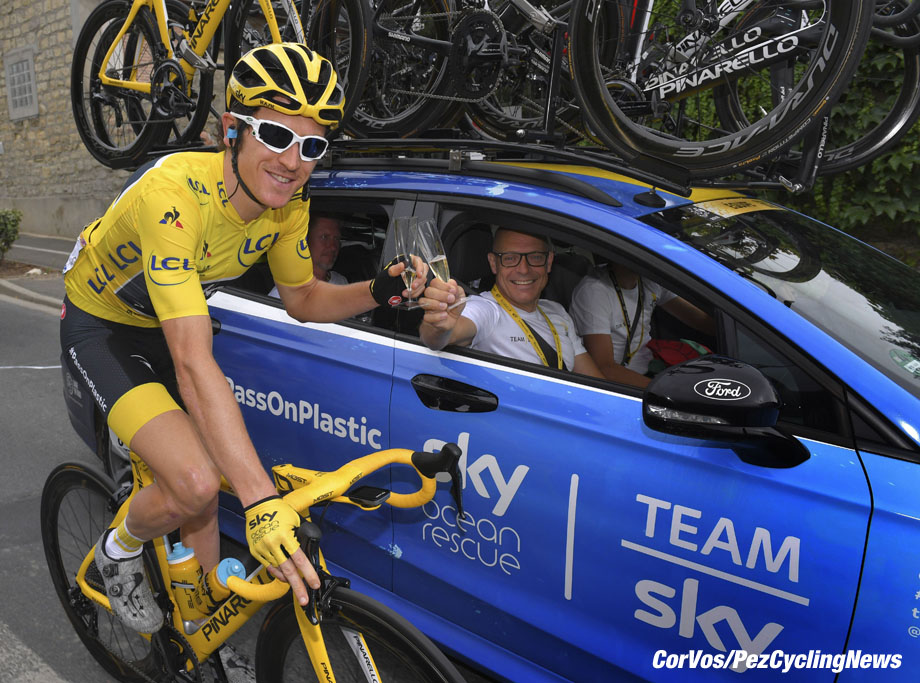 First up, there’s the stuff that makes the world go round – Euros. Kwiatkowski, Bernal and Moscon (when he’s not on duty as a UN Peace & Reconciliation Ambassador) are all worth leadership on other teams; here they are all, ‘in service’ and when the lactic burns, they just think of the transfer that will hit their bank at the end of the month – not to mention that tasty team split in Paris.

Sky – All on the line

One of my friends described the team’s tempo riding as ‘robotic’ whilst PEZ sage and pundit, Viktor sums it up thus; ‘Rod Illingworth, their management performance guy is sitting in the team car with his laptop looking at what watts all of his riders are knocking out, he knows to the last digit what they’re capable of and for how long; “knock it back three watts, Gianni – Kwiato you should come up in four minutes.” And they know that if rider ‘X’ goes up the road that he weighs ‘Y’ what his speed is, what watts he’s generating and how long before he pops.’ And as my ‘robotic’ friend says; “I’m amazed how much time they spend on the radio in the finales.”

Does Froome have a drink problem?

What’s to be done to liven up the racing? I’m glad you asked. The simple answer in my book is to ban ALL the gizmos; computers, radios, power meters and most importantly, telemetry back to the team cars. But Garmin, SRM, Zwift, Strava et al would make such a noise that it’s an unlikely scenario.

All the technology on-board:

We’ll just have accept that it’s, ‘modern cycling’ and the days of ‘exploits’ are done. Unless you’re Chris Froome that is. But isn’t he with Team Sky? Yes, so he is. Damn it!