2021 Tour de France Preview: PEZ Grand Tour specialist, Ed Hood, will have to miss another French trip thanks to covid-19, but here is his ‘2021 Grand Boucle Preview’. Winners, history, course and what to look out for in the ‘BIG ONE’ starting Saturday. 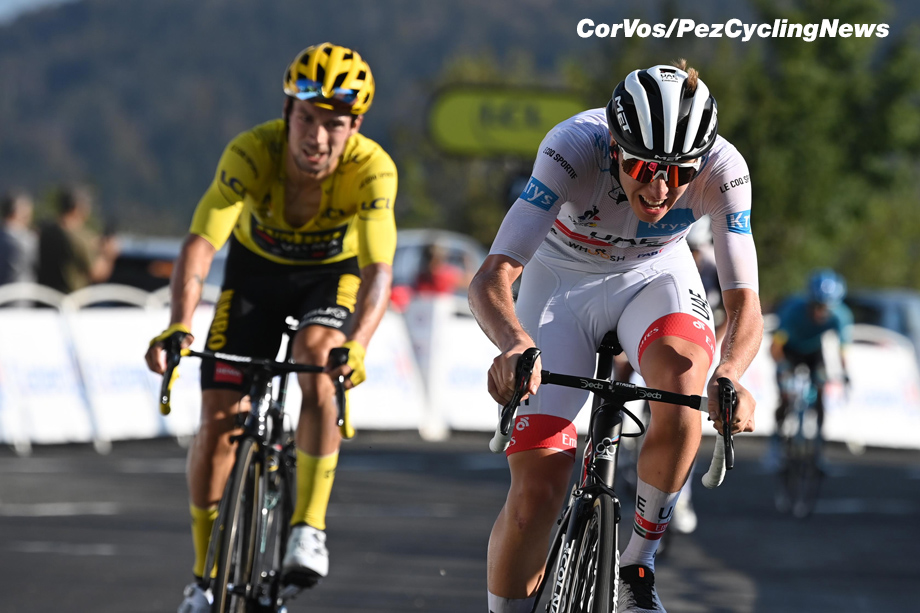 Pogačar again… or another Slovenian?

Edition: 108, the race was first run in 1903.
Timing: Earlier than usual from June 26th to July 18th to avoid clashing with the postponed Tokyo Olympics – if they indeed do go ahead. . . 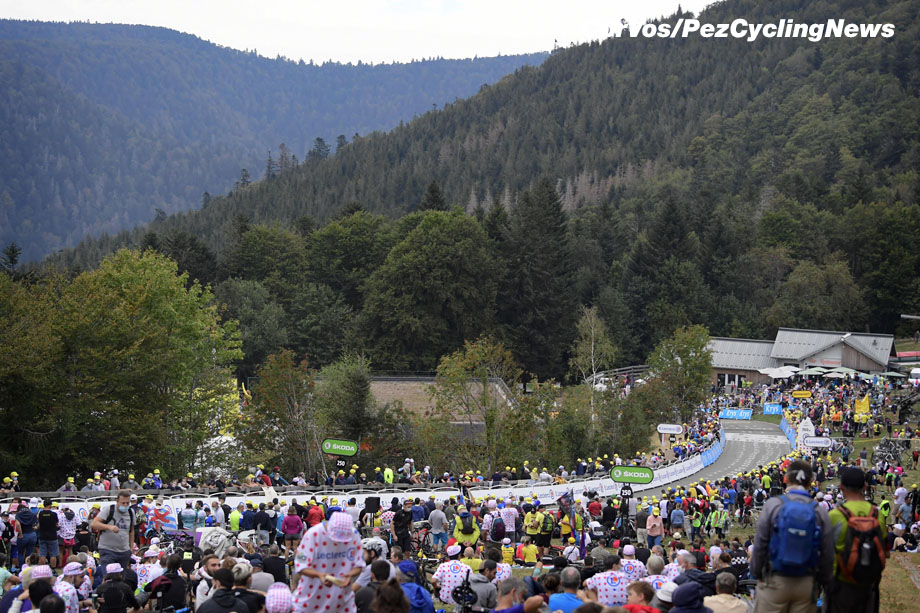 The bones of it:

note: Stage Seven, Vierzon Le Creusot over 249.5 kilometres, will be the longest of the Tour since 2000 Belfort to Troyes, 254.5 kilometres [PEZ is hoping for no rider strikes over that one.] 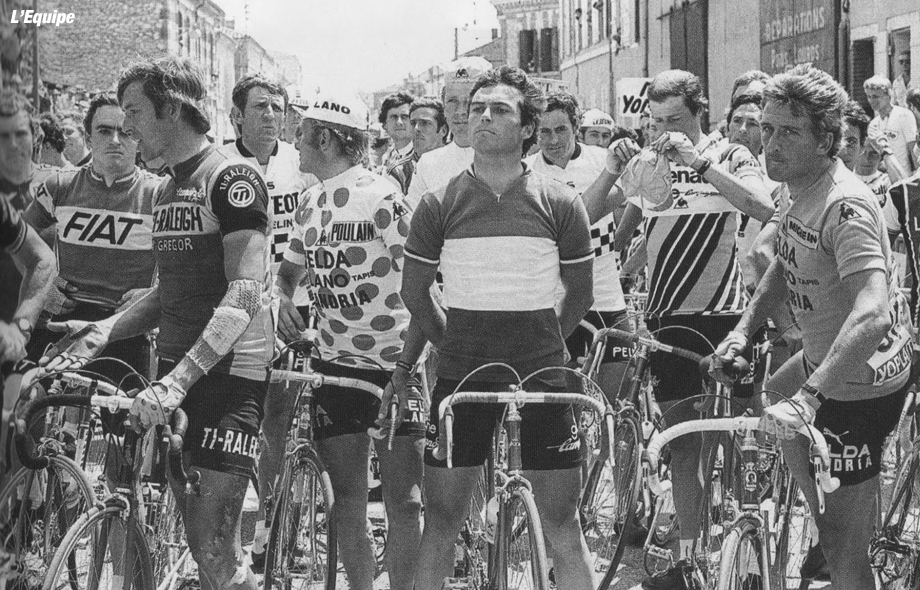 Geography:
A start in the Brittany velo Heartland of the north west, a traverse across the heart of the nation, into the Alps in the east then another long traverse south west to the Pyrenees, another yomp north to a possibly decisive chrono on the Dordogne before yet another transfer to Gay Paris and the finale. The north is shunned, no cobbles for the climbers to worry about then. 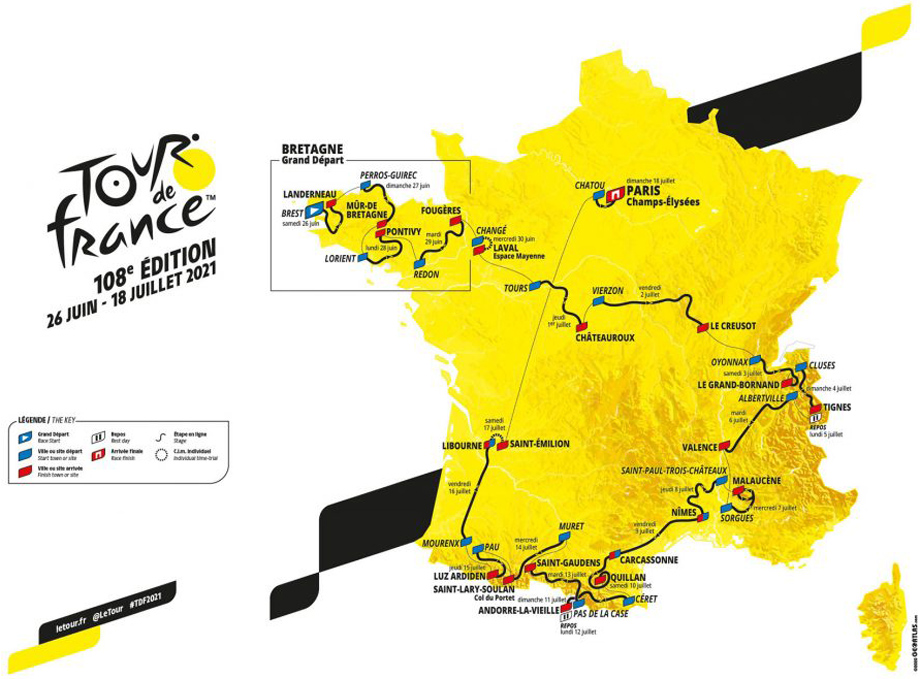 Tour’21 Map: No cobbles in the north

The Hills and Mountains:
The Armorican mountains present themselves as soon as the Grand Départ in Brittany is under way. Then comes the Massif Central, the Alps and the Pyrenees. There will also be a first ever climb in the Morvan, le Signal d’Uchon.

First ever climb in the Morvan, le Signal d’Uchon 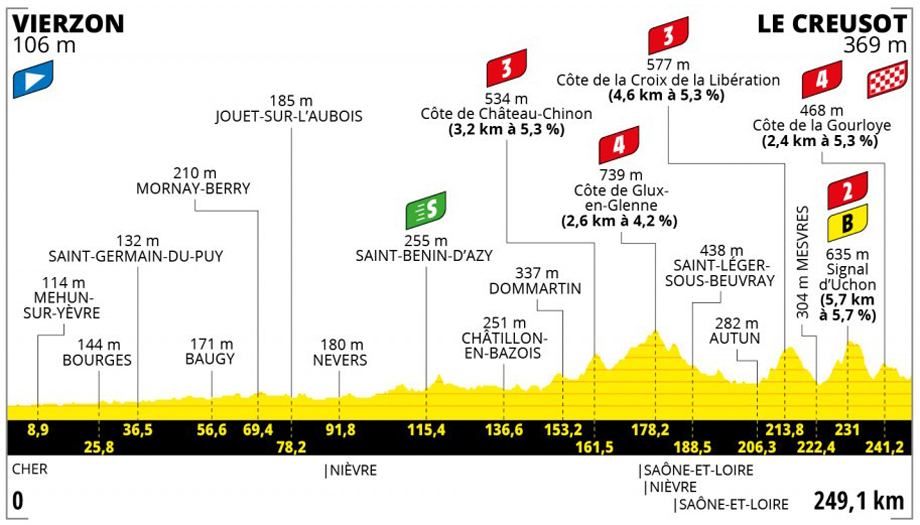 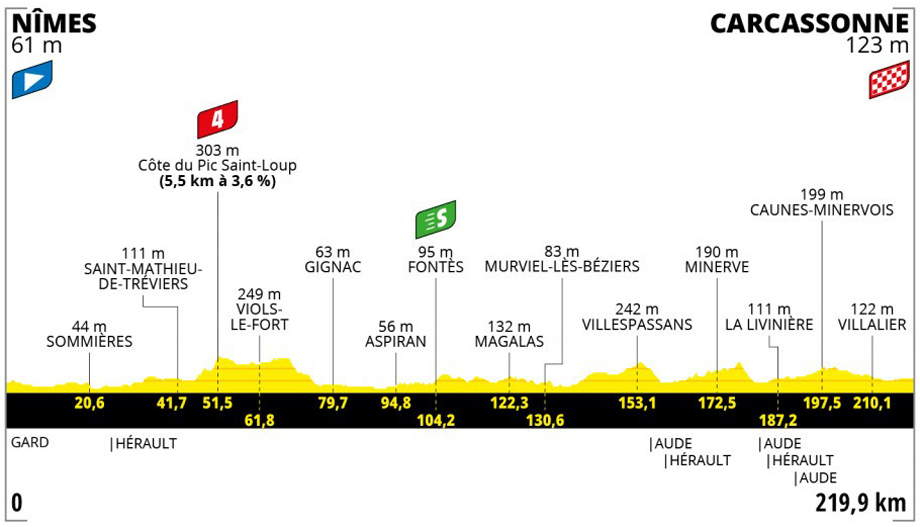 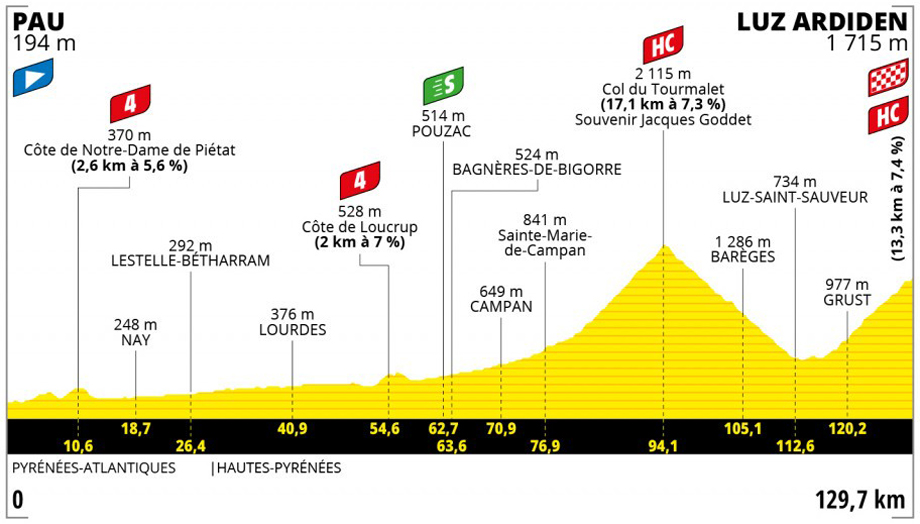 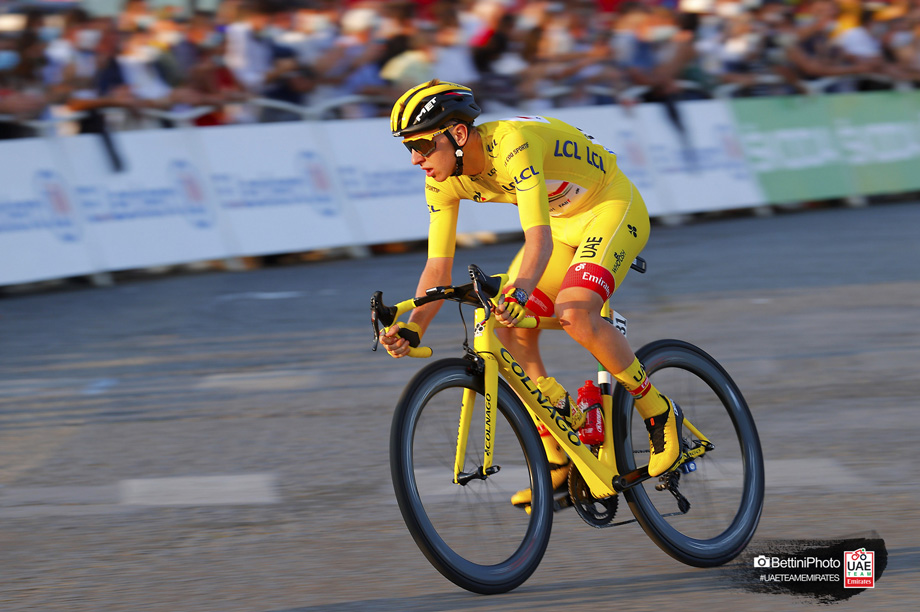 No Tadej, too much yellow 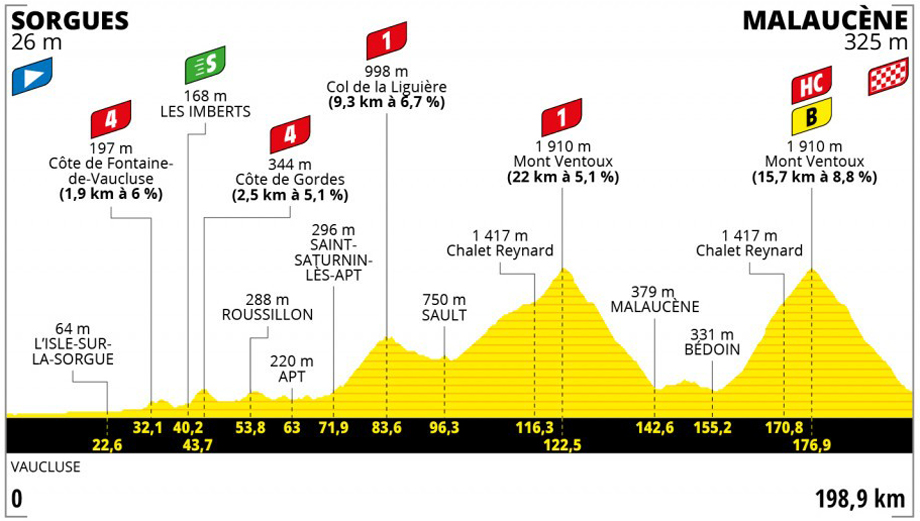 PEZ isn’t sure about: 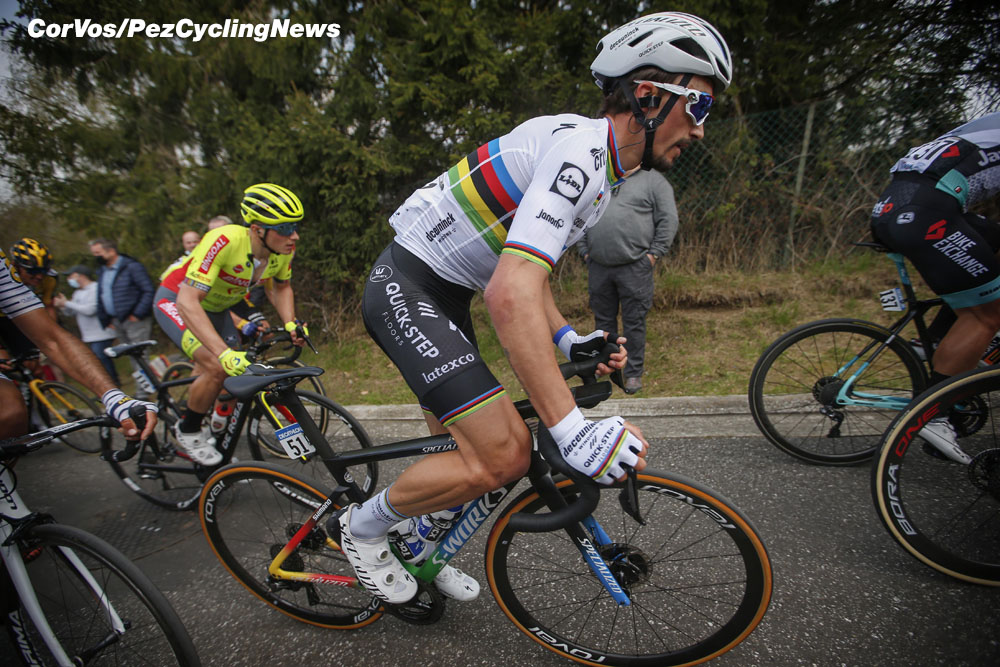 A French World champion at the Tour, it’s been a while 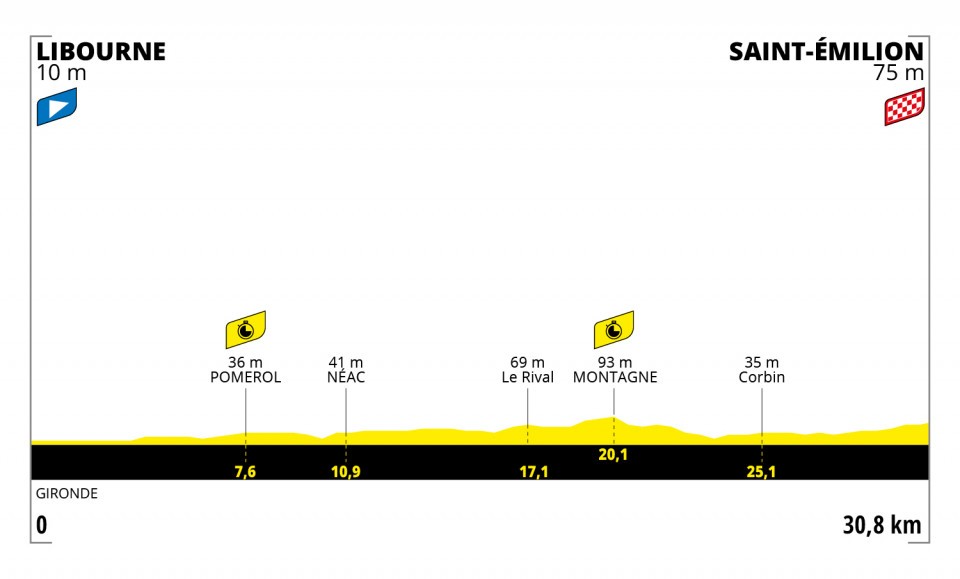 Stage 20TT: May well be decisive 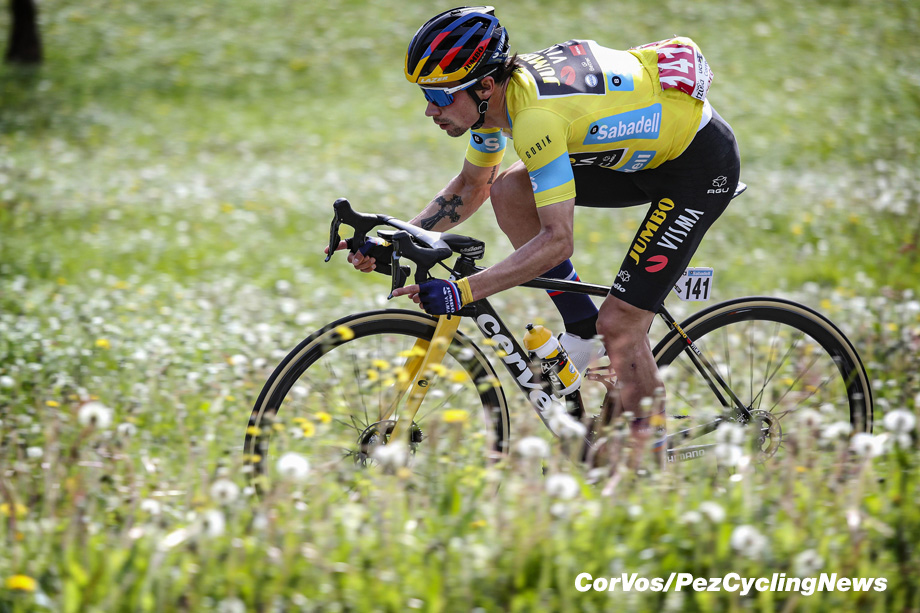 Roglič was looking good before his ‘holiday’

Realism:
History, the form book and the bookies say that one of two men, both Slovenians will win this race. Second race favourite at 2/1 is Jumbo Visma’s 31 years-old Primoz Roglič, he was flying early season – three stage wins in Paris-Nice and but for crashes he would have taken the overall win; a stage win, the GC, points and mountains in the Basque Country; second in the Flèche before he went into isolation to prepare his revenge for 2020 when his countryman stole this race from him in that dramatic chrono. He’s backed by a formidable team but there’ just one snag and that’s his young compatriot. . . 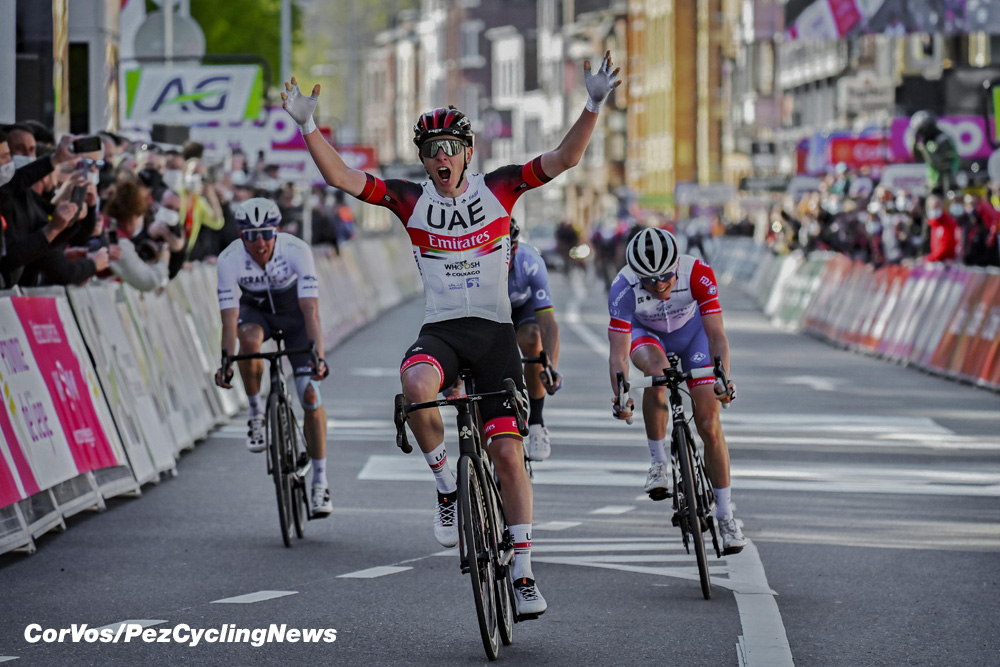 Tadej Pogačar is a phenomena, just 22 years-old he’s already won the biggest race on the planet and this year, his first monument with season 2021 looking like this: UAE Tour, stage win and GC – Tirreno, stage win and GC – Basque Country, stage win and third on GC – Liège-Bastogne-Liège, winner – Tour of Slovenia, stage win and GC. The bookies say 6/4 and make him race favourite despite a UAE team which isn’t as ‘grand tour friendly’ as Primoz’s. They don’t often get it wrong. 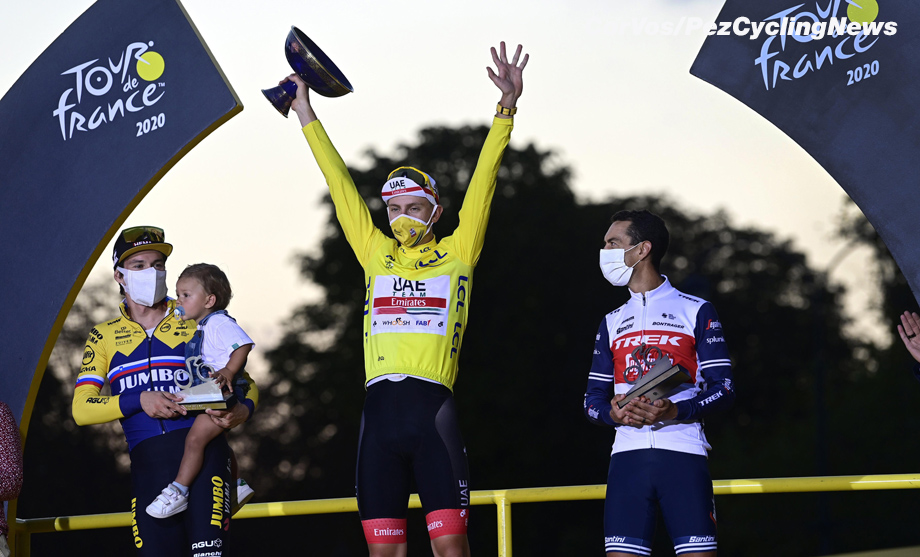 The podium:
The top two spots look ‘nailed on’ but the third step on the Champs Élysées is open to more debate. 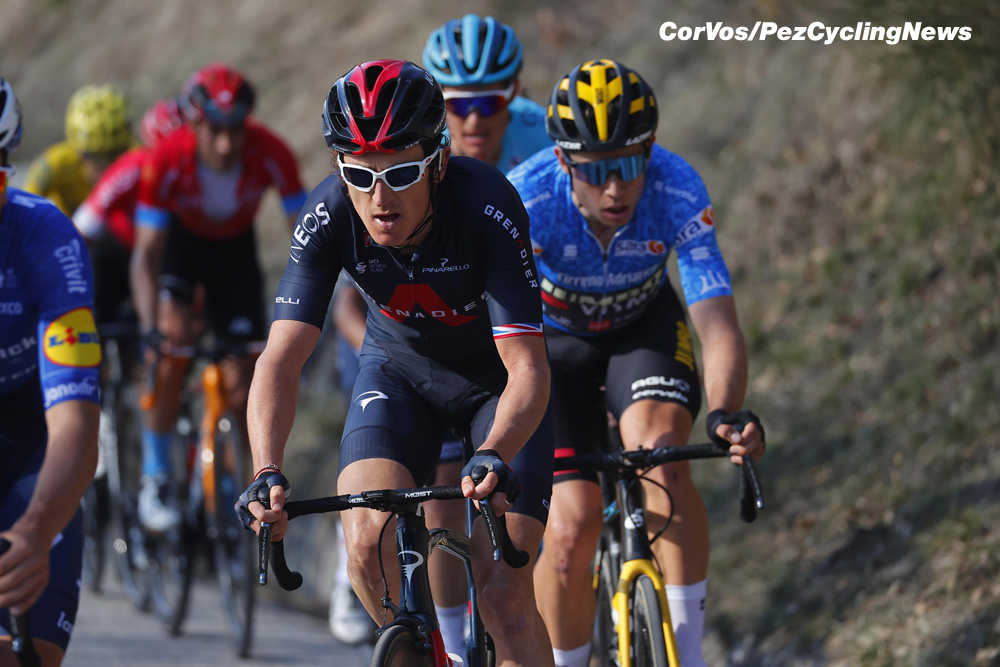 Thomas – His form is good

Geraint Thomas is a tough cookie, he rode his first Tour back in 2007, finished the 2013 Tour de France with a broken pelvis, has won this race before, so knows exactly what has to be done to succeed and his form is good, witness third in Catalunya, the win in Romandie – despite one of his all too frequent crashes – and a stage win and third in the Dauphine in an INEOS clean sweep of the podium. BUT, at 35 years-of-age, despite having the best grand tour team of the era behind him it’s hard to see him beating the men from Slovenia; 4/1 say the bookies. 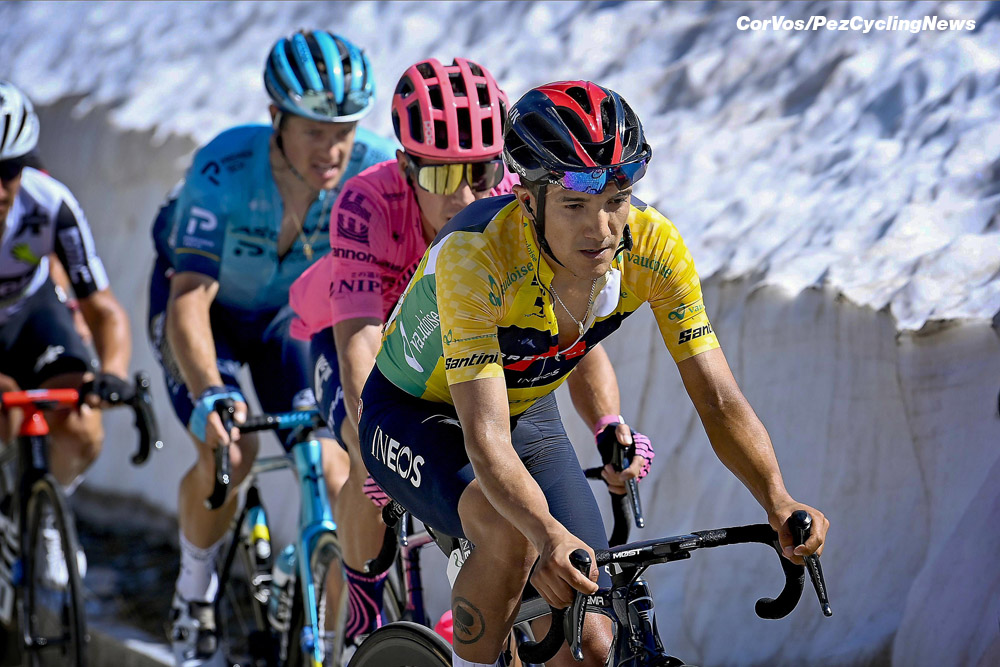 Carapaz could be the man for INEOS?

In World War 11 bomber co-pilots knew that if the pilot was hit then it was their duty to drag him from the chair and take command; the INEOS co-pilot is Richard Carapaz, the Ecuadorian 2021 Swiss Tour winner is a fine rider but the bookies agree with us that the Giro isn’t the Tour and give odds of 8/1 on the man from El Carmelo – however a podium might just be within his grasp if Geraint should stumble. 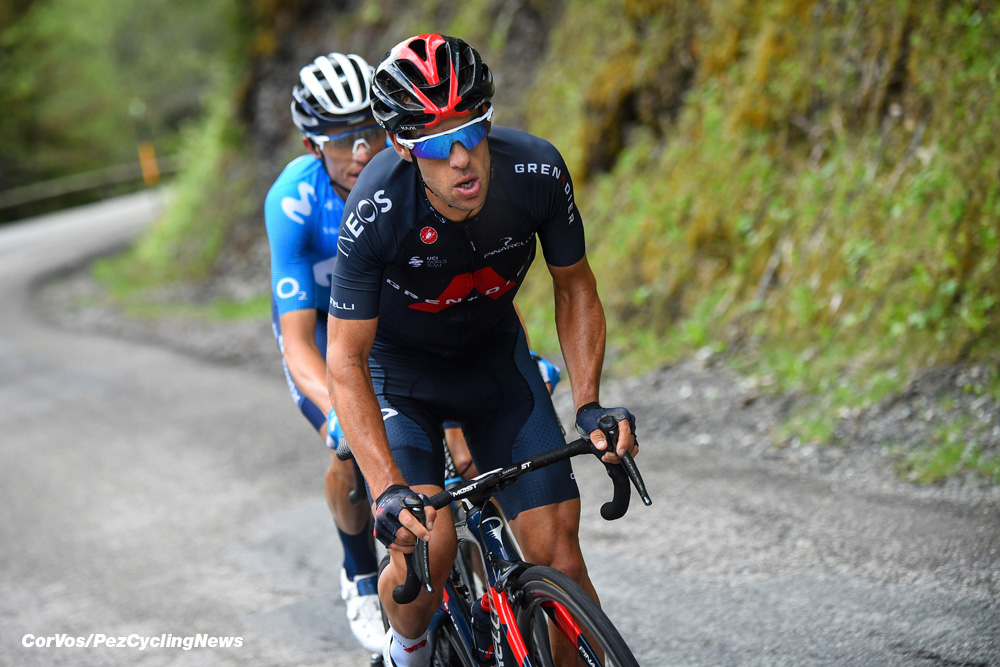 Porte – 3rd last year, but is he a domestique this year?

It’s a yawning gap to fifth fave, Richie Porte at 22/1 – who’ll be ‘in service’ of Geraint’ and sixth best, Julian Alaphilippe at 25/1 who’ll be stage hunting early, then there’s Colombia’s Rigoberto Uran at 28/1; we can’t see Rigo winning either but his recent stage win and second on GC in Switzerland indicate that the smiling 34 years-old EF man is on form, he’s another tough, experienced enchilada and would be a popular podium choice. 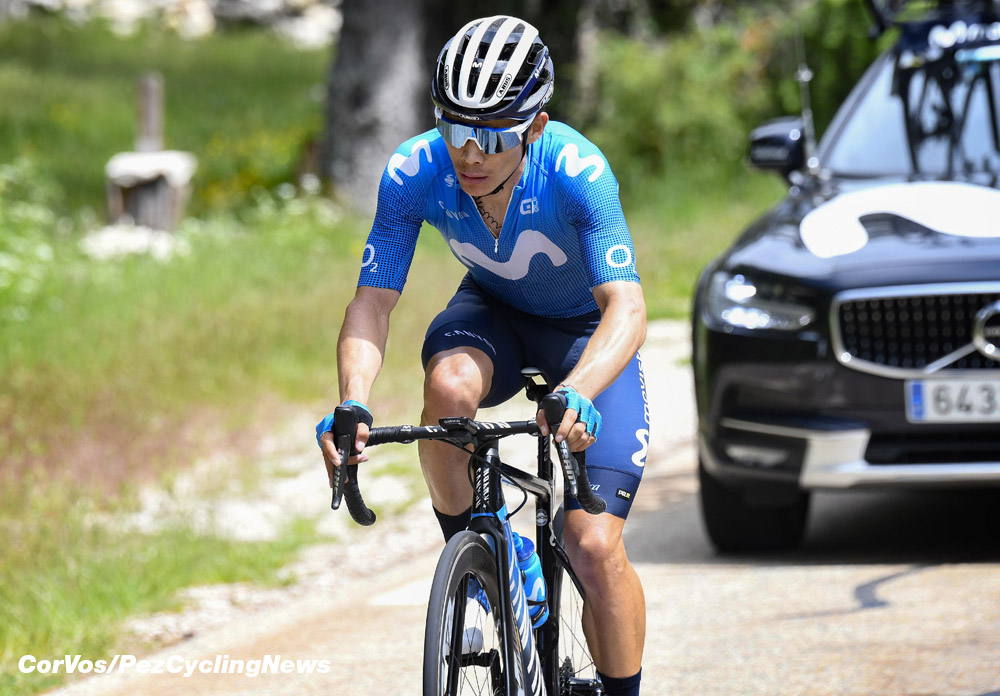 At 40/1 is ‘nearly man’ Miguel Angel Lopez, the 27 year-old Colombian moved from Astana this year to Movistar, neither team renowned for their tactical insight but he is talented and the high mountains are what he does best – shame about those 57K of time tests. His team mate and Spanish ‘hope’ Enric Mas is a top 10 finisher but no better and the bookies agree at 50/1, odds he shares with another INEOS man, last year’s Giro winner, Tao Geoghegan Hart. 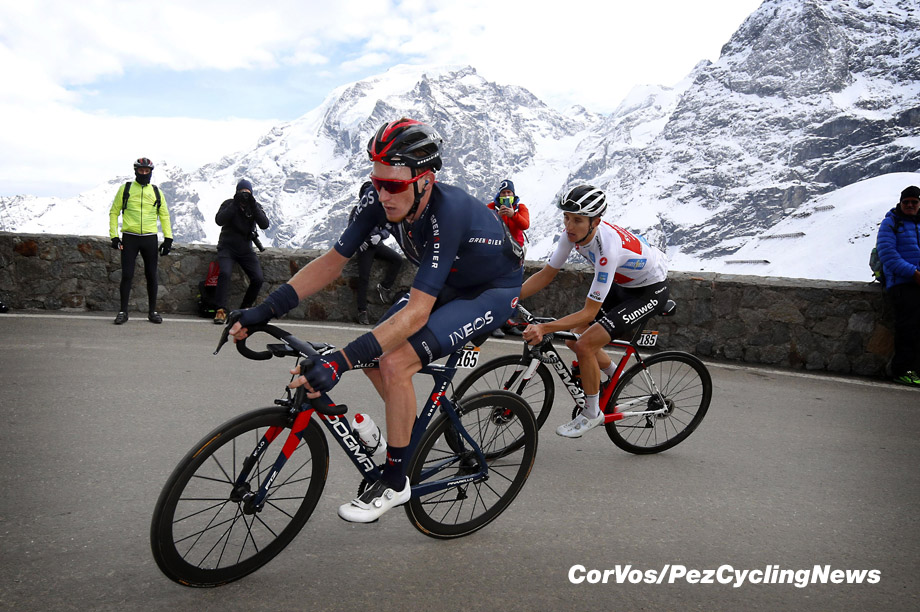 Nostalgia:
If you’ve had a beer or two and ‘the good old days’ are on your mind then put a Euro or two on 36 year-old Chris Froome [Israel Start-Up Nation] if he wins then you’ll score at 125/1, team mate Mike Woods is on the same odds but should bring a stage win home. Or how about Movistar’s Alejandro Valverde, 39 years-old, still winning and a 200/1 pay out? 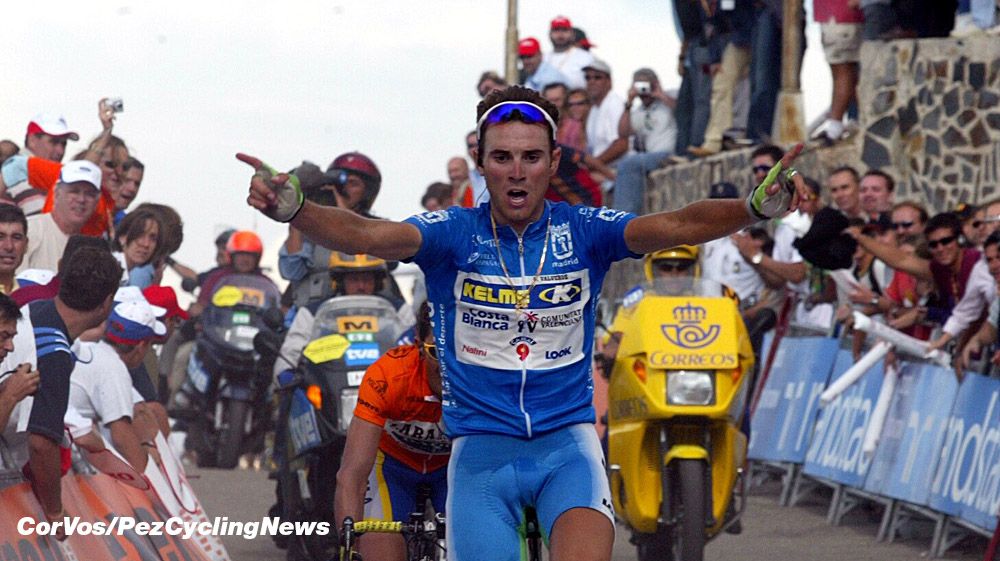 Who is that young man from Murcia?

But, as always, ‘the road will decide’ and perhaps three weeks from now I’ll be thinking; ‘did I really write that stuff?’ 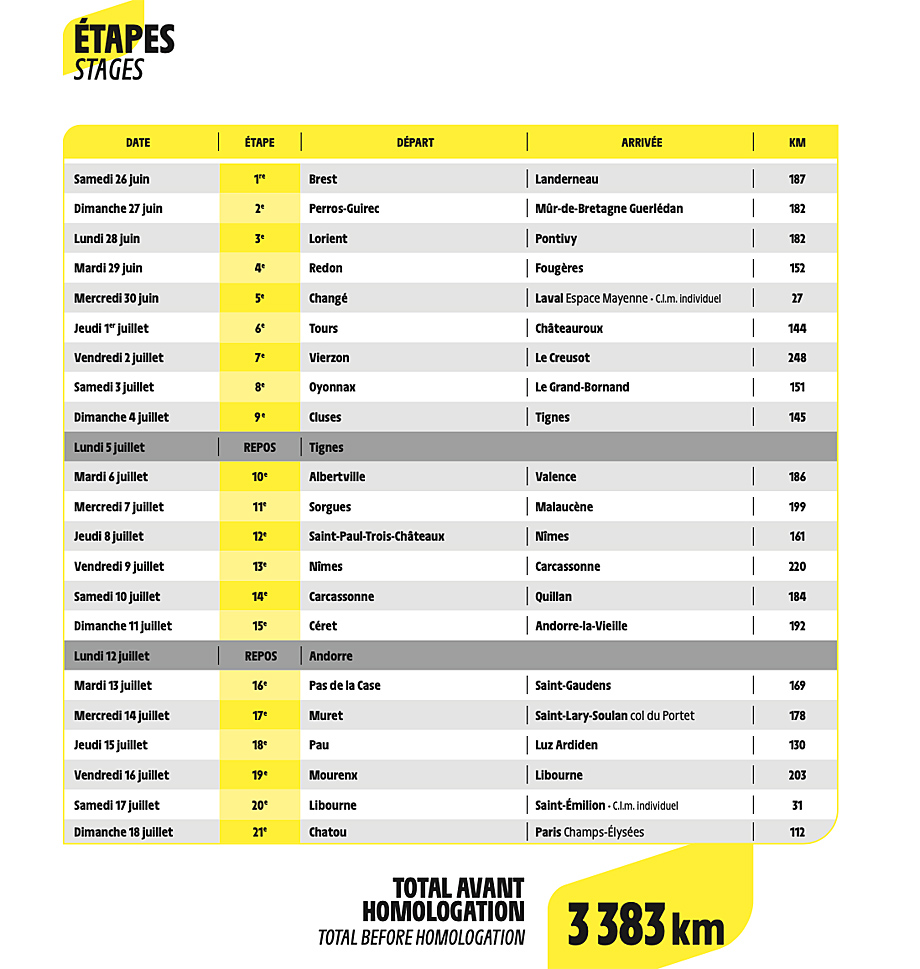