As the world of cycling looks forward to the 2022 Tour de France, the powerful scenes from the previous edition are still fresh in the mind. In the first week, viewers were treated to a no-holds-barred contest from riders who have made their mark on cycling’s current era thanks to their aggressive racing style. Riders such as Julian Alaphilippe, Mathieu van der Poel and Wout van Aert set the tone and inspire the rest of the peloton to follow their example with their victorious escapades. There will be plenty of opportunities for them and the rest to go on the attack throughout the Tour, starting with the Danish stages, where the masters of echelons will be right in their element in the 18 km crossing of the Baltic Sea, coming after a time trial for power riders in Copenhagen, the world capital of cycling, and before the sprint stage that will cap the Scandinavian adventure in Sønderborg.

The peloton will return to French soil in the Nord department. Next up, an exhausting ride to Calais, a serving of Roubaix cobblestones, a launch pad for punchers in Longwy and the first clash between the crown pretenders at La Planche des Belles Filles, this time in its “Super” version. Unless the weather turns the race into a war of attrition, the 2022 Tour offers mountain goats a prestigious path to the overall title. The Alps will start with a summit finish on the Col du Granon, 2,413 metres above sea level, on the same road that Bernard Hinault wore the yellow jersey for the last time in his career back in 1986, followed by a carbon copy of the stage from Briançon to the Alpe d’Huez, won by the Frenchman after crossing the finish line hand in hand with Greg LeMond. On the way to the Pyrenees, the Saint-Étienne and Carcassone stages have “sprint finish” written all over them, unlike the one to Mende. At this point, the bell will call the leaders back into their mountain rings. Tadej Pogačar could soar on the ascent to Peyragudes after the Col d’Aspin and the Hourquette d’Ancizan have softened up the legs of the contenders. Regardless of whether he is in yellow by this point, the reigning champion will have to tame his rivals on the road to Hautacam, which will offer no respite with the climbs up the Aubisque and the Col de Spandelles, making its debut in the race. The final time trial will also enter uncharted waters with its finish on the Rocamadour promontory. It will be time to see where everyone stands… 24 hours later, it’ll be time to celebrate the winner on the Champs-Élysées. A new adventure will then begin with the women in the spotlight. 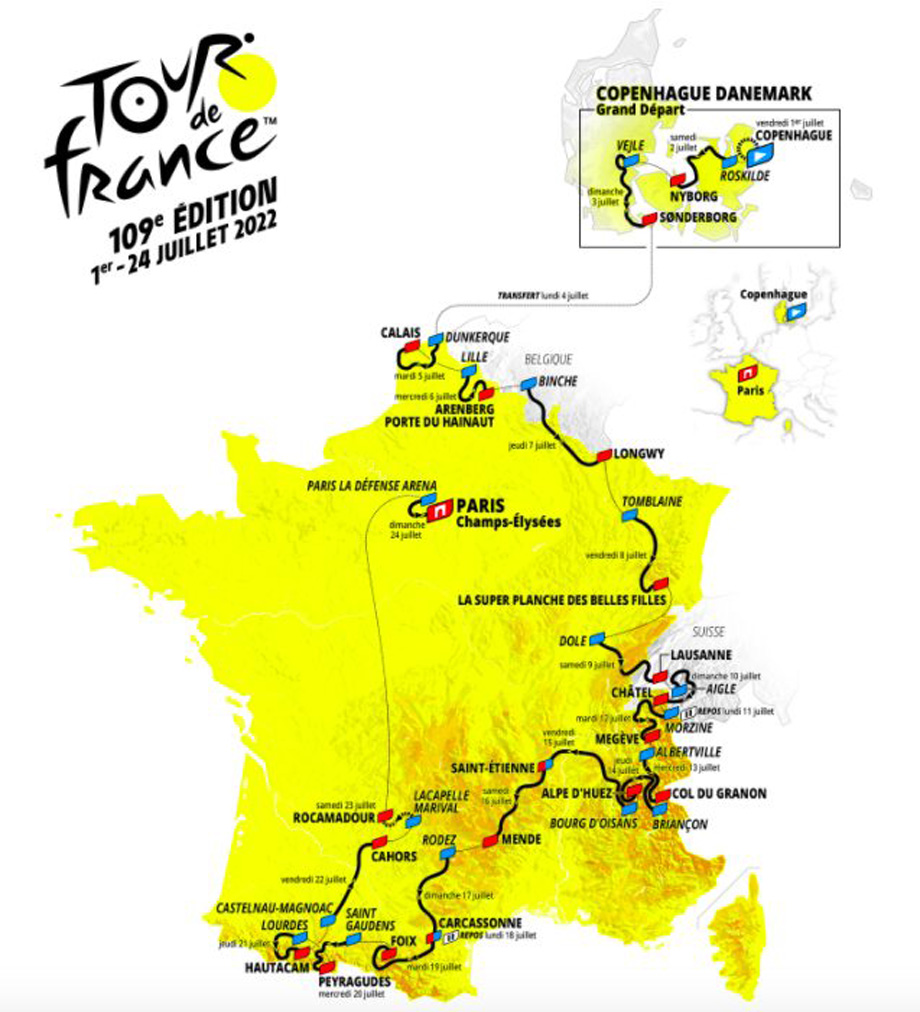 Key points:
Ø The route of the 109th Tour de France, scheduled for the 1st to the 24th July 2022, has been unveiled in its traditional venue in Paris. The Palais des Congrès again opened its doors to thousands, including the reigning champion, Tadej Pogačar, the joint record holder for most stage wins, Mark Cavendish, and two-time world champion Julian Alaphilippe.
Ø The big hitters of the next Tour discovered a route filled with opportunities to go on the attack on every terrain following the Grand Départ in Copenhagen. The mountains will then set the stage for a series of showdowns to decide who gets to take the yellow jersey home, including the Super Planche des Belles Filles in the Vosges department, the Col du Granon and Alpe d’Huez to wrap up the Alpine chapter of the race, before Peyragudes and the Hautacam in the Pyrenees, where the climbers will have the chance to set the race alight.
Ø In a historic first, riders from the women’s peloton attended the ceremony to witness the birth of the Tour de France Femmes avec Zwift. The race director, Marion Rousse, announced that the inaugural edition of the race will start on 24th July, heading east before finishing on the Super Planche des Belles Filles on 31st July. 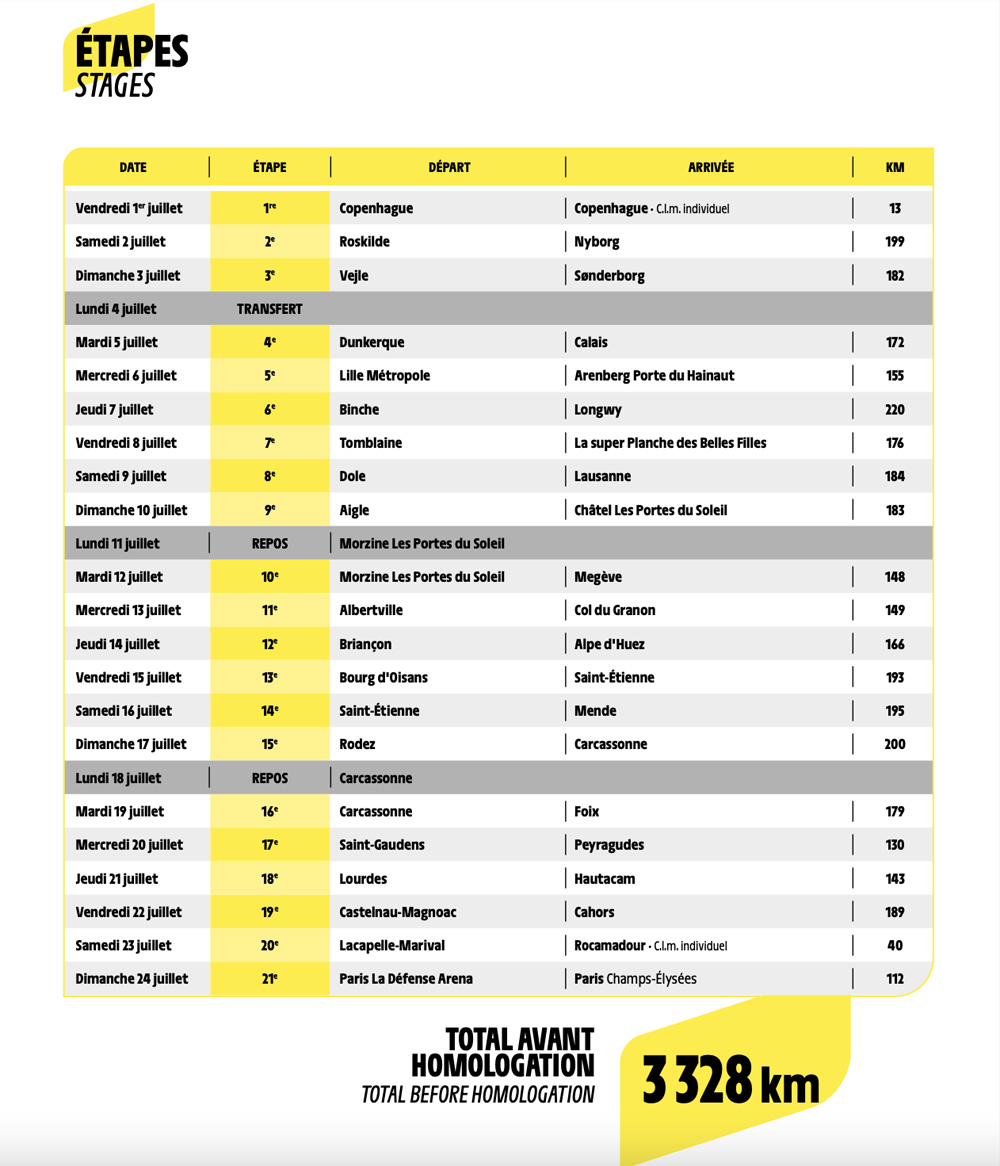