TOUR DE FRANCE’18: Who Will Win – Can Froome Make It Five?

2018 Tour de France Rider Preview: Now that the case against Chris Froome has been dropped by the UCI and WADA, the way is open for the Sky rider to equal the best with a fifth Tour de France victory. Ed Hood takes a look at who can combat the might of the Rupert Murdoch empire. It’s not a long list, but it is a strong one.

Read the PEZ ROUTE Preview HERE , but let’s dig into who’s might make this race one to remember… 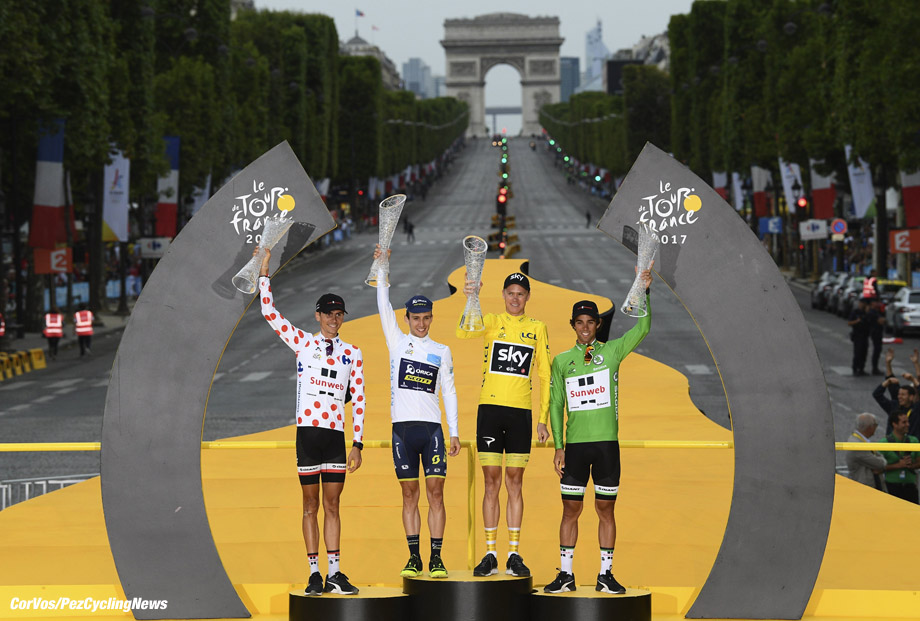 ‘Well! What a RELIEF!’
Christopher Froome (Team Sky & GB) is cleared of all wrong doing. Only the most cynical among us would smell a rat on the timing of this decision and we believe that Alessandro Petacchi and Diego Ulissi were the first to send messages of support when they heard the news.

The World of cycling is now Chris Froome’s oyster

Now he can march on to that fifth Tour victory with no shadow whatsoever dulling the shine on his Vuelta and Giro victories. And I’m going to be sure to put out unicorn milk and cookies for the fairies at the bottom of my garden, just as soon as I finish writing this. 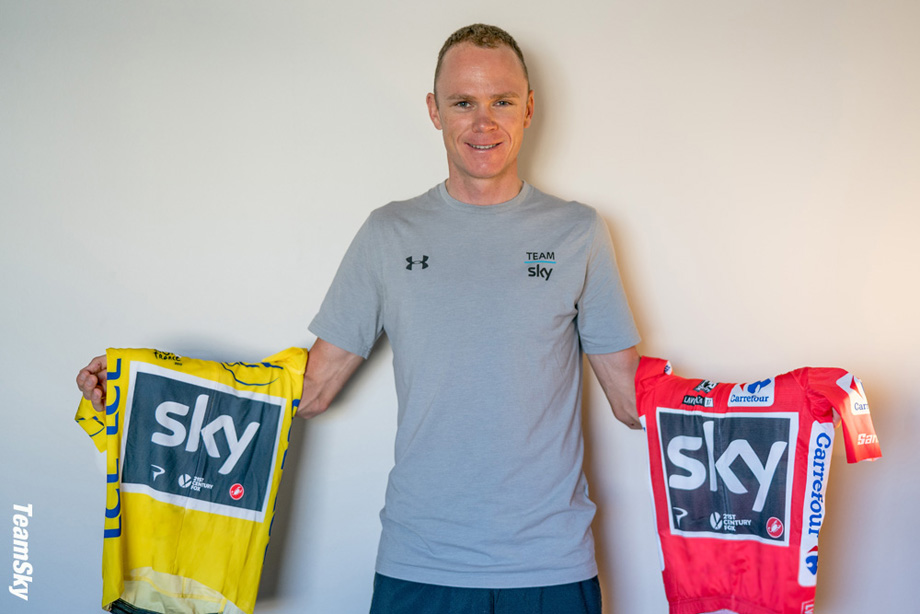 His recovery from the Giro will have been managed to the Nth degree, he’s highly motivated, he’s trained harder than ever recently – up at Isola 2000 – has the best team, the best logistics, best equipment, best sports medicine – not to mention the fact that recent events demonstrate all too well that he has ‘friends in high places’. And he’s ‘odds on’ at the bookies to win – they don’t often get it wrong. 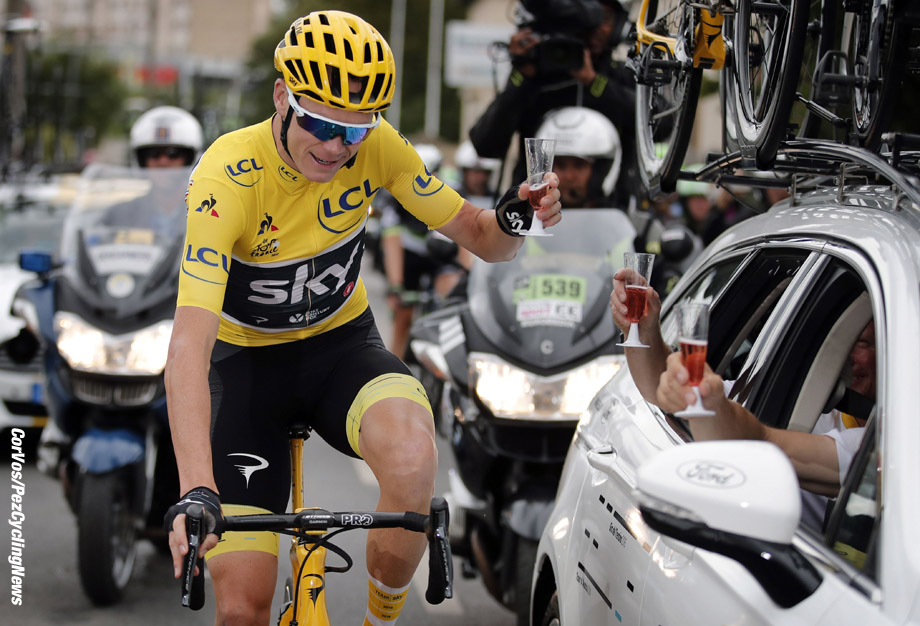 A happy Froome and Brailsford again at a Grand Tour

Who can beat him?

Quinlandaverde: If Movistar get it right, they can win this Tour – most likely with Landa. Coming into every Grand Tour they ride together the Media tells us that there’ll be friction between Quintana and Valverde and at every race they work seamlessly together. Valverde’s early form has been stellar with a dozen wins to his credit whilst Quintana has been quietly building form with a stage win and GC podium in Switzerland. 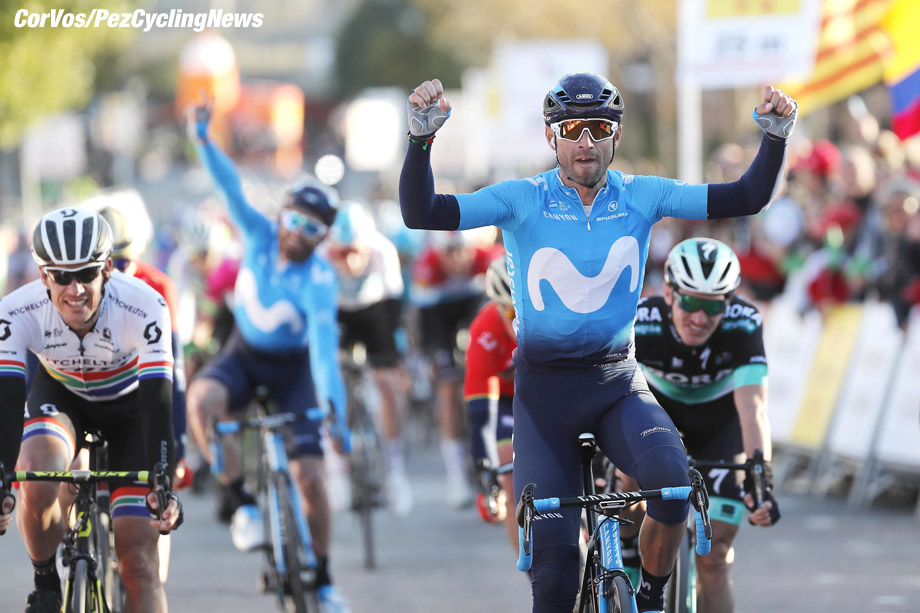 The Movistar ‘Old Man’ – Maybe not a contender

Landa? Was strong in the Ruta, Tirreno and Basque Country but less so in Switzerland. If the team can keep the mental pressure off him until late in the day, he has the physical attributes to win a Grand Tour. The Movistar management team is one of the most experienced there is and will know exactly the challenges of ambition and ego they face – and be prepared to deal with them. 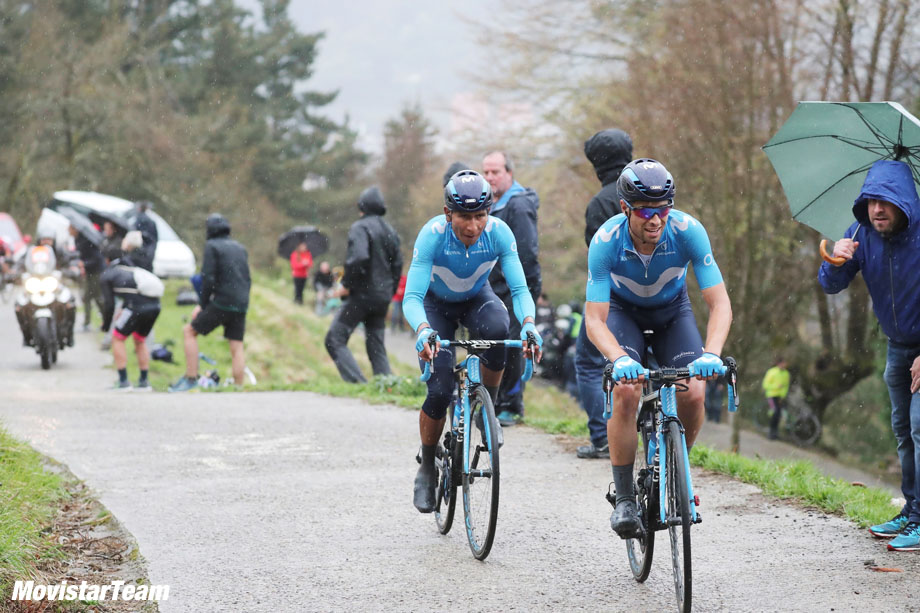 Two prongs of the Movistar Trident – Landa and Quintana

However, there are stories in the La Gazzetta Dello Sport that Land is looking for a move – already. We just hope that Movistar will be the force they’re capable of being and mount a serious challenge. The sport and the Tour needs nothing less that another Froome/Sky coronation procession. 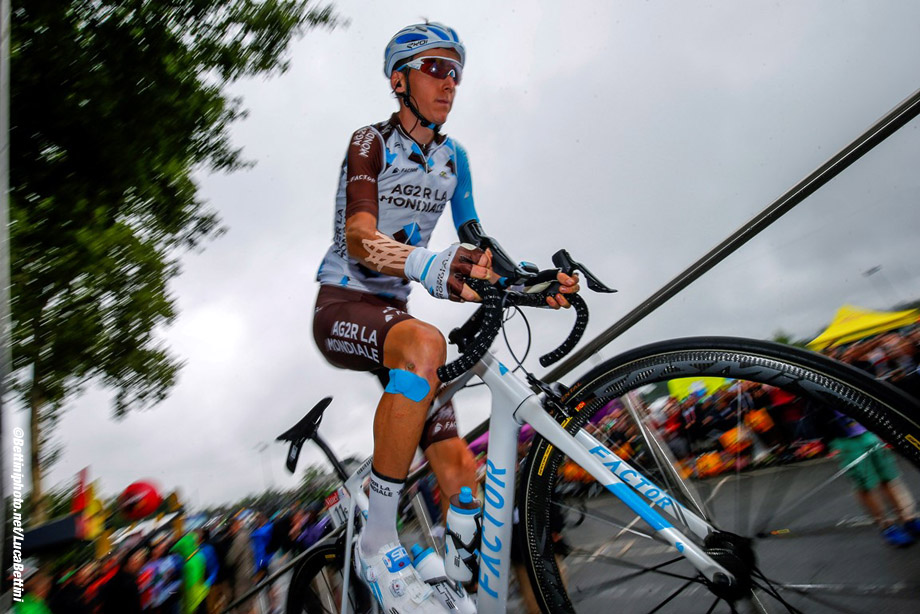 Romain Bardet (AG2R-La Mondiale & France): Two podiums in the last two years, the ability to go very deep, the expectation of a nation – and a podium in a monument at Liege, with his form curve rising nicely through the Dauphine. It all looks good for the skinny Frenchman. If only he uses his head as much as his heart and those mad descending skills of his. But a home winner? – the boost that would give French Cycling would be huge. We can dream. 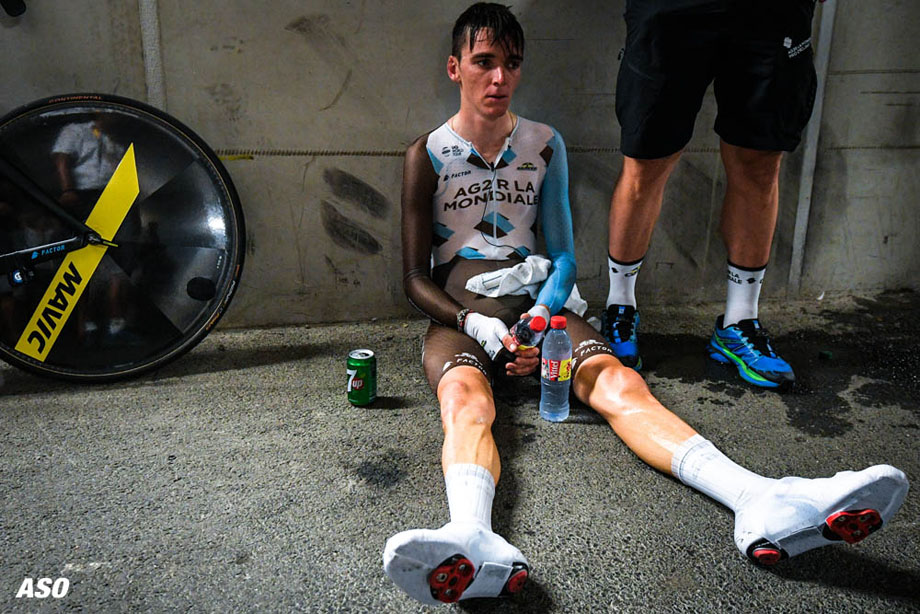 Romain Bardet – A man who can go deep

Adam Yates (Mitchelton-Scott): He’s had stage wins in Tirreno and the Dauphine this year, placed top five overall in both of those race as well as Valencia and California. He was best young rider in Le Tour in 2016 and his team are, ‘all for Adam,’ leaving fast man Caleb Ewan out of the line-up – no doubting their commitment to the man, then. But more importantly, he’ll want to at least match twin bruv Simon’s showing in the Giro – except for the dramatic collapse, that is. A podium is well possible. 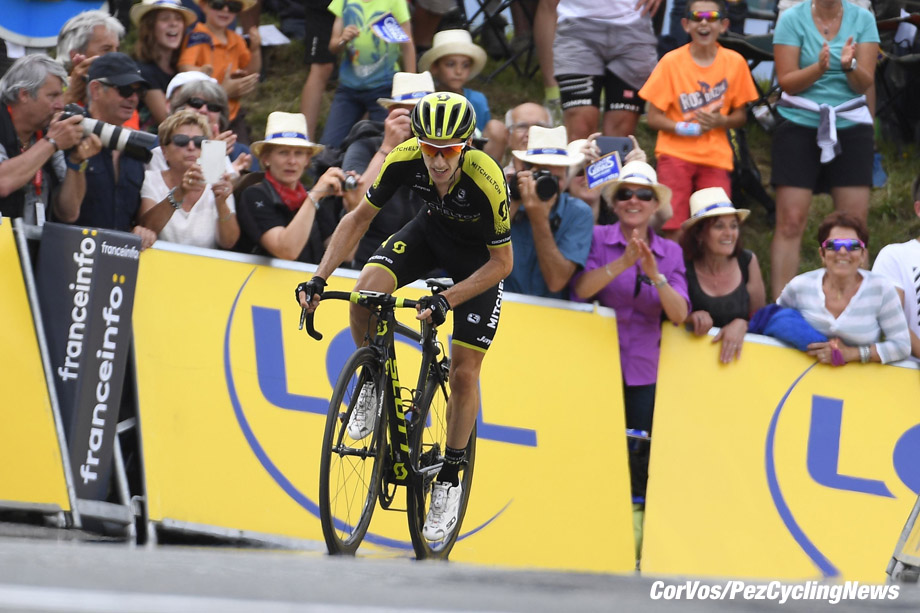 Success for the other Yates brother – Adam

Rigoberto Uran (Education First-Drapac & Colombia): It looked like his best years were behind him after his two Giro podiums but last year he demonstrated that he’s not a man to underestimate with second spot on the podium. Despite being only 31 years-old the man has been a pro in Europe since 2006; so knows himself well and with stage wins in Colombia and Slovenia he’ll be happy enough with his form. But like many of the challengers he’ll face the dilemma of racing for a podium or going all out against the might of Sky for the win. And the bookies don’t fancy him. . . 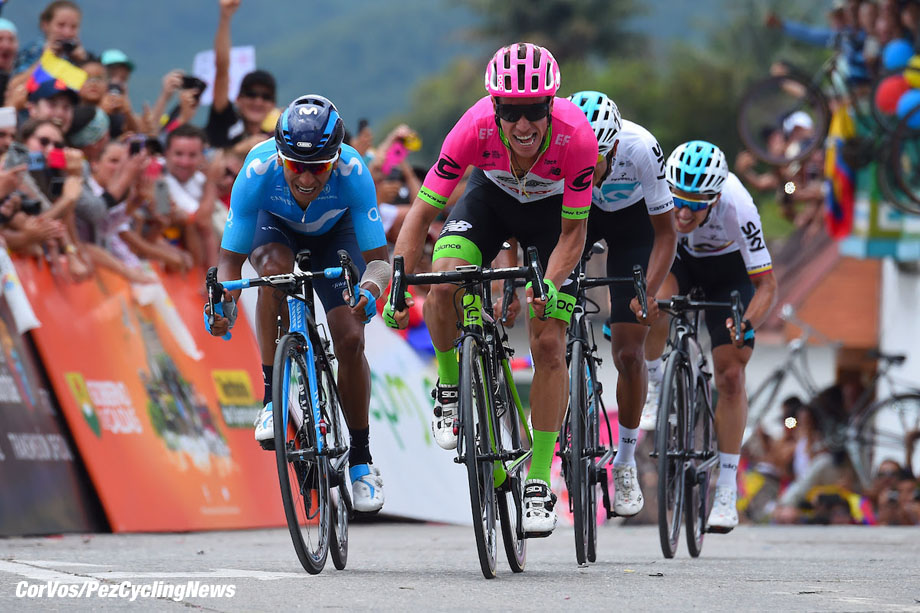 Can Rigo step up?

Vincenzo Nibali (Bahrain-Merida & Italy): Whatever else he does, 2018 has been a success with his Primavera win. But there’s been little else since to boost that fragile ego of his – we think he’s won his last Grand Tour, but would be delighted to be proved wrong. 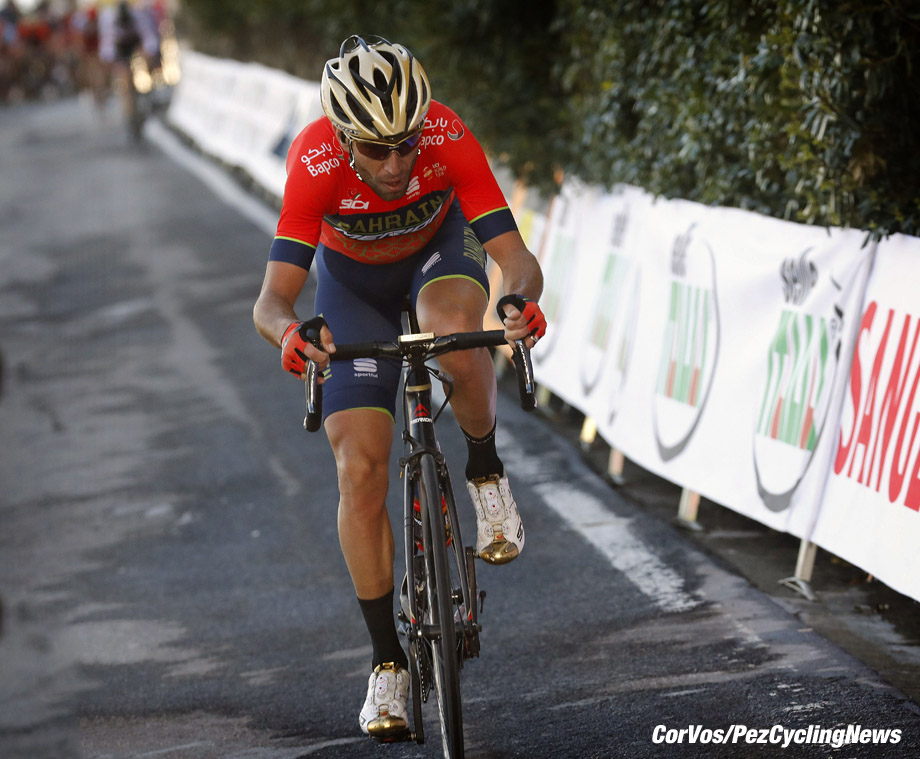 Ilnur Zakarin (Katusha-Alpecin & Russia): He may look scruffy and shambling but he can time trial and climb – he’s done little to write to the Kremlin about this year but was fifth in the Giro and third in the Vuelta, last year. He’ll be racing for a podium rather than a win and if Big Marcel Kittel finds some legs and shows early form then the team will hedge it’s bets and work for the ‘The Man With The Hair’, which won’t help the Russian’s chances come the stages where he needs them. 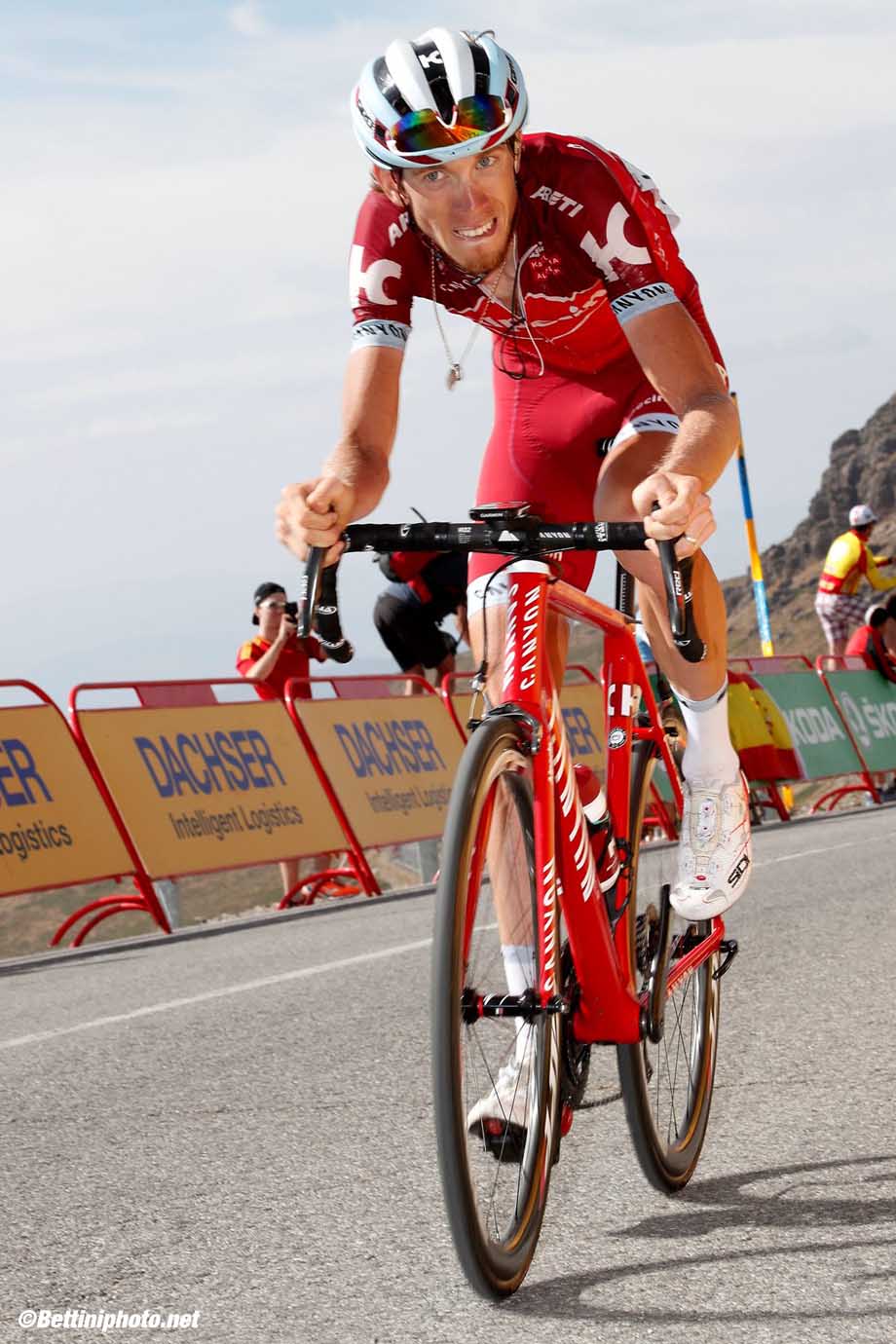 Richie Porte (BMC & Australia): Yes, he won in Switzerland, this year and ‘yes’ he’s won in Romandie and Paris-Nice in the past. But let’s look at his Grand Tour podiums, that’ll be none – fifth in the 2016 Tour is his best at the highest level. A podium possibly but the fact that team is almost certain to fold at the end of the year wouldn’t help anyone’s focus. Third fave with the turf accountants, last time we looked. 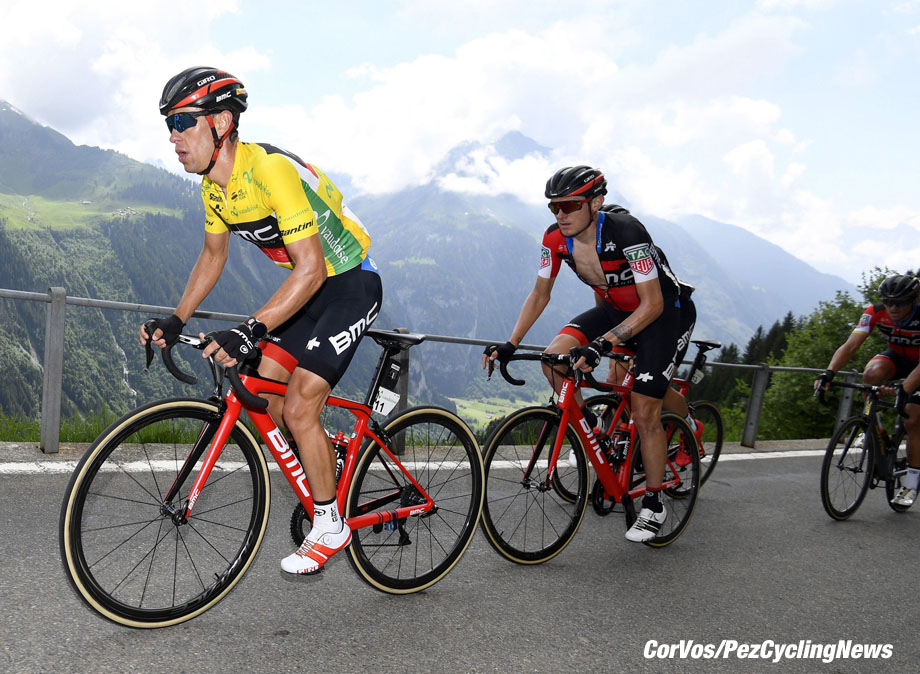 Tom Dumoulin (Sunweb & The Netherlands): Will he have recovered as well from the Giro as Froome? We doubt it – and the chrono in the Tour is not to his taste with one spikey point after another on the route profile. If he makes the podium then he’s done well, despite the fact that for a big dude he’s very hard to shake in the montagne – he’s second favorite at the book makers. 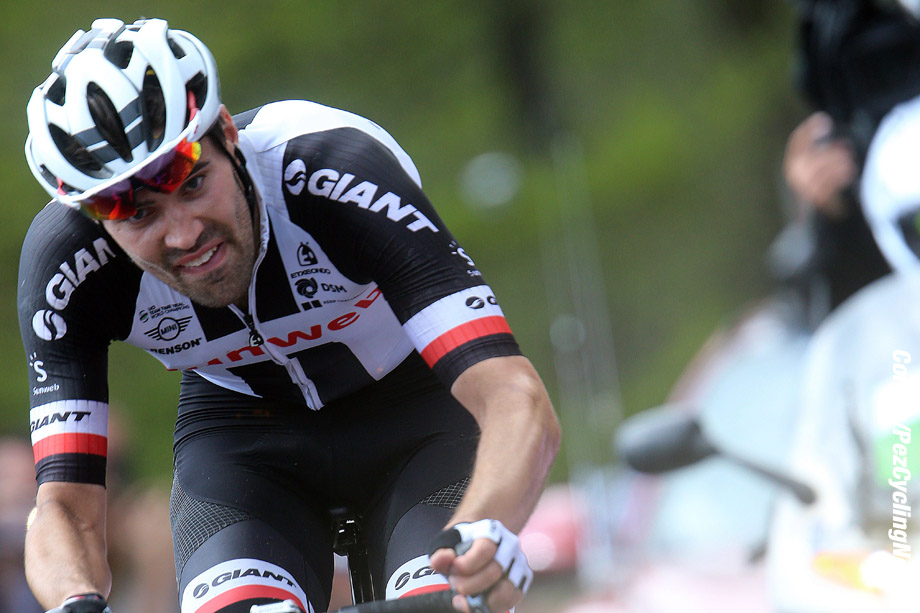 Tom Dumoulin – Can the big Dutchman take a Tour win?

And here’s a man we haven’t seen in any of the ‘Tour Faves’ pontifications: Primos Roglic (LottoNL-Jumbo & Slovenia): We know all too well that seven to 10 day stage races aren’t Grand Tours but this guy is still on the way up and finding himself. So far this year he’s won in the Basque Country, Romandie and Slovenia; he can climb, time trial – second in the Worlds, remember? – and isn’t afraid to head on up the road. A bet on a podium for the former ski flyer would make sense. 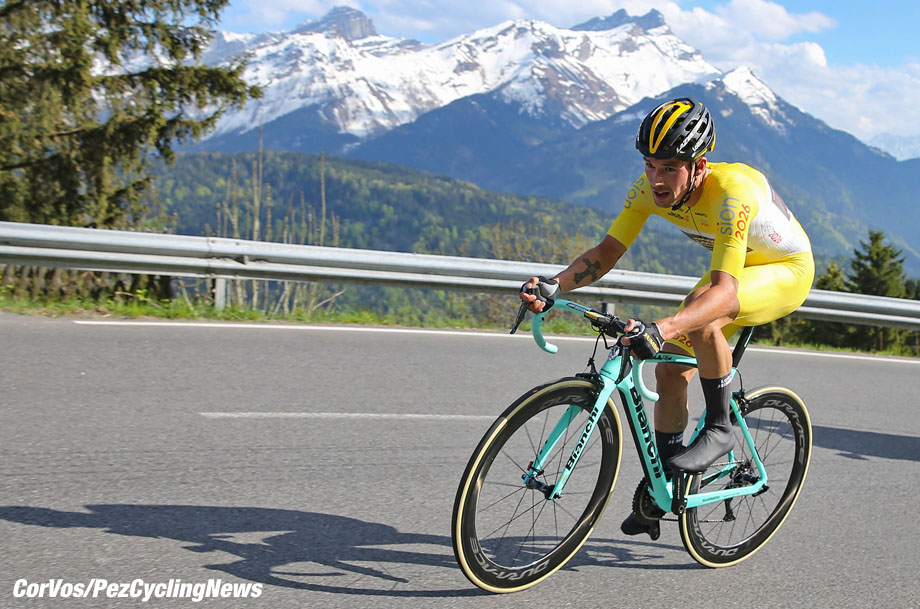 But the bottom line? 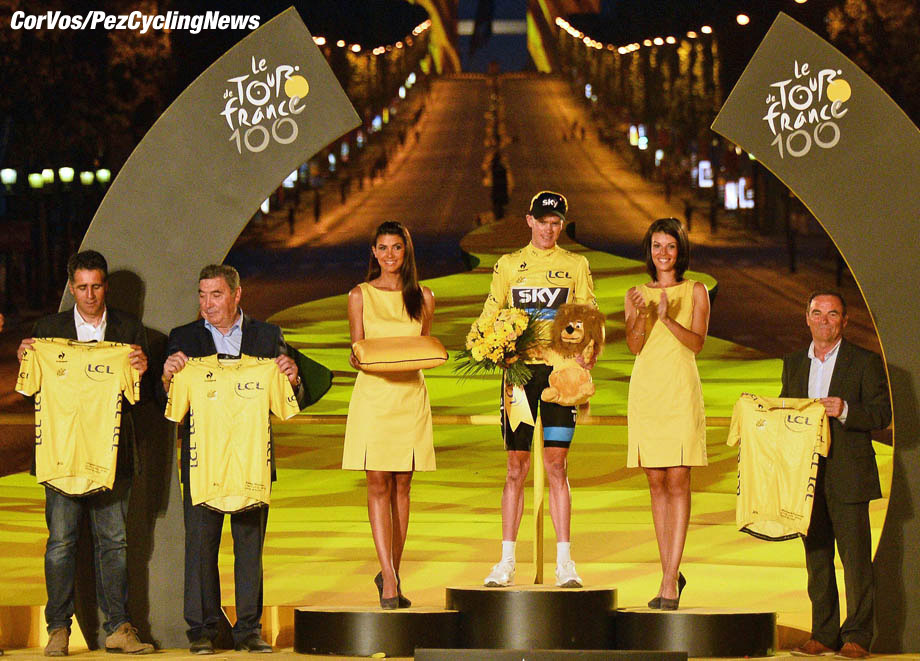 Will Monsieur Hinault be celebrating on the podium?

Stay tuned to PEZ for everything from the Tour and for live action go to steephill.tv. 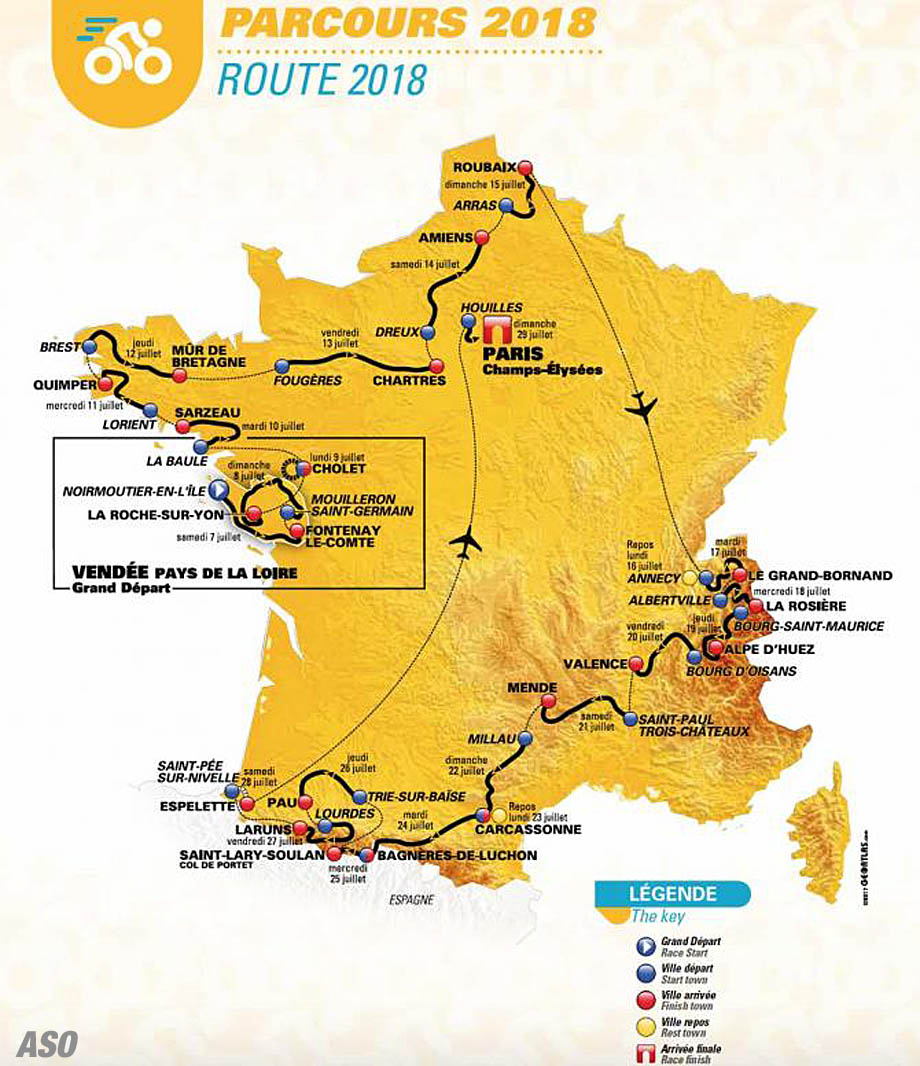 3T continues to expand STRADA line with STRADA DUE