UnitedHealthcare Steamrolls to Top Step of Podium; Schneider and Ryan Go 1-2 for TIBCO

Passionate cycling fans in Grafton lined the streets early then poured into the streets late for photographs and autographs at the Giro d’ Grafton, Day 3 of the Tour of America’s Dairyland presented by Wisconsin Milk Marketing Board. Historically, they have donated their heart, soul and vocal cords to the racers, and Saturday night, the Pro Men and Women USA Cycling National Criterium Calendar (NCC) contests were a way of giving back. A phenomenal show was put on, and it was standing room only, nearly ten deep in sections along the boards.

Historically, they have donated their heart, soul and vocal cords to the racers, and Saturday night, the Pro Men and Women USA Cycling National Criterium Calendar (NCC) contests were a way of giving back. A phenomenal show was put on, and it was standing room only, nearly ten deep in sections along the boards. 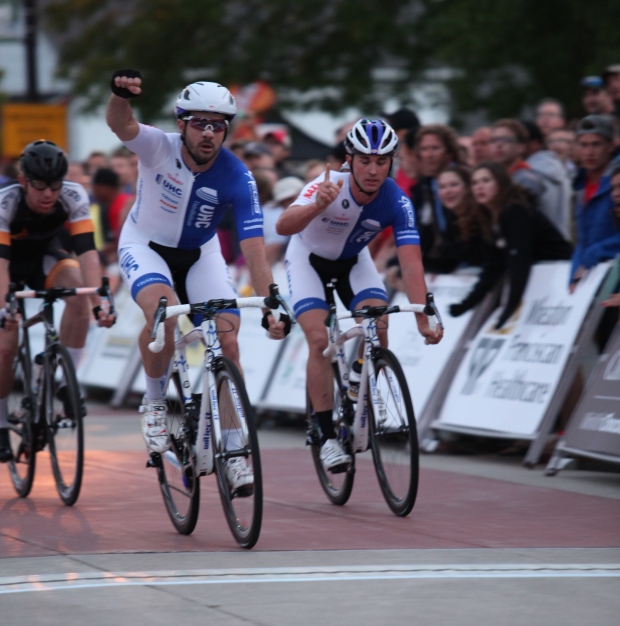 Midway through the Pro Women’s race, things started to percolate as Amy Phillips (Pepper Palace) stepped out for a walk in the prime park but then started to jog and then run, which sent Amanda Miller (TIBCO-To The Top) leading the charge in chasing down Phillips. The gap did close as prime after prime were launched at the field…over $1,500 cash in primes during the 60-minute contest. Phillips was joined in line at the bank by Diana Penuela (Specialized Colombia), Starla Teddergreen (Cloud Racing), Joanne Kiesanowski (TIBCO-To The Top) and finally, Lizzie Williams (Vanderkitten) who earned a cool grand from Wisconsin Discount Securities.

All in all, it was an uber competitive race played smartly by the day’s 64 competitors, and one that kept the crowd on their collective toes ‘til the end. Fans were treated to an outstanding finishing sprint and a solid victory from hometown racer and teammate of Kiesanowski, Sam Schneider. Kendall Ryan’s effort also put TIBCO on the second step of the podium, while current NCC leader Erica Allar (Colavita-Fine Cooking) shined at third. 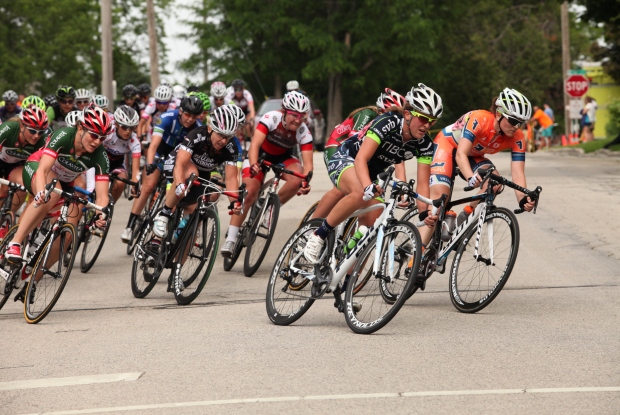 Isaac Howe (Champion Systems-Stan’s No Tubes) and Cole House (ISCorp-Intelligentsia) set the tone and tempo…FAST…just minutes into the race with an attack off the front. Short lived but a glimpse of what was to come from 129 starters whose ears were perked for what amounted to $2,000 in cash primes. Alexander Ray (Hincapie Sports Devo) once again had his time at the front, driving hard, as did Kevin Mullervy (Champion Systems) and teammate Adam Leibovitz. Then it was Ruben Companioni’s (Jamis-Hagens Berman) turn before the wash of primes took charge with Paul Morris (Team Clif Bar) and Argentine Sebastian Trillini each making deposits. Everyone’s foot was now stuck on the gas.

Companioni lauched another attack with 13 remaining as three chasers pursued while United Healthcare was getting into position. 10 to go, Andrew Dahlheim (Athlete Octane) joined Companioni in pursuit of a $250 prime, which left Dahlheim with a little extra weight in his pockets. Seven to go…another $1,000 prime from Belgianwerx Bicycle Studio…making its way into the hands of Griffin Easter (Airgas). Consecutive grand nights for Easter. 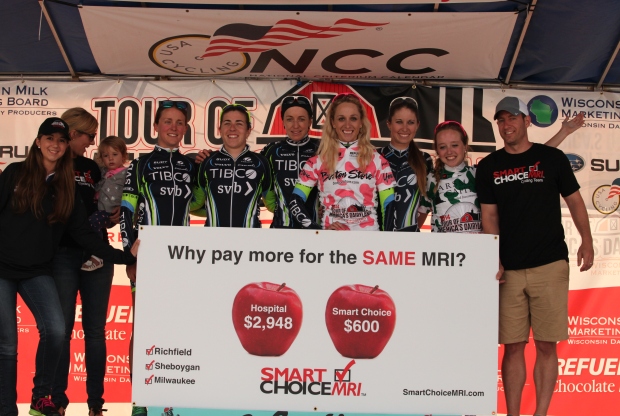 All together with five remaining, United Healthcare continued to drive the pace in excess of 30 mph with four, then five up front. Bedlam. The crowd screaming, and ninetied over barricades. Bells. Bullhorns. Fist bumps. The ground seemingly shaking, it was former U.S. Criterium Champion Ken Hanson (UnitedHealthcare) who catapulted his way to the finish for the win as teammate Luke Keough, currently sitting second in the NCC Standings, stood to his right on the podium. Thursday evening’s Shorewood victor, Daniel Holloway (Athlete Octane) took third but held onto the yellow Wisconsin Milk Marketing Board Overall Leaders Jersey. Holloway and Athlete Octane teammates lead the Smart Choice MRI Overall Pro Team Omnium, with eight more days of racing. 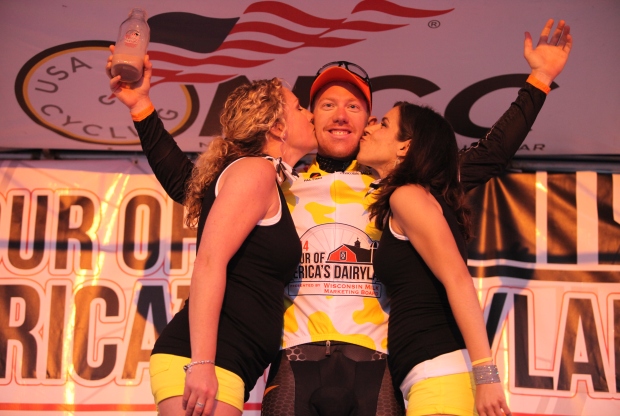 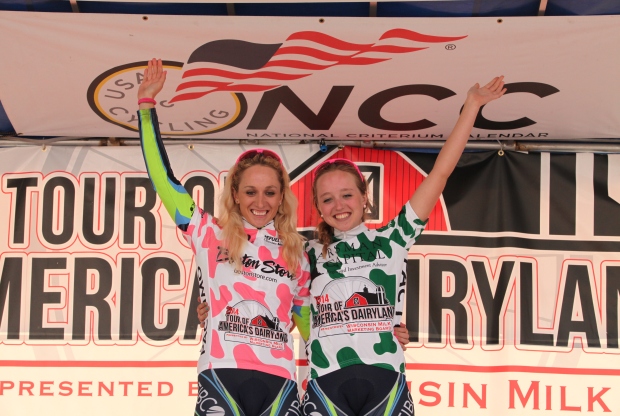 Ilnur Zakarin third in the queen stage in Slovenia , up to second in GC

Area Zero D’Amico: A Fantastic Experience on the Roads of Slovenia