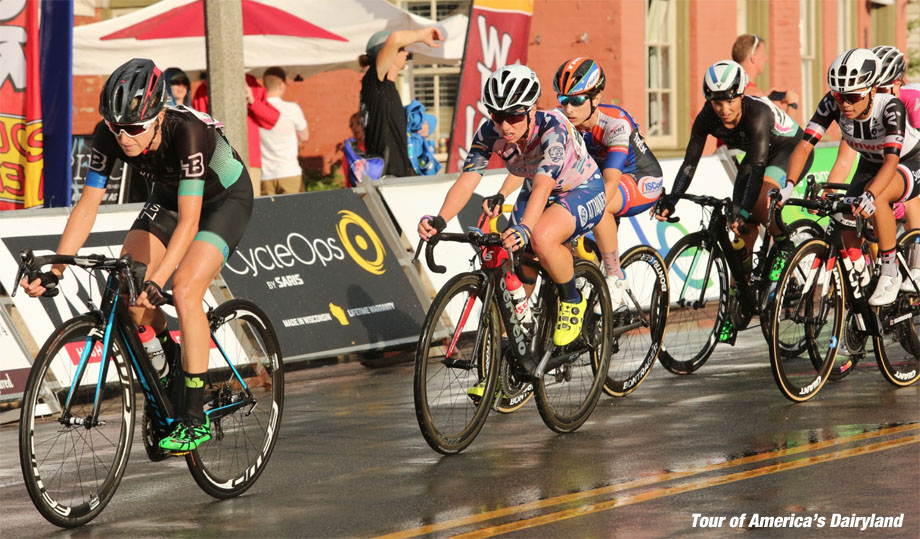 The rain started to fall mid-way through the race, and the peloton kept the pace reasonable and safe, particularly around the painted lines and manhole covers in the rolling, six-corner course in West Bend.

But when Bluhm dropped off the pace, Fearless Femme put the whole team at the front to drag the field up to the break. 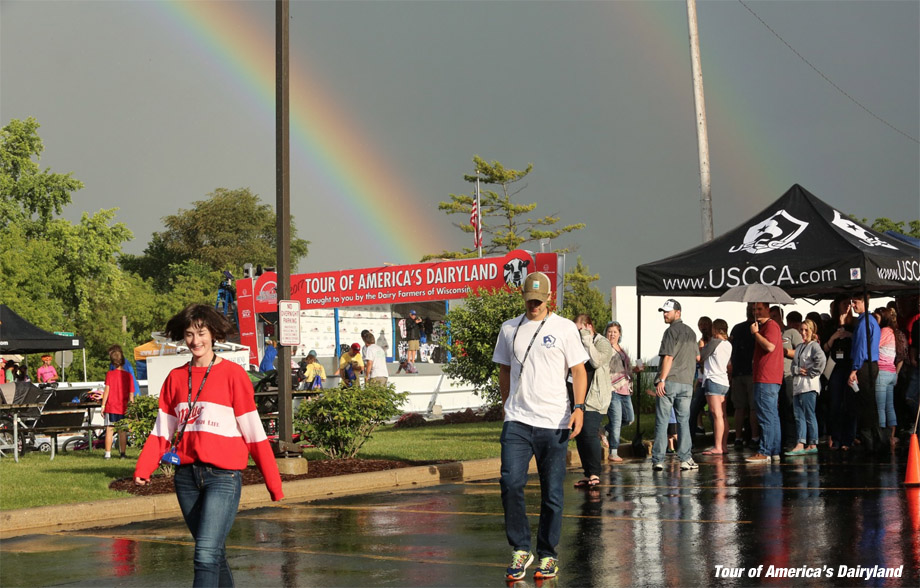 Holloway also won the 2014 Overall at the Tour of America’s Dairyland and the amateur criterium national championships in 2015.

Chicchi is a former Pro Tour rider with Fassa Bortolo, Quick Step, and Liquigas. He “retired” last year and is in the U.S. this year to race crits across the country.

While Jadon Jaeger (Intelligentsia Coffee) and Jordan Marhanka (Texas Roadhouse) kept attacking to get off the front like they did in Waukesha, nothing stuck.

Since the race was shortened to 60 minutes because of the heavy rain earlier in the day, the pace was kept high and the leash was tight on all breakaway attempts. The field was mostly strung out single file for the entire race.

With the Green and Yellow jerseys in hand, Stradalli Cycle/Safetti kept the overall team award!

• See full results and all the pics here.

Streets of Knoxville to be Filled with Bicycles June 24-25; Where and Who to Watch Fan Tips

Toolbox: Know What You Are Using