The seventh year of the Tour of America’s Dairyland presented by Wisconsin Milk Marketing Board kicked off in the neighborhood warmth of an uber cycling-friendly Milwaukee North Shore suburb for the Shorewood Criterium Cycling Classic pb Metro Market.

The healthy-sized Pro Women field kept it close for much of the contest, their first of 11 consecutive race days.  The convivial vibe notched up to downright competitive at the midway point as the Dave Anderson/Rainbow Jersey Bicycles Backside Fan Prime was announced at $600.  Absent for a year due to a course change, this annual race fan party and prime collection was all aburst.  UnitedHealthCare’s Cari Higgins grabbed the green at the line and personally collected the jar of cash from neighborhood kids post-race. 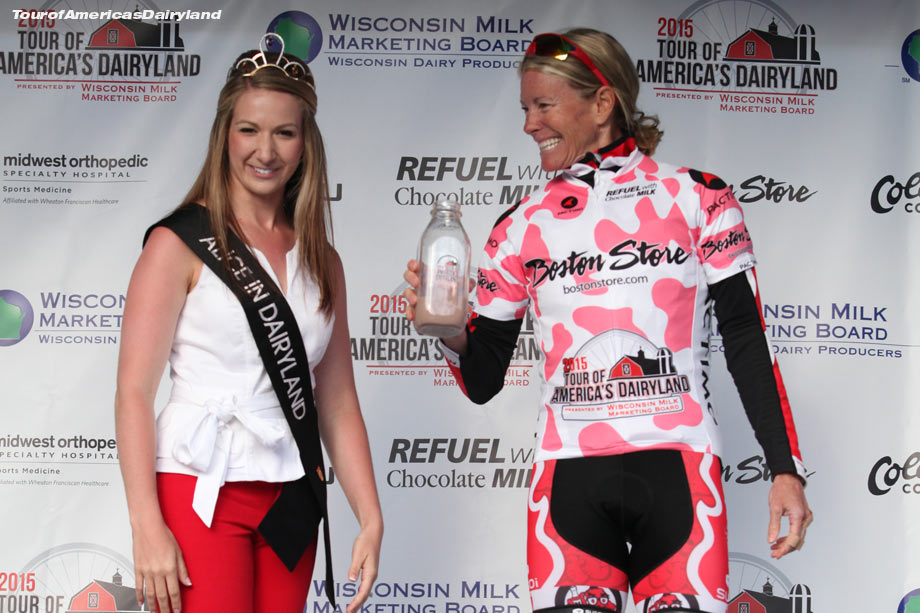 The Pro Women picked up an additional $800 in primes, which kept energy  high.  With four laps remaining, the Pepper Palace squad slid into position with Fearless Femme and ISCorp/SmartChoice MRI staying near.  But it was Tina Pic (Pepper Palace/The Happy Tooth) who launched early and held on for her first 2015 slip into the pink Boston Store Leader’s jersey.

The familiar face and pace of Alexander Ray delighted the fans at the boards.  Ray, who raced for the local ISCorp squad last year returned in a Silber Racing kit but received the same crowd favoritism as he leapt early and often to take a big bite of the nearly $2,000 in total primes that were dished out during the 90-minute race.

Threats of breaks came early and often but the scene got serious when it came time for the guys to race for the backside prime prize.  Ray, Daniel Holloway (Alto Velo-Sea Sucker), Rahsaan Bahati (Bahati Foundation), Astellas and others turned up the heat but it was the Aussie Scott Sunderland of Team Forklifts who pocked the $700. 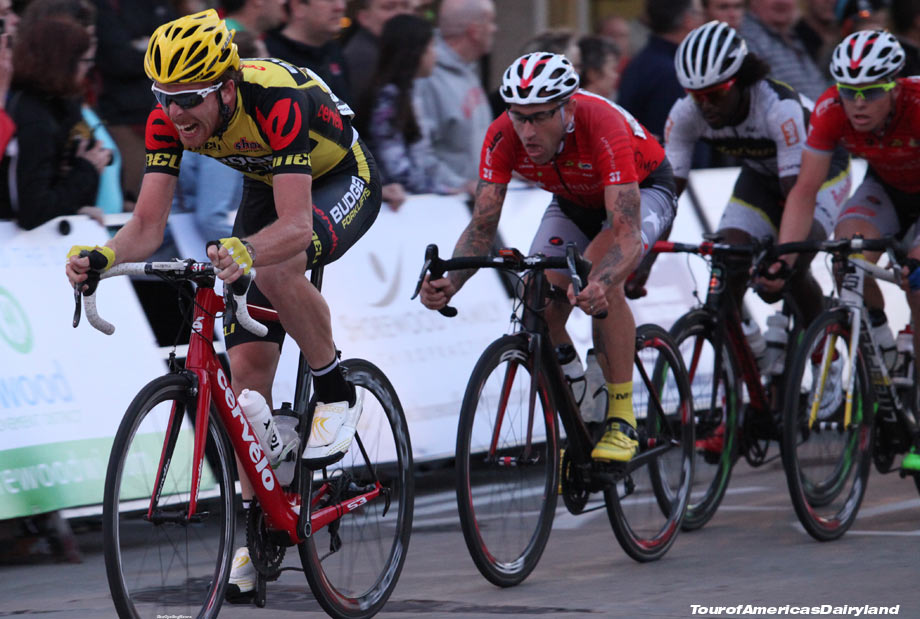 The prime valve was left open for the remainder of the race, draining the bank and energy reserves with Ray, Rudy Companioni (Stradalli/Saffetti), Ryan Aitcheson (Astellas) and the Budget Forklifts quad atop the list of usual suspects.  But the Budget Forklifts stride was not to be broken, and Sunderland went back to the hotel with a lot of cash and the night’s win.

A “game on” mentality was exhibited Thursday, leaving no doubt that it is going to be an explosive 11 days at the Tour of America’s Dairyland.  ToAD racing continues Friday at the East Troy Cycling Classic presented by the Dennis & Janice Klumb Family Foundation.

Sir David Brailsford to cycle the Etape Eryri this Sunday!