PAYSON, UTAH (Aug. 8, 2018) – A powerful solo attack by Sepp Kuss (USA) of Team LottoNL-Jumbo lasted 32 miles from the slopes of Mount Nebo for a thrilling win on Stage 2 at the Larry H. Miller Tour of Utah on Wednesday. The victory in downtown Payson City put the 23-year-old in the Larry H. Miller Group of Companies overall leader’s jersey. 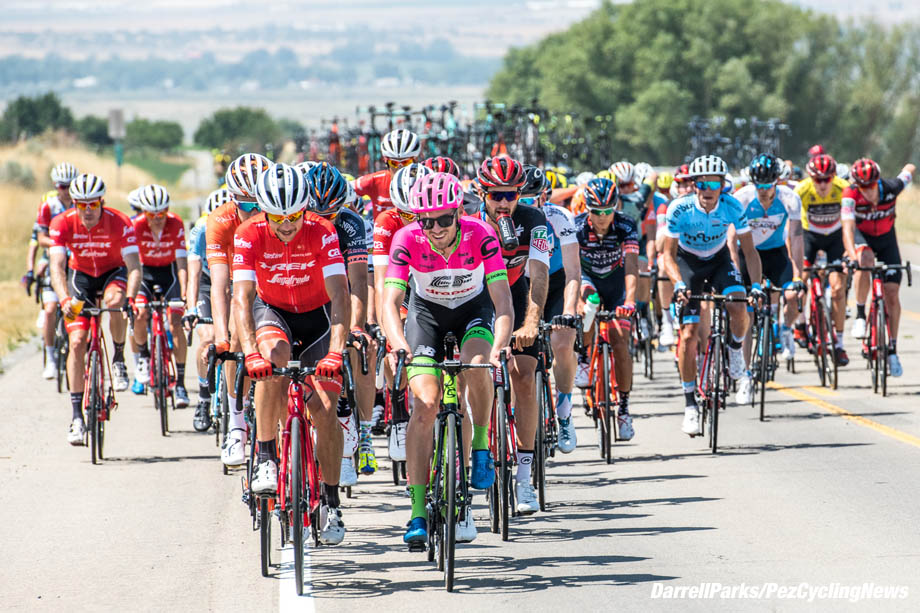 Kuss covered the 88.6-mile course in 3 hours and 25 minutes. Crossing the line 29 seconds later was his teammate Neilson Powless (USA), who won the sprint for second place ahead of Rally Cycling’s Kyle Murphy (USA).

Kuss attacked and passed the dwindling peloton on the steep, lower slopes of Mount Nebo, the highest mountain in the Wasatch Range of Utah. He was alone at the top, 9,300 feet above sea level at the Utah Office of Tourism King of the Mountain climb and held off a hard-charging chase group on the exhilarating 23-mile descent to the finish. 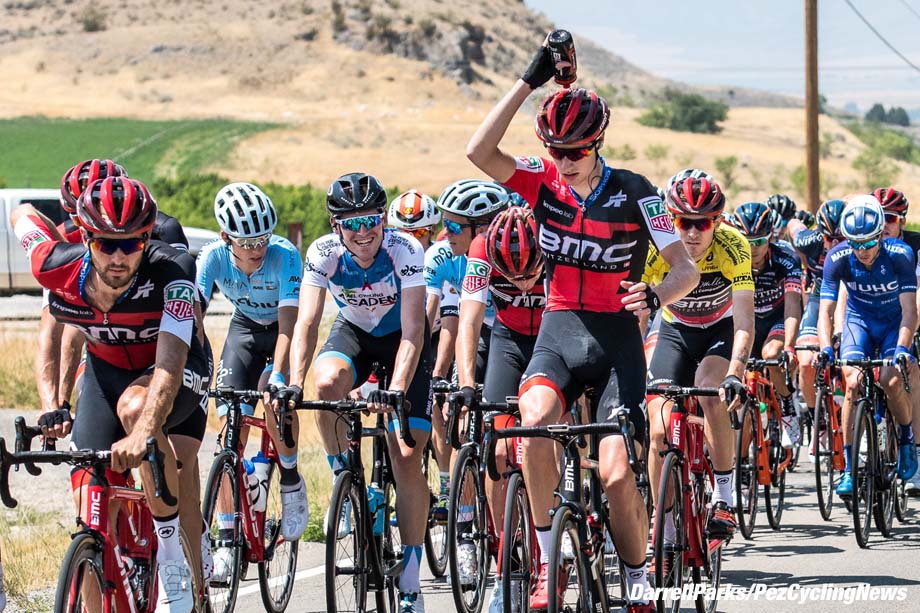 “At the beginning of the climb, I felt really strong. Pete Stetina (Trek-Segafredo) made a little surge, maybe three or four k (kilometers) into the climb. I followed that, and still felt pretty good and the gap kept going. I just kept going at a reasonable speed. It was not the most pleasant experience out there in the headwind, but (I was) happy to make it to the finish line,” explained Kuss, who had a one-minute lead on the chasing group of elite riders as he crested Mount Nebo. 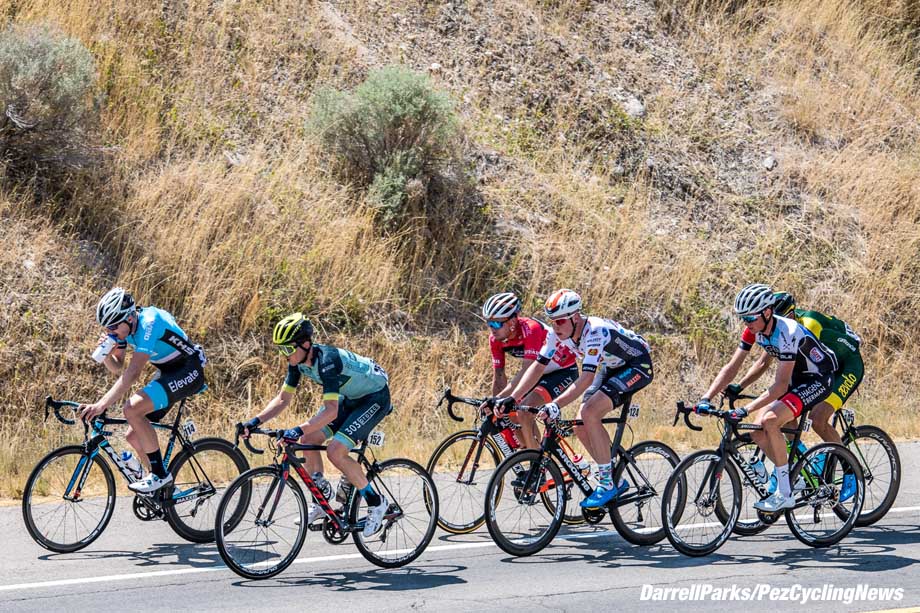 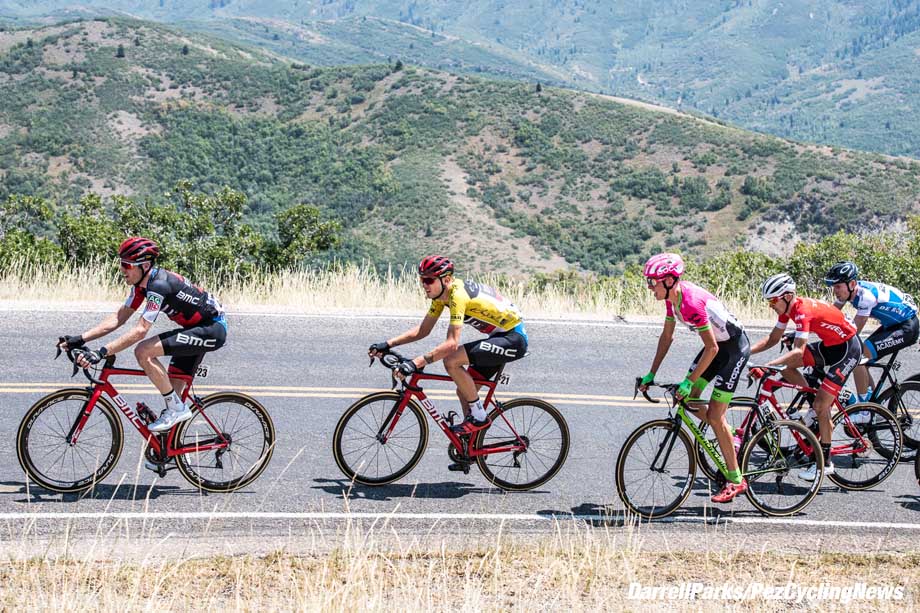 The Utah Office of Tourism King of the Mountain jersey stayed with Daan Olivier (NED) of Team LottoNL-Jumbo and Powless is back in the WCF Insurance Best Young Rider jersey.

“Sepp is definitely the strongest guy in the race right now, that’s insane,” said Powless. “I was incredibly happy, at a loss for words. You don’t get to celebrate when you finish second very often, but when your teammate finishes first and you come in across the line next, that’s about as special as it gets.” 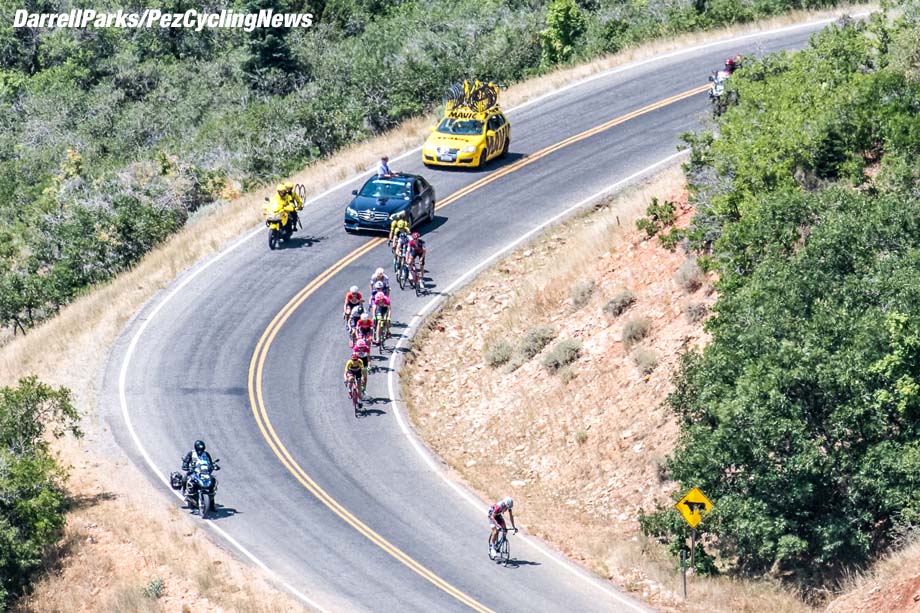 After a fast and furious start on Stage 2, Travis McCabe (USA) of UnitedHealthcare Pro Cycling Team claimed the first intermediate sprint in front of historic Peteetneet Museum in Payson, and retained the Utah Sports Commission Sprint jersey. Griffin Easter (USA) of 303 Project, the last rider from the six-man breakaway to be reeled in after 40 miles in the saddle, was awarded the Larry H. Miller Dealerships Most Aggressive Rider jersey. Gage Hecht (USA) of Aevolo Pro Cycling was voted America First Credit Union Fan Favorite, in the category of Most Promising Rookie.

Stage 3 presented by America First Credit Union on Thursday, Aug. 9 is the longest stage of the week at 116.4 miles (188 km). A new start on the far end of Antelope Island State Park takes place at the Garr Ranch. It is the third time the Tour has started on the island. After a wind-swept seven miles over the causeway to cross the Great Salt Lake’s Farmington Bay to the mainland, the race will serpentine through Davis County to the new finish in Layton City. There are three Sprint lines in Davis County, once in Syracuse and twice in Farmington. One short, steep KOM up the Bountiful Bench could be the launching pad for a late breakaway. On the return stretch from Bountiful, the race will pass through Hill Air Force Base for a second year. After five circuits through Layton Commons Park, a stage winner will be crowned on North Wasatch Drive across from the park. 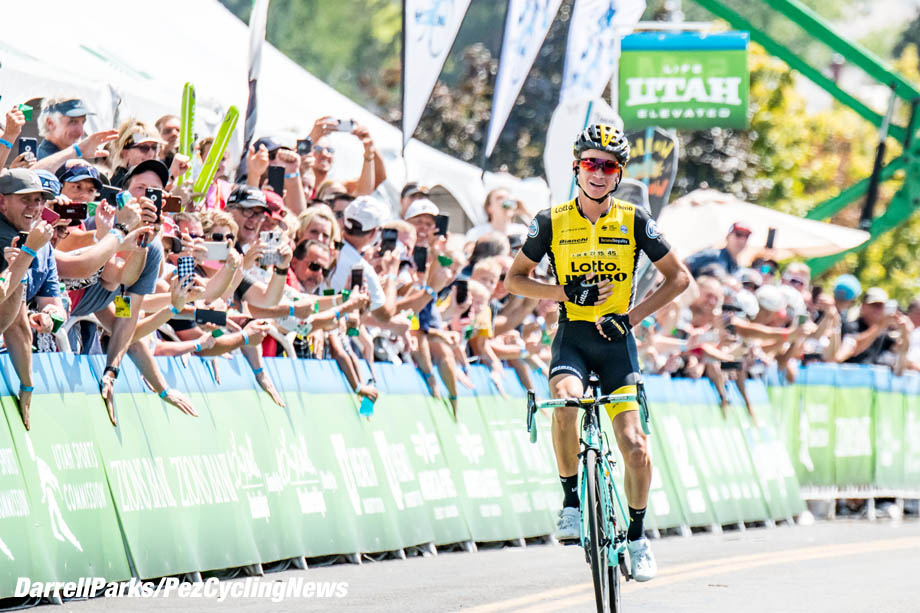