PARK CITY, UTAH (Aug. 12, 2018) – Young American Sepp Kuss of Team LottoNL-Jumbo successfully fended off all challengers to earn both the stage and overall title at the 2018 Larry H. Miller Tour of Utah on Sunday. A dominant Kuss accelerated away from all competitors on the slopes of Empire Pass, one of the hardest climbs in the world, to win Stage 6 presented by Utah Sports Commission in front of huge crowds undeterred by rain. Kuss covered the 78.3-mile course in 3 hours and nine minutes. 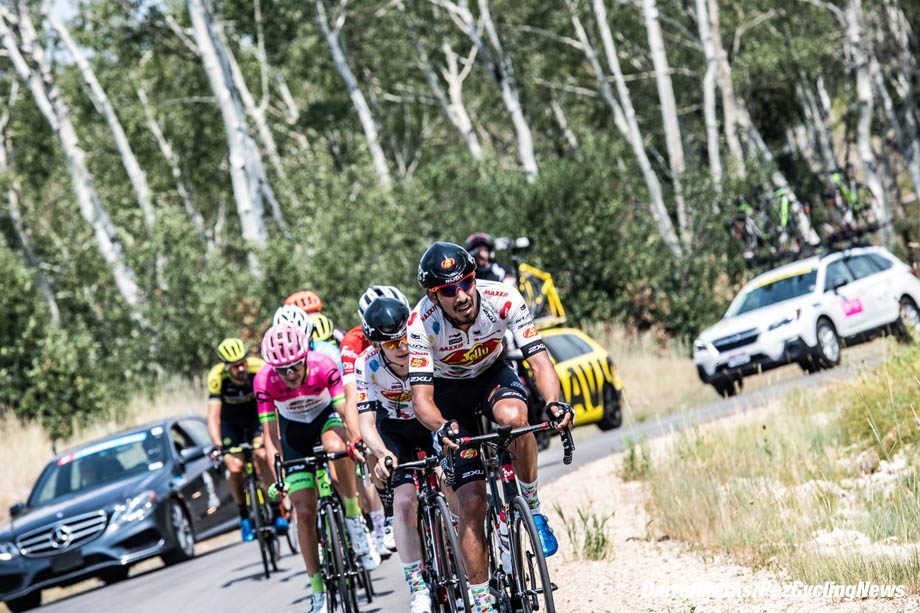 Behind him, the chase was on for the stage and General Classification (G.C.) placings. Brent Bookwalter (USA) of BMC Racing Team and Jack Haig (AUS) of Mitchelton-Scott cut loose on the descent to the finish line on Historic Main Street in Park City. Bookwalter outsprinted Haig for second place on the stage, crossing the line eight seconds behind the winner.

“On the descent, it was a bit wet so I didn’t want to take any chances at all. I knew that guys behind, especially Brent (Bookwalter), would probably take some chances. I just tried to ride a safe descent and make it to the finish line,” said Kuss, who won his third stage victory of the seven-day race. “The fans were so loud that I couldn’t hear anything behind me, like anybody switching gears or anything. I thought if they pass me I won’t even know because it’s just so loud. I was just trying to drive all the way to the line, but I was definitely suffering.” 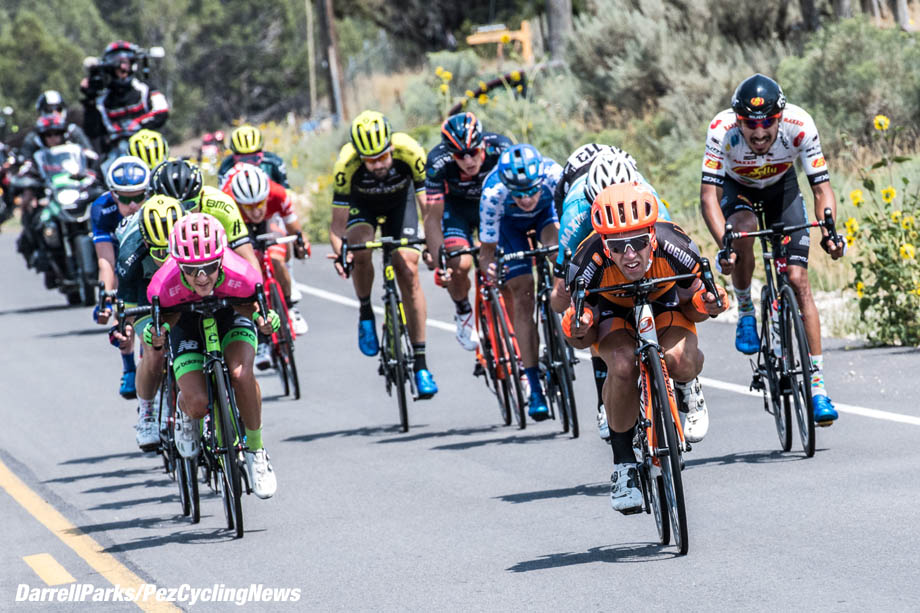 Over the course of seven days of hard racing, two different riders wore the Larry H. Miller Dealerships Overall Leader’s yellow jersey, Prologue winner Tejay van Garderen (USA) of BMC Racing Team and Kuss, who climbed into the lead on Stage 2 in Payson. The final G.C. time for Kuss was 21 hours and 41 minutes. 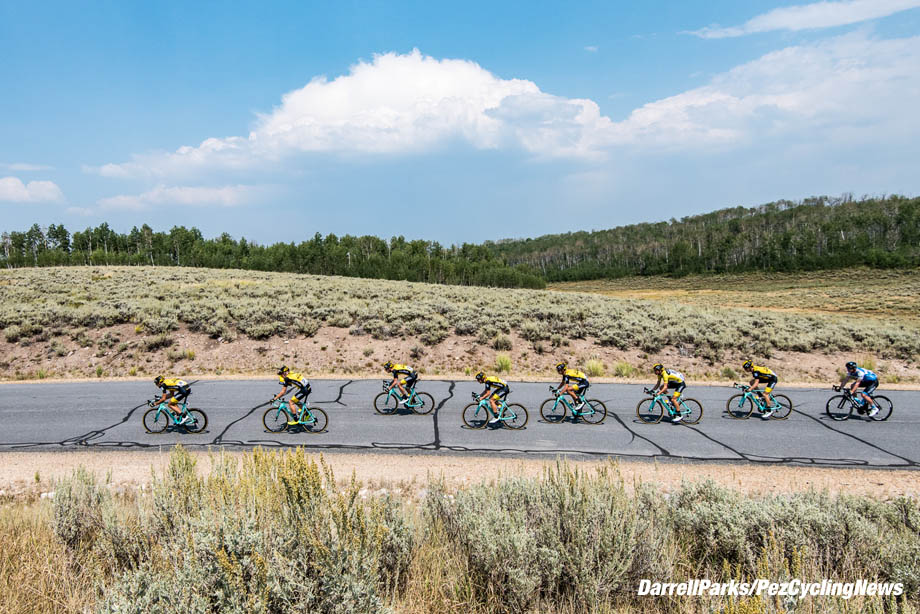 The 14th edition of the Tour of Utah, known as “America’s Toughest Stage Race” included 548 miles of racing and 43,780 feet of elevation gain for the 2.HC stage race. The start of Stage 6 presented by Utah Sports Commission featured a group of 15 riders who broke away from the 101-rider peloton at the first of two Utah Sports Commission Sprint lines in Kamas. Kept on a short leash by Team LottoNL-Jumbo, the escapees saw their gap decrease from a maximum of four minutes to just two minutes and 30 seconds on the bottom of Empire Pass, the second Utah Office of Tourism King of the Mountain climb. Halfway through the tough 7.7-mile climb, with a maximum gradient of 23 percent, Kuss powered away from the decimated peloton for the win. 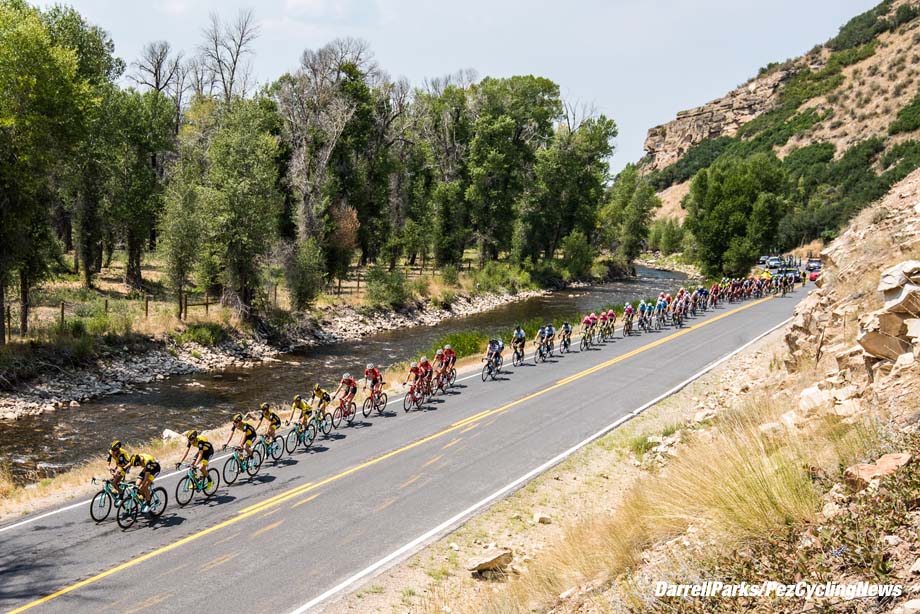 “Coming from Durango, there’s a lot of connections to the Utah area. It’s cool to see familiar faces. I think that what makes the race special, everyone is super enthusiastic, respectful fans and it has that kind of American flair. It’s fun to be here,” said the 23-year-old Kuss, who claimed the biggest victory of his career in his second appearance at the Tour of Utah. 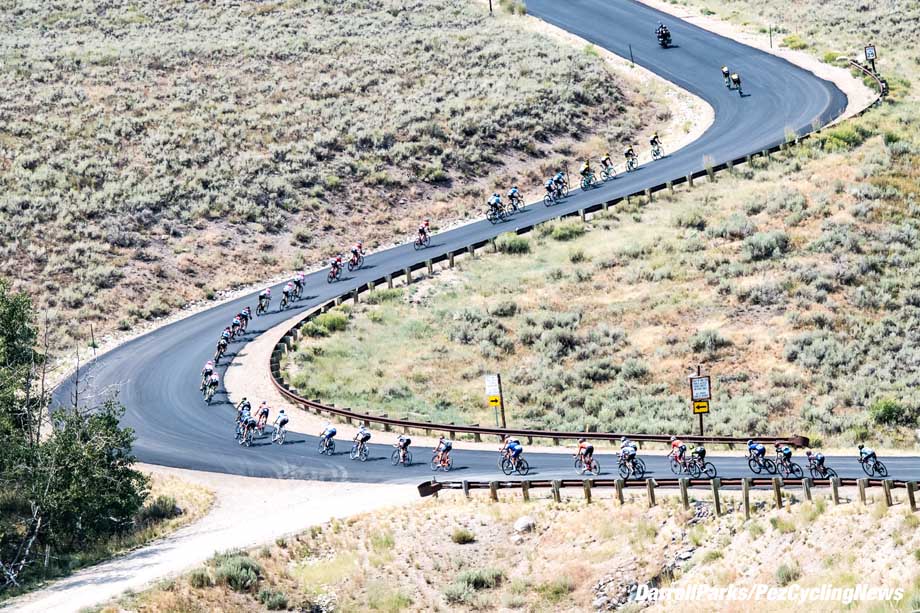 “I put in an attack and settled in, and it was enough to drop the other breakaway guys. I just rode my own pace and I hoped it was enough to hold on for the win. Obviously, Sepp is riding incredibly and he caught me near the top. But, I can’t say that I didn’t try. I’m very happy with the way I rode,” said Brown who finished ninth on the stage. “The last time I did this race was 2013 and I didn’t finish, so that just tells you how hard it is. I came back here to prove to myself that I could get through it. It’s super hard and that also makes this race that much harder. The quality of the field is one of the best I’ve seen in the U.S.” 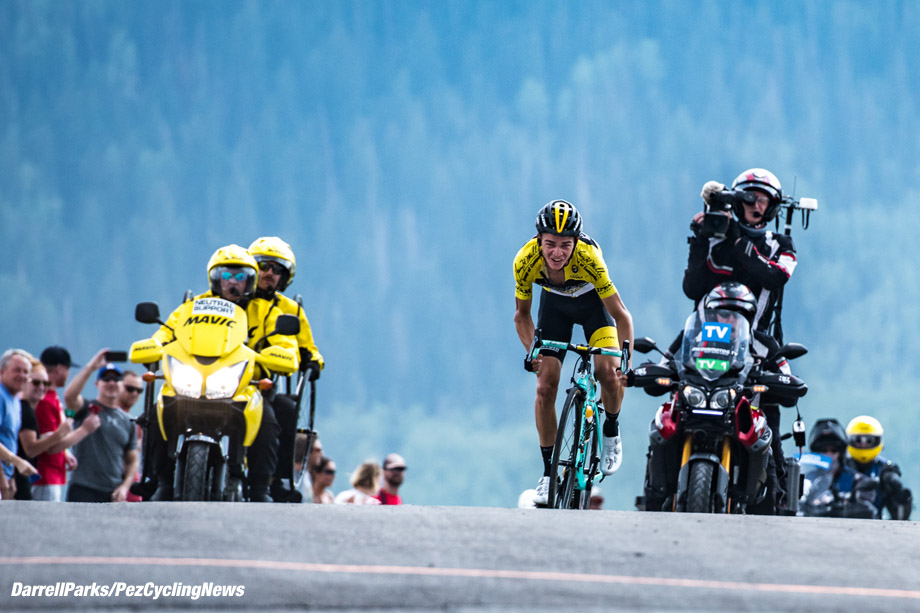 Pending final UCI approval, the tentative race dates for the 2019 Tour of Utah will be Aug. 12-18. “Congratulations to all the riders in America’s Toughest Stage Race and our worthy champion. Through the heat, smoke and altitude, you were all very impressive. We hope everyone enjoyed this showcase of the state of Utah and sport of cycling,” said Tour of Utah Managing Director John Kimball. 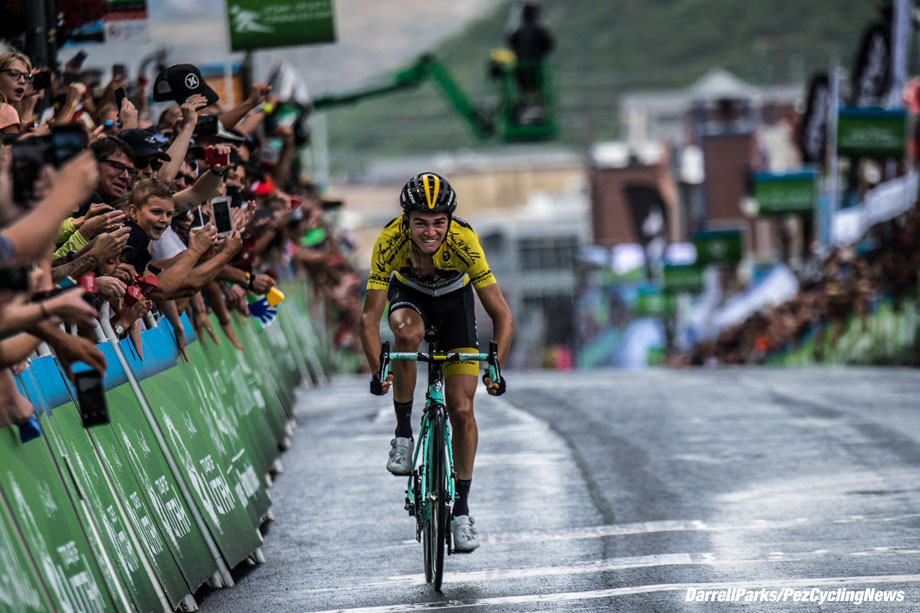 Bookwalter, who has ridden the Tour of Utah 11 times, added similar insights about the race. “My first time in (Utah) was 2008. It intimidated me and it was so daunting to get through it. I’m probably not as intimidated by it now as I was then, but it’s still challenging. The heat, the altitude, (and) the competition is just getting higher and higher, and raised up every year. America’s Toughest Stage Race is an accurate description and I’m happy it’s back in 2019.” 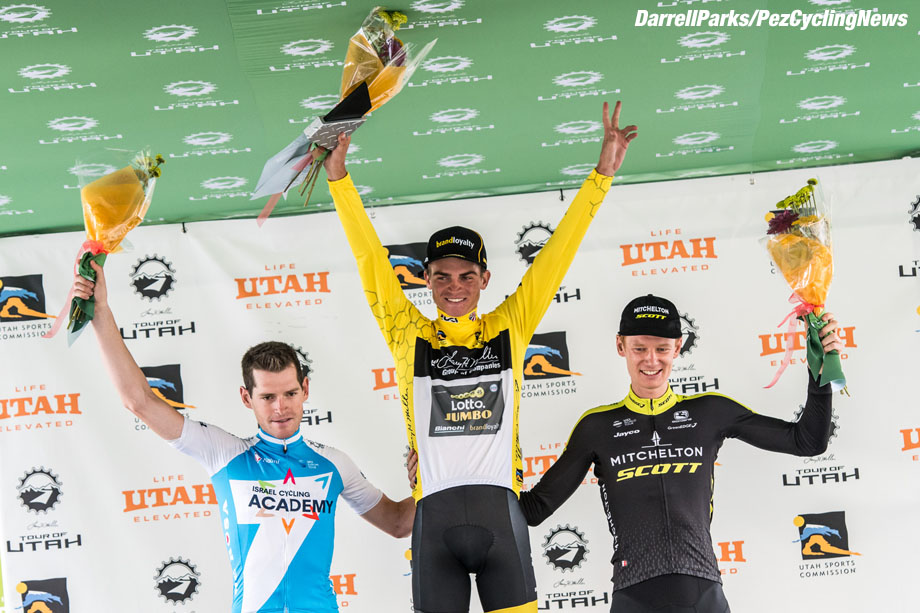