SALT LAKE CITY, UTAH (Aug. 10, 2018) – Jasper Philipsen (BEL) of Hagens Berman Axeon grabbed the line in a thrilling photo finish to win Stage 4 presented by Zions Bank at the Larry H. Miller Tour of Utah. In a fast and furious circuit race in downtown Salt Lake City, the 20-year-old Belgian claimed his first victory in the United States in a time of 2 hours and 35 seconds. 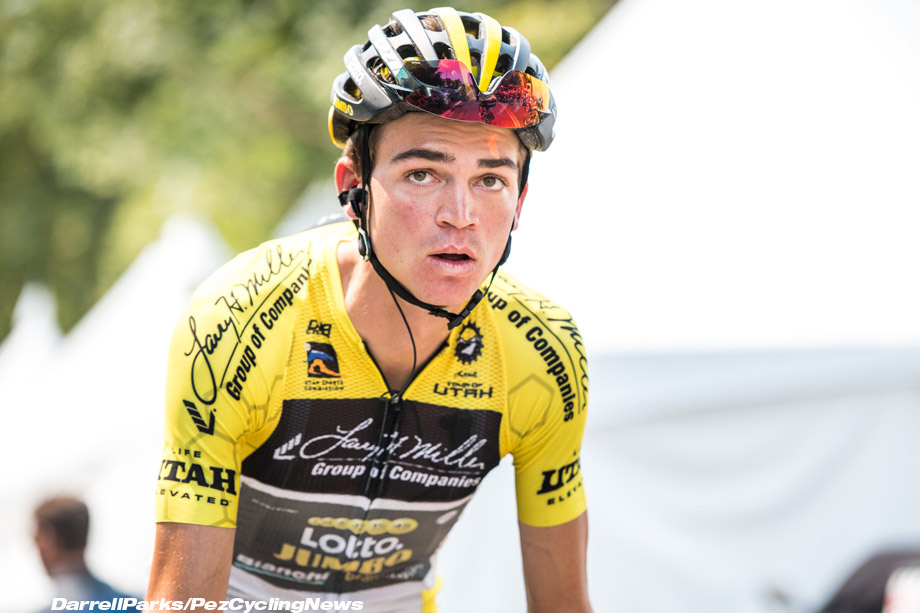 “I never had a greater result in the U.S. before,” said Philipsen, who finished a close second on Thursday in Layton at Stage 3 presented by America First Credit Union. “After yesterday, I started to believe in it. Today everything came together. Just a few millimeters, that made a difference again and I’m happy it’s on my side today.”

In a hard-fought sprint, two-time Tour of Utah stage winner Travis McCabe (USA) of UnitedHealthcare Pro Cycling Team took second place, a tire-width difference from another victory. Trek-Segafredo’s Kiel Reijnen (USA), who has won stages at the Tour of Utah in 2015 and 2016, finished third. 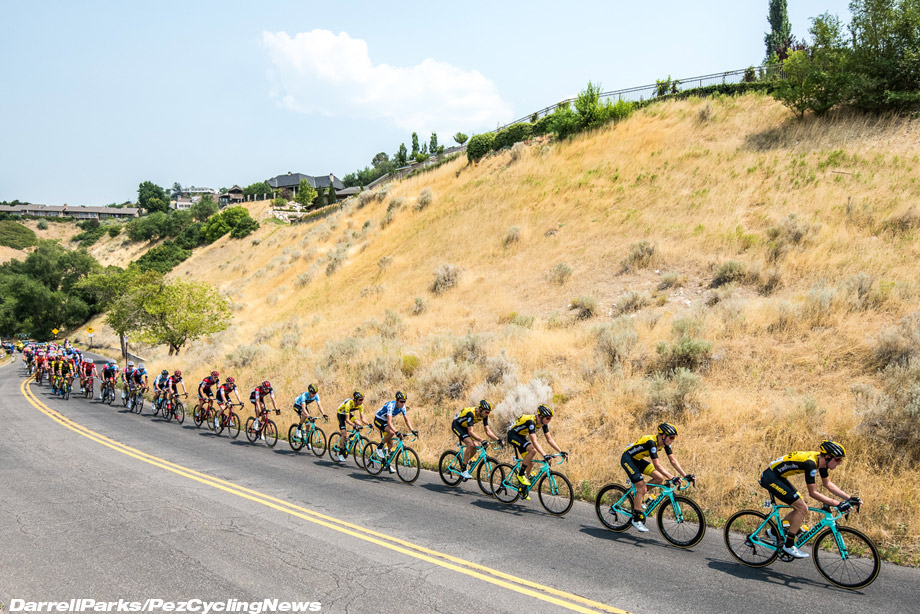 Huge crowds turned out along the 68.4-mile course, including Reservoir Park near the University of Utah and under the iconic Eagle Gate on State Street leading to the Utah State Capitol. The 108 riders tackled 10 laps of the 6.8-mile downtown circuit for a total of 5,500 feet of elevation gain. A group of 15 riders escaped immediately, but Team LottoNL-Jumbo controlled the pace to keep the breakaway close. The hot temperatures and the unrelenting change in the race profile took its toll on the field, with 57 riders finishing in the main group.

“This is my second time in a circuit race downtown in Salt Lake City and I think both times here the crowds have been super impressive. You can’t ask for a better backdrop,” said Reijnen. “We want to put on a show for the fans. It’s more fun for us when everyone is out cheering us on. We definitely race at 110 percent when we know the circuit like we did today.” 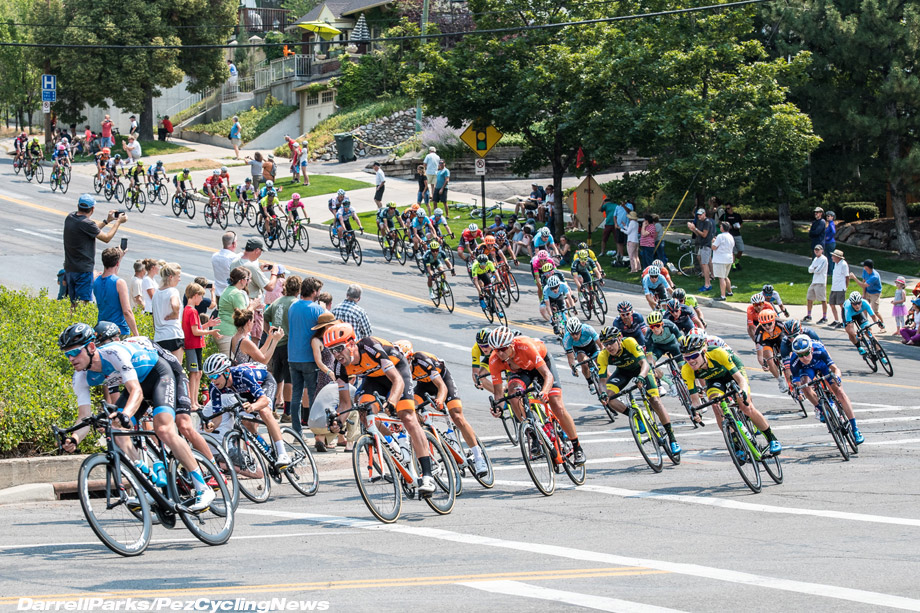 McCabe started his sprint first on the uphill drag on North Main Street, but Philipsen was able to catch him. The two dueled to the end with a bike throw to seal the deal for Philipsen. Just a day before, it was McCabe who beat Philipsen to the line.

“Jasper (Philipsen) got me on the line, it came down to a bike throw. I think it was pretty exciting for everyone to watch when you race for 115 k (kilometers) and it comes down to 15 millimeters. That’s how it is. (I’m) happy with second,” said McCabe, who continued to hold the Utah Sports Commission Sprint jersey. 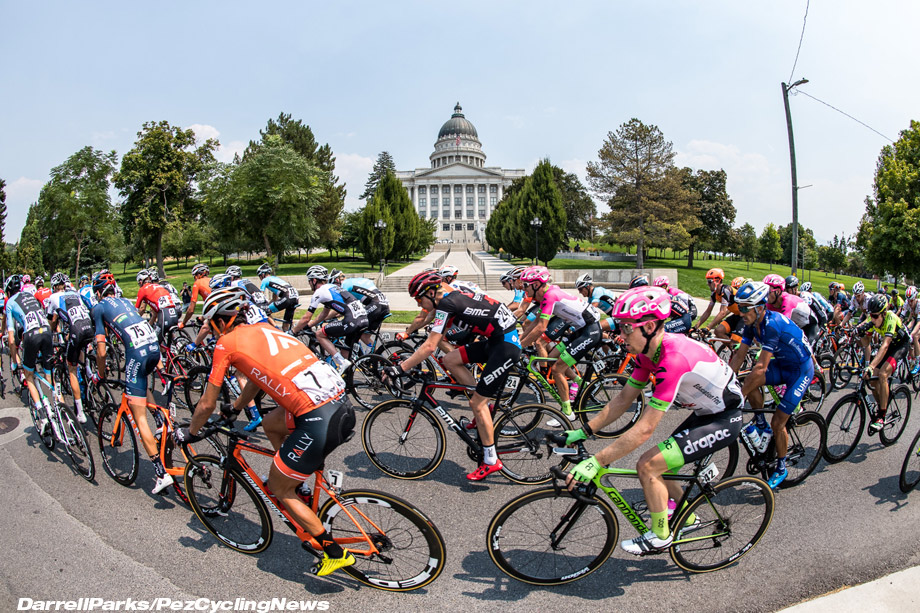 Very active in the breakaway for the second day in a row, Australian Jonny Clarke of UnitedHealthcare Pro Cycling Team was awarded the Larry H. Miller Dealerships Most Aggressive Rider jersey. Also in the breakaway, Utah-native Taylor “TJ” Eisenhart of Holowesko-Citadel p/b Arapahoe Resources was voted the America First Credit Union Fan Favorite, in the category of Most Fashionable. Powless remained in the WCF Insurance Best Young Rider jersey. 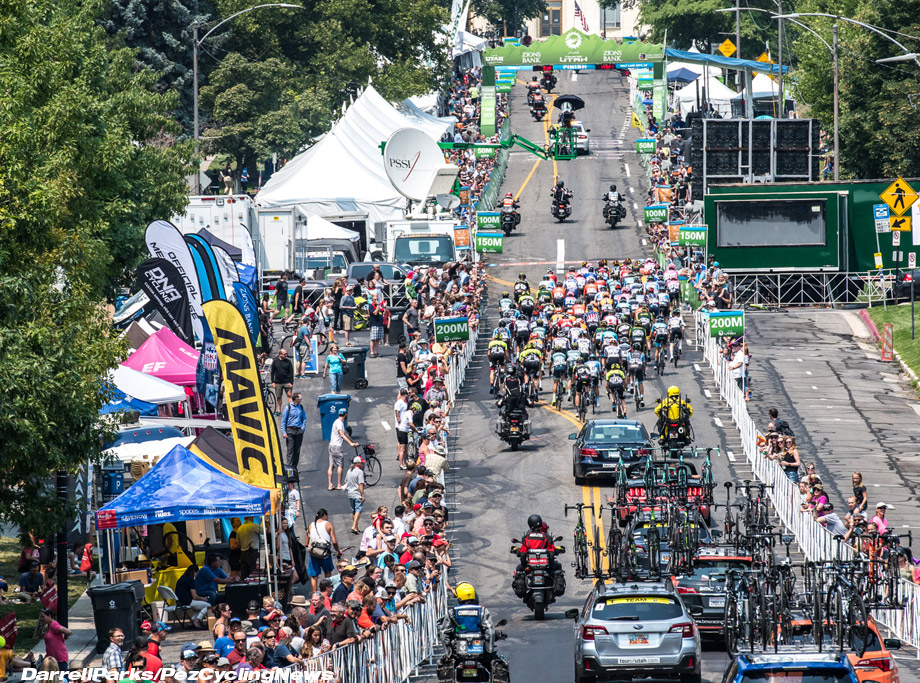 Stage 5 presented by University of Utah Health on Saturday, Aug. 11, hails the return of the notorious “Queen Stage,” with 9,975 feet of elevation gain. The penultimate day of the Tour of Utah will feature 94.8 miles (152.6 km) of racing from a new start at Canyons Village in Park City to the signature finish at Snowbird Resort.

The undulating terrain of Summit County includes an early KOM at Jordanelle Reservoir, a sprint at Wolf Creek Ranch, and a two-mile stretch of dirt road on Democrat Alley. The route then goes through historic Park City for a second sprint line of the day and the ascent of the Category 1 KOM at Guardsman Pass. A blistering 15-mile descent of Big Cottonwood Canyon leads to the Salt Lake Valley below and a short traverse along Wasatch Boulevard. Then it is on to the Hors Category climb up Little Cottonwood Canyon, the signature six-mile battle across gradients of eight to 12 percent to the finish line at Snowbird Resort. The race has finished at Snowbird Resort 11 times, and only twice has the winner of the stage worn the winner’s jersey at the end of the week. 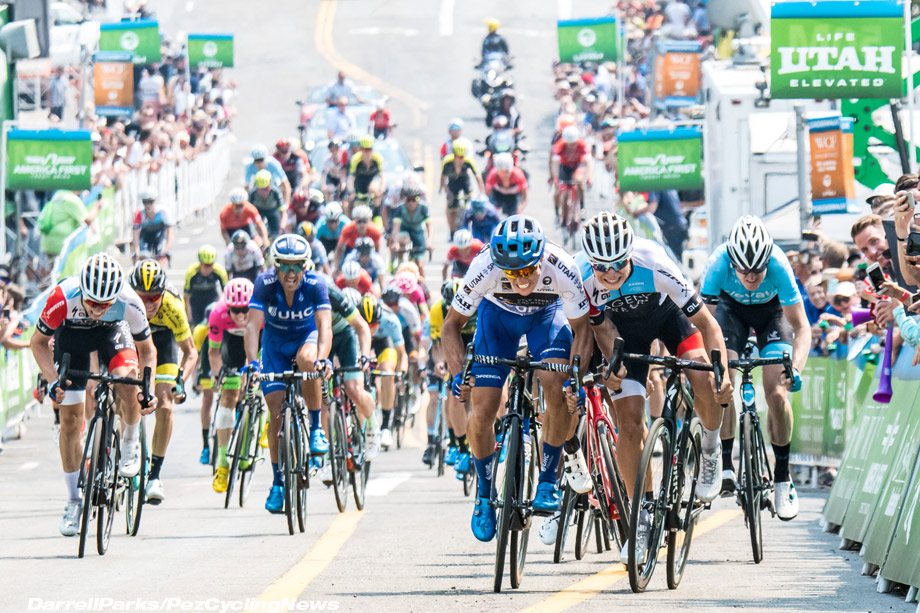