Stage Report: The big break of the day looked like it would be the winning move, but it exploded as the GC men lifted the pace on the final climb of stage 11. With a bold move, Geraint Thomas (Sky) launched himself up the Summit finish for stage and overall glory. His team leader, Chris Froome wasn’t far behind and is now second overall to Thomas at 1:25. 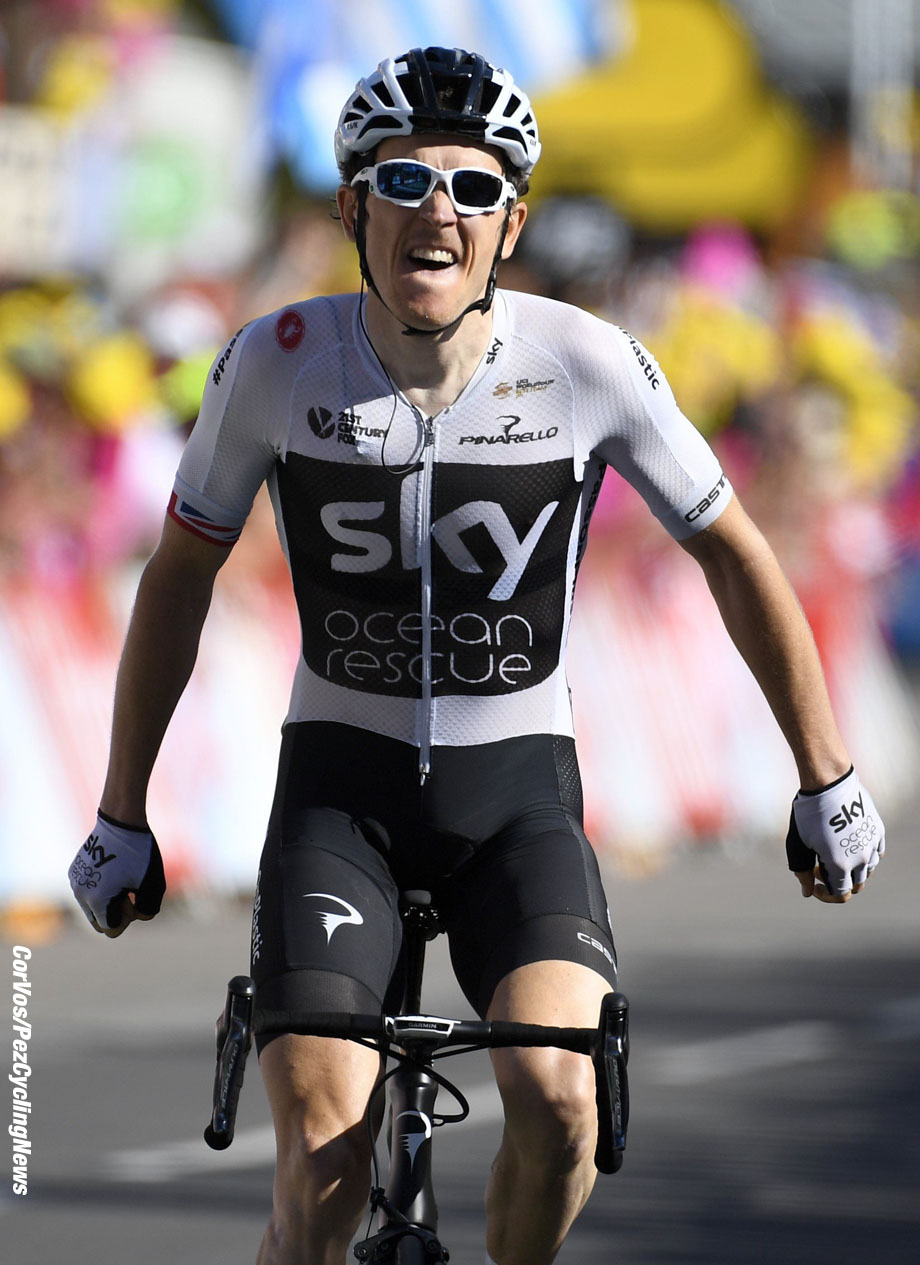 With 300 meters to go of stage 11 it looked like Mikel Nieve (Mitchelton-Scott) was going to take the victory on the summit of La Rosière, but Sky’s Geraint Thomas came hammering past him for the stage and the overall lead. That wasn’t the end of Nieve’s bad luck as Tom Dumoulin (Sunweb), Chris Froome (Sky) and Damiano Caruso (BMC) all passed the spaniard in the final pedal strokes of the toughest stage in this Tour de France yet. 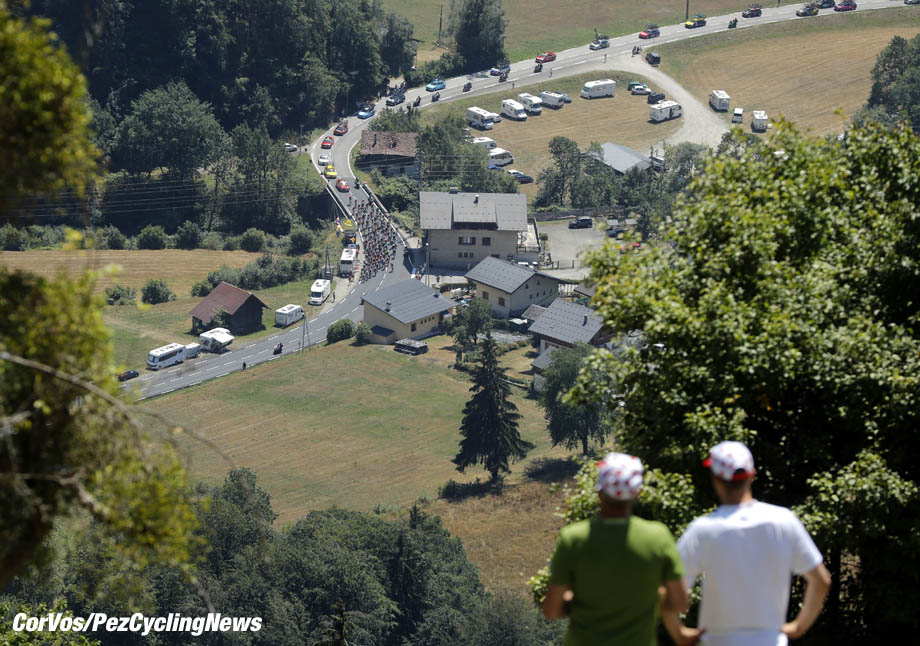 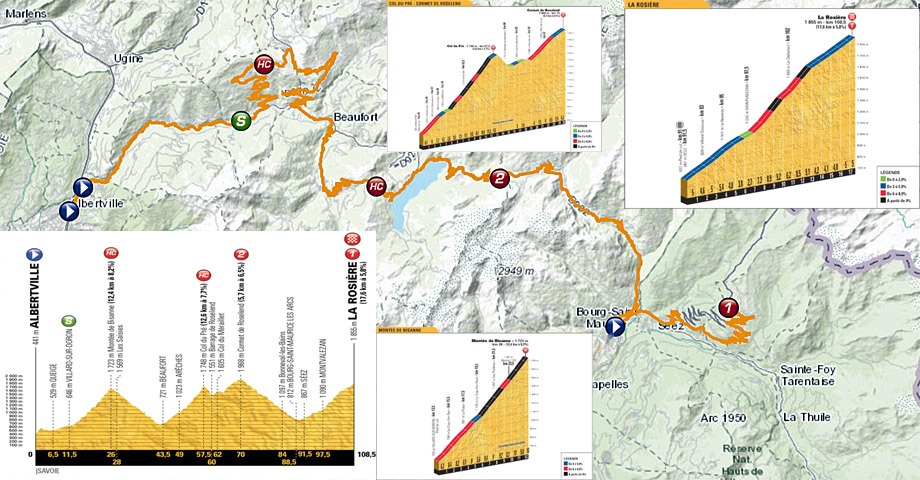 Four big climbs for the peloton to tackle on the short 108.5 kilometer stage 11 with the first summit finish of the 2018 Tour. Two HC Cat climbs open the day; the Montéé de Bisanne and the Col du Pré, they are followed by the Cat 2 Cormet de Roselend. The summit finish in on La Rosière, 17.6 kilometers long with two sections of over 9%, climbing from 837 meters to 1,855 meters altitude. 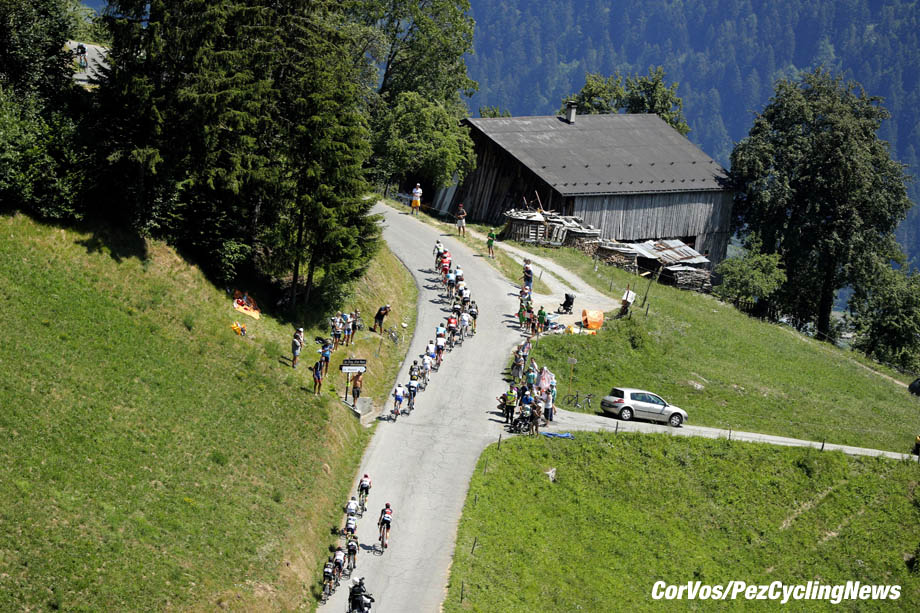 Peter Sagan (Bora-Hansgrohe) rode away with Romain Sicard (Direct Energie), Damiano Caruso (BMC), Tejay van Garderen (BMC), Warren Barguil (Fortuneo-Samsic) and Dani Navarro (Cofidis) to win the intermediate sprint at Villard-sur-Doron. The green jersey holder was first to drop back to the peloton while several counter attacks took shape. 20 riders formed the front group at this point on the hors-category Montée de Bisanne where Alaphilippe extended his lead in the KOM competition. 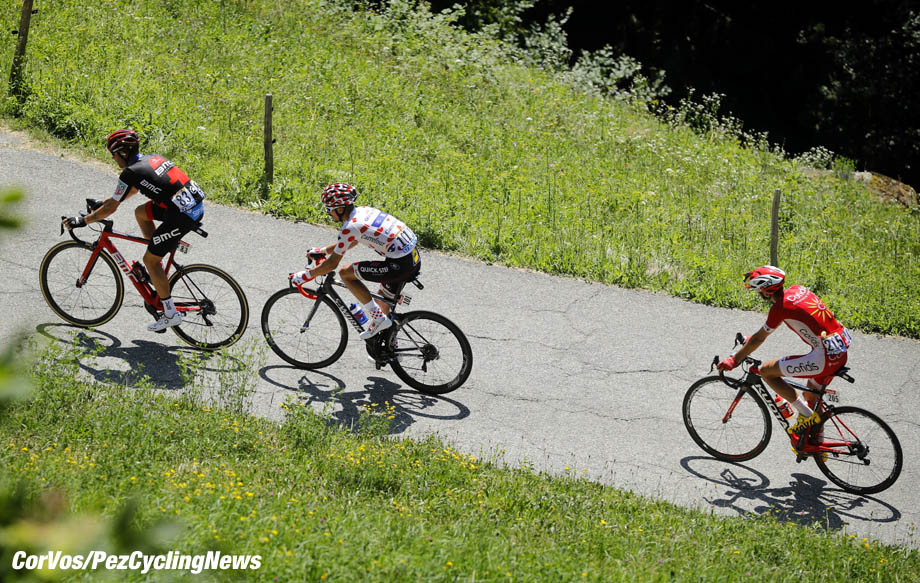 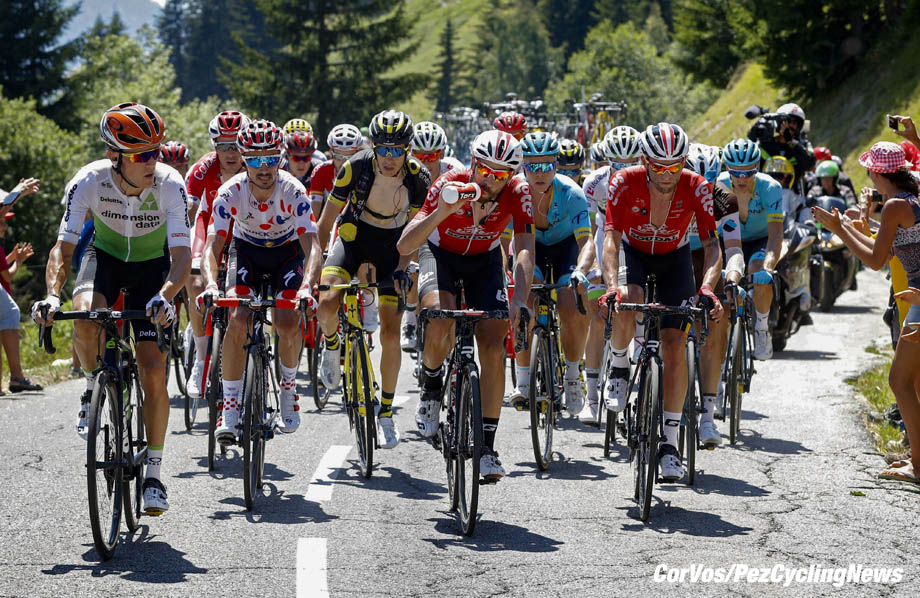 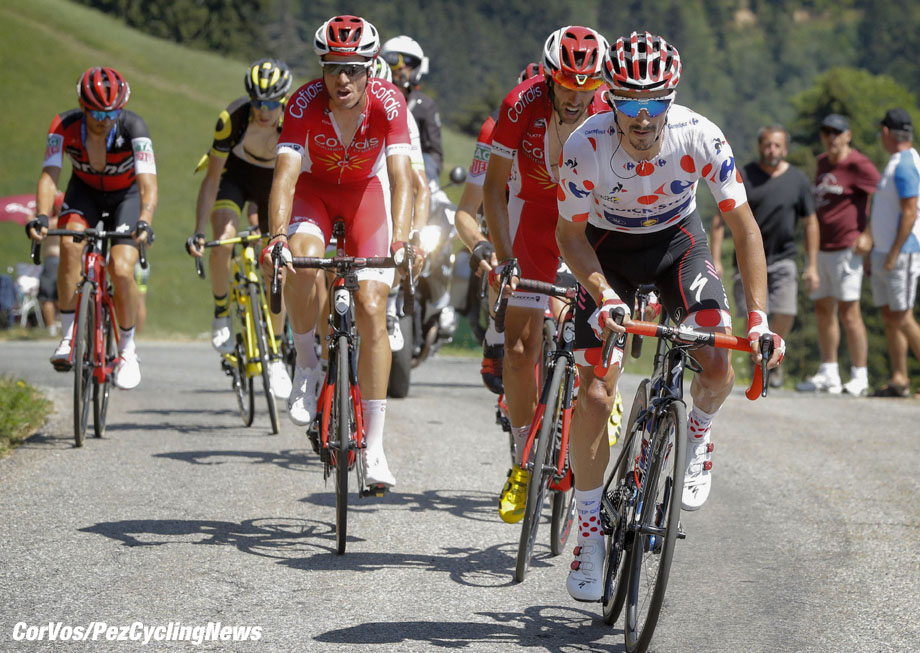 Team Sky ruled the peloton until Alejandro Valverde (Movistar) launched an attack 5 kilometers before the top of the Col du Pré where defending King of the Mountains Barguil took 20 points in his quest for a second polka dot jersey. 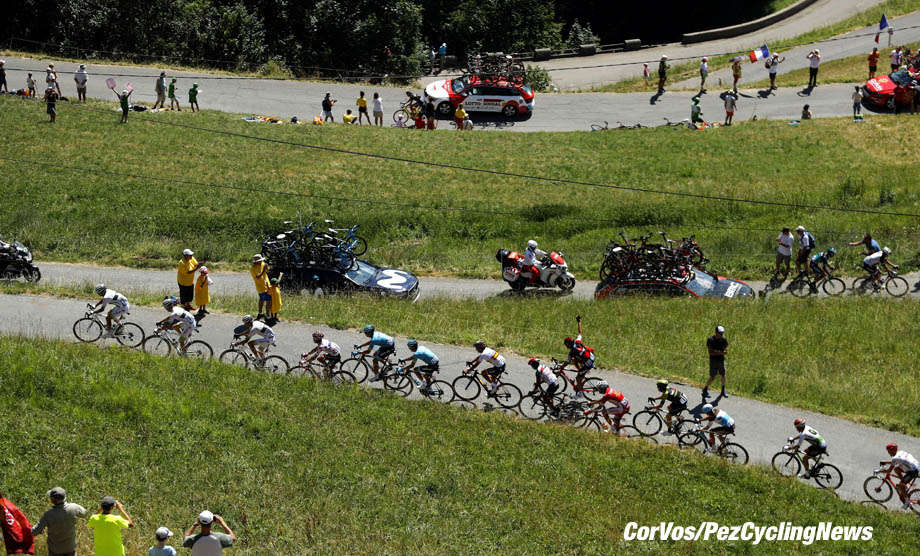 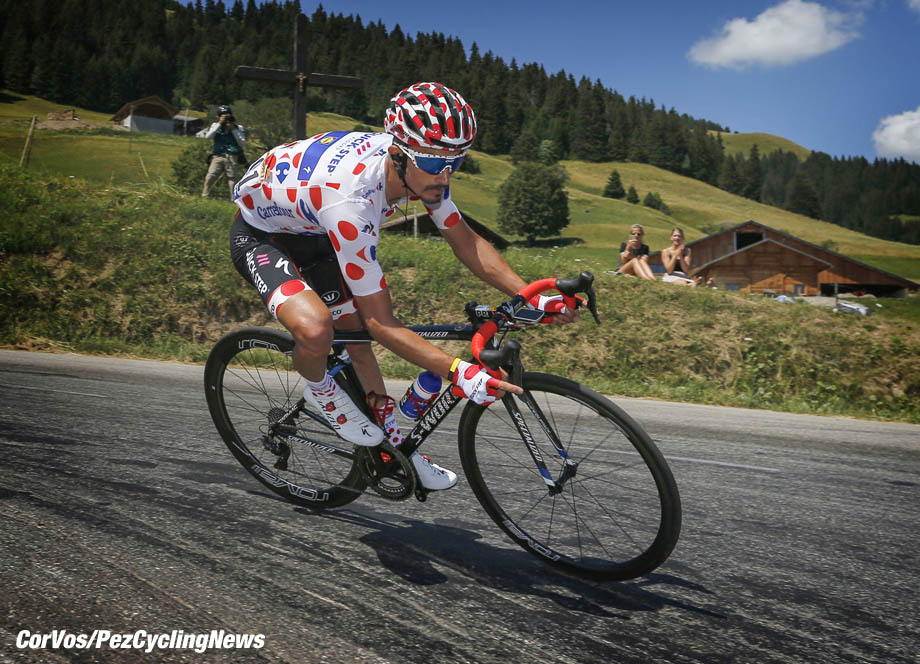 Alaphilippe paid for his efforts of the first Alpine stage and was brought back by the pack. Greg Van Avermaet (BMC) who has been the race leader for eight days stopped fighting for his position on GC on the ascent to Col du Pré. Serge Pauwels (Dimension Data), Valverde and Geraint Thomas (Sky) were fighting for the virtual yellow jersey. 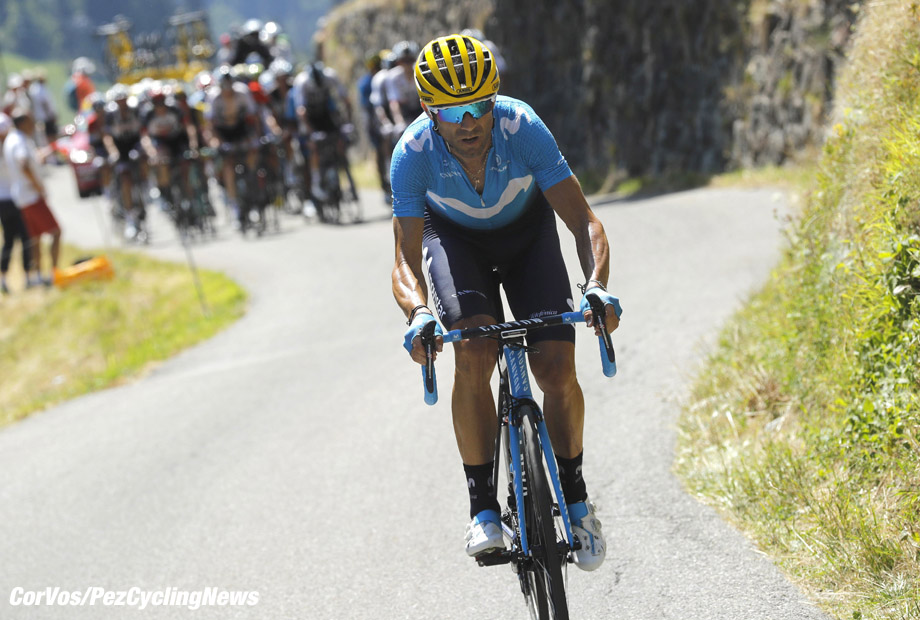 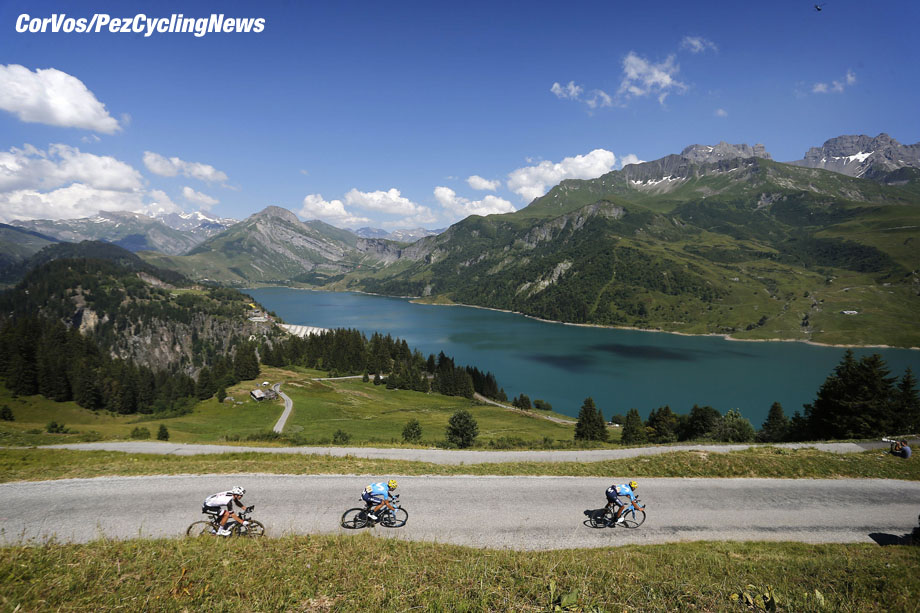 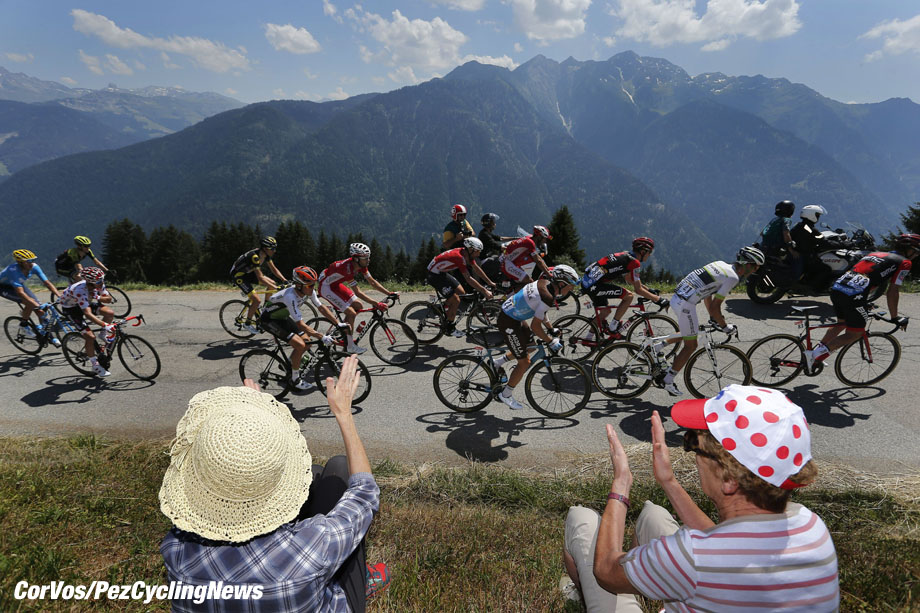 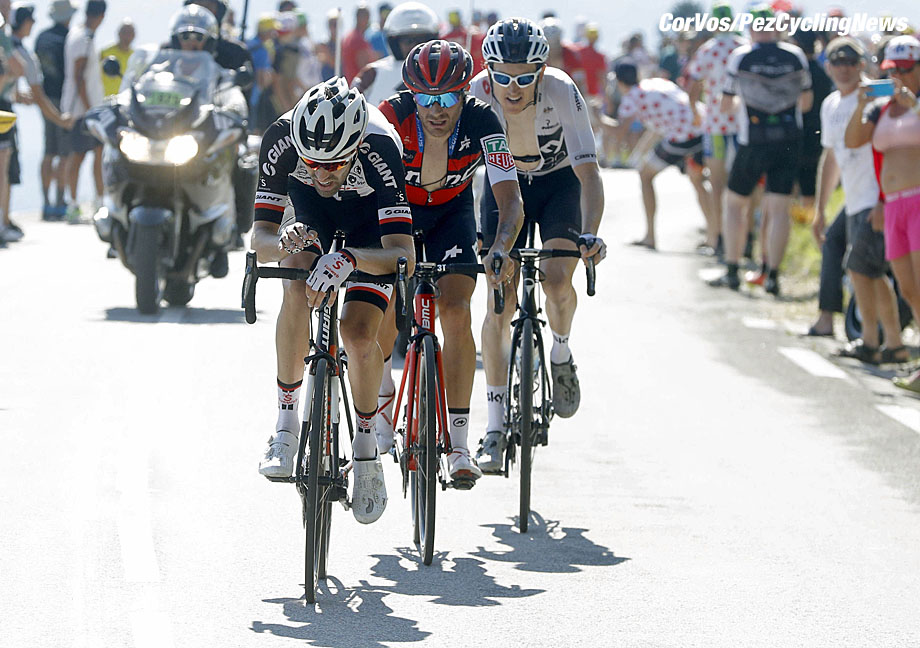 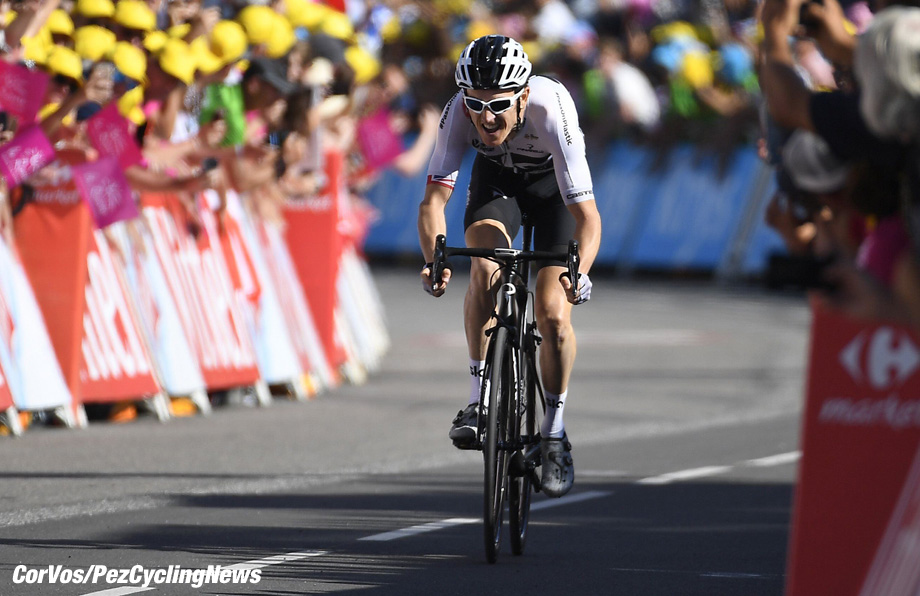 Nieve went solo 9 kilometers before the finish. Only in the last kilometer, he was passed by Thomas who had attacked from the main group to catch Dumoulin. The Welshman took his first non time trial stage of the Tour de France ahead of Dumoulin and Froome who sits in second place overall 1:25 down on his team-mate. 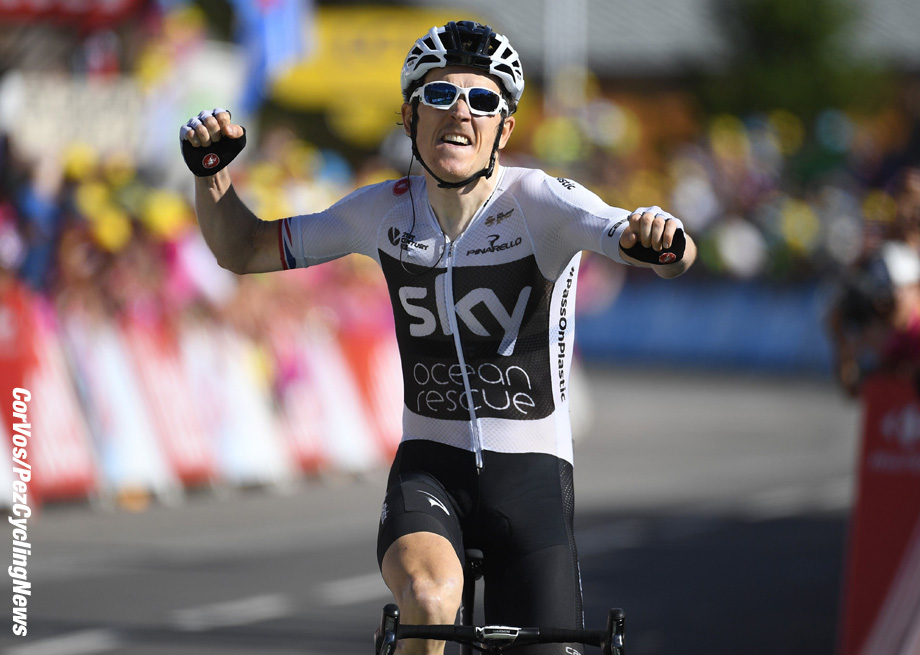 Stage 11 winner and overall leader, Geraint Thomas (Sky): “It’s unreal I didn’t expect it at all. We were low on numbers so it was more instinct [to attack] so we didn’t get caught having to ride – I saw a little gap. I committed to going across to Dumoulin and I was able to sit on of course, as Froome was coming across and I could see Frosty [Mikel Nieve] and he’s a good mate, it’s a shame you know, but I had to go for the win. I knew there was a good chance [of going into yellow] but I didn’t know how everyone else was going to ride. Wearing the yellow jersey is a massive honor. I managed to do it last year and to do it two years in a row is really nice. We were expecting attacks and when they go, it’s never nice to see them going away but we had confidence in each other and rode really well.” 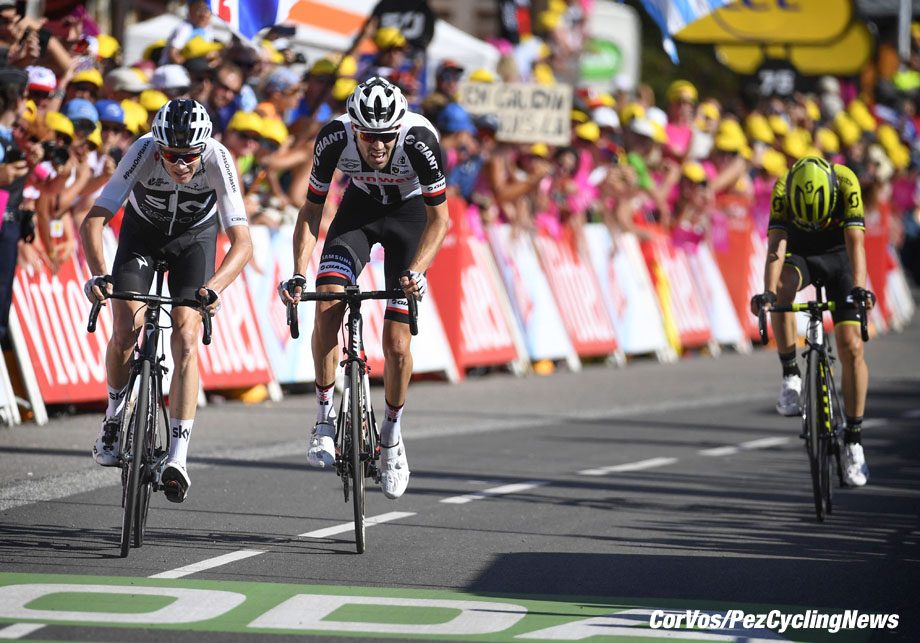 Riding The French Alps With ErgVideo