TOUR BREAKDOWN: The 2021 Tour de France has started with a bang. The organizers pulled no punches for the opening weekend, which saw multiple high-speed crashes, explosive uphill finishes, and some fairly significant GC gaps. 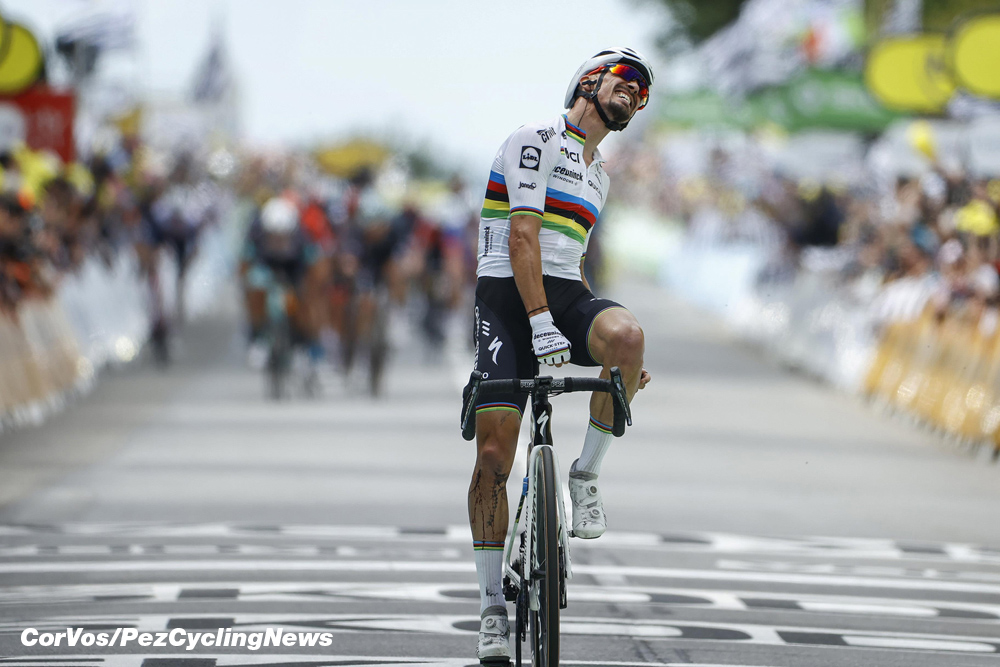 A stunning first stage win for the World champion

After Julian Alaphilippe schooled him on en route to an impressive long-range solo victory on the uphill finish on the opening day, Mathieu van der Poel, racing in his Tour debut, responded in kind by winning on stage 2 with a powerful attack on the brutally steep Mûr-de-Bretagne. Due to some deft racing on the first ascent of the Mûr, Van der Poel took enough bonus seconds to take the Yellow Jersey from Alaphilippe, which held extra significance for Van der Poel, since his recently deceased grandfather, Raymond Poulidor, one of the best French riders of all time, never wore the jersey despite finishing on the Tour podium on six occasions. 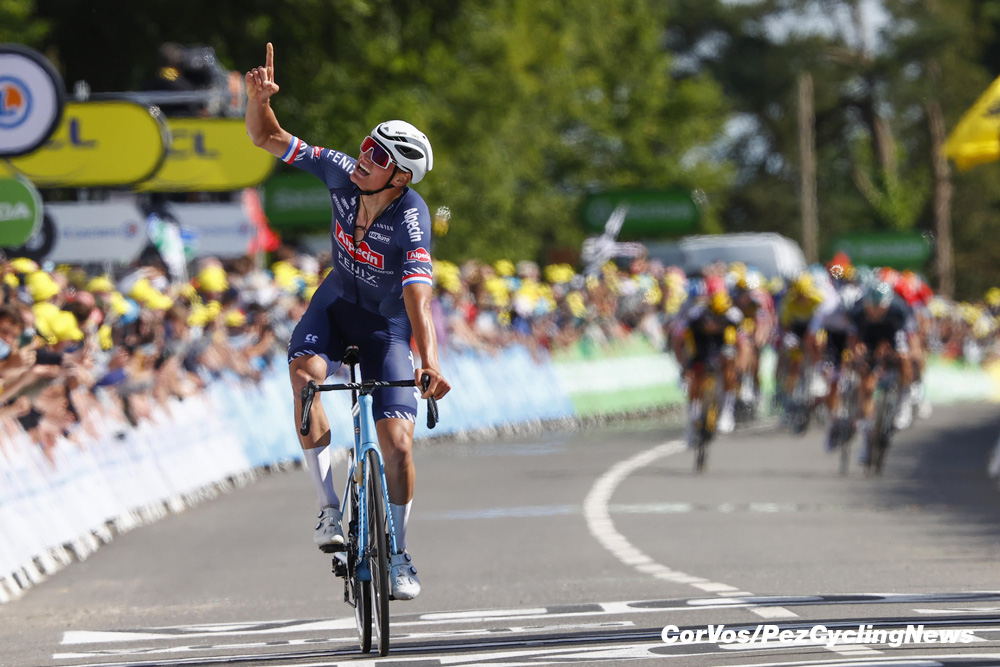 In the fight for the GC, the two strong Slovenians, Tadej Pogačar and Primož Roglič, have already proved themselves to be a cut above the others and already possess somewhat significant leads over the third-best GC rider due to their ability to grab time bonuses via podium finishes in the explosive sprints. While they have both appeared strong enough to potentially contend for the win on both days, their extreme preoccupation with each other means neither is willing to play their cards just yet. 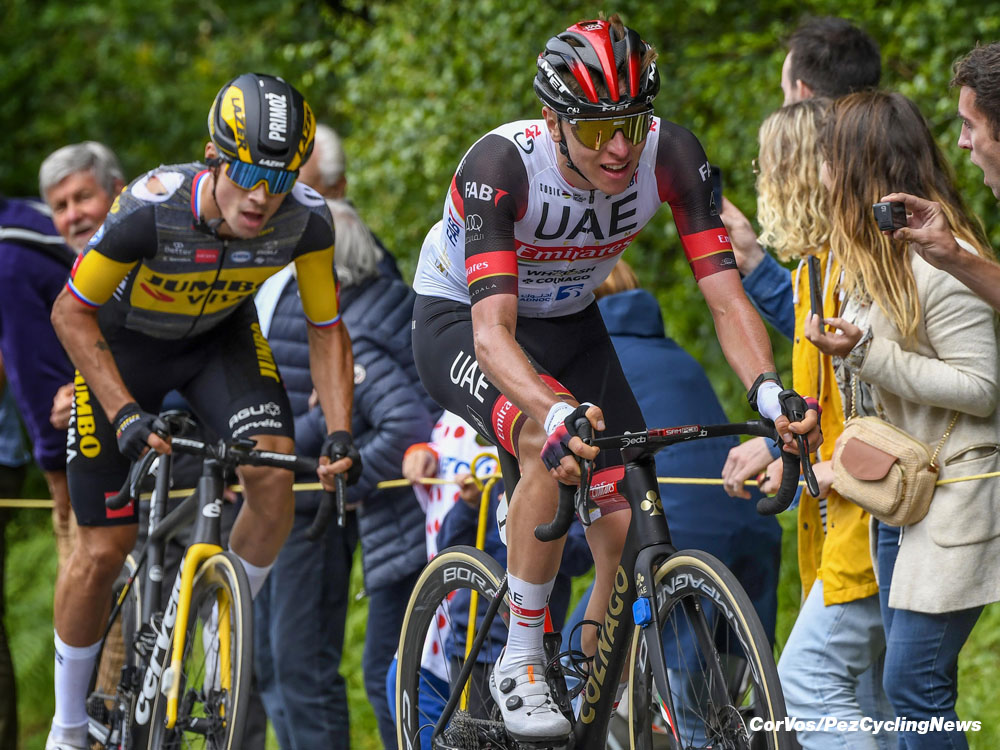 Pogačar and Roglič are well to the fore 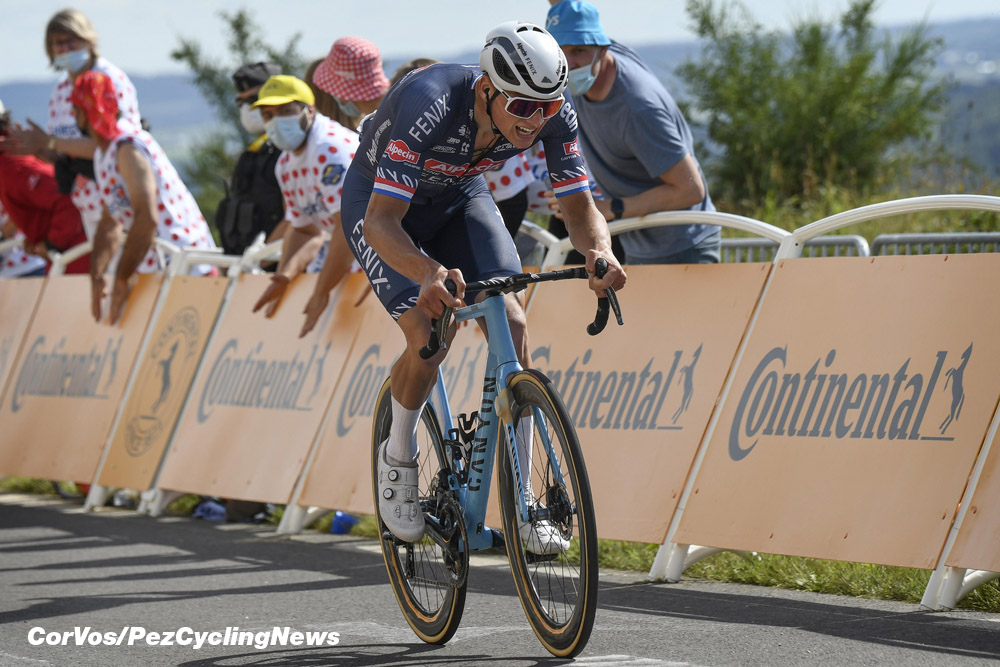 Stage Wins
Both stage wins came from incredible individual performances from Alaphilippe on stage 1 and Van der Poel on stage 2. Strangely, both winners have appeared both unstoppable and extremely fallible over the course of a single weekend. 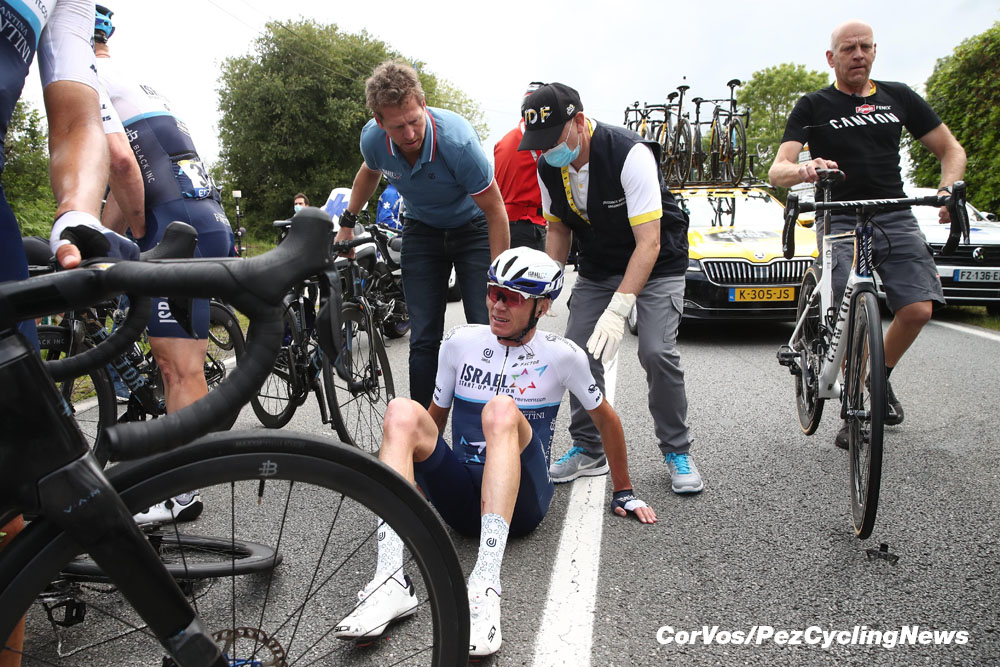 The Tour hasn’t been great for Chris Froome so far

The Winners
Roglič and Pogačar are clearly on another level than every other GC contender. They simply don’t care about any other riders and potentially could have caught Van der Poel if they would have worked together. They appeared to pull back a significant amount of time in the final few hundred meters, but, with each one so worried about each other that neither wanted to expose themselves.

The difference in Roglič and Jumbo’s strategy from 2020 is stark. While Jumbo took control of the race from stage 1 and Roglič went all-out to win the early uphill finish on stage 4, he is riding a shockingly reserved race so far in 2021. He has been glued to Pogačar’s wheel, not his own teammates, at every critical moment of the race, and appears to be happy to ride Pogacar to a draw on the road stages while waiting to take time in the time trials. 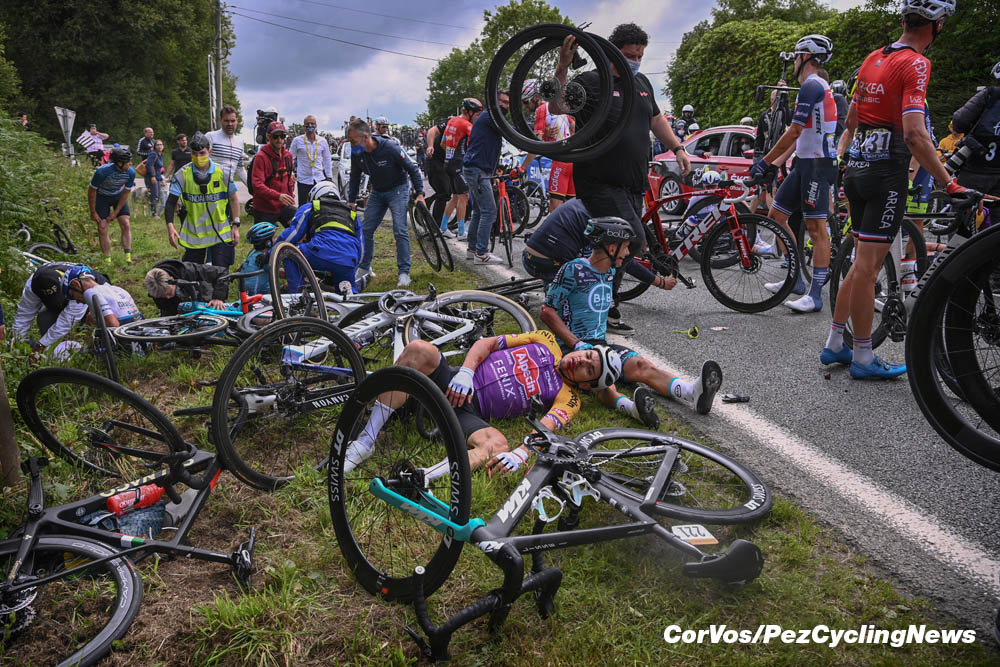 There were many losers on stage 1

Oddly, Jumbo’s weakness could actually hurt Pogacar more than Roglič. As I pointed out in the race notebook, Pogačar’s UAE team has left something to be desired so far. While Pogačar could simply use Jumbo’s train to set him up for attacks in 2020, he has been forced to surf wheels and make big energy investments anytime he has wanted to move up in the pack. This will add up as the race goes on.

The flaws in Ineos’s strategy and cracks in Thomas’s form are starting to show. Ineos entered the race with four possible leaders but were down to two by the end of the first stage and now don’t have a single rider within 10-seconds of either Roglič or Pogačar.

After Thomas finished ahead of Carapaz on Saturday, he lost 23-seconds to the stage winner Van der Poel on Sunday while Carapaz finished only 2-seconds behind Roglič/Pogačar. Now, the difficult ego balancing act begins.

Also, we continue to see just how important time bonuses can be. Geraint Thomas has only lost 17-seconds on the road to Pogačar, but currently sits 28-seconds back after only two stages due to his inability to compete in the bonus sprints. 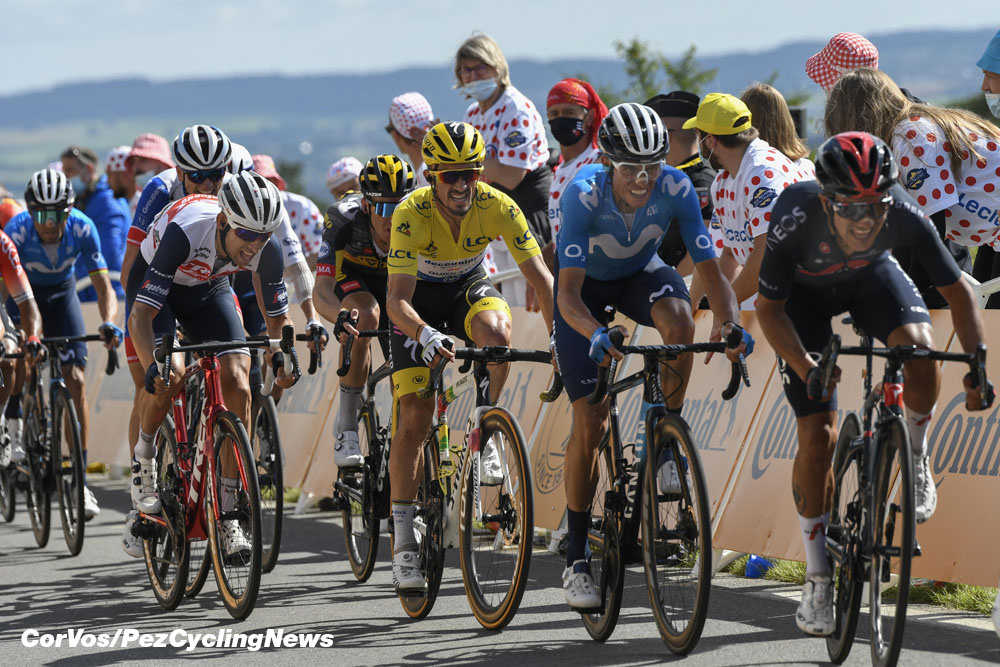 The Fight for Green

Michael Matthews had a tough day at both the intermediate sprint point and on the final climb, but the Australian is quietly putting together a promising Green Jersey campaign. He is currently sitting in third place behind Van der Poel and Alaphilippe, but with Van der Poel planning to leave the race early, and Alaphilippe sure to miss out in the bunch sprints, Matthews could emerge as the biggest challenger to Ewan and Sagan.

Speaking of which, Sagan has looked surprisingly subpar so far this Tour and I’m starting to doubt if he can mount a serious Green jersey campaign. On the flip side, Sagan tends to thrive later in the race when the others like Ewan and Matthews start to struggle. 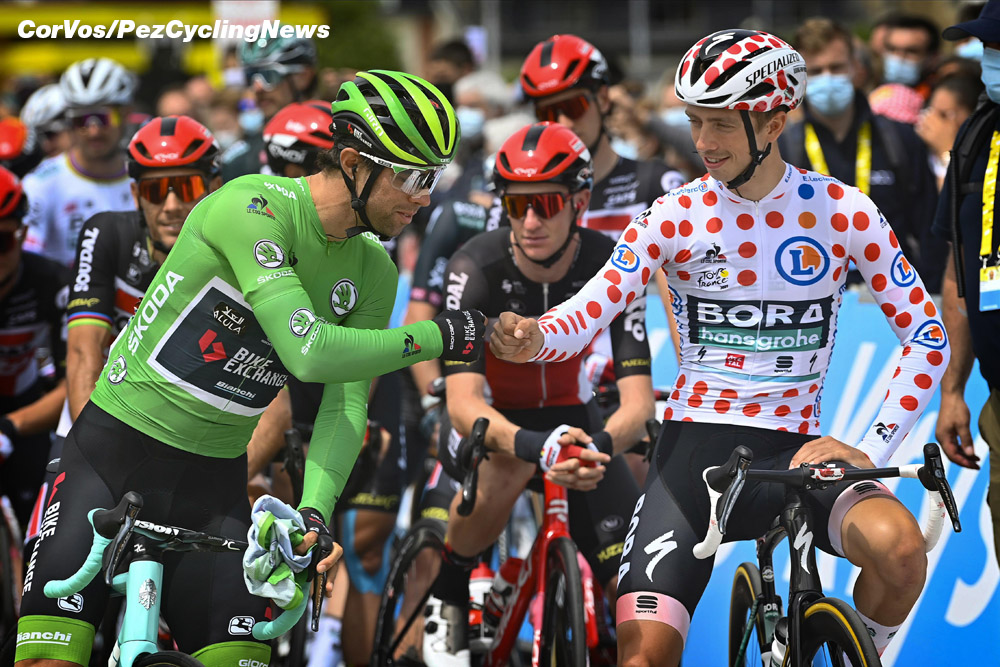