American Travis McCabe of the Holowesko | Citadel Racing Team presented by Hincapie Sportswear edged out his competitors in the chaotic bunch sprint to win Stage 4 presented by UnitedHealthcare at the Larry H. Miller Tour of Utah. McCabe scored one of the biggest wins of his career in a time of three hours and 23 minutes in the township of Kearns, known for fast finishes in speed skating at the Utah Olympic Oval. A bike length separated McCabe from runner-up Kiel Reijnen (USA) of Trek-Segafredo and third-place finisher Sebastian Lucas Haedo (Argentina) of Team Jamis. 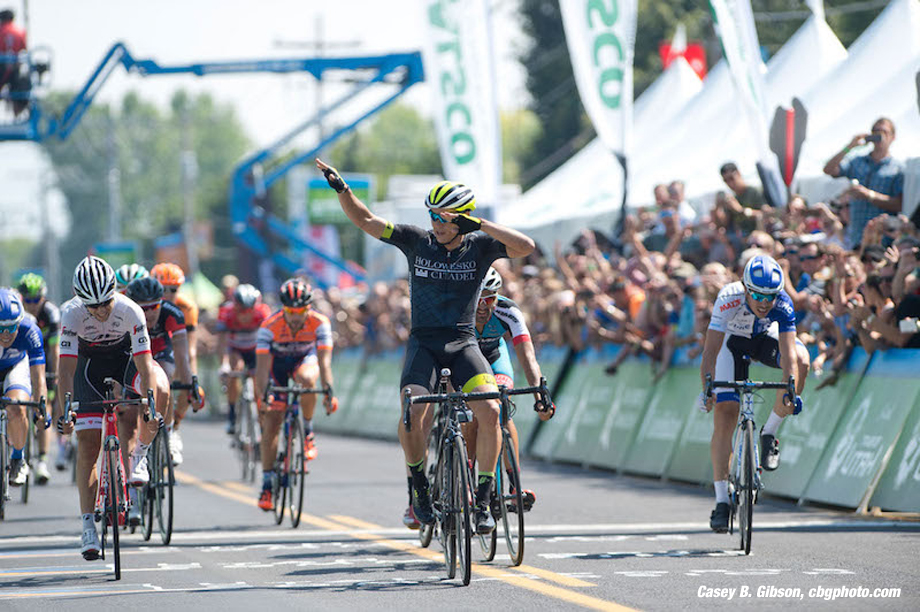 “We just waited patiently. It was a pretty hectic finish coming into the final at 70-kilometers an hour, and it was a pretty choppy wind. It was pretty much a patience game. I stayed in good position, but not too (far) forward,” said McCabe, who finished third on Stage 2 presented by America First Credit Union on Tuesday.

It is the second stage win for the Holowesko l Citadel team, as teammate Robin Carpenter (USA) won Stage 2 in Torrey. “This past week has been great for us. The Stage 2 third place was a validation that I had the legs. I was pretty confident coming into the last 500 meters.”

Australian Lachlan Morton of Jelly Belly presented by MAXXIS Cycling Team finished safely in the bunch and retained the Larry H. Miller Group of Companies Overall Leader jersey. With little change in the overall standings, Morton continues to hold a seven-second lead over Adrien Costa (USA) of Axeon Hagens Berman and a nine-second margin on Andrew Talansky (USA) of Cannondale-Drapac Pro Cycling. The time bonus for second place moved Reijnen into the top 10 in the general classification.

“It’s always good to be on the podium, but when the guys work hard for you, you want to win. We’ve got another shot tomorrow,” commented Reijnen, who won Stage 1 at the 2015 Tour of Utah. “I did not get the stage win, lost the points jersey and the fan favorite all to one guy. What are you gonna do?”

The start of Stage 4 presented by UnitedHealthcare began on the corporate campus of IM Flash in Lehi. The 95.7-mile (154 km) route featured two Utah Sports Commission Sprint lines along the 28-mile stretch of the Mountain View Corridor (MVC) in the foothills of the Oquirrh Mountains. Four riders were left off the front by the last of the two and a half laps of the MVC freeway, but their four-minute lead eventually went down to 20 seconds with 12 miles to go.

Fans were treated to an action-packed finish along a four-mile circuit that finished adjacent to the Utah Olympic Oval, site of the long track speed skating events for the 2002 Olympic Winter Games. The last survivor of the break, American Matthew Busche of UnitedHealthcare Pro Cycling Team, put in a final solo attack, but it was fruitless. Busche was awarded the Larry H. Miller Dealerships Most Aggressive Rider jersey for his efforts.

Friday, Aug. 5, features Stage 5 presented by Zions Bank, with 115.6 miles (186 km) from Antelope Island State Park to Bountiful. It is a repeat road race from 2015, with short, but very steep climbs and four Utah Office of Tourism King of the Mountain climbs — North Ogden Divide, Trappers Loop and the two ascents of the Bountiful Bench. The start at Antelope Island State Park, which sits on the largest island in the Great Salt Lake, will begin with two three-mile circuits on the island before crossing the seven-mile causeway to the mainland. Sprint lines will be staged at Hooper, Eden and Bountiful. The two nine-mile circuits in Bountiful return this year, which include a difficult climb on 400 North along the Bountiful Bench. Festivities in downtown Bountiful will be on Main Street at Center Street for the finish, with the peloton rolling in a northbound direction. 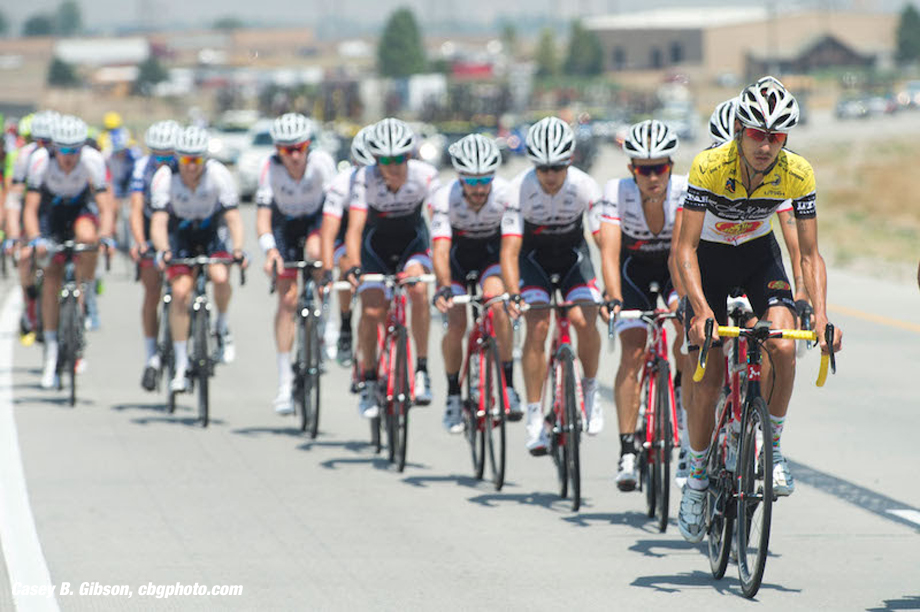 The Larry H. Miller Tour of Utah continues to be free to all spectators. It is the first internationally-sanctioned cycling competition in North America following the Tour de France. More information about the Tour of Utah, the host venues and the teams can be found by visiting www.tourofutah.com, as well as social channels Facebook (tourofutah), Twitter (@tourofutah, #TOU16), Instagram (thetourofutah), and YouTube (tourofutah).

Book Review: Spitting in the Soup

Tim Wellens analyses the Course of the Olympic Road Race