Tour of Utah Final Stage 7: PEZ photographer, Darrell Parks, is home now and sifting through his thousands of top pics. We catch up with the final stage 7 action from Salt Lake City and the overall win by Rally Cycling and Canada’s Robert Britton. 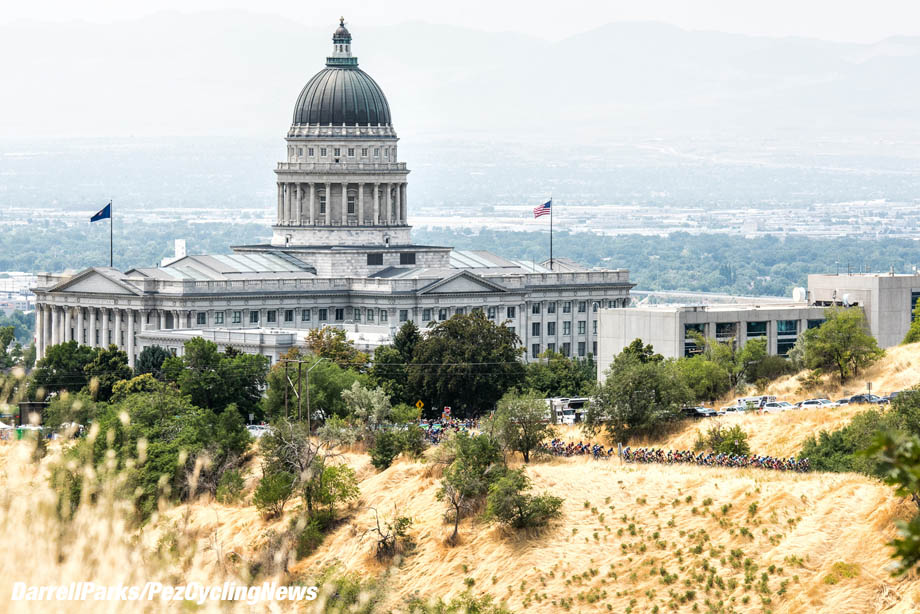 The State Capitol Building. The 116 kilometer final stage 7 in Salt Lake City saw the Tour of Utah riders race 11 laps of a hilly 10.8 kilometer circuit. From the first lap there were many attacks and the front of the race changed many times. 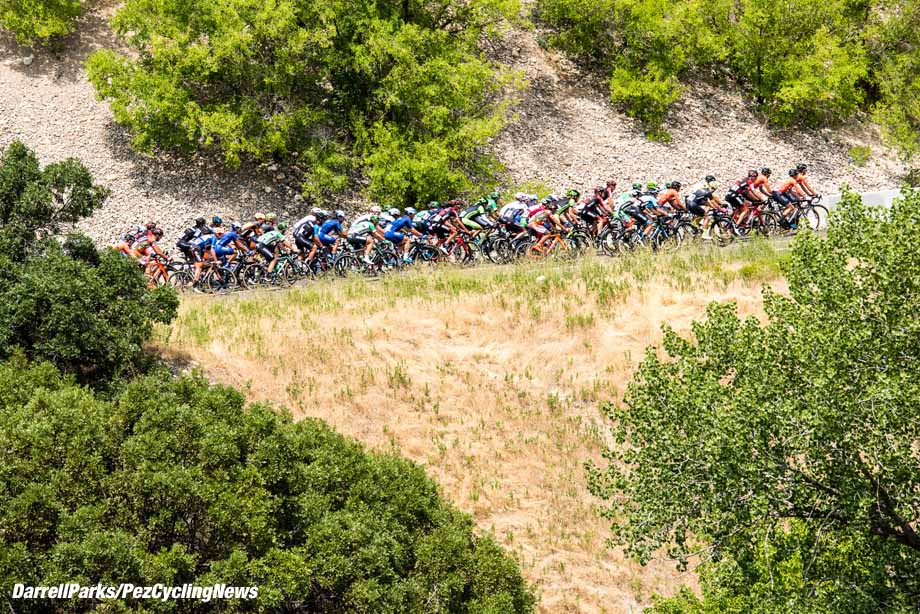 The final stage had a tough climb which split and re-split the peloton. 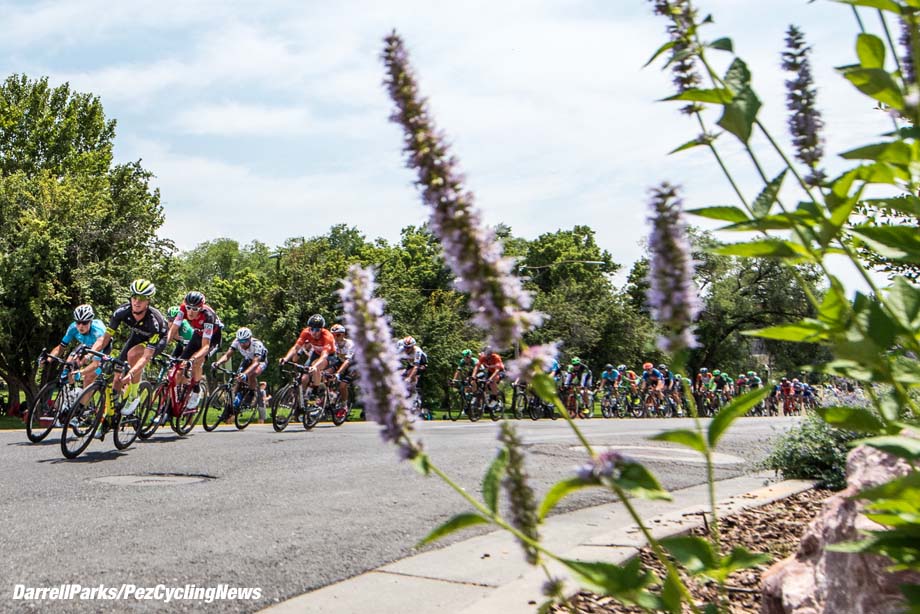 Heading into the final day through the streets of Salt Lake City, the Rally Cycling team once again controlled the pace and kept overall leader Rob Britton near the front of the peloton and out danger. 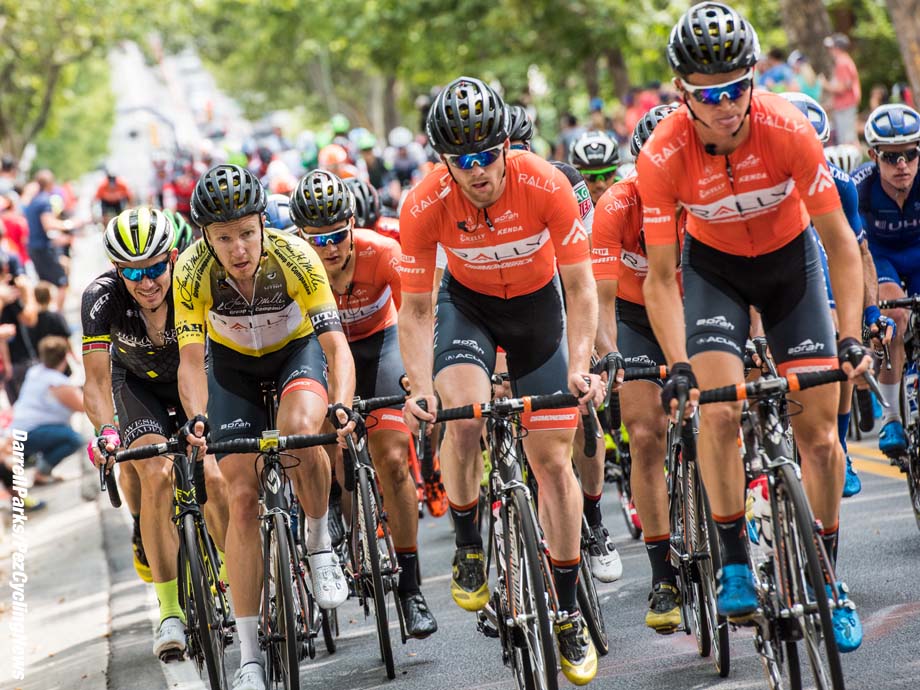 Rally Cycling were not going to allow UnitedHealthcare’s Gavin Mannion to gain the 26 seconds he needs to take the overall lead. Mannion did take 4 seconds back, but that all he could get. 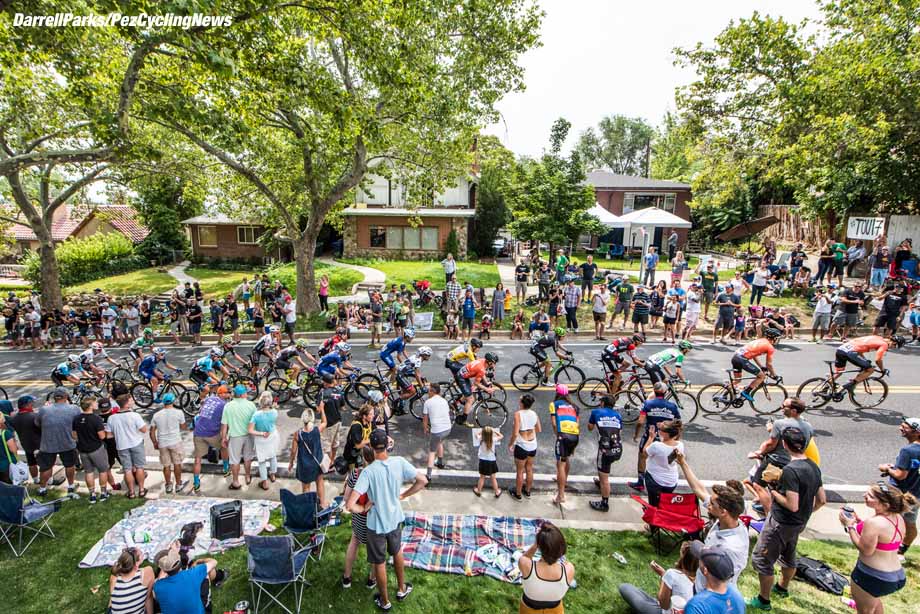 Party time in the shade of the trees on State Street Hill. 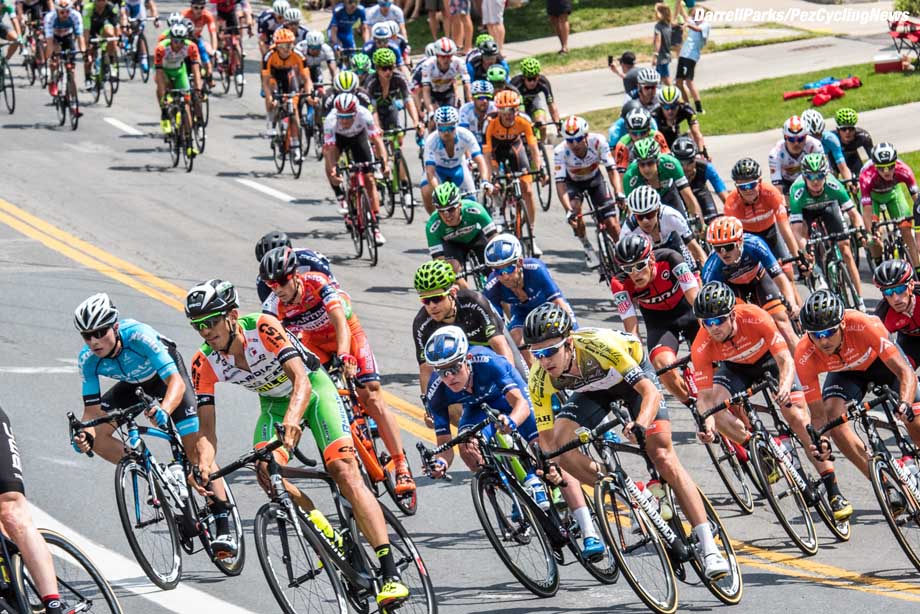 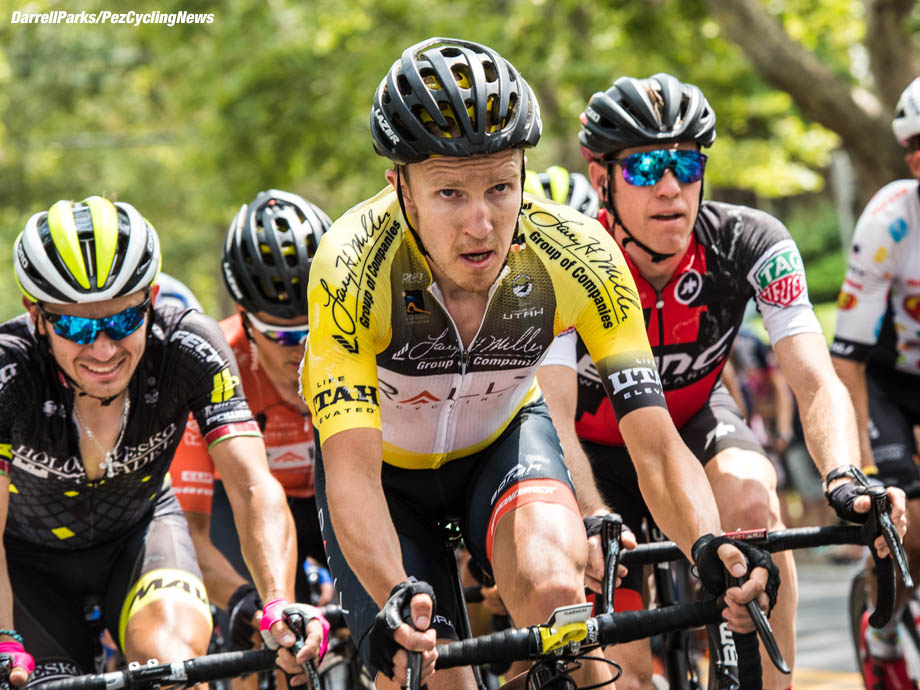 On the 3rd lap 18 riders managed to get up the road and gained about a minute on the peloton. The peloton controlled the escapees and thanks to the Nippo-Vini Fantini team, with the support of Bardiani-CSF and Rally cycling teams, the breakaway ended with 2 laps remaining. 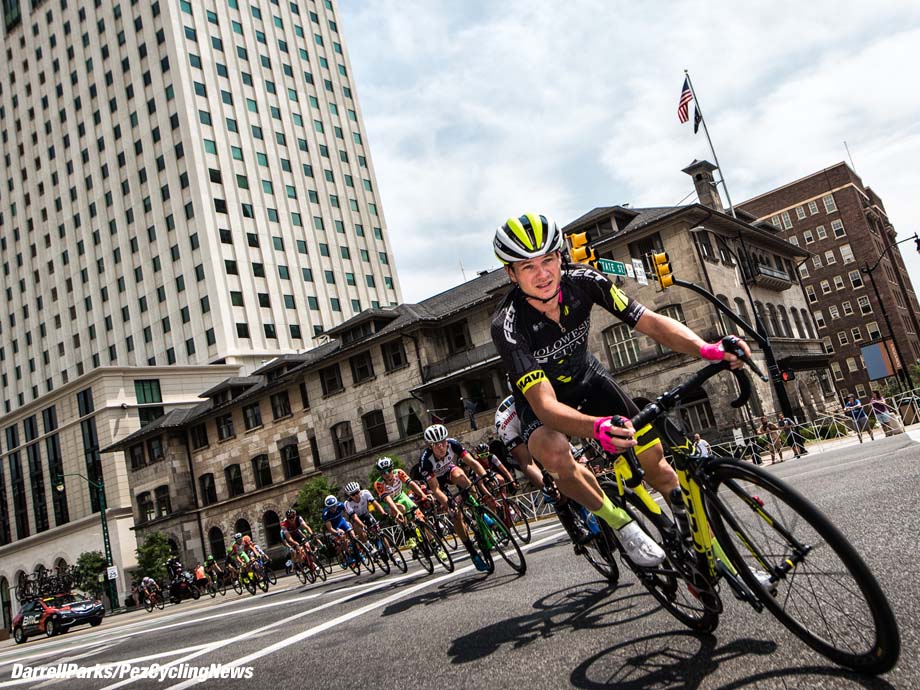 Rob Britton came home safely in sixth place to claim the biggest win of his career. 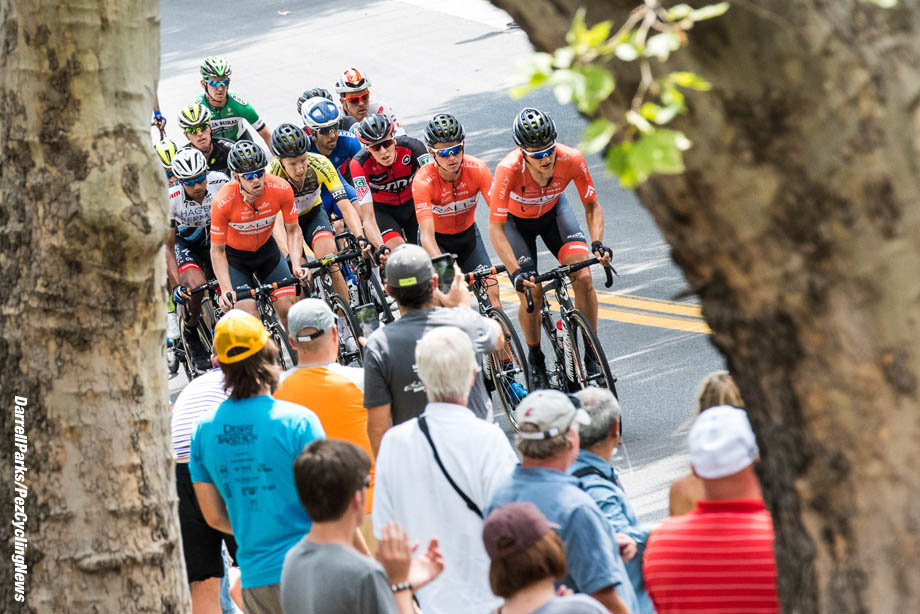 During the last kilometers of the stage Marco Canola (Nippo-Vini Fantini) was in a good position and at the end of the final climb he jumped early and held a second gap, enough to let him celebrate his victory. 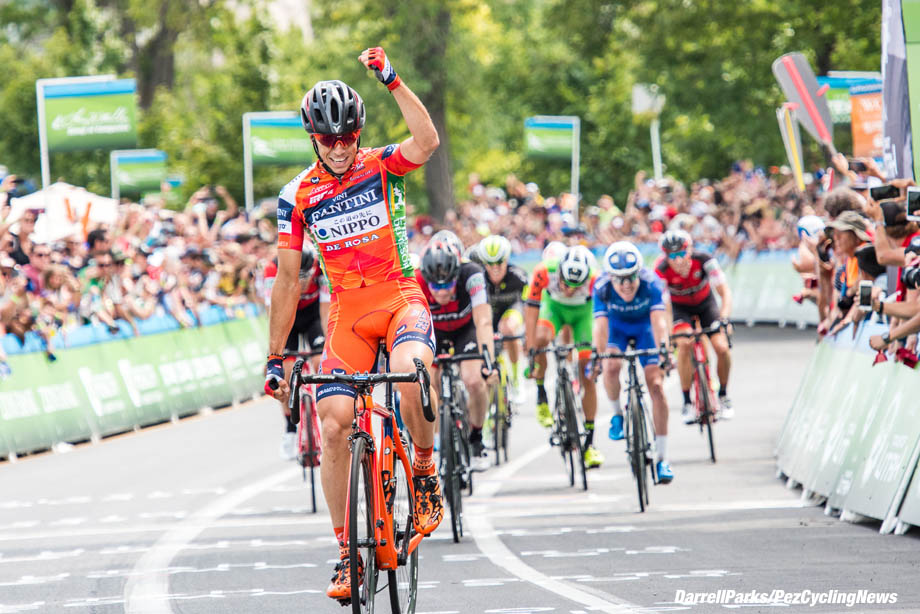 Stage 7 winner, Marco Canola (Nippo-Vini Fantini): “I’m really happy for this success and I want to dedicate it to my mum that celebrate the birthday in the next few days. I want to say thank to my teammates for the great work they did today to ensure that I arrived in the best condition at the final sprint. I saw my teammates fight to complete the original strategy and that was an important incentive to win the stage. The last lap was really fast but with the work of Giacomo Berlato I took the first position on the group. At the end of the final climb I took the wheel of a Caja Rural rider and at 300 meters to the finish line I saw the gap between us and the rest of the group, so I decided to sprint and take the second necessary for the victory. This success took away the regret for the 2nd place in the 5th stage and give me confidence looking forward the next stages in Colorado Classic.” 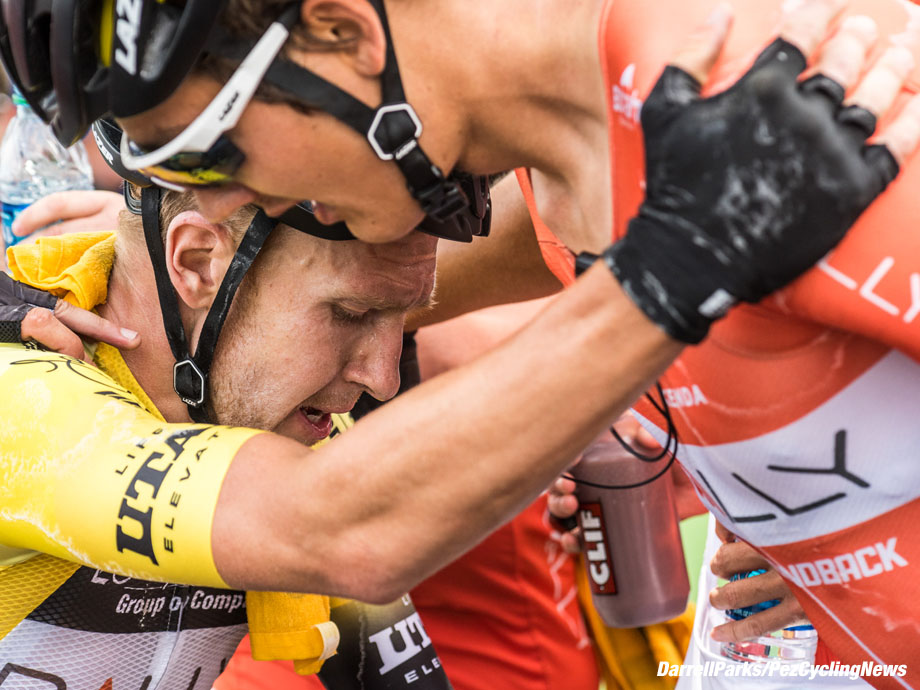 Resplendent in yellow and surrounded by the orange jerseys of Rally Cycling, Rob Britton crossed the finish line of stage 7 on Sunday afternoon in front of the State Capitol Building, to be crowned the winner of the 2017 Larry H. Miller Tour of Utah. The victory marks his first UCI 2.HC stage race title and is a career-defining moment for the Canadian from Regina, Saskatchewan. A true champion, Britton is known for his relentless work ethic, dedication and loyalty to teammates. 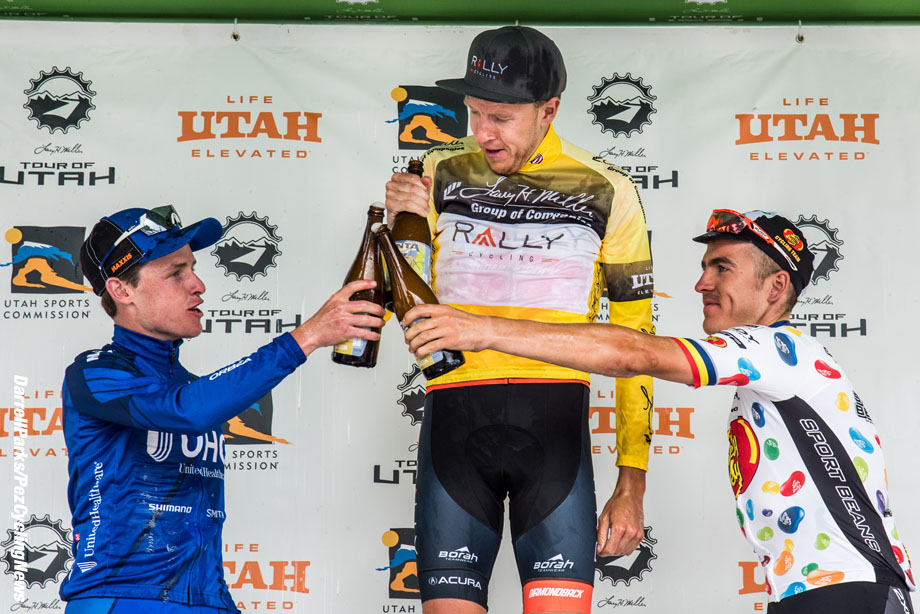 These characteristics are essential elements at the core of Rally Cycling and were on display in Utah as every member of the team sacrificed personal ambitions to defend the yellow jersey. 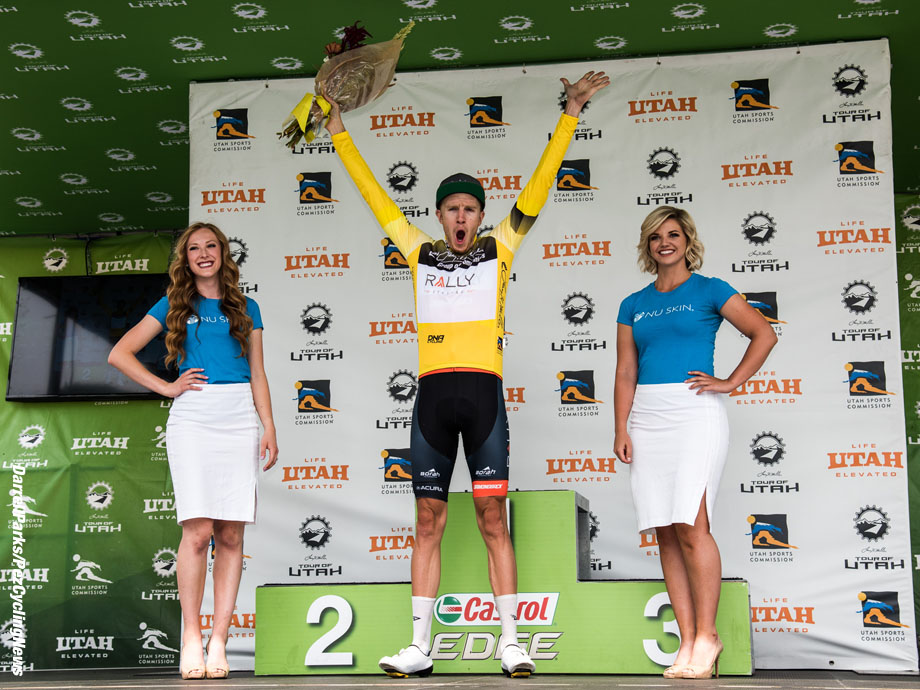 Final overall winner Rob Britton (Rally Cycling) said after the finish: “This win means the world to me, I have been working toward this my entire career. To pull off a win at the Tour of Utah is huge. I don’t know what I can say about the team; they were perfect. They never missed a beat and took care of me from day one. The team showed they are one of, if not the strongest, squads in North America. I just can’t thank them enough.” 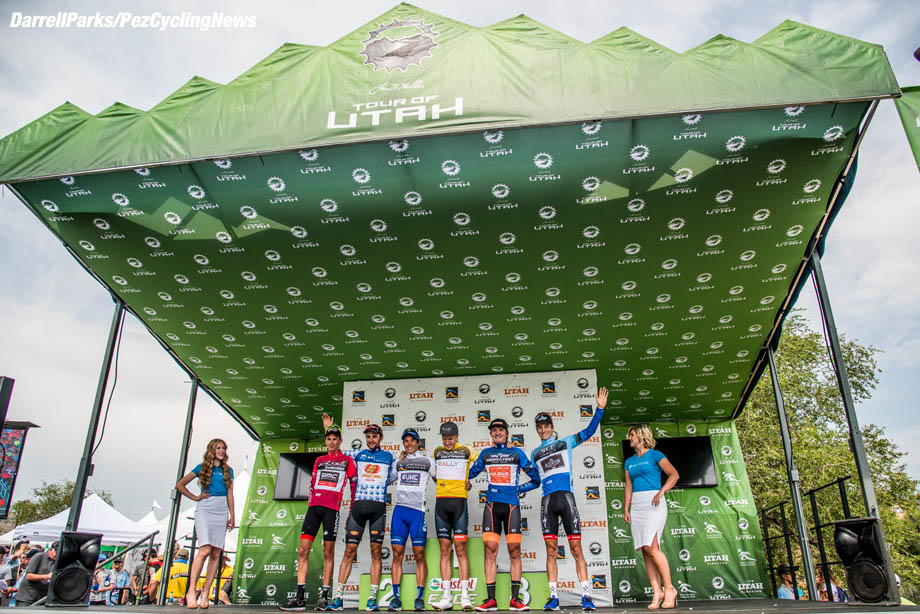 Sunday’s overall win at the 2.HC ranked Tour of Utah marks the biggest stage race victory in the Rally team’s 11 year history. With little respite however, the team will look to continue its most successful season to date next week, at the Colorado Classic.

# You can see more of Darrell Parks’ work at his web-site HERE. #