LAYTON, UTAH (Aug. 9, 2018) – American Travis McCabe of UnitedHealthcare Pro Cycling Team turned on the afterburners in a thrilling bunch sprint on Thursday to win Stage 3 presented by America First Credit Union at the Larry H. Miller Tour of Utah. McCabe scored his second victory in three days, and his fourth career stage win in Utah, with a time of 4 hours, and four minutes. 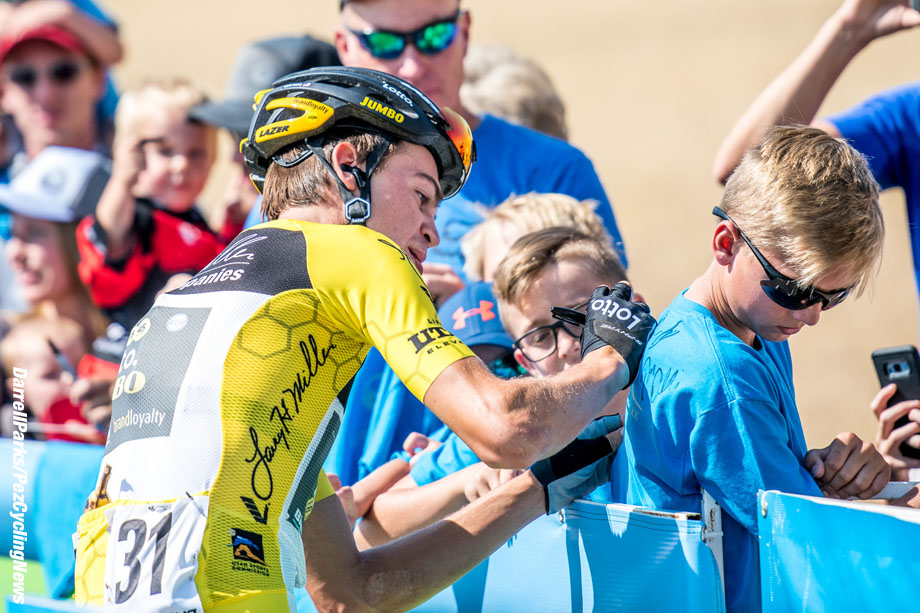 “It’s pretty awesome. It’s just a roar, you can’t hear the announcers,” McCabe said about the huge crowds at the finish line in Layton City, a second-time host venue. “It’s pretty chaotic in the end and you’re in the zone and focused on the moment that is happening. But you’re also trying to think where you’re going to start the sprint, which direction the wind is coming and then when you’re doing all that, you’re trying to talk to your teammates throughout too. You have that long stretch where you can’t hear anything. It’s pretty phenomenal. It’s fun.” 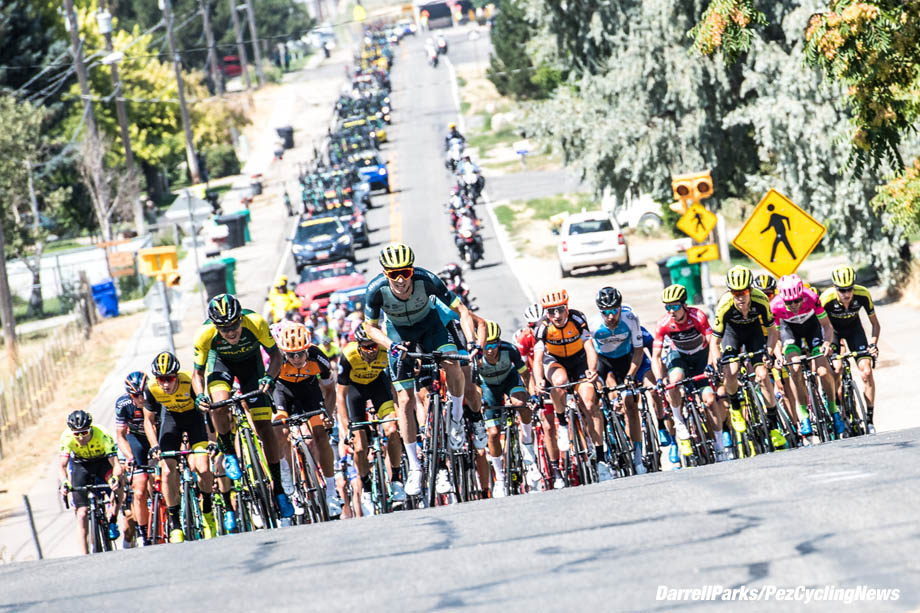 Enthusiastic fans were treated to an action-packed finish through Layton Commons Park for five finishing circuits. The final two remaining riders of the early breakaway, Rob Britton (CAN) of Rally Cycling and Jonny Clarke (AUS) of UnitedHealthcare Pro Cycling, were reeled in with only eight kilometers to go, leaving the sprinters to battle at the end of 116.8 miles of racing, the longest stage of the week.

“Team strategy paid off perfectly. We knew that it was going to be a long, hot day, so we didn’t want to take full responsibility overall,” explained McCabe. “Jonny did a great job and then he got away at the end with Rob, and again allowed us not to take charge until the last minute when we used Seba (Haedo) to put me in perfect position for the sprint. It was just a drag race between Jasper and I.” 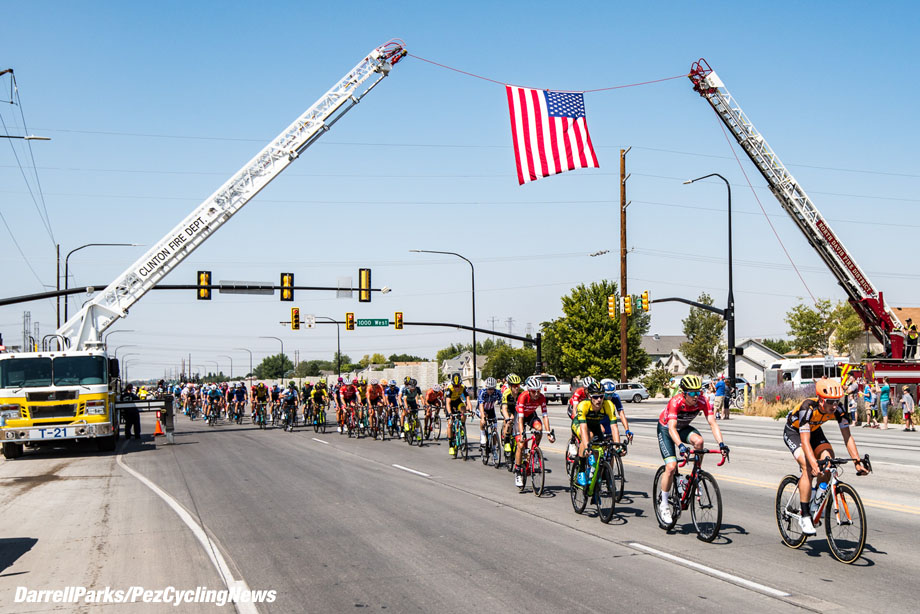 American Sepp Kuss of Team LottoNL-Jumbo finished safely in the bunch and retained the Larry H. Miller Group of Companies Overall Leader jersey. With little change in the overall standings, Kuss continued to hold a 19-second lead over teammate Neilson Powless (USA), and a 25-second margin over Tejay van Garderen (USA) of BMC Racing Team. Michael Woods (CAN) of EF Education First-Drapac presented by Cannondale moved from eighth to fourth overall. The balance of the G.C. Top 10 remained unchanged.

Stage 3 presented by America First Credit Union started at Antelope Island State Park, which sits on the largest island in the Great Salt Lake. Fast and furious racing highlighted the first hour before a breakaway of 10 escaped the 110-man field. Team LottoNL-Jumbo kept the escapees on a short leash, allowing only a maximum of a two-minute lead on the hot day. 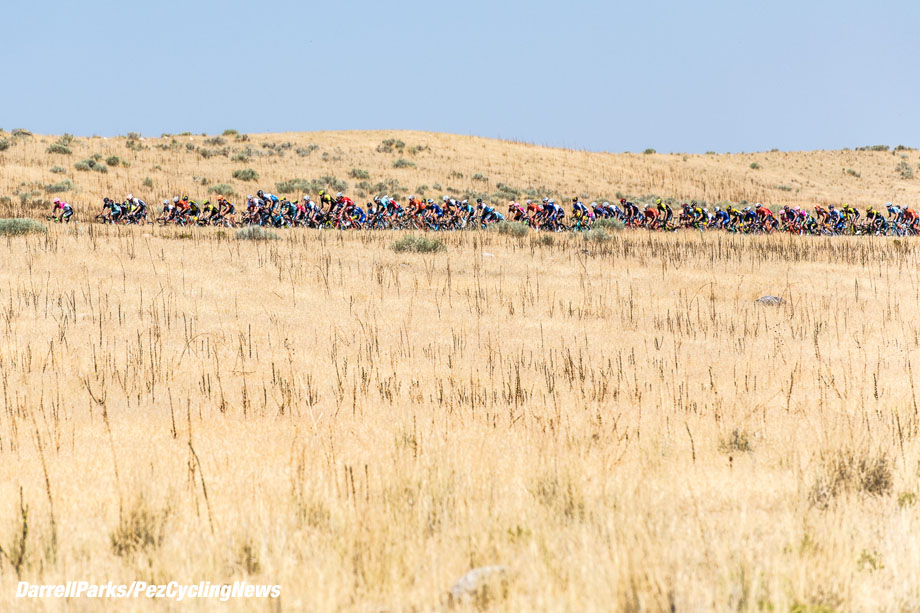 Defending champion Britton, the driving force in the breakaway, was awarded the Larry H. Miller Dealerships Most Aggressive Rider jersey. McCabe jumped out of the field to take first and second in two of the three intermediate sprints to retain his Utah Sports Commission Sprint jersey. Alex Howes (USA) of EF Education First-Drapac presented by Cannondale was voted America First Credit Union Fan Favorite, in the category of Best Sprinter. The Utah Office of Tourism King of the Mountain jersey stayed with Daan Olivier (NED) of Team LottoNL-Jumbo and his teammate Neilson Powless (USA) remained in the WCF Insurance Best Young Rider jersey.

Stage 4 presented by Zions Bank returns to downtown Salt Lake City on Friday, Aug. 10 with a modified course. The start/finish line has moved from Capitol Hill to North Main Street, with an amazing backdrop of the Salt Lake City skyline. The riders will tackle 10 laps of the 6.8-mile downtown course for a total of 68.4 miles (110.1 km) and 5,500 of elevation gain. It is the 11th year that Salt Lake City has served as a stage host, and a seventh time for a circuit course downtown. 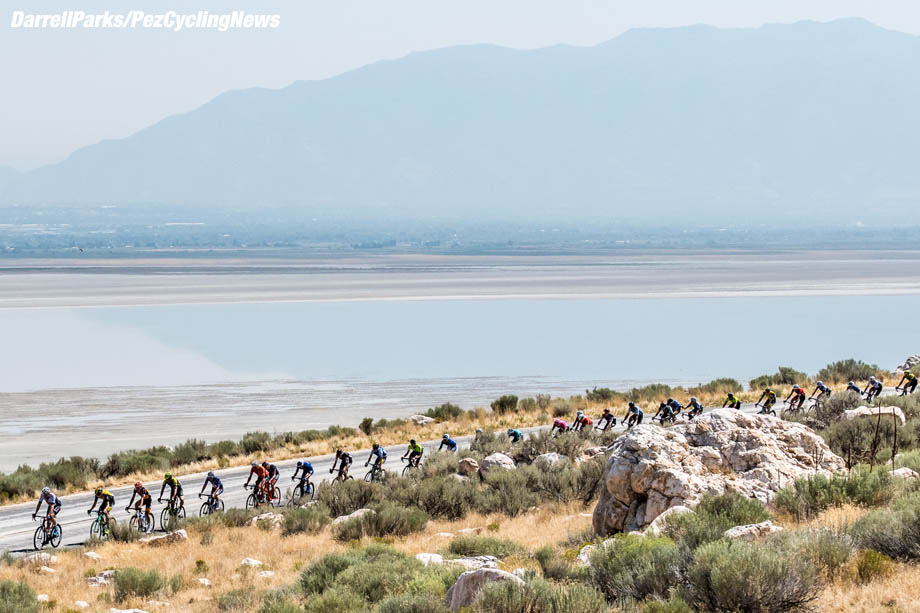 “It’s heavy course. It does wear on you,” Britton described the upcoming Stage 4. “I think you’re going to see a smaller group, a bunch kick almost certainly. It’s so fast on the last few laps that it all comes back together. I think you’ll probably see a similar Top Five finish that you saw today.” 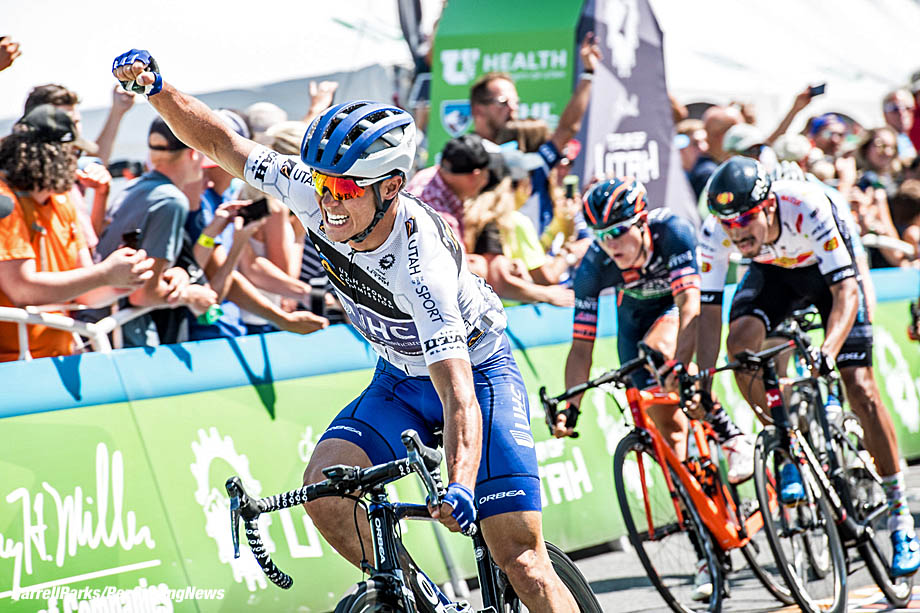