Race Report: Team Sky beat Movistar by a fraction of a second in the 28.7 kilometer team time trial stage 1 of the Vuelta a España in Castrel de Mino on Saturday and put Peter Kennaugh in to the first leader jersey. 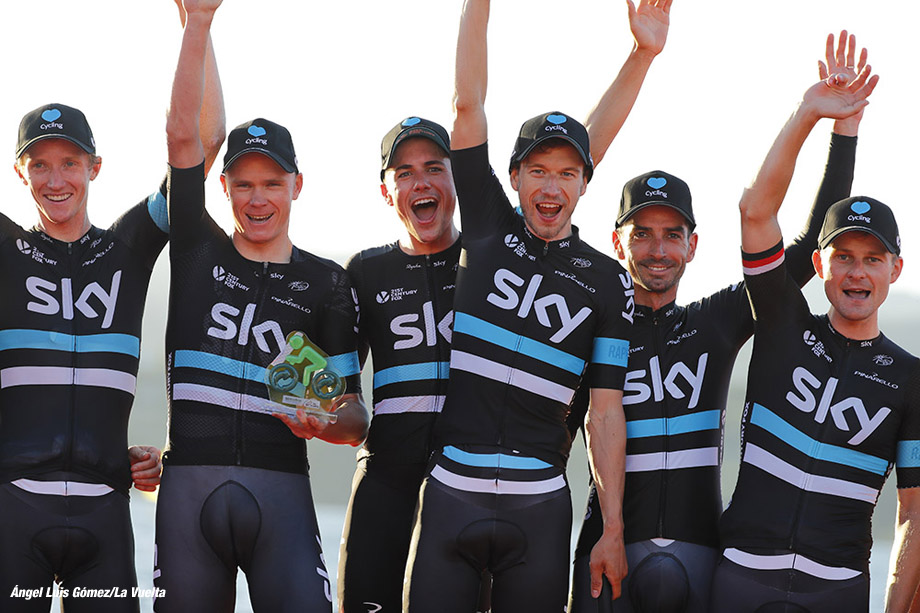 The opening stage was a close battle between Chris Froome’s Sky squad and Alejandro Valverde and Nairo Quintana’s Movistar team with Orica-BiekeExchange at only seconds. Possible loser of the day was Alberto Contador as his Tinkoff team lost 52 seconds to finish in the same time as Cannondale-Drapac in 9th place. 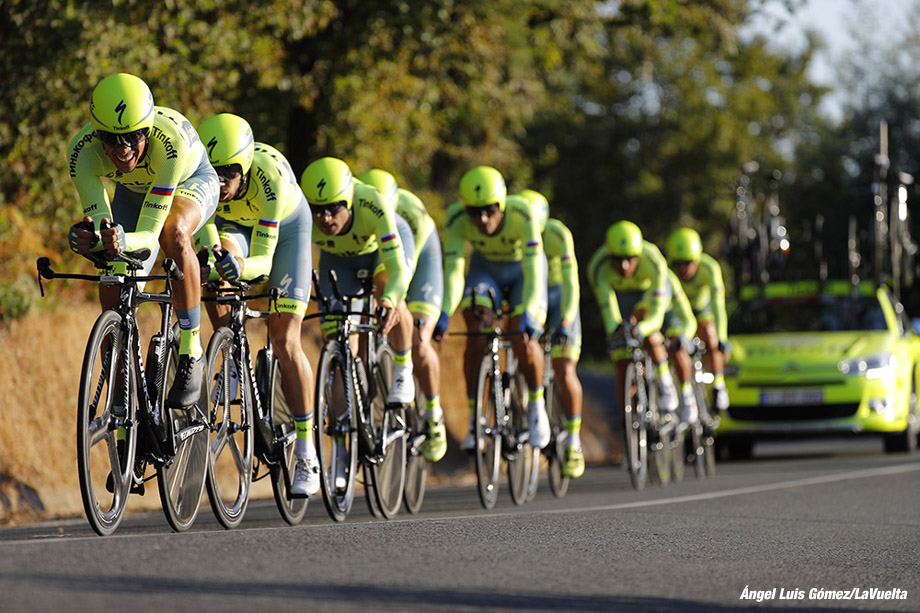 First team down the start ramp was Bora-Argon 18, launching the 2016 Vuelta, the ProContinental team set the benchmark time of 31:34. Astana had won the team time trial in Galicia in 2013 but they saw their hopes vanish quickly when their leader Miguel Angel Lopez suffered a mechanical. As a result, the Kazkah outfit finished just a second outside the time set by Bora-Argon 18. 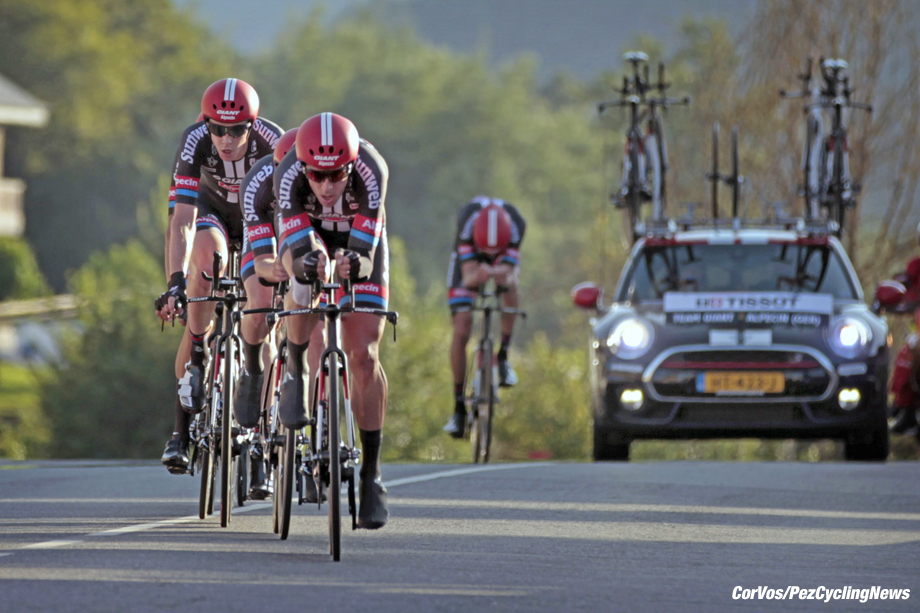 Giant-Alpecin missed the speed of Tom Dumoulin to finish a poor 20th at 1:50 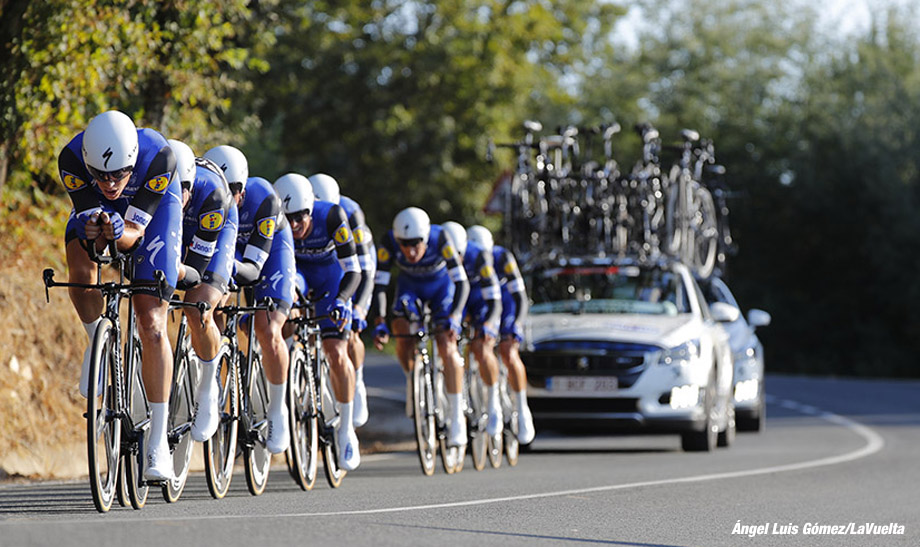 Etixx – Quick-Step looked good, for a while 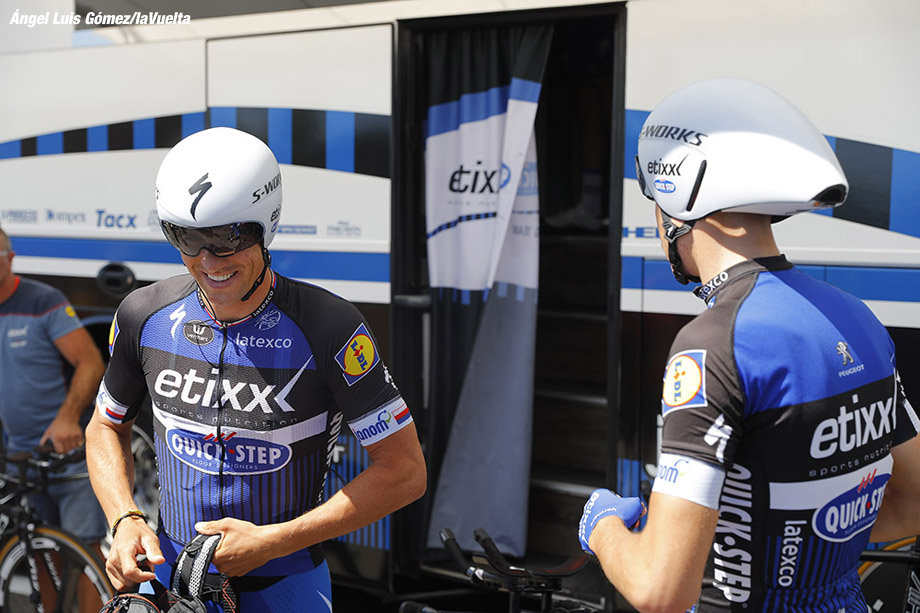 Etixx thought they had done enough

Ex-team time trial world champions of 2012, Etixx – Quick-Step broke the 31-minute barrier with 30:59 with only five riders at the finish, while most other teams were trying both to limit the damage and spare their climbers. Orica-BikeExchange also had decided to give it their all and they improved the Etixx – Quick-Step time by 16 seconds with Damien Howson leading the way. 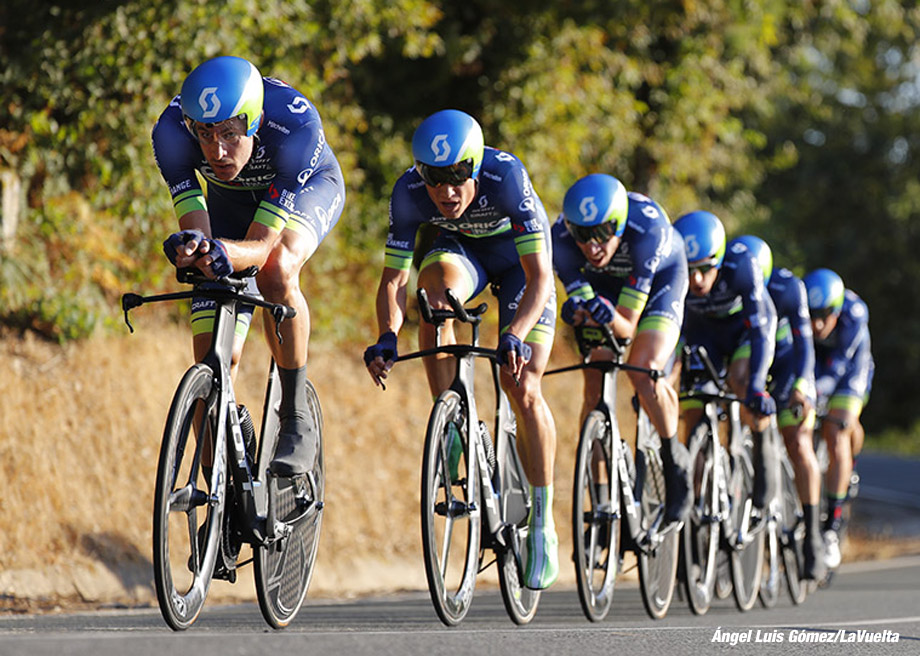 A strong 3rd place for Orica-BikeExchange

Winners of the Vuelta opening TTT in Marbella, BMC, were again strong favorites and they set the intermediate fastest times before slowing in the finalé to lose out by one second. Howson looked set to be the unexpected first red jersey of 2016. 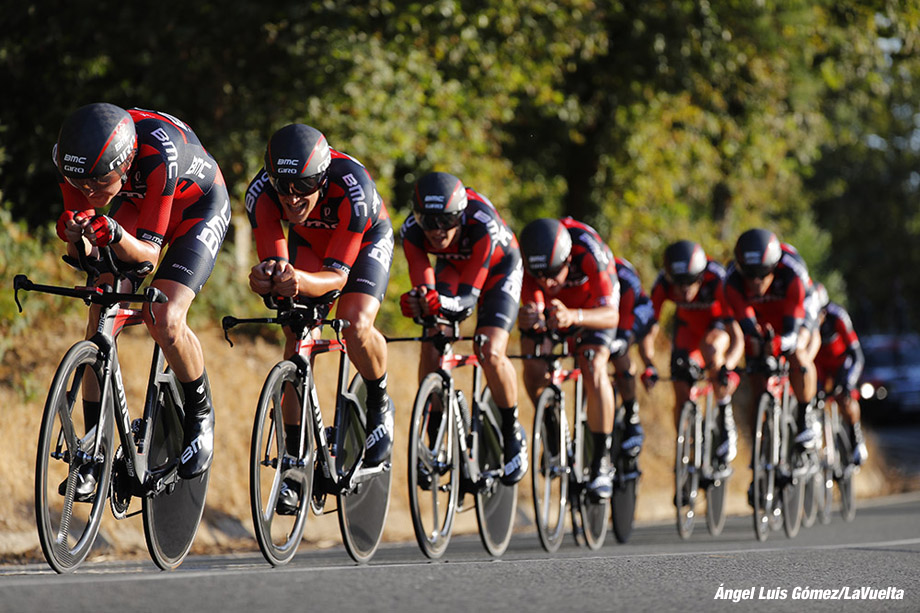 Movistar lifted their speed in the finalé to take six seconds out of the Orica-BikeExchange team, Alejandro Valverde crossing the line first and contemplating a 28th day in red. 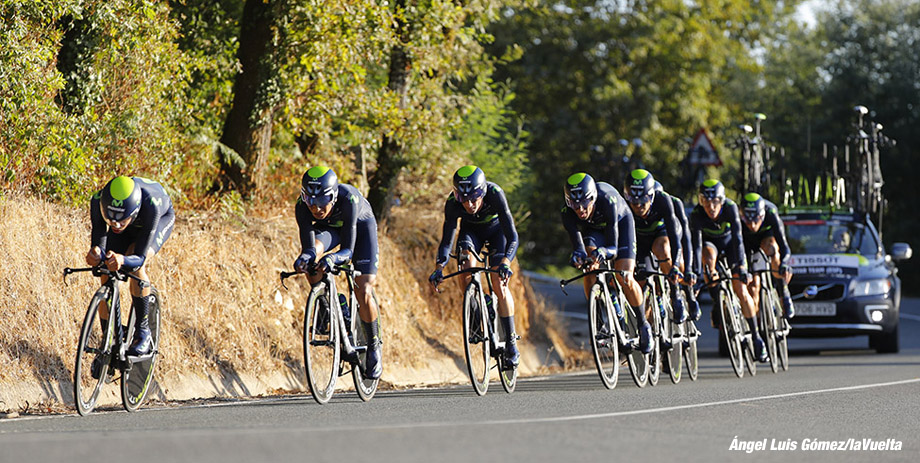 A fraction of a second held Valverde off the Vuelta lead 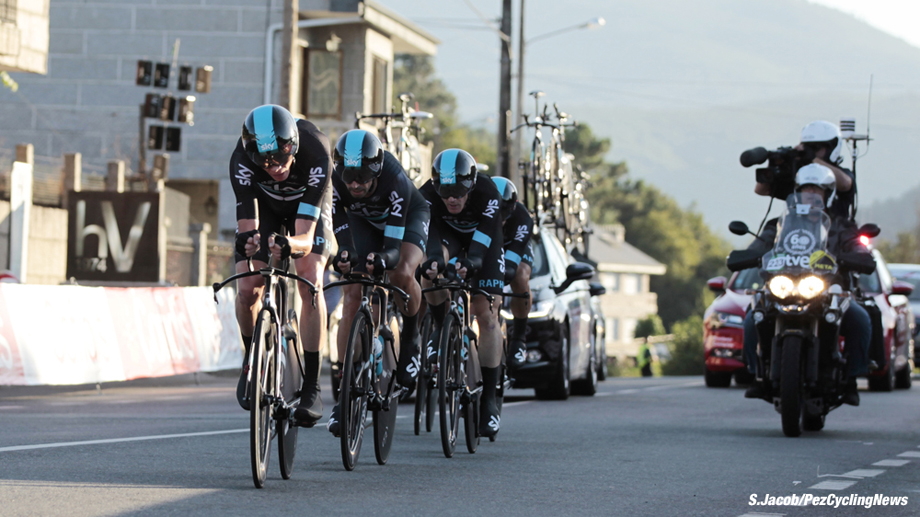 Top ride from Sky matched Movistar, and a bit

The suspense was far from over as Sky clocked the same team, only beating their Spanish rivals by fractions of a second. It was more than enough for twice British champion Peter Kennaugh to wear the Vuelta leader’s red jersey. 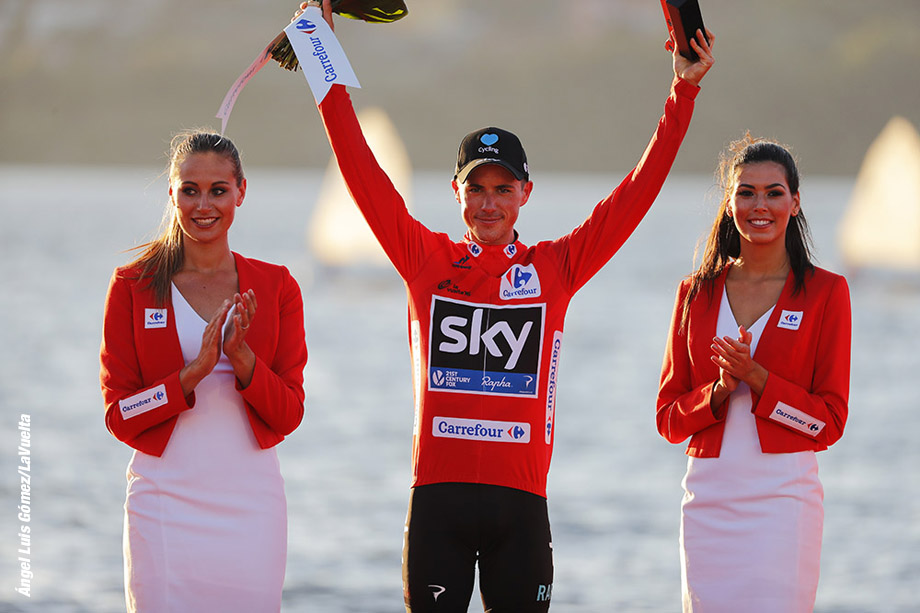 The first red jersey of 2016 goes to Peter Kennaugh