Race Report: Gianni Meersman emerged from a pack of non-sprinters to grab a first Grand Tour stage win on a slow opening day of the 2016 Vuelta a España. The leaders red jersey stayed with Team Sky, but is now on the shoulders of ex-World champion Michal Kwiatkowski. 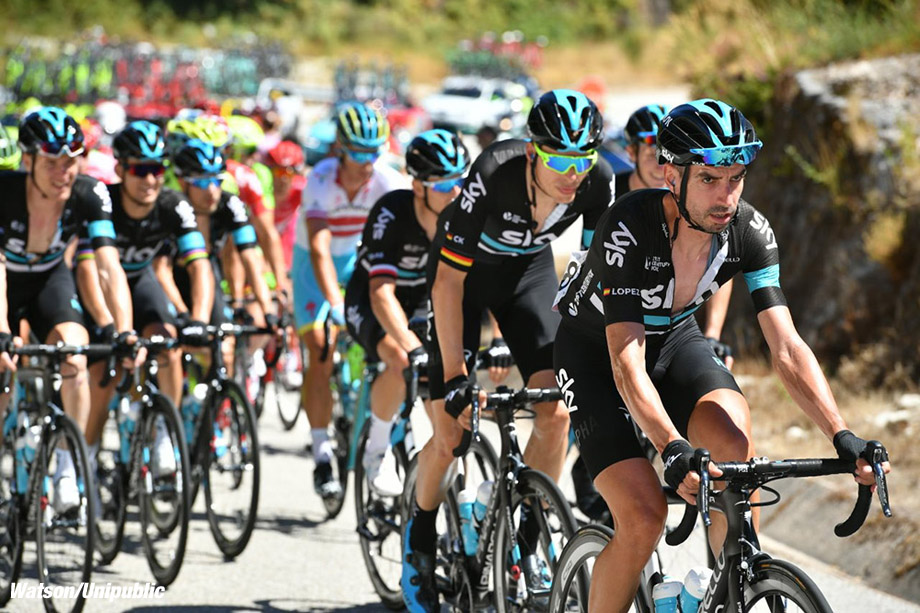 The riders left Ourense for what turned out to be a fairly turgid slog towards the coastal town of Baiona. Cesare Benedetti, Laurent Pichon and Brian Naulleau went clear early on and they built up a lead of more than four minutes. They were always within the grasp of the peloton however, although it was Philippe Gilbert who made the catch after going solo on one of the many small rises towards the end of the stage. The quartet retained a slim advantage until they hit the town of Vigo with fewer than 20km until the finish. Tiago Machedo tried his luck on the final climb but he was brought back to set-up a sprint finish with 10km left to ride. Dimension Data, Lotto Soudal and Bora-Argon 18 all took to the front at different times in the final 5km but it was the almost invisible Etixx – Quick-Step team who were leading when it mattered. They delivered Gianni Meersman to a beautifully timed sprint win and the victory on the second stage of the 2016 Vuelta. There was a small change in the GC as Michal Kwiatkowski finished ahead of Pete Kennaugh to rotate the red jersey within the Sky team.

Route
The second stage of the 2016 Vuelta a España takes the riders from Ourense to the coastal town of Baiona. Although we don’t go into Portugal we will be within spitting distance all day as the peloton heads due west into the headwind coming off the Atlantic coast. There’s only one categorized climb which comes at almost exactly the halfway mark. The Alto de Fontefria tops out at 800m and is rated as a second category climb. It’s listed as just 7km in length but actually the road climbs for 20km at various gradients all the way to the high point of the day. The final 5km are pan flat but the run into the finish consists of three lumpy uncategorized climbs which would definitely receive at least a 3rd category mark in most other races. The finale will take place along the sea front and so the wind could play a significant role.

Brave Trio
Cesare Benedetti (Bora-Argon 18) and Laurent Pichon (FDJ) were the first riders to forge clear. They very quickly gathered a 45 second advantage over the Sky led peloton whilst Brian Naulleau (Direct Energie) gave chase by himself. After a couple of kilometers of chasing both Benedetti and Pichon realized that a third breakaway mate would only be beneficial and they relented and the break of the day was formed. With 40km of the race behind them the group’s lead had spun out to 4:20 from the peloton.

Trek-Segafredo and Giant-Alpecin joined in the pace making and they pulled the break back to within three minutes as they began the slog to the top of the Fontefria. Pichon was the first man to the summit and despite some aggression in the break they had maintained their lead over the peloton and now faced 20km of descending from the summit. Astana were unhappy with the lead the trio had got and they immediately started driving the pace and they took the break’s lead under the one minute mark. The break were happy to sit up and wait for the inevitable catch but the peloton didn’t want the catch to come yet and a stage which had been run in snooze mode now drifted into a full slumber as neither the break nor the peloton wanted to ride and the break’s lead slowly edged above the one minute mark. 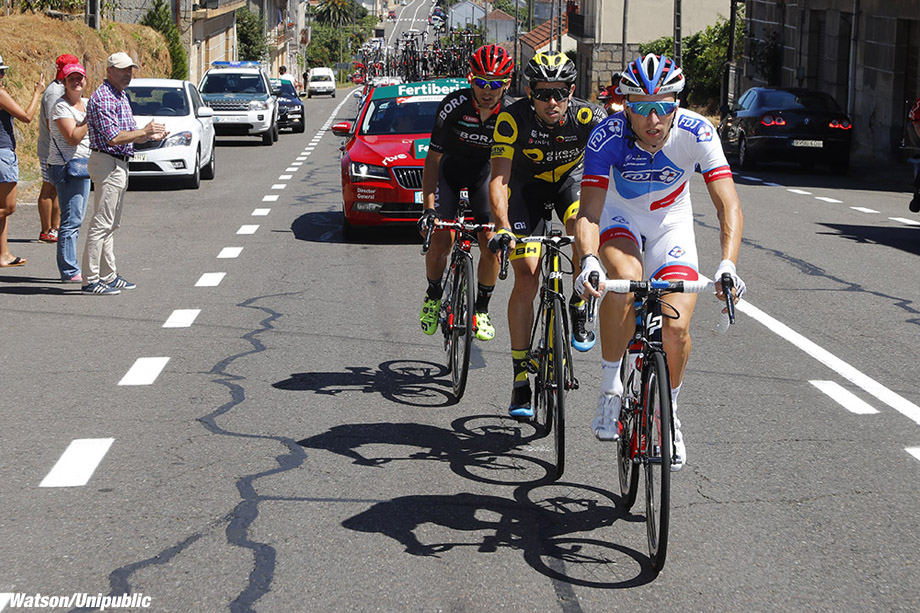 Gilbert Finally Breathes Life
The stage up to this point was hardly a great advertisement for cycling but with 39km left to ride Philippe Gilbert (BMC) launched off the front of the peloton. He caught the break almost immediately on a long uphill slog and the leading quartet pushed on with the peloton now well within one minute.

The Gilbert led group took the sprint points in Vigo but their race was run and they drifted back into the peloton with 16km and one uncategorized climb left to ride. The climb was a slog through the houses overlooking Vigo and Tiago Machedo (Katusha) was the first to give it a go with 12km left to ride. The Portuguese rider was near home territory and he was giving it full gas as he grabbed 15 seconds of a lead on the final climb. Tinkoff, Sky and Orica-BikeExchange were working hard to keep their GC riders in a safe position. This pace was the undoing of Machedo and he was brought back as the peloton hit the descent with 10km left to ride. 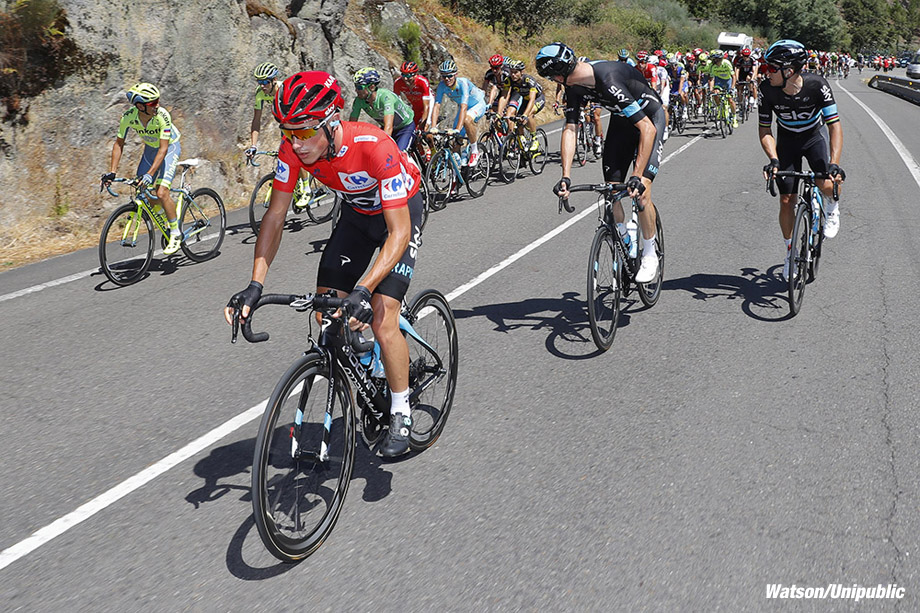 A Galician Finish
There were no elite level sprinters in the peloton and so Sky were forced to the front to do all the pace setting. With 4km to go finally we had some movement from Lotto Soudal for their sprinter, Tosh van der Sande. Lotto Soudal were now doing all the work but Bora-Argon 18 were also in the mix with just 3km left to ride. Dimension-Data were the next team to take control of the revolving door that was the front of the peloton but their lead was short lived.

It was a lead-out with no sprinters and it was a complete mess as Sergey Lagutin (Katusha) hit the deck inside the final 2km as they negotiated a roundabout. Tyler Farrar (Dimension Data) opened up the sprint with 1km left to ride but there was still no consensus on the lead of the peloton.

Etixx – Quick-Step emerged at the front inside the final 500m with Gianni Meersman perched on the back wheel of Zdenek Stybar. The Belgian team had avoided the front but they were now all over it and delivering Meersman to his first ever Grand Tour stage win. Bora-Argon 18 had done a lot of work going into the stage finish and they managed a strong second place courtesy of Max Schwarzmann, Magnus Cort Nielsen (Orica-BikeExchange) came home in third to cap off an unusual podium for a sprint stage. 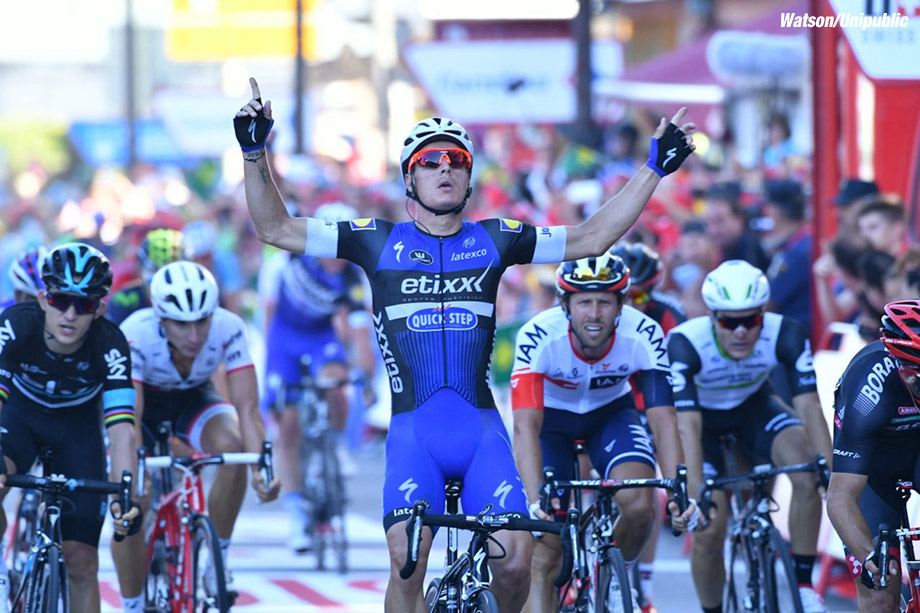 The stage was ridden at a pedestrian 37.6km/h and although there were some exciting moments towards the end, it won’t be a stage which will live long in the memory of anyone beyond Gianni Meersman and his extended family. 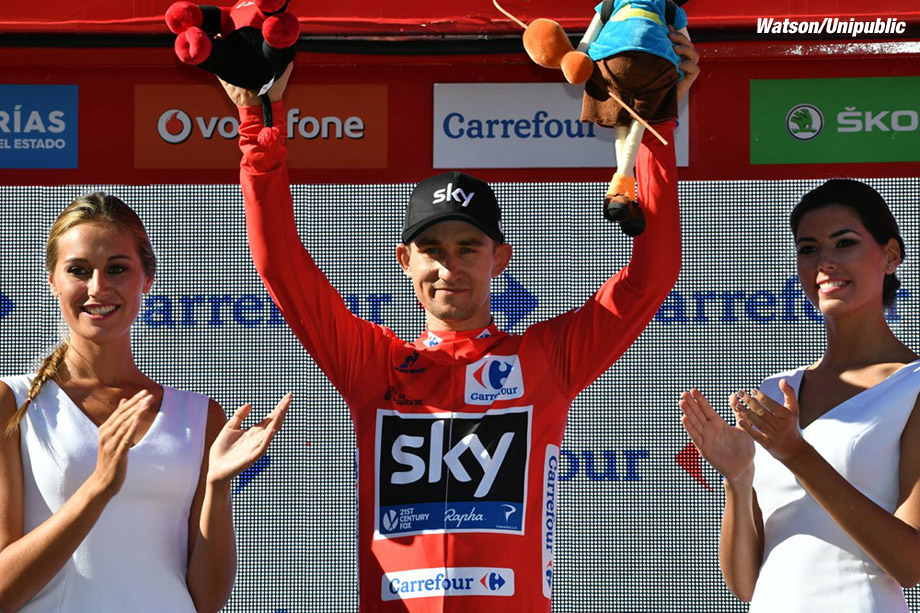 Keep it PEZ for all the news from Spain.