Race Report: The final stage of the 2016 Vuelta a España to the center of Madrid was always going to be for the sprinters and there was no surprise when young Magnus Cort Nielsen took his second Spanish stage win. Nairo Quintana finished safely in the peloton for his second Grand Tour win.

Emerging fast man, Magnus Cort Nielsen (Orica-BikeExchange & Denmark) was just too quick for our tip for the day, Italian war horse, Daniele Benatti (Tinkoff) at the end of the final stage of the 2016 Vuelta into beautiful Madrid. The young Dane made it a double for himself and four for the Aussie team, who also put Chaves on the podium. 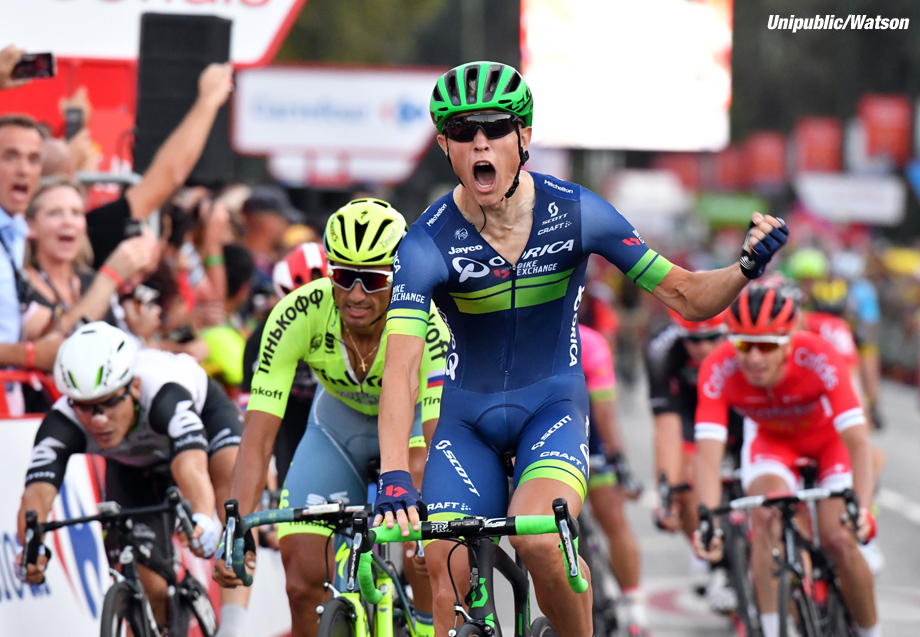 As expected there were no changes to the GC or any of the classifications as the light faded in Madrid and the last Grand Tour stage of 2016 was fought out. . .

Enough words have been written about the mountain men – Quintana, Froome, Chaves, Contador have all had their days – today is about the fast men. 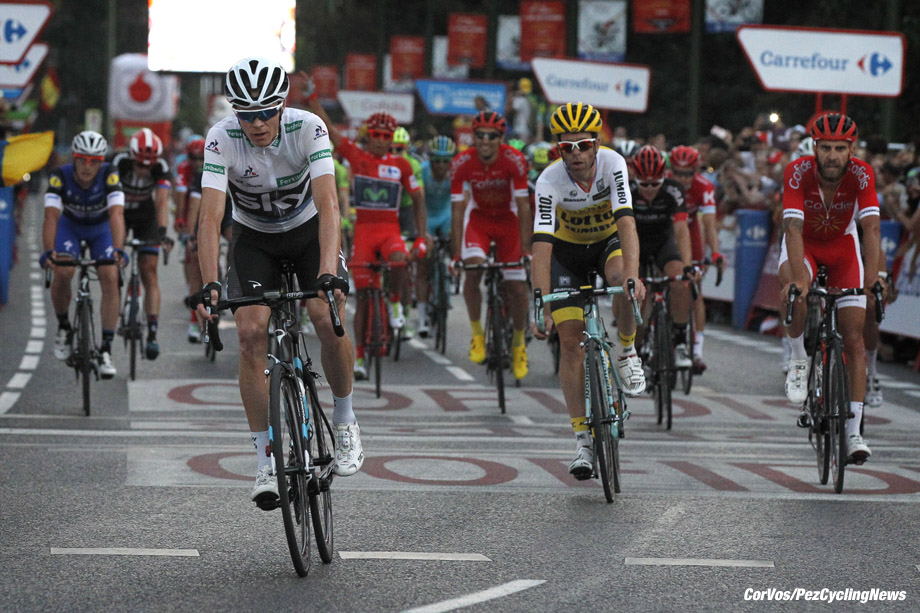 The fastest of the fast have all forsaken the Vuelta; pan flat Worlds parcours don’t come round too often and they’re not going to jeopardize their chance by participating in what our Velocipedus Nostradamus, Viktor describes as the ‘Spanish Hill Climb Championships; an unbalanced race, skewed to favor just a few riders.’ Well, it was a just a tad hilly. . .

Six of the 20 stages thus far have gone to sprinters; not the Ewans, Cavs, Greipels, Bouhannis and Kittels of this world who are all engaged elsewhere – like at the Tour of Britain and altitude camps. The men who have won here are a different kind of sprinter, not ultimately rapid but those who can battle over that late tough climb and still be there for the sprint. 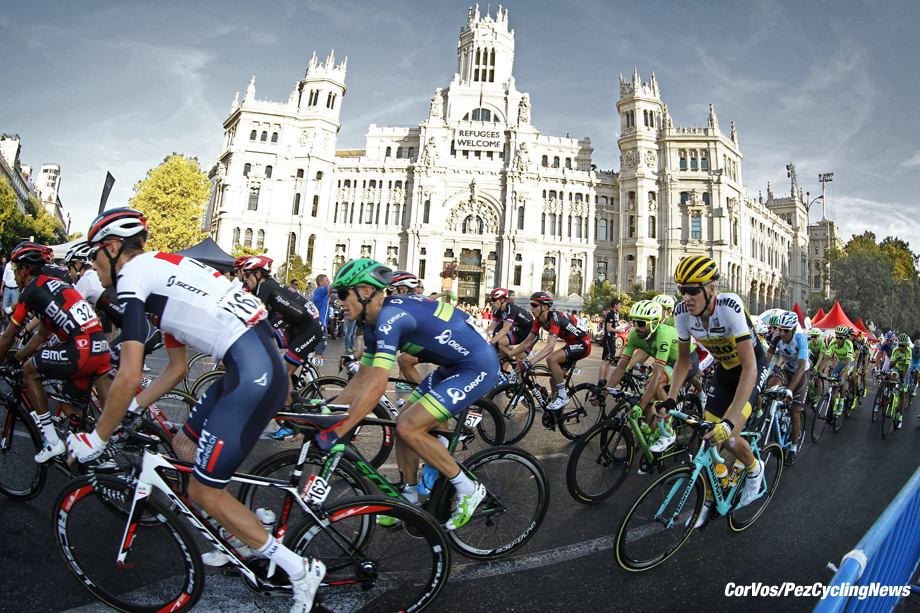 Gianni Meersman (Etixx – Quick-Step & Belgium) took Stages Two and Five; the 30 year-old from Tielt in West Flanders rode stagiaire for Davitamon-Lotto in 2005 with his first full contract coming for 2007 at Discovery. For season 2008 he made a smart move in signing with F des J – away from the inevitable presh from the Belgium Media. He was with the French equipe seasons 08/09/10 and 11, moving to Lotto in 2012 before joining QuickStep in it’s various incarnations from 2013 until now. But next year he’s off back to France and Fortuneo-Vital Concept.

Meersman has won stages in the Tours of Austria, Georgia, Algarve, Wallonnia, Catalonia, Romandie and L’Ain as well as in Paris-Nice with one day successes in Handzame and the Cadel Evans race. Today? He’s a small rider and after three weeks in the mountains his reserves will be well run down – but when he sees that red kite. . .

Stage Seven went to Jonas Vangenechten (IAM Cycling & Belgium) who paid his dues with Groupe Gobert (2008), Willems Verandas (2009/10) and Wallonnie Bruxelles (2011) before stepping up to Lotto Belisol for 2012 through to 2014 before signing for IAM last season. He’s a man with a raft of solid results in the likes of Kuurne-Brussels-Kuurne, winning the Pino Cerami, Fourmies and Gullegem. Today might not be tough enough for him. . . 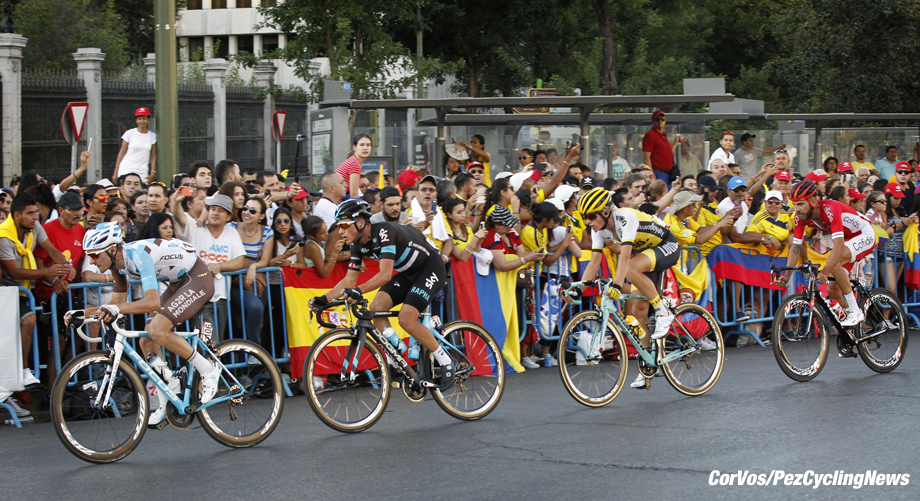 Stage 12 saw Jens Keukelaire (Orica-BikeExchange & Belgium) take his second win of the year, after his stage in Slovenia earlier in the year. It was back in 2010 when the baby faced Keukeleire – then riding for Cofidis – won the Three Days of West Flanders, Samyn and Nokere. We all thought he was ‘new big thing’ – we got that one wrong. He stayed with the French team for 2011 and has been with Orica since 2012 – where the wins have been scarce. Today we don’t think he’s quick enough on the pan flat drag race finish.

Stage 16 went to Jempy Drucker (BMC & Luxembourg) a former cyclo-cross man – indeed, national champion at the discipline – who turned to the road and paid his dues before he made the World Tour. He’s now 30 years-old but there were five seasons with cyclo-cross squad Fidea from 2004 top 2008 before two seasons at Continental Differdange then three years with Accent, a very solid 2014 season with Wanty and then two seasons with BMC. He won the London Classic last year and this year took the prologue in his home Tour. Today – it’s possible.

Stage 18 was the last sprint contested; going to Magnus Cort Nielsen (Orica-BikeExchange & Denmark) – the young Dane was a star U23 with Cult Energy winning a raft of races in 2013/14 before being snapped up at the end of 2014 by Orica. He won a stage in the Tour of Denmark, this year and at 23 years-old looks like a star in the making to us. His morale will still be good and he’s another who could certainly win today.

Anyone else?
Germany’s Giant flyer Nikias Arndt – who won the last stage of the Giro (just don’t mention that to Giacomo Nizzolo though) has to be considered.

‘Oldie but Goodie’ – that man Daniele Benatti (Tinkoff & Italy) won’t be far away; he may be 35 years-old but he’s strong, resilient after three hellish weeks and still pretty damn quick.

The stage? Well, that didn’t really start ‘til they hit Madrid – there’s cava to quaff first, don’t you know?

On the circuit – Quentin Jauregui (AG2R-La Mondiale & France), Pete Kennaugh (Sky and Isle of Man), Loic Chetout (Cofidis & France) have gone clear right away with Koen Bouwman (Lotto Jumbo). They spell sweetly and take a minute PDQ, through the streets of beautiful Madrid – wish I was there – whilst back in the peloton there’s little panic with 36K to go. 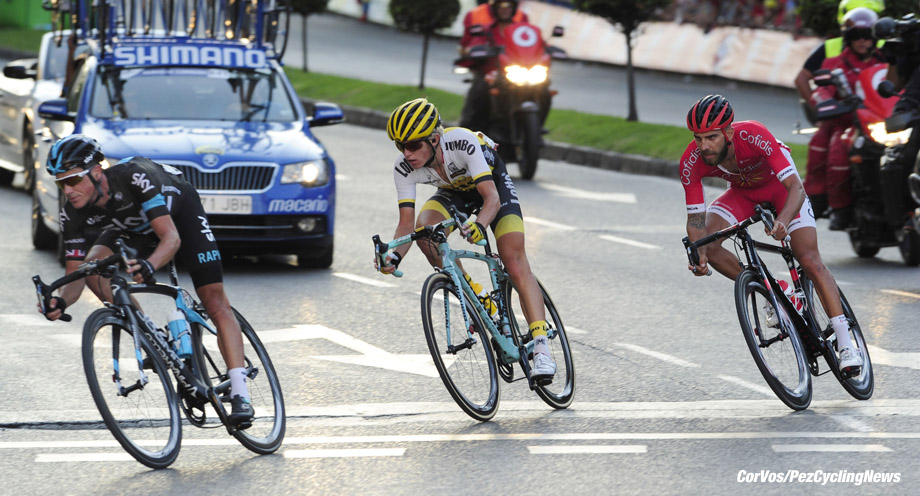 Orica take it up for Cort with Etixx there for Meersman and BMC not far away either. Canadian gentle giant, Svein Tuft slogs away for the Aussie squad – he used to tow his dog up to the Arctic Circle in a trailer behind his bike so this is child’s play for him.

The gap is sliding with the late afternoon light in Europe’s highest capital city – 30 seconds now inside 20K with Etixx on point. Contador has to fight back to the peloton with his amigos, he must have had a mechanical – not good for Benatti’s chances.

They hurtle down the Gran Via past Museo Chicote, the best bar in Madrid since 1931 with its mahogany and green leather.

Bouwmans pops, three against the peloton – poor odds with 11K to go.

That’s nine K as Kennaugh pops; just two green bottles left on the wall – but not for long.

Etixx lead the charge as the bell clangs – five K now and it’s warp speed as those Tinkoff boys take it up for Daniele.

They’re serious, with Boaro fighting hard for the Italian – Giant are there, Etixx, Sky even.

Sky are on point, it washes wide into the last dead turn as Giant lead now; BMC again, Orica. . .

It’s fully ‘on’ now and our man Benatti is well there, so too is Meersman – is it number three for the little Belgian?

Cort comes late and strong and straight through the middle – that Stage 18 speed IS still in his legs.

With stage wins for Yates, Keukeleire and two for Cort – plus Chaves on the podium it’s not been a bad Vuelta for the Aussie team. 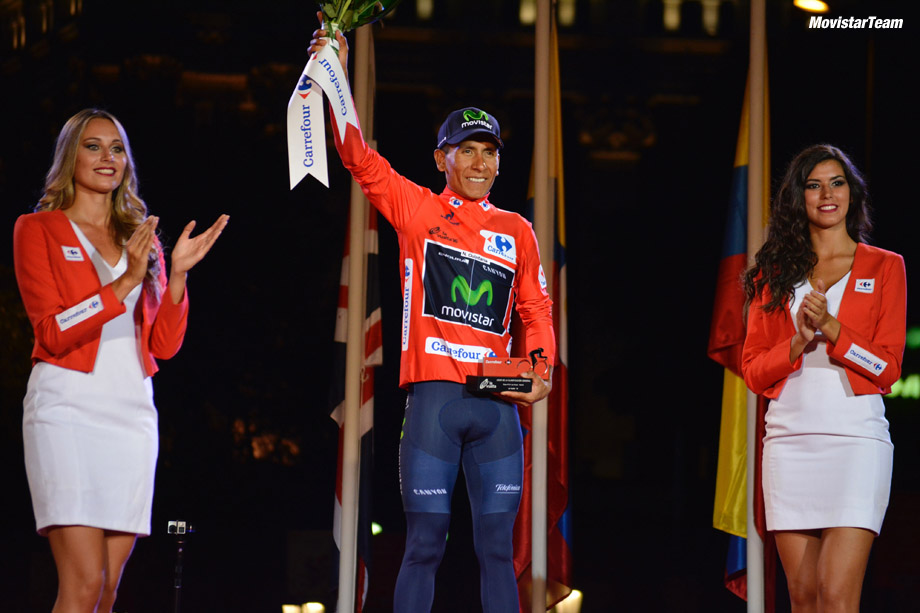 Oh yeah, and Quintana wins the GC from Froome – and before I know it I’ll be penning the Giro preview. . .