Vuelta Stage Report: It was great to see Fabio Jakobsen (Deceuninck – Quick-Step) come back from his horrendous crash in Poland to win a Grand Tour stage. In a messy sprint that saw Arnaud Démare (Groupama-FDJ) heading for the win, Jakobsen shot out to cross the line first. Red jersey, Rein Taaramäe (Intermarché-Wanty-Gobert Matériaux) crashed in the last 3 kilometres, but held his lead.

Fabio Jakobsen won the fourth stage of the 2021 Vuelta a España. The Dutch sprinter was the best after more than 163 kilometres on the difficult finish in Molina de Aragón. He defeated Arnaud Démare and Magnus Cort. Rein Taaramäe’s leading position in the general classification was not jeopardised, despite a crash just over two kilometres from the finish. 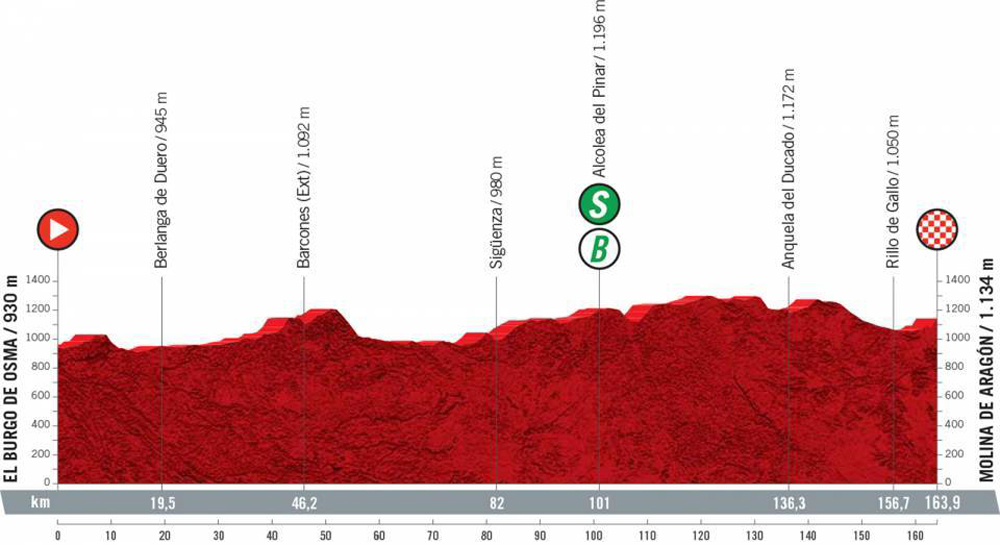 Technical director, Fernando Escartín: “Molina de Aragón will be the second great opportunity for sprinters in La Vuelta 21. Flat stage with an expected mass arrival. The teams with sprinters will have to work hard, should a favourite try to break away following the exhaustion of the Picón Blanco.” 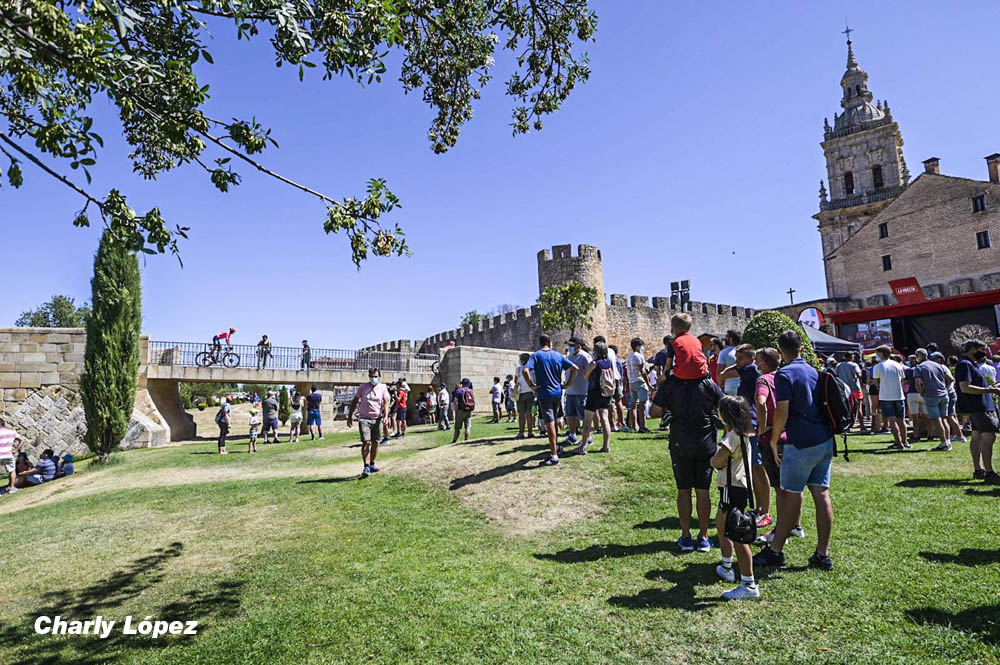 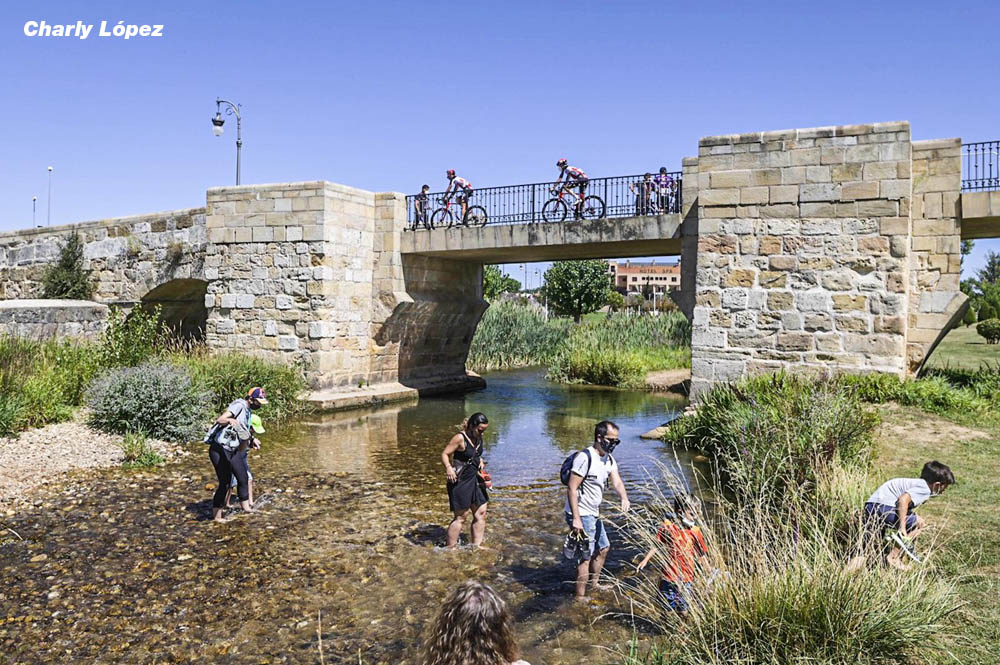 A good way to keep cool 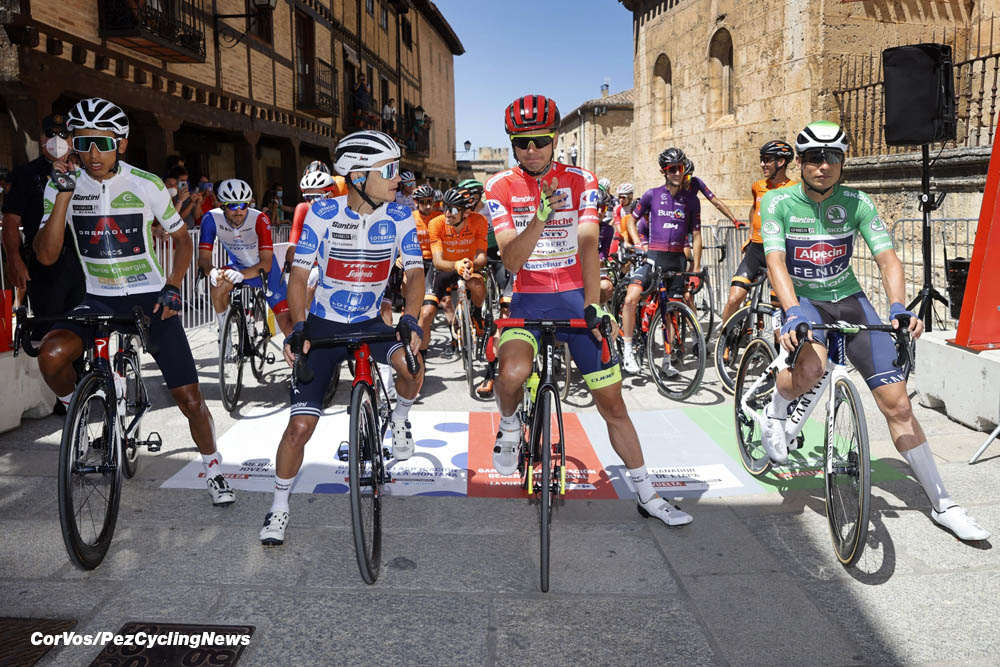 The Vuelta jerseys for stage 4

Everything pointed to a sprint finish and so not many teams were eager to join the early break. Wild card team Burgos-BH sent Ángel Madrazo and Carlos Canal and Euskaltel-Euskadi had Joan Bou join them, none of the three were any problem to the GC. The three Spaniards quickly had a 4 minute lead. In the peloton, control was by Intermarché-Wanty-Gobert, the new red jersey wearer, Rein Taaramäe. 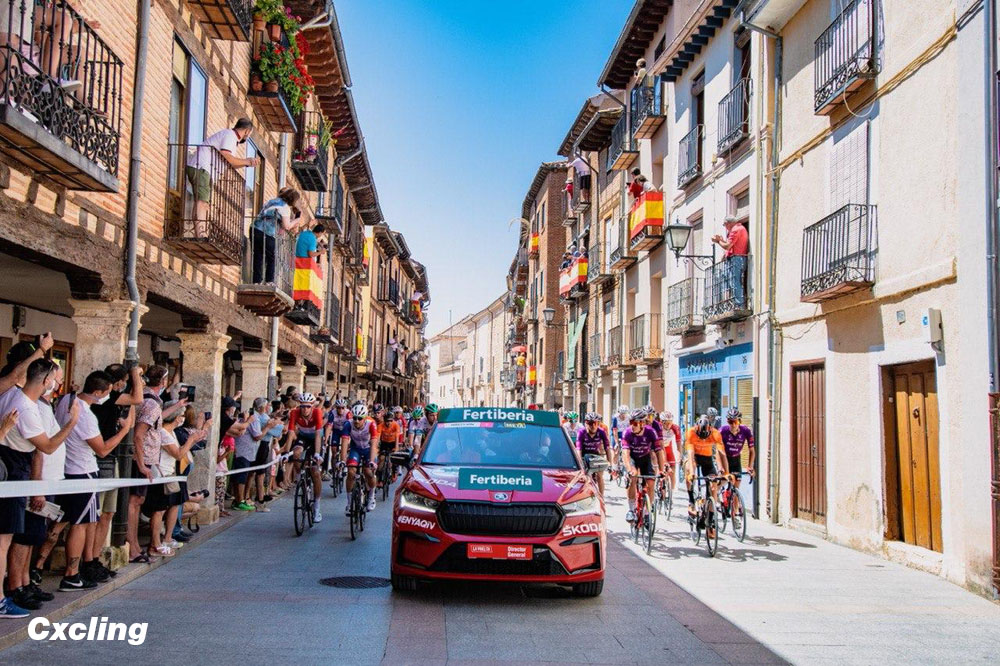 The race leaving the start town 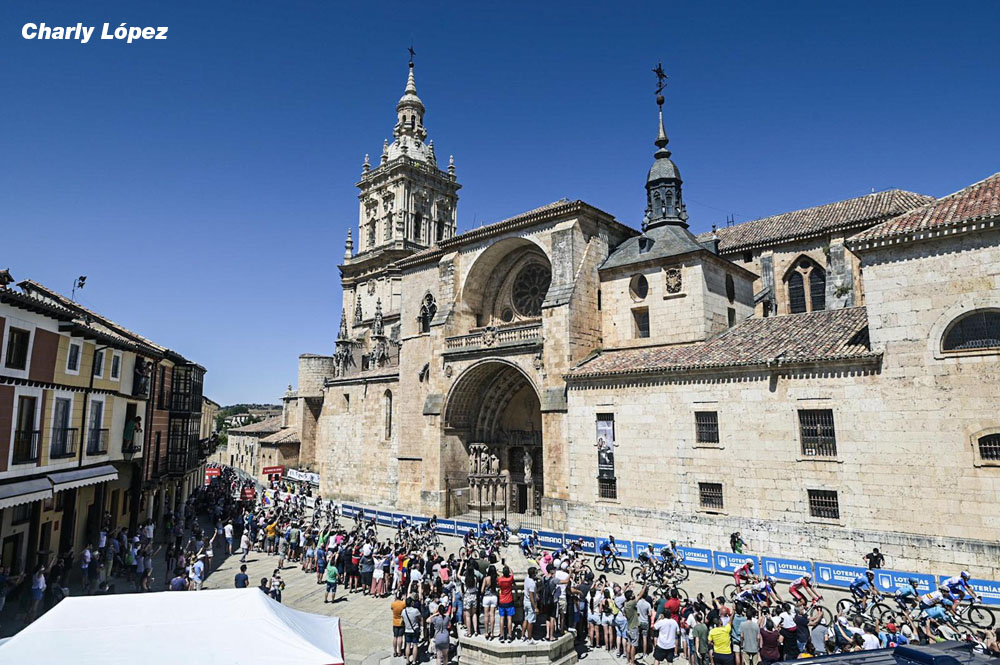 With a 100 kilometres to go, Alpecin-Fenix ​​also added a man to the peloton work and then later Arnaud Démare’s Groupama-FDJ also joined in. The green jersey, Jasper Philipsen showed himself at intermediate sprint of the day, but was beaten by Florian Sénéchal, although he took 10 points for the points classification. Due to an acceleration of the pace in the peloton, the gap to the leading group had fallen to less than 1 minute, but the peloton did not want to catch the break too soon. 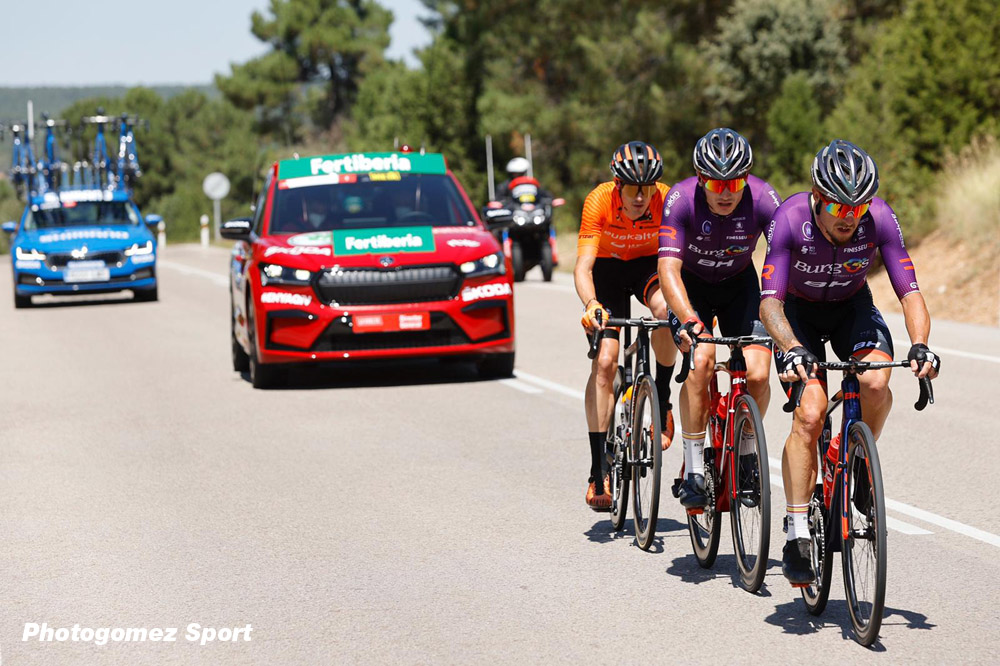 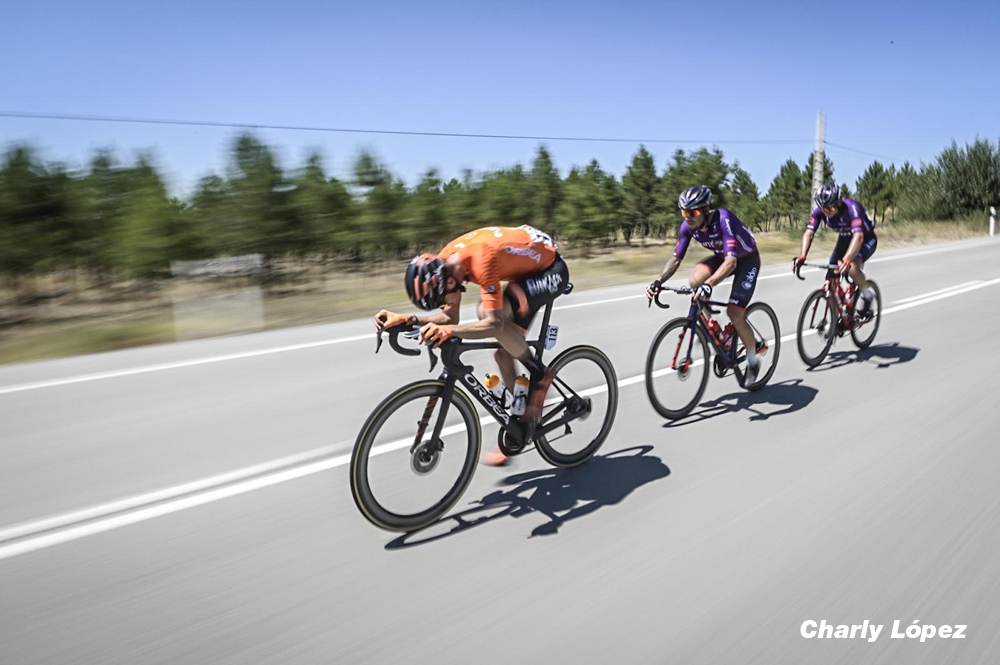 The sprinter’s teams allowed the difference to fluctuate between 20 and 50 seconds for a long time, but eventually they caught Madrazo, Canal and Bou 13 kilometres from the finish. Then it was the GC men’s teams that wanted to keep their leaders out of trouble in the finalé. Rein Taaramäe crashed just before the two kilometre banner, but was given the same time as the peloton at the finish. 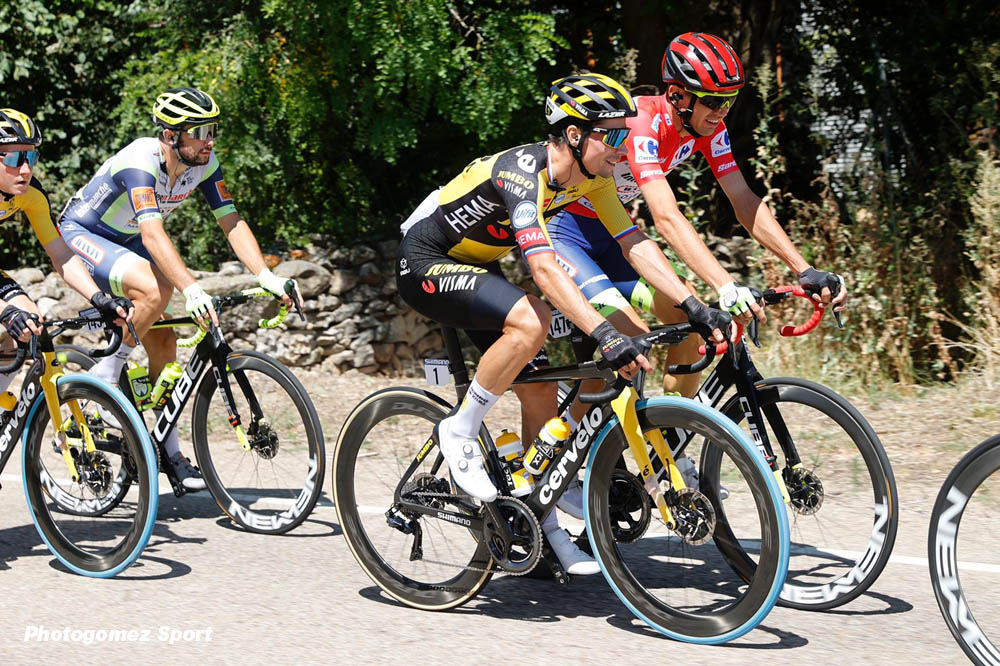 The two race leaders so far – Roglič and Taaramäe 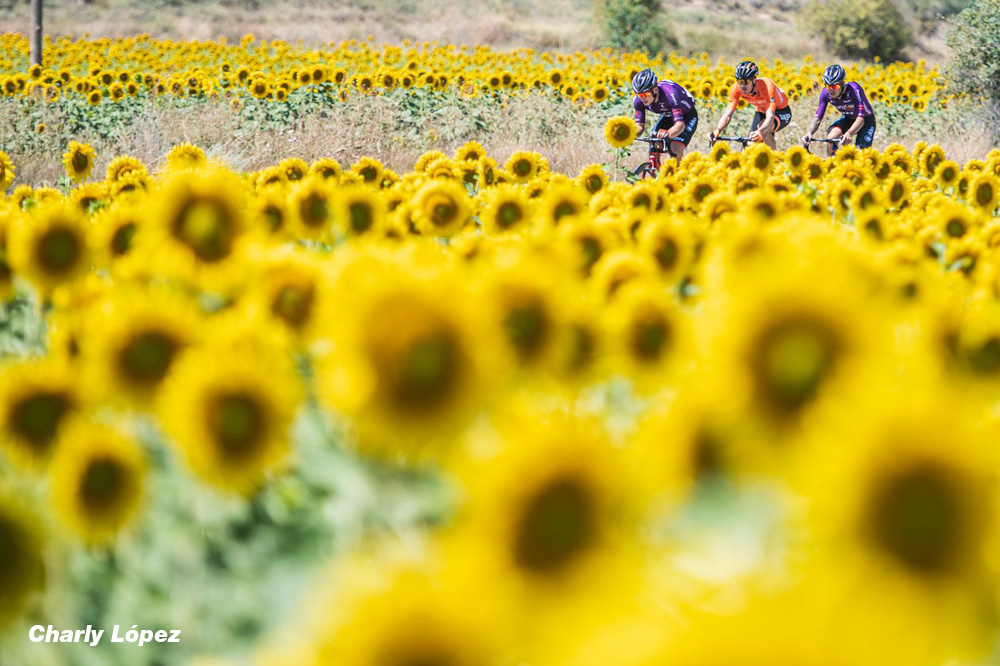 Must have those sunflowers

Alpecin-Fenix ​​dropped Philipsen at the front of Démare’s train, through the twisting streets of Molina de Aragón. Démare had a perfect lead-out, but in the last uphill metres he was skilfully passed by a powerful Fabio Jakobsen. For the leader of Deceuninck – Quick-Step it is his first stage win in the WorldTour since his crash last August. In the Tour of Wallonia, Jakobsen won twice, in the Vuelta he confirms that he has completely recovered. 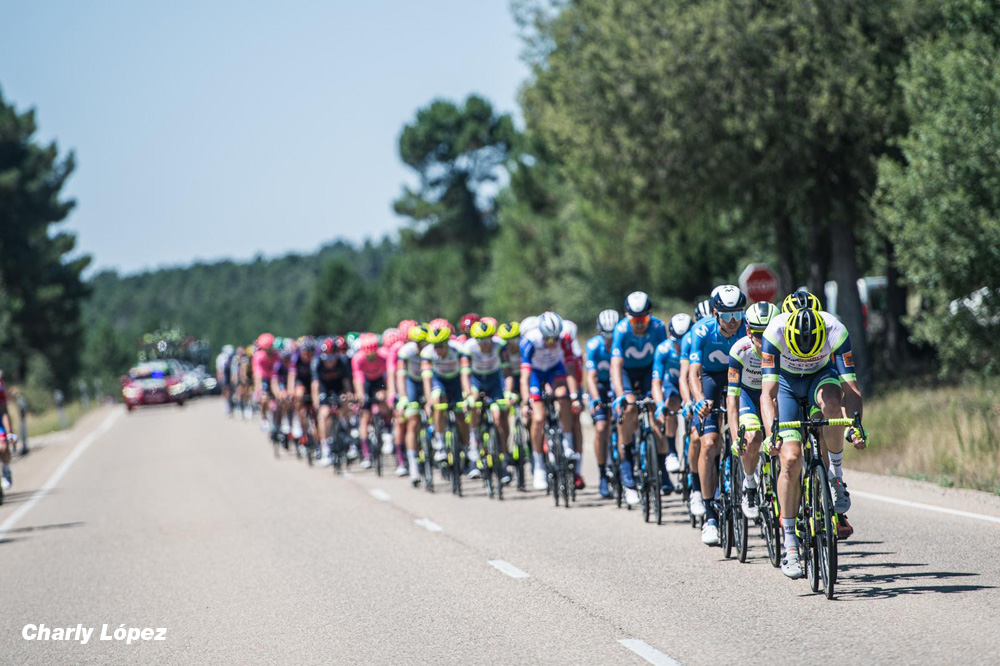 Intermarché-Wanty-Gobert Matériaux did most of the chase work 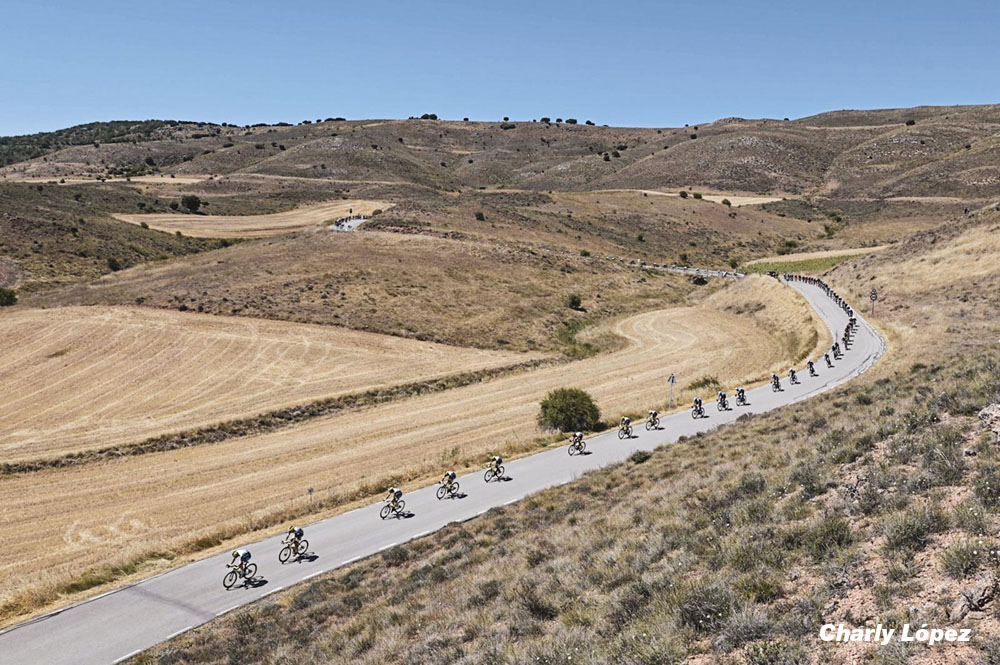 The gap was never too large – A couple of minutes 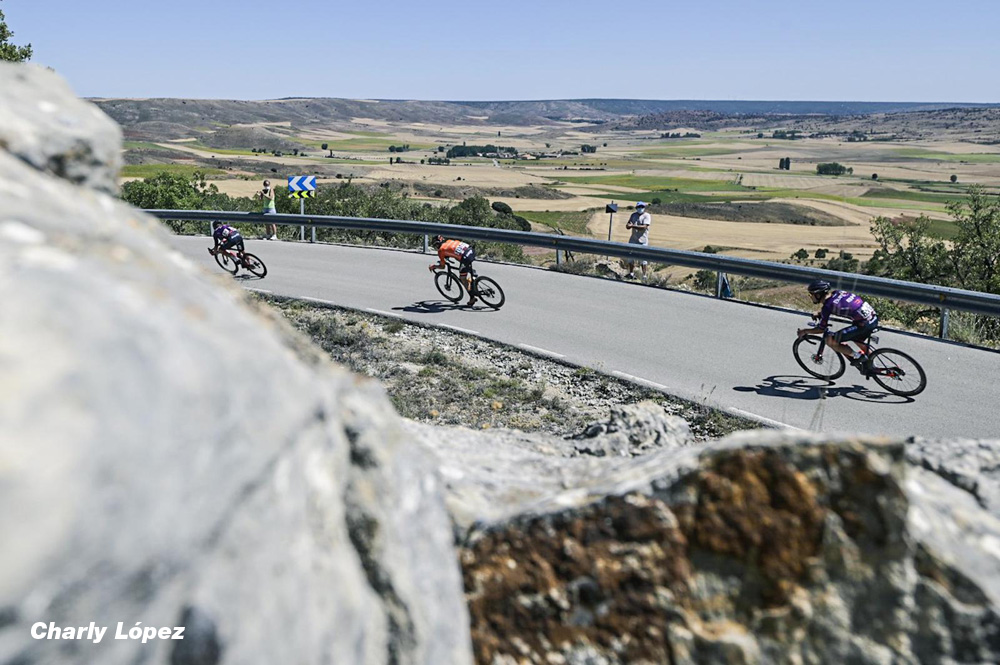 Jakobsen – who is now also the leader of the points classification – was ahead of Démare and Magnus Cort at the finish. Alberto Dainese was fourth, ahead of Michael Matthews. Jasper Philipsen was not involved and was only ninth. Piet Allegaert was sixth, narrowly ahead of Jordi Meeus. 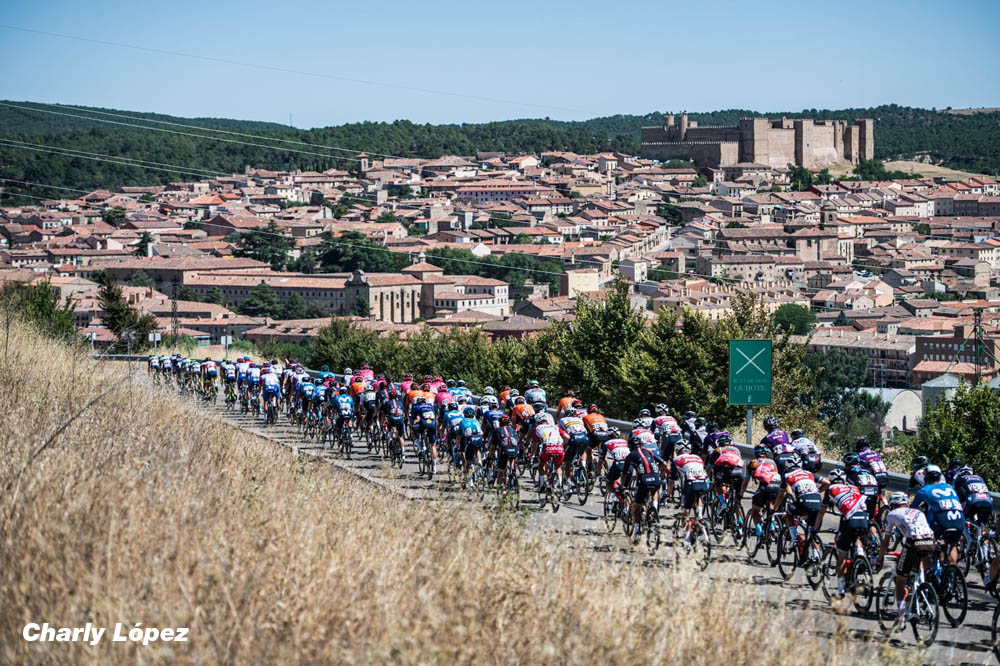 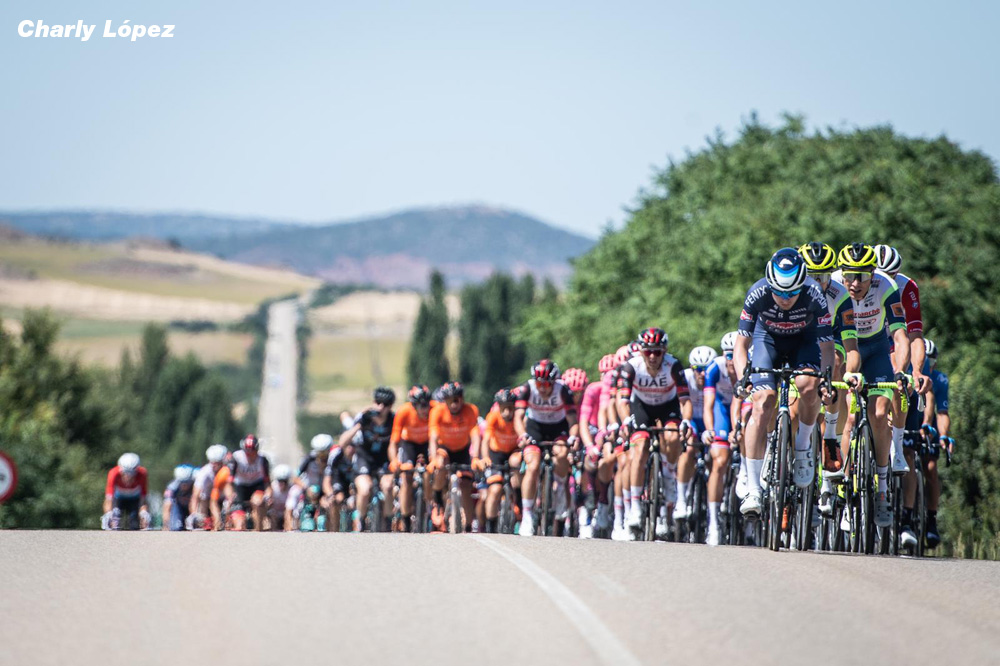 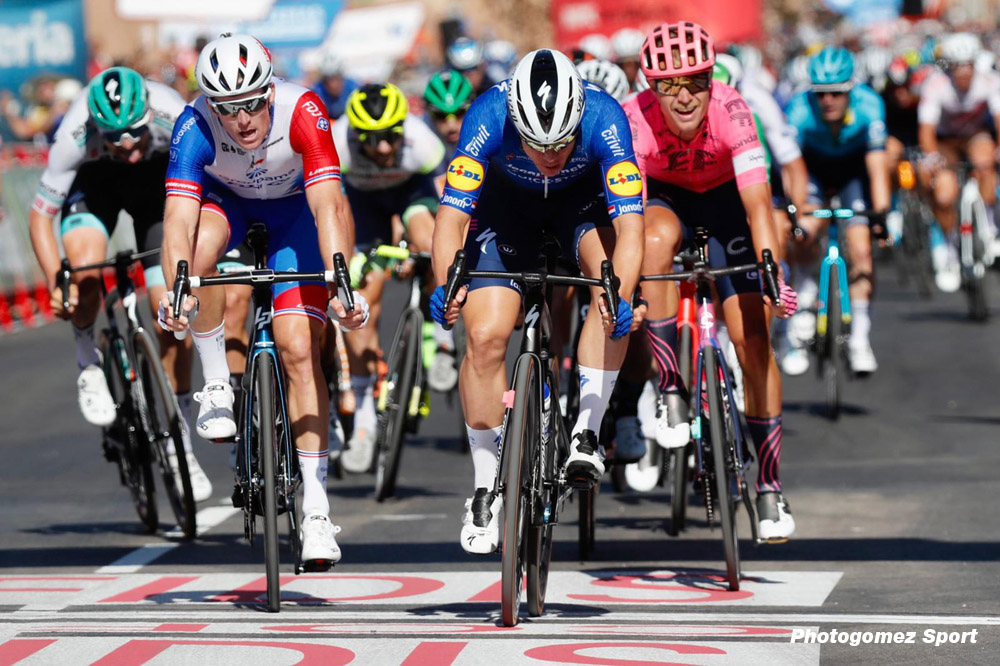 Stage winner and points leader, Fabio Jakobsen (Deceuninck – Quick-Step): “It’s a dream come true. After the crash [at the Tour de Pologne one year ago], it was a long way back. But I’m happy I’m here. It took a lot of time and a lot of efforts by a lot of people. This is also their victory. I’m talking about the doctors, the surgeons, the medical staff in Poland until my second family here, the team, and everybody in between. It’s also my family’s victory because they are the reason why I am here. It was a hectic bunch sprint. All the GC teams wanted to be in front. We understand that. At 3km from the finish we tried to take over. There was a small climb but at the end we tried to find Bert [van Lerberghe] and Styby [Zdenek Stybar] who took me to the downhill in 15th to 20th position then Bert took me to the front. I could start my sprint on the inside. There was a slight turn to the right. There I found the wheel of [Arnaud] Démare. I think he was the guy to beat today. I just had a little bit more in the legs at the end. I’m happy I could pass him. I wasn’t sure I could do it but I’m glad I did it for my teammates because this is also their victory.” 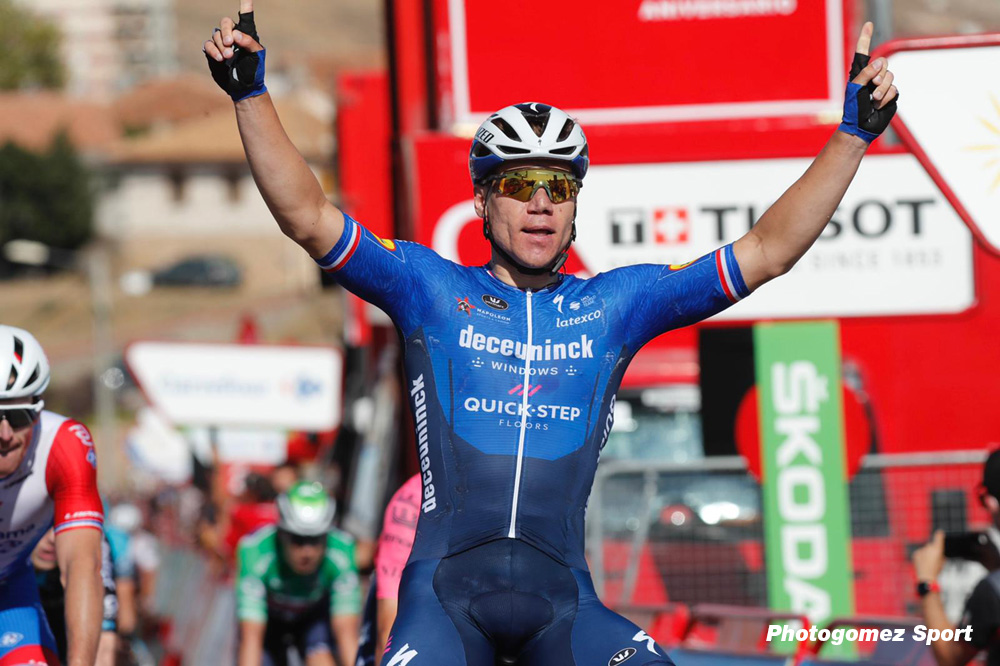 Overall leader, Rein Taaramäe (Intermarché-Wanty-Gobert Matériaux): “I don’t really know how I crashed. It was very nervous and at one moment, on the right inside, I went down but I’m alright. I don’t have many injuries. I’m a little bit burned. It was incredible today with my team riding in front for a long time. We really enjoyed it all together. It was beautiful. If there’s no wind tomorrow, I probably can keep the jersey, and the day after tomorrow, it’s a small hill at the finish. I think I have the legs to hang on if I position myself well at the bottom of the climb. I think I can keep it two more stages and then the Alicante stage will be a big battle, and it will probably be too hard.” 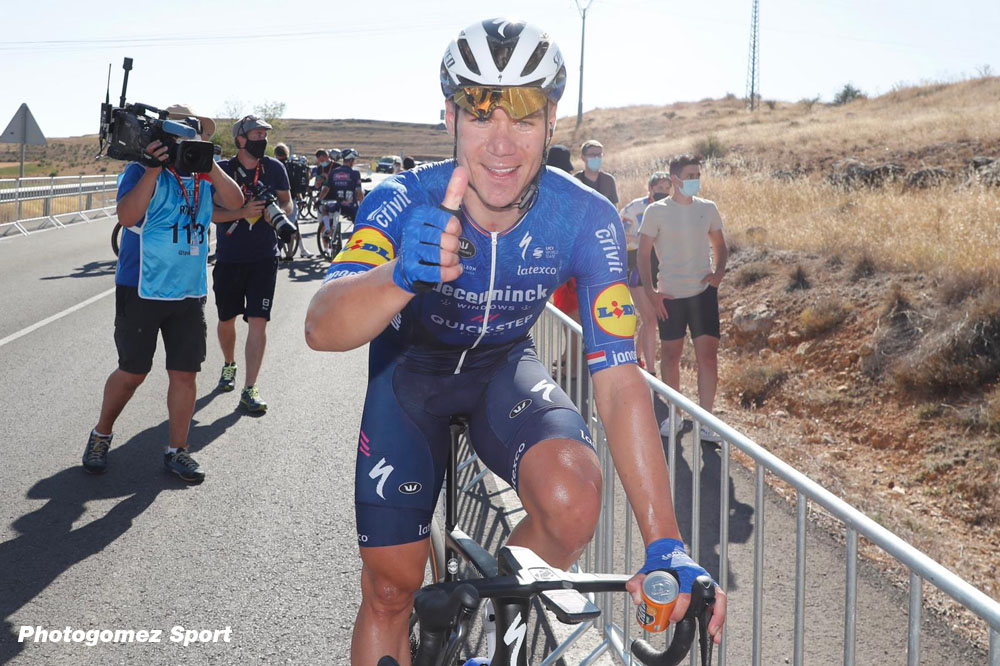 Very happy to be back