It was no surprise that Chris Froome posted a blistering time on today’s 37km individual time trial from Xabia to Calp on the Mediterranean coast, but his grab of 2:16 seconds over race leader Nairo Quintana was a stunner, and sets up a thrilling finale tomorrow.

A flat but technical 37km from Xabi to Calp was just what Chris Froome needed.

Here’s how the top contenders played it: 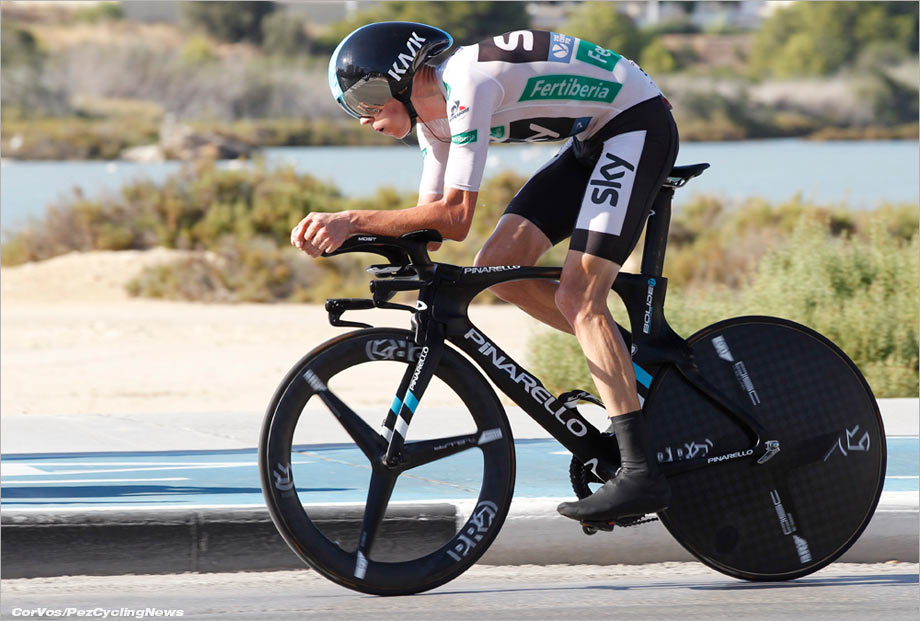 1. Chris Froome – Winner Stage 19
After a so-so start to this race almost 3 weeks ago Froomey has seen his form fall and rise – luckily in ascending order as he’s gotten stronger in this last week – saving his skin almost daily with some pretty heroic rides. He started the day 3:37 behind Nairo Quintana, and even for a TT powerhouse like Froome, that’s a mighty big time gap to bridge in just two stages – especially when one is a shortish 37km TT. But the Tour de France champ blasted out of the start house like a scalded hoola-hoop and immediately began chewing up the road – and seconds – in his path. He caught and past his two-minute man Estaban Chavez with ease, and by that point we knew he was on a hot ride – the big question was just how much time could he take out of Quintana. By the end the answer was clear – 2:16 off the race lead, and even more impressive was his stage winning margin of 44 seconds over Movistar’s Jonathan Castroviejo. 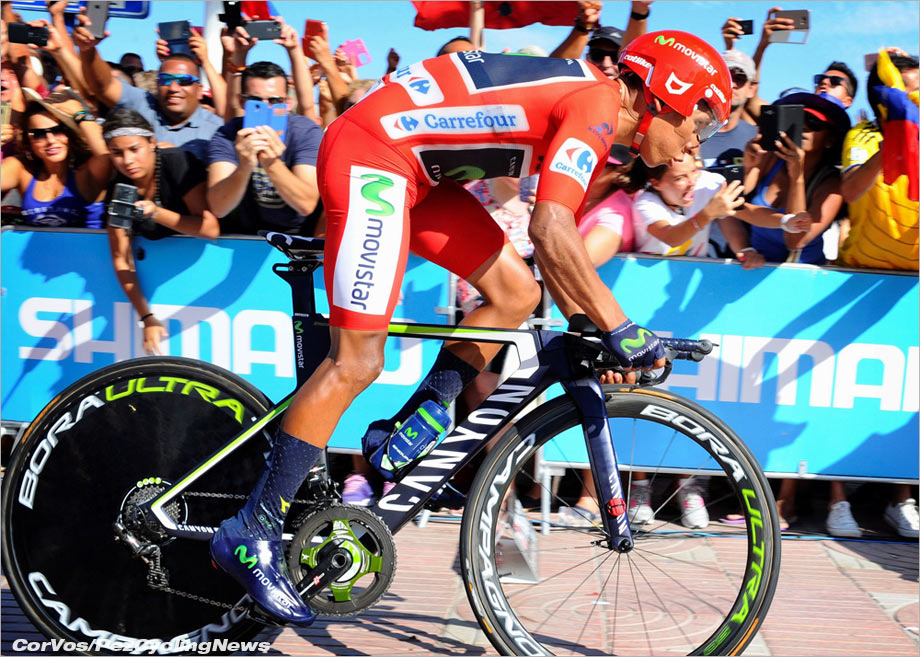 2. Nairo Quintana – 11th on Stage 19 @ 2:19
Entering the stage with a 3:37 lead and a massive climbing day tomorrow still to come, the tiny Columbian’s lead looked – and still does – almost impermeable. But losing 2:17 to the guy you just couldn’t drop in July’s mountains is not exactly the best way to ensure a peaceful night’s rest – especially when it’s been harder and harder to drop that same guy in the Spanish mountains of recent days. While Froome looked like a charging bull on course today, Quintana looked at best uncomfortable on his TT bike – and must surely be looking ahead to the winter and finding a way to fix his TT Achilles Heel in the off season.

Quintana still leads by 1:21 which on paper should be a safe buffer given that tomorrow’s stage is all about climbing and he’s shown he’s the best climber in this race. But we’ve seen how fast things can change in a Grand Tour – think Nibali’s last ditch effort and win at this year’s Giro – so this one ain’t over until it’s over.

The race will come down to a thrilling finale tomorrow on the 21 km climb to Alto de Aitana. 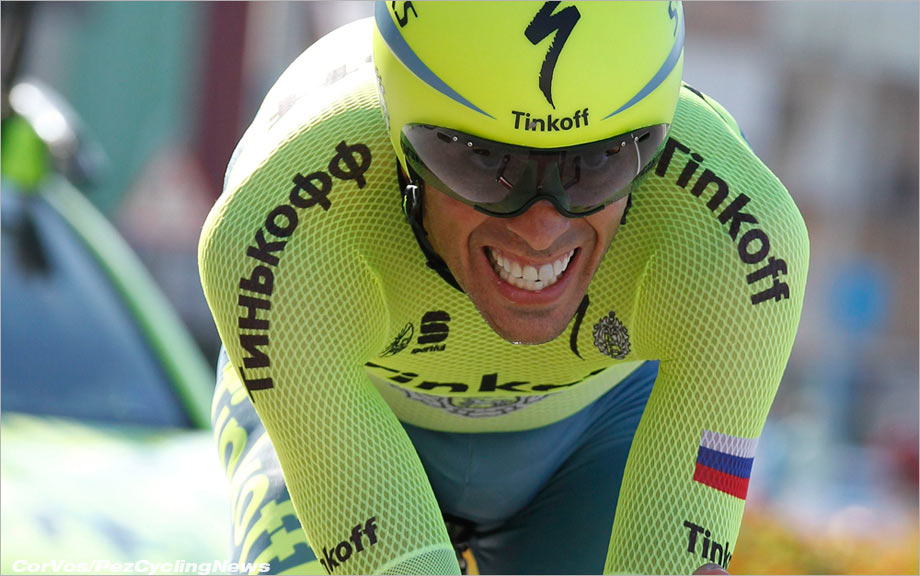 3. Alberto Contador – 8th on Stage 19 @ 1:57
A solid TT for Bert combined with Esteban Chjavez’s terrible ride moved Contador one place higher on GC to 3rd overall. The best stage racer of the modern era has a had a tough run this summer. Crashing out of the Tour, and then taking another big hit early in this Vuelta, Contador has been punching off the back foot almost since the start. The fact that he’s in 3rd overall is amazing, but that’ he refused to give up, and keep throwing punches wherever he can puts him atop my list of favorite GC riders. Riding much of the race with a massively taped up leg, he’s had almost no business being at the front – but for a guy who refused to succumb to the mind games of the most Machiavellian rider of all time to beat Lance at his own game – there’s no counting Berty out until the time clocks have stopped.

4. Esteban Chavez – 24th on stage @ 3:13
A horrible day for the other tiny Columbian climber – Chavez was off the pace today right from the start. He’s the only guy not in the Quintana-Froome-Contador club who’s been able to hang on the big climbs, and while his last couple of seasons have shown a steady progression as a GC rider, he’s gonna have to learn how to time trial if he wants to join that Winner’s Club. Starting 2 minutes ahead of Froome and only 20 seconds behind him on GC, Chavez had lost 1:20 by the first time check at 12km, and it just got worse from there. There’s no question he’s one of the best climbers in the race, and that’s why losing his podium spot like this has to majorly suck – and it’s also why he should be super-motivated for tomorrow’s stage where he needs to make up about 45 seconds on 3rd place Contador.

5. Andrew Talansky – 7th on stage @ 1:54
The top placed US rider in the race has had a weird year – he skipped the Tour (what was to be his focal point of the year) due to poor form and personal issues, then showed some very good form at Utah winning stage 6, then spent most of the Vuelta hovering in those placings that are easy to overlook. In the last few stages he’s started to show himself on the climbs and today was the best of the GC Top 10 riders after Froome. His form is coming on strong but with just one stage to go – he’s gonna need something very special tomorrow if he wants to make up the roughly 3:30 to overtake Contador to make this podium.

Bottom line is that we’re gonna see some good racing tomorrow – every rider in the top 5 is fighting for position and with 5 rated climbs over 193km, including the 21km brute to the summit finish – it’ll be one to watch. 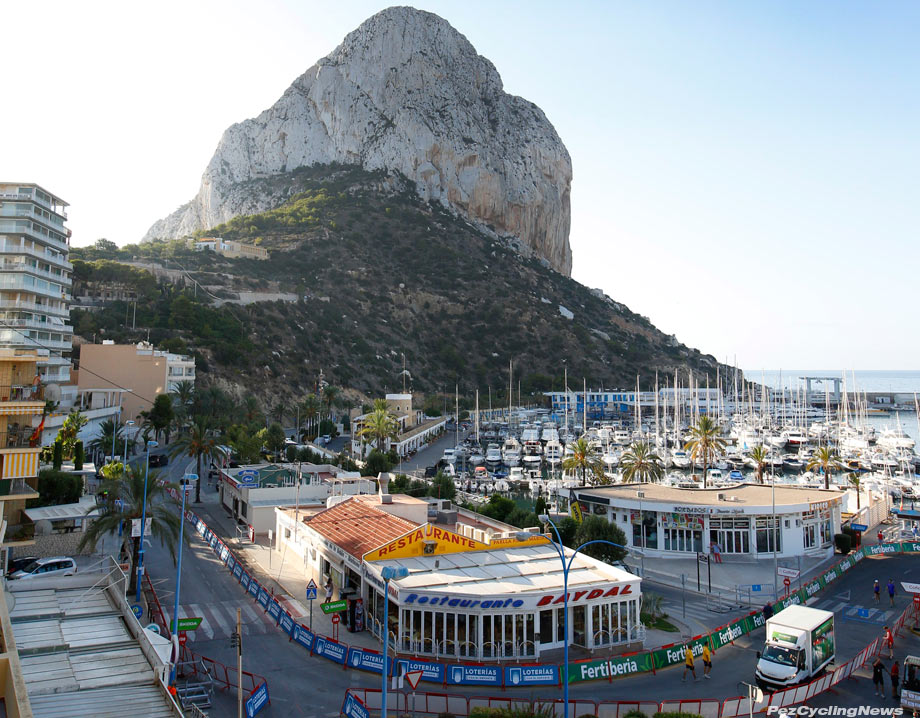