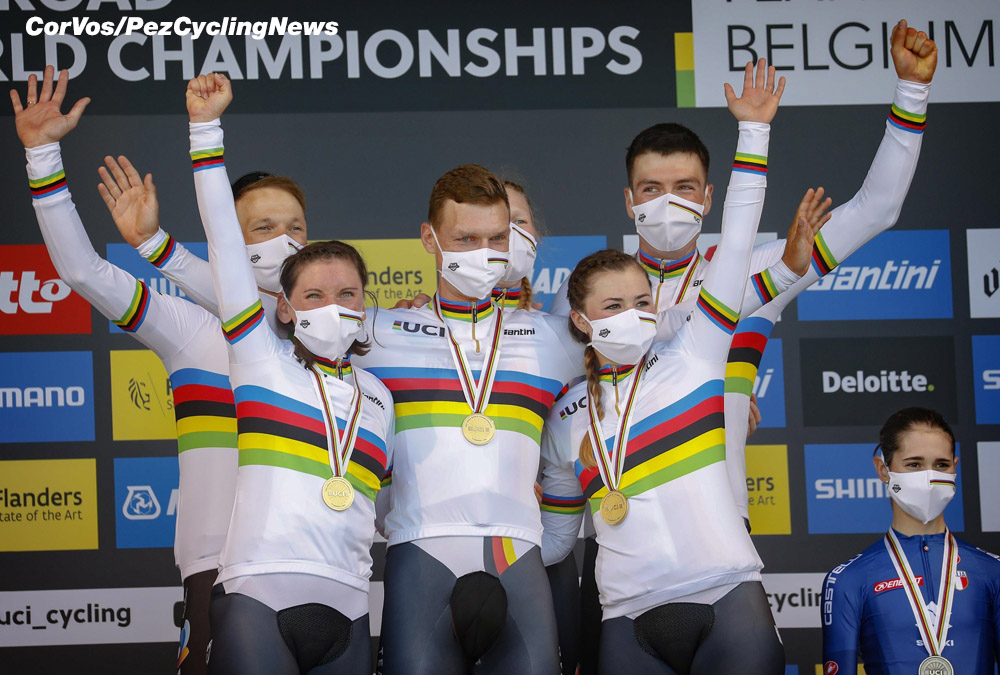 Today the field of participants was divided into three blocks. Of the first starting group, Poland was the fastest team, but their time of 54:12 was not nearly enough to even have a chance of a podium place. In the second group, the fight between Great Britain and Switzerland was especially interesting. The Swiss men were slightly faster, after which the women managed to increase the lead. A time of 51:26 was the new target time for the next countries.

Successively Belgium, Denmark, Germany, Italy and the Netherlands started in the last block. First the men raced from Knokke-Heist to Bruges (22.5km), while after the relay the women raced a loop of 22 kilometres around Bruges, arriving at ‘t Zand. 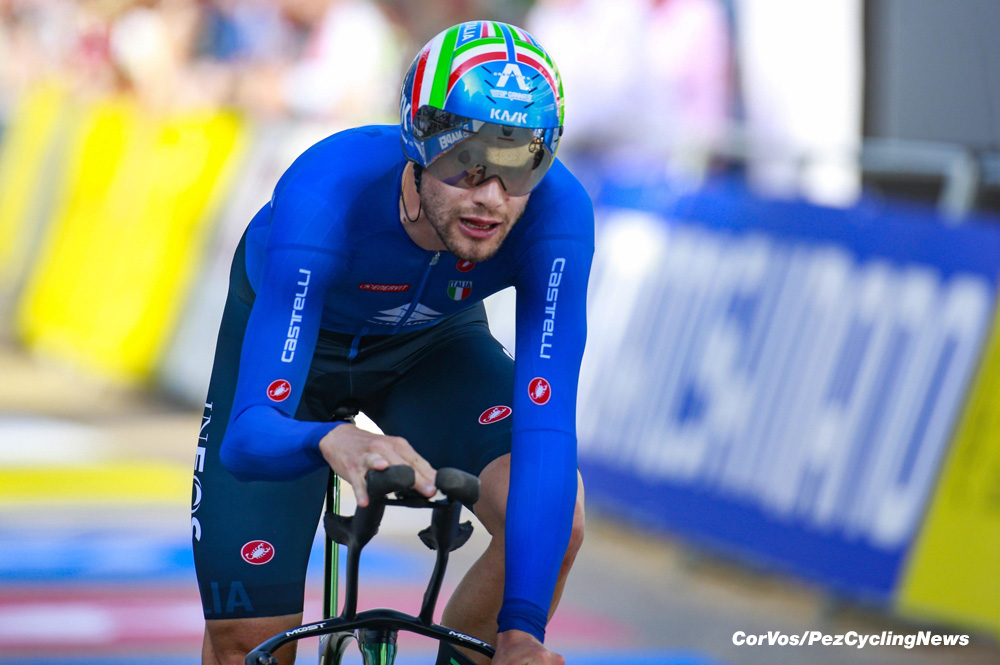 Of those countries, Italy was by far the fastest. Filippo Ganna’s train clocked 24:18 (average 55.5km/h). Germany at the halfway point went through at 19 seconds, Denmark at 32 seconds and Belgium at 33 seconds. The Dutch men lost 42 seconds, a deficit that the women had to rectify. 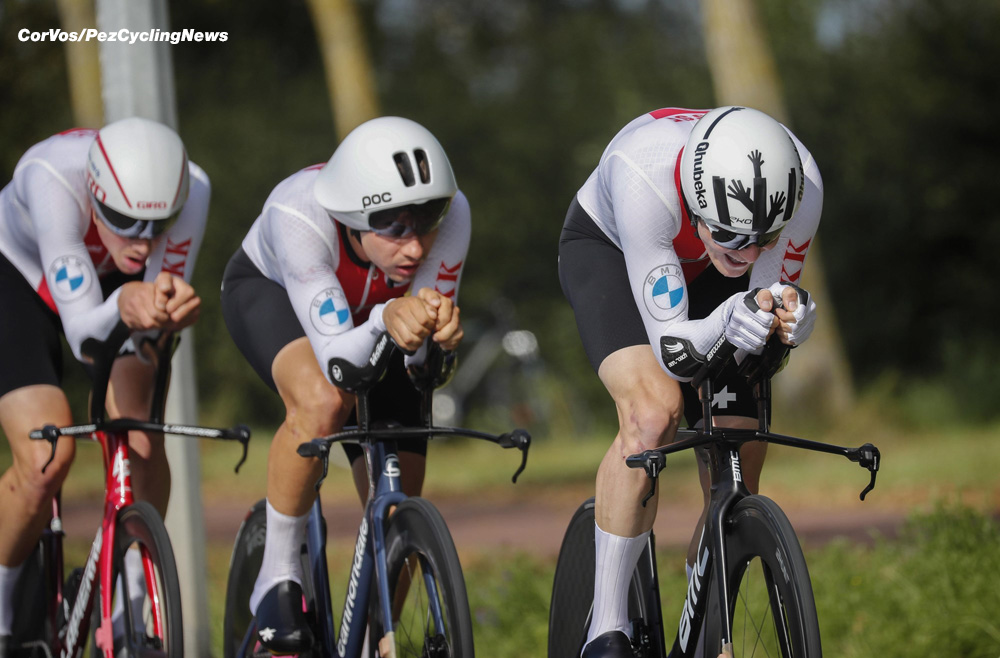 The Italian women had already lost the men’s lead at the intermediate point. Germany had the top time after 36.1 kilometres, but the Netherlands were 15 seconds and in second. Italy had dropped to third place. 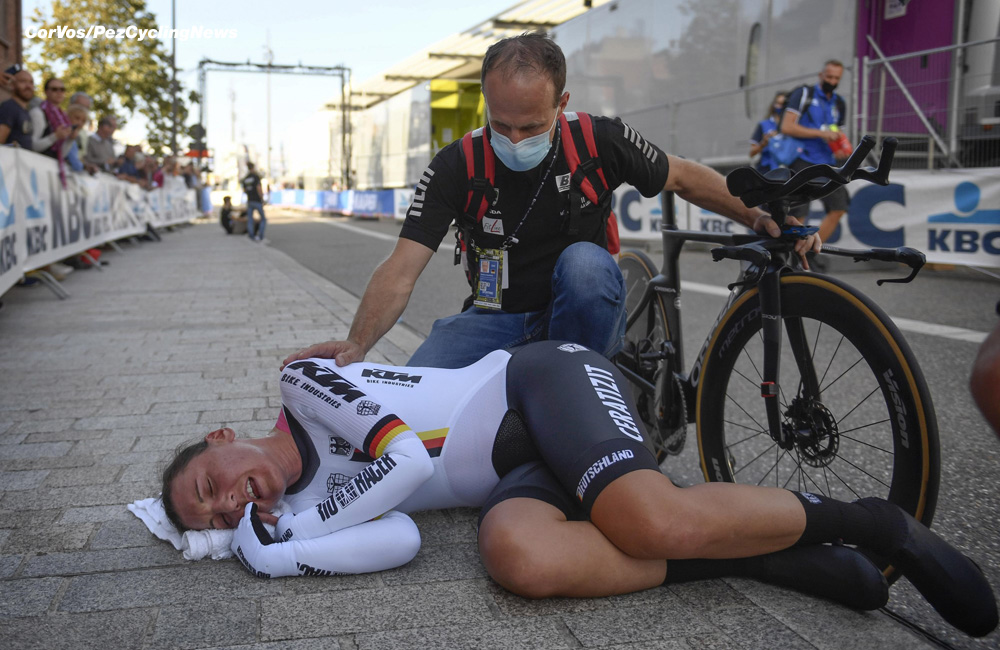 Lisa Brennauer, Lisa Klein and Mieke Kröger then set Germany’s finishing time at 50:49, 37 seconds faster than the provisional best time of Switzerland. Italy dived five hundredths of a second below the time of the Swiss and managed to pick up a medal. 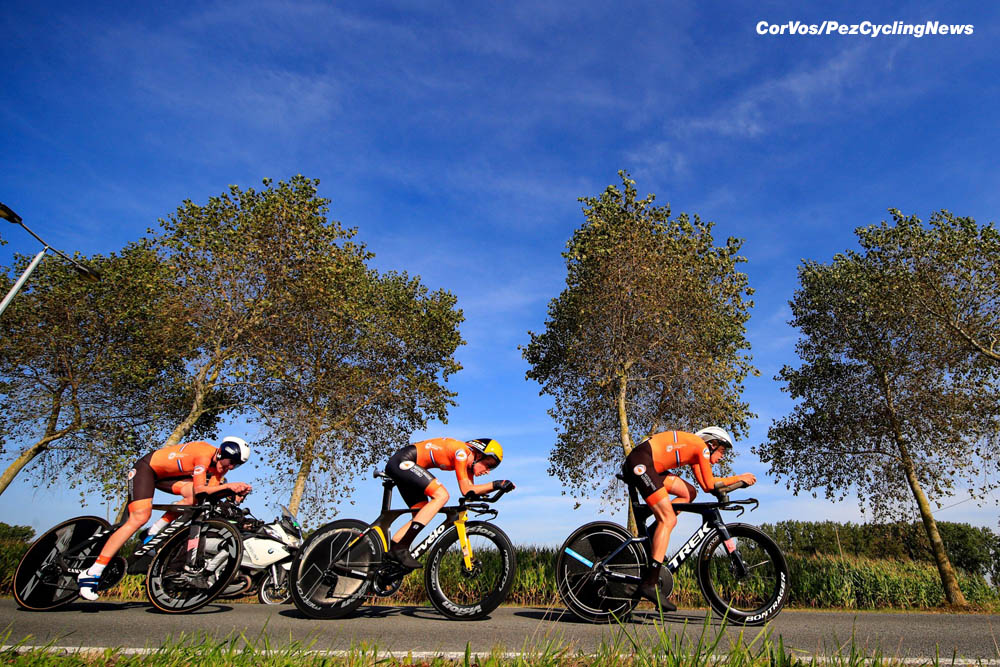 We had to wait for the Netherlands, where it was up to Ellen van Dijk, Annemiek van Vleuten and Riejanne Markus to beat Germany. However, that didn’t happen. At the finish, the difference between Germany and the Netherlands was 12 seconds, and so the Dutch lost the 2019 World title. 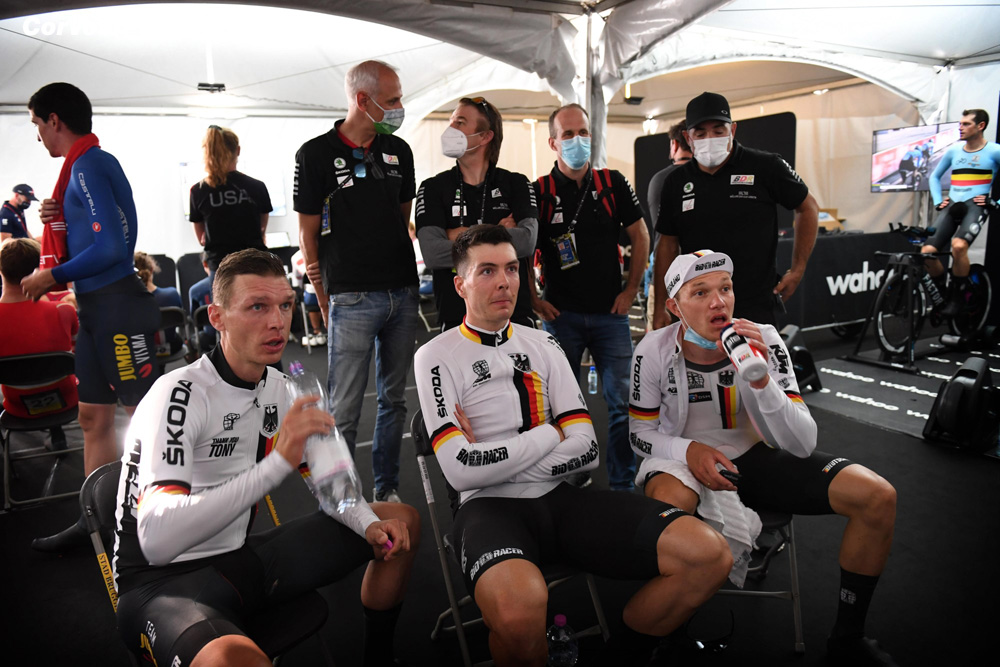 It was a special day for Tony Martin. This Mixed Relay was the last race of his career for the four-time World time trial champion. Together with Max Walscheid, Nikias Arndt, Lisa Brennauer, Lisa Klein and Mieke Kröger, he picked up the gold in Bruges. 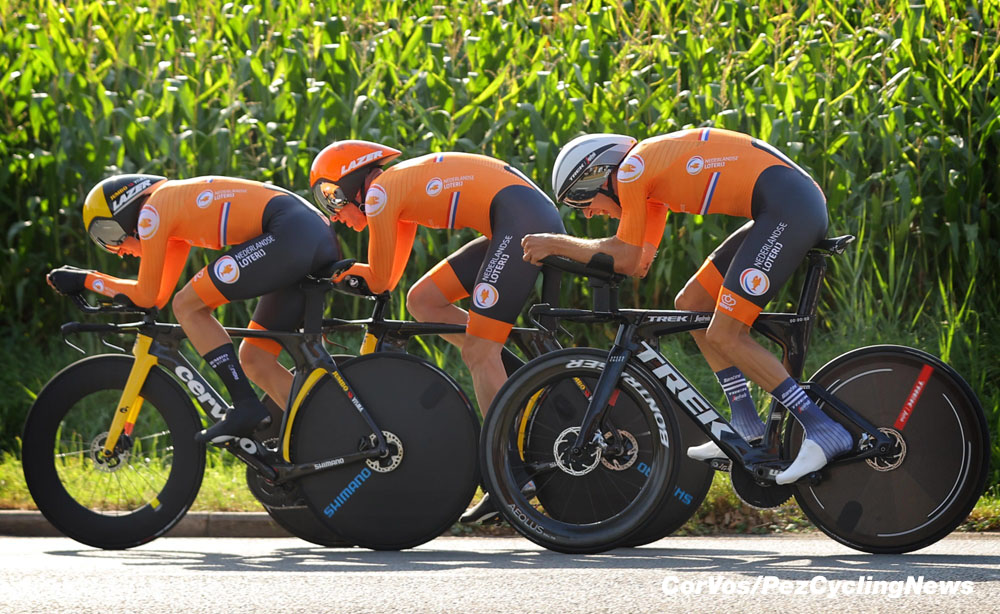 The home team of Belgium had to settle for 7th place, 1:21 minutes behind the new World champions. 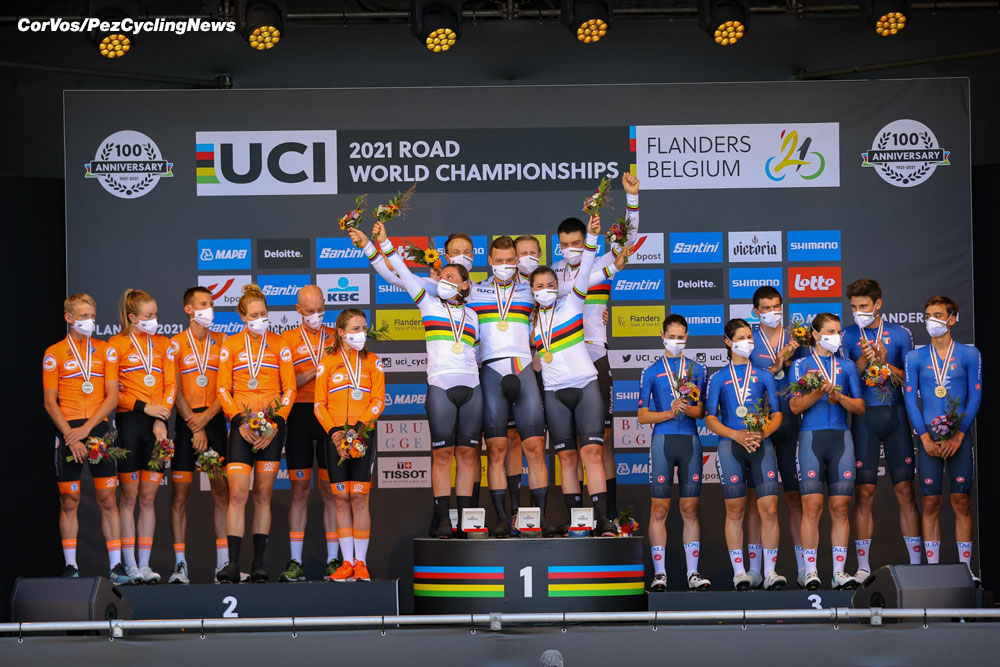