Who's hot for the road race

Ten Takeaways for the Worlds: Sunday’s time trial World championships was a nail-biting battle between Filippo Ganna and Wout van Aert, well ahead of third placed Remco Evenepoel. Spencer Martin looks ahead to the road race with ‘Ten Takeaways’ from the TT. 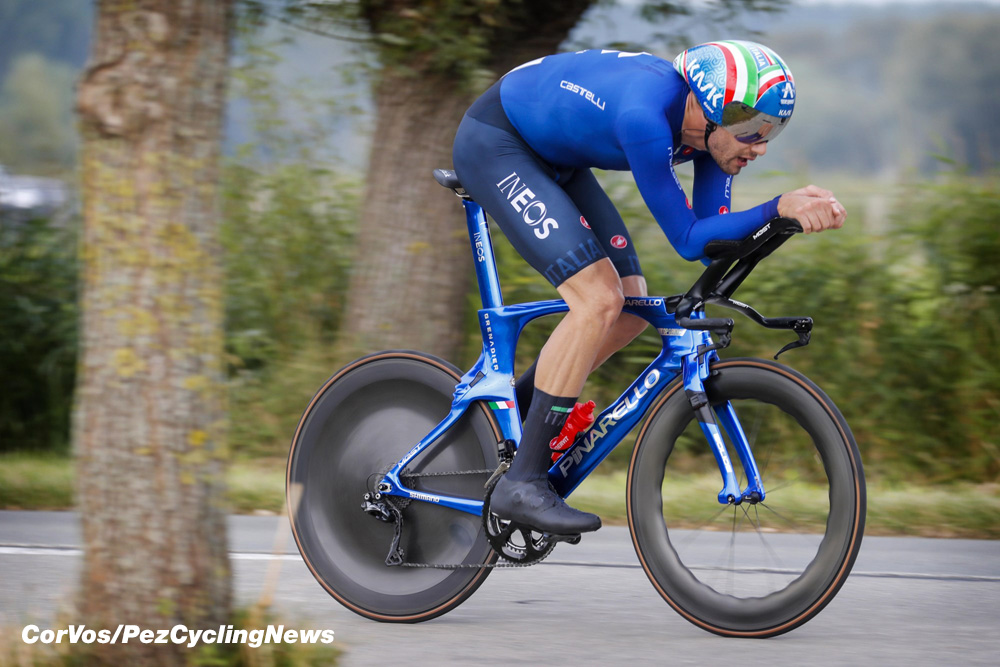 In a duel of the most exciting time trialists in the sport, Filippo Ganna beat Wout van Aert at the World Time Trial Championships on Sunday in Bruges, Belgium. The statuesque Italian looked unhurried on the course and fell behind to Van Aert through the early time checks, but his ability to churn a massive gear over the flat, straight roads allowed him to overcome his deficit and handed Van Aert a devastating defeat on his home roads by a mere six seconds. The two titans of the clock were heads-and-shoulders above the rest, and the fight for the final podium was all that remained for Remco Evenepoel, who put in a great performance to finish two seconds ahead of Kasper Asgreen. 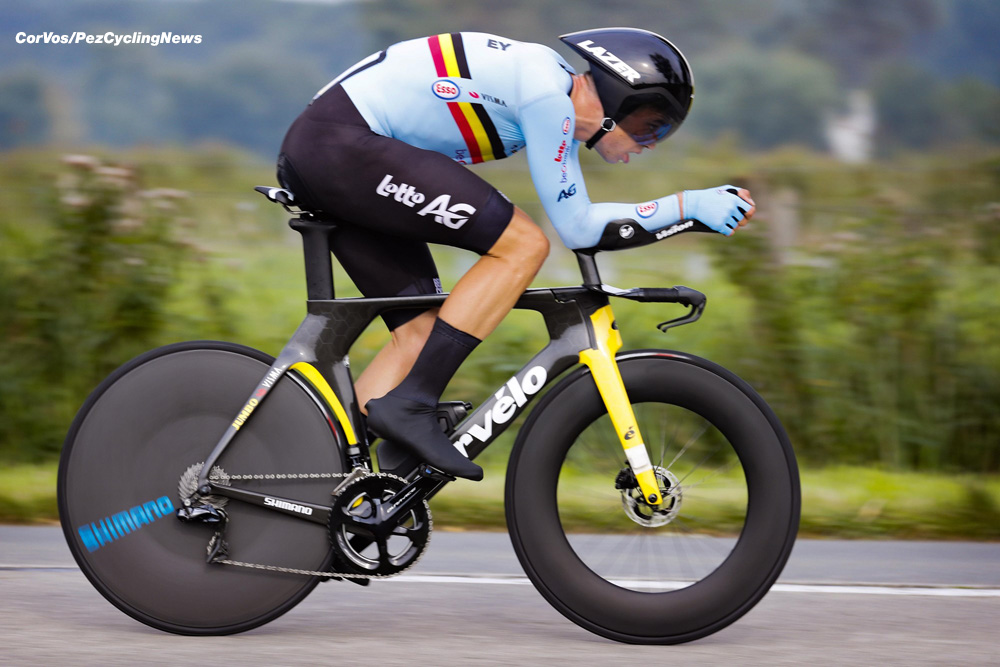 1) Filippo Ganna was incredible and yet again shows he knows exactly how to peak at just the right time. Just last week, everyone was writing him off after he was beaten by Stefan Küng at the European TT championships, but he came back with an all-time performance to prove he is one of the most impressive time trialists of all time. 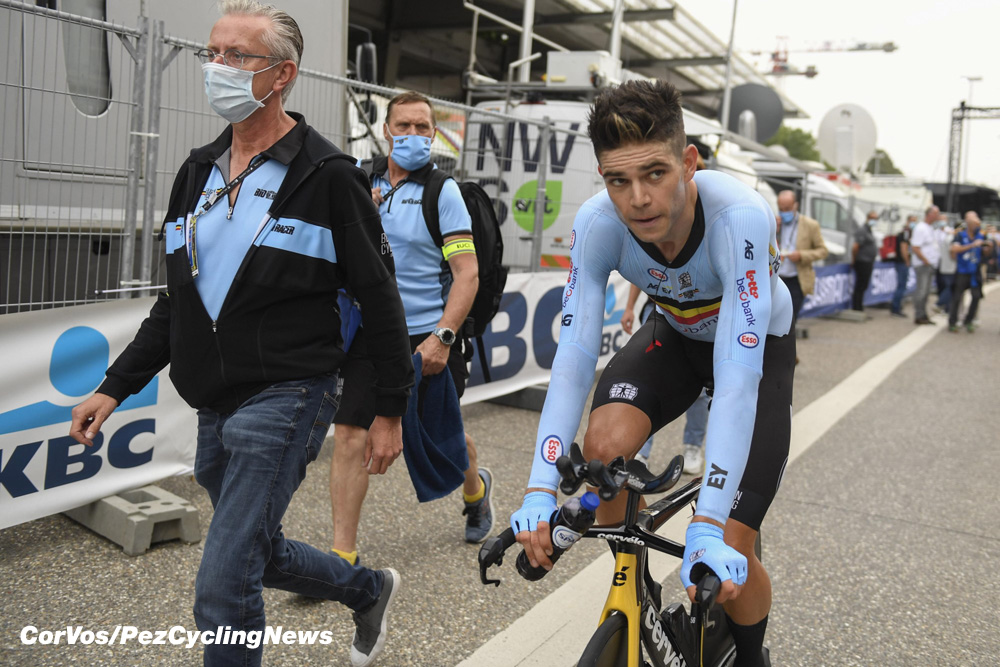 2) Wout van Aert suffered a crushing defeat on his home Flemish roads and got his fourth silver medal in international road competitions. 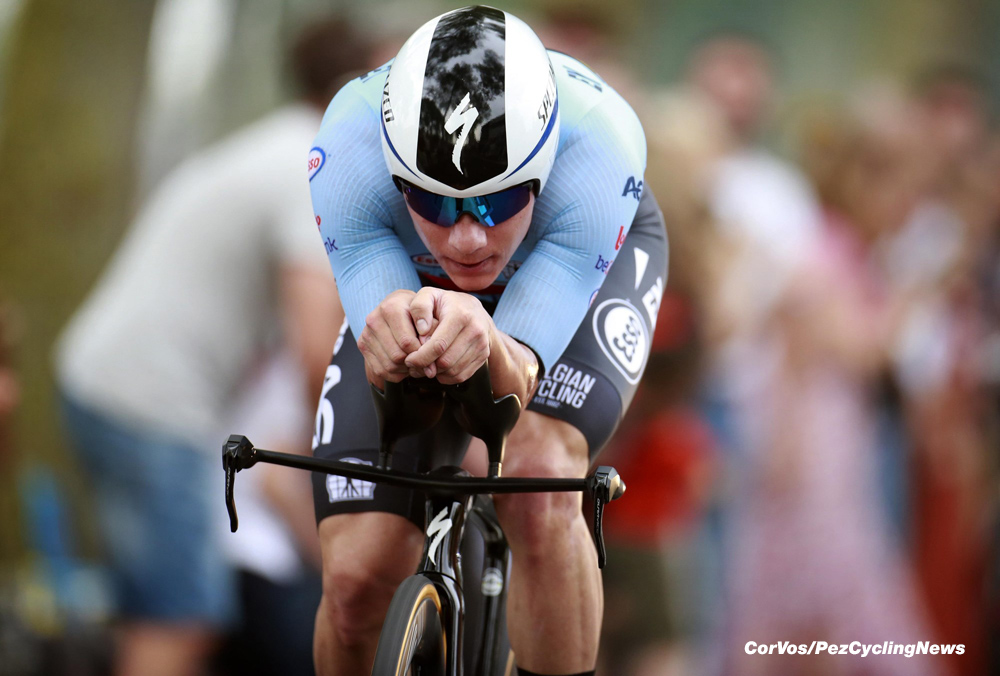 Evenepoel – Third, but the best of the rest

3) Remco Evenepoel gets third place against two absurd talents and also should feel great about his performance. 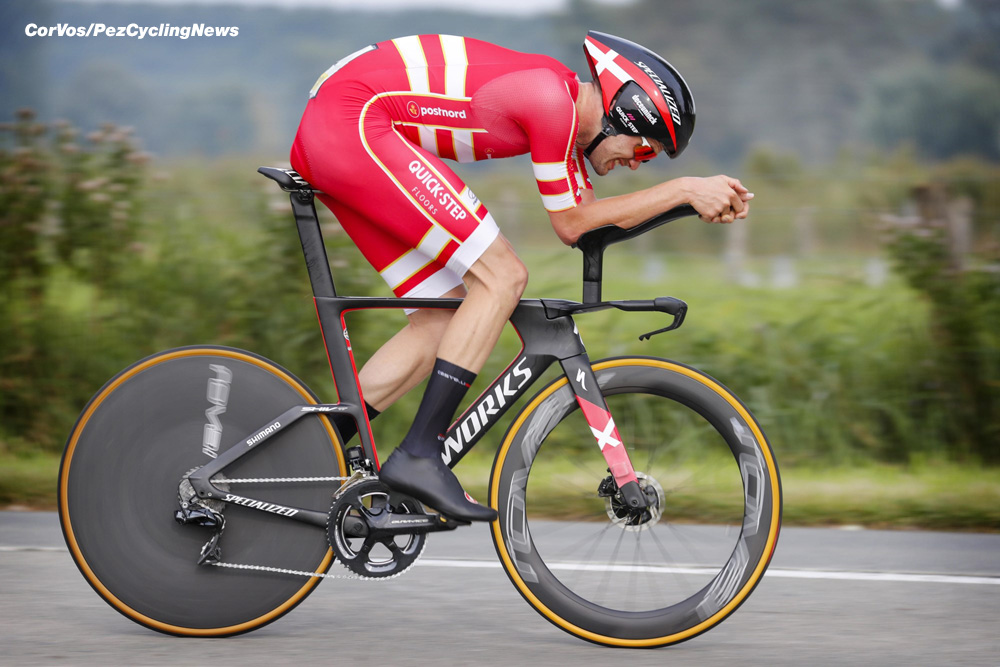 4) Kasper Asgreen, the winner of Tour of Flanders earlier this season, finishes in fourth place, two seconds behind his Deceuninck – Quick-Step teammate Evenepoel. 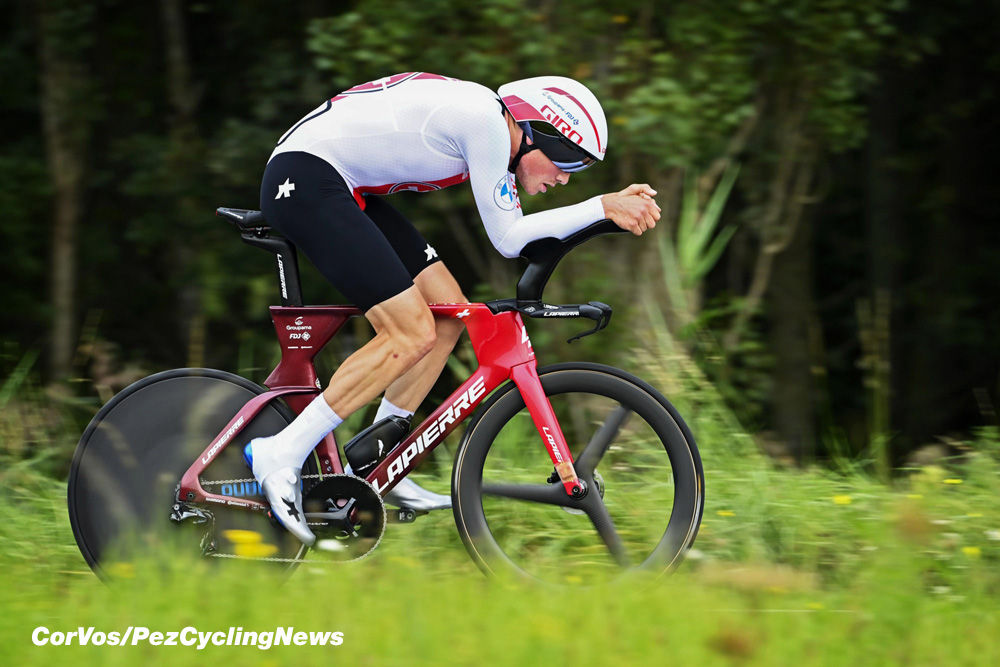 No medal for Stefan Küng

5) The average speeds of Ganna and Van Aert, both of whom averaged over 54km/h for close to an hour, were staggering and show just how far the form has advanced in recent years. 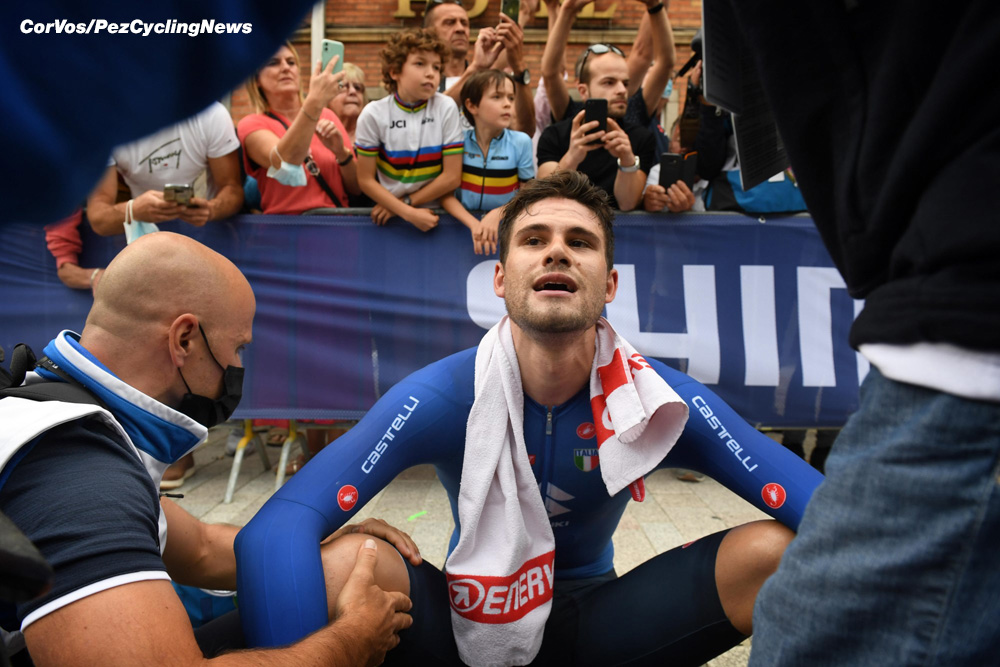 Ganna – King of the TT

6) On that note, both the depth and versatility of the talent we are seeing in the modern time trial is re-shaping the event. Every rider on the podium has won a non-time trial world tour mass-start road race in the last two seasons. 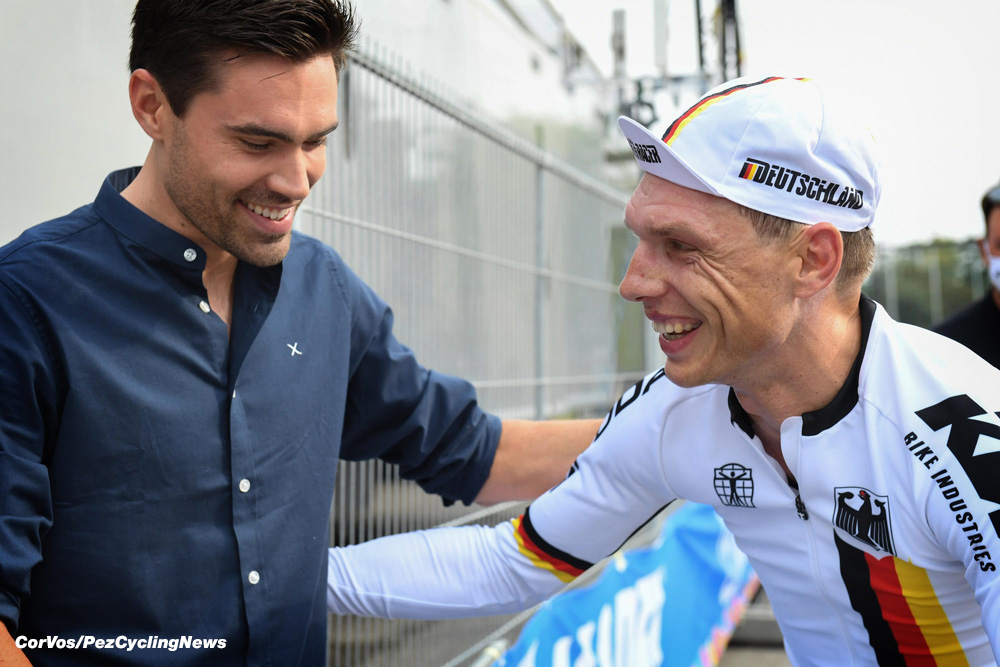 The last ITT for Tony Martin – Congratulations from Tom Dumoulin

7) Tony Martin, once the purest of time trial specialists, finished 6th with the exact same average speed, 52.9kp/h, which won him the event back in 2013. 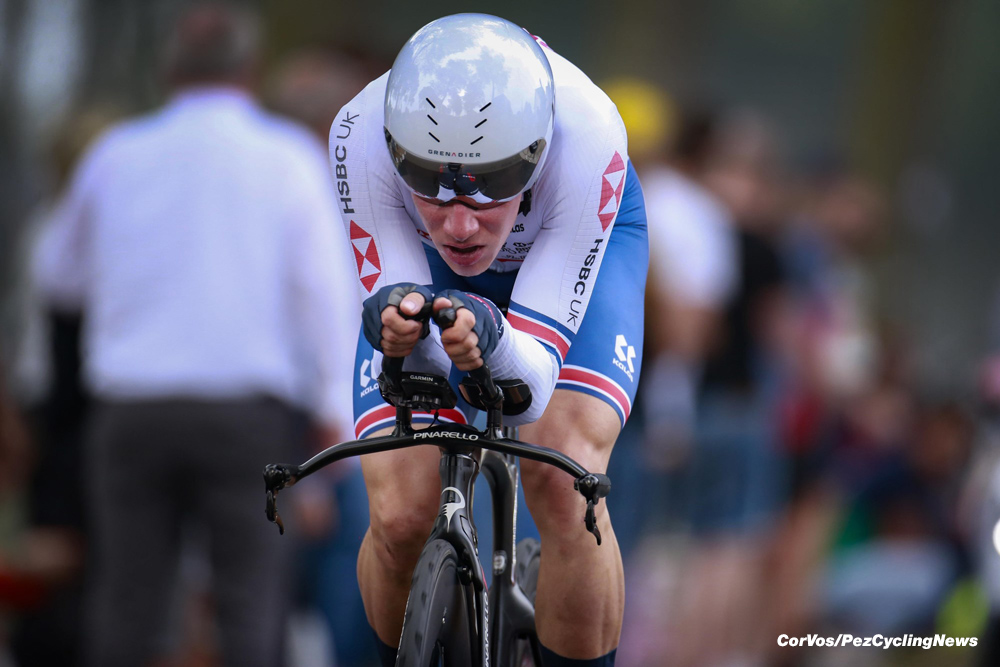 8) Ethan Hayter, the 23-year-old Ineos rider, who had a breakout performance at the recent Tour of Britain, finished a surprising 8th place, which is by far his best career time trial result. 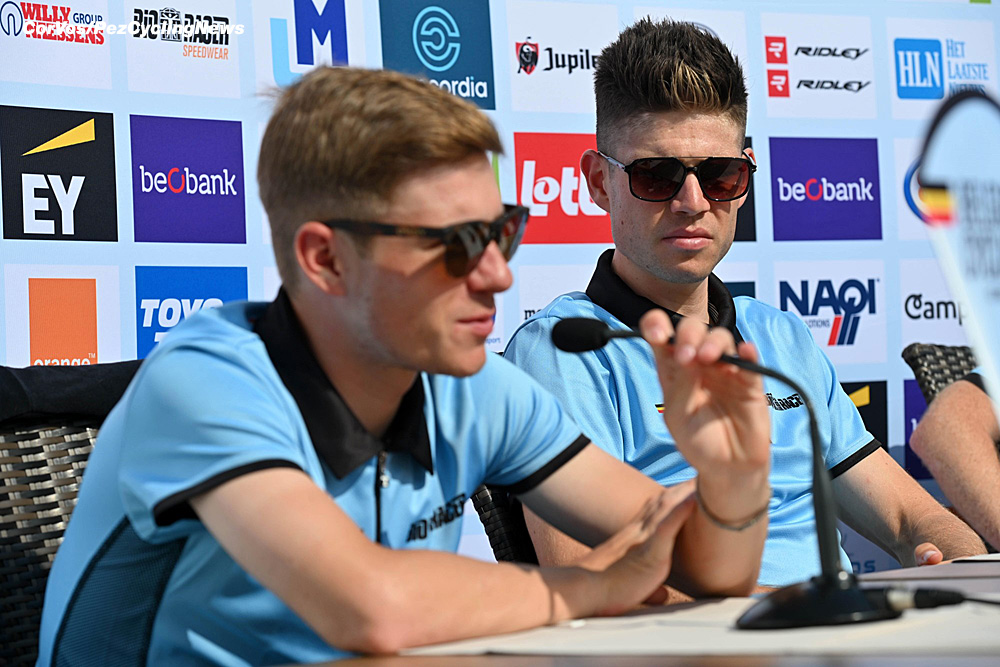 Belgium has the top cards – Evenepoel and Van Aert

9) The time trial confirms that Wout van Aert is extremely fit and should be considered the favorite for the upcoming road race. 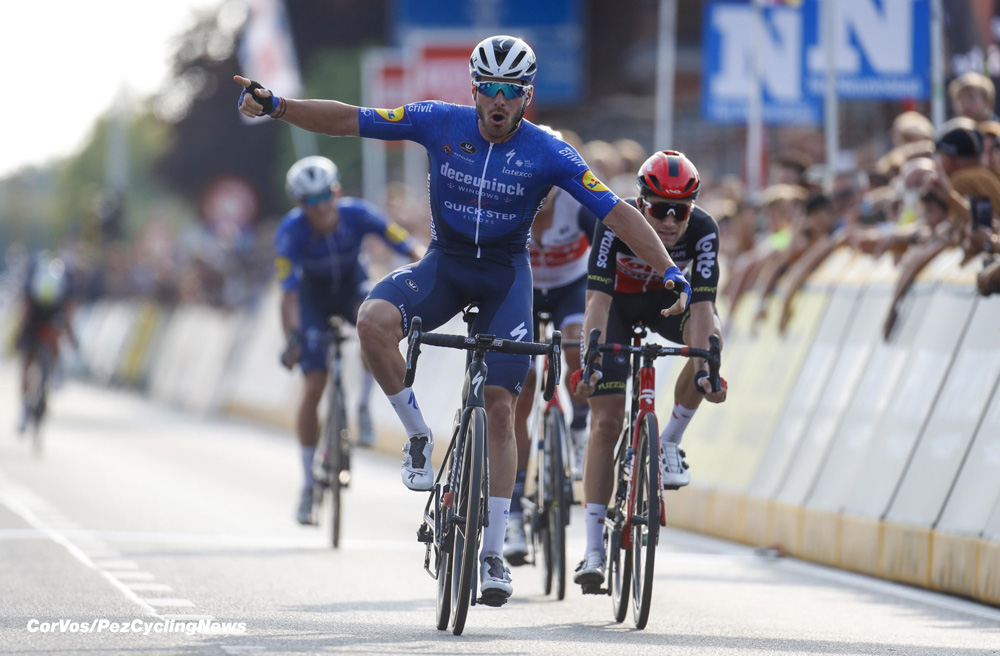 Sénéchal won the Primus Classic at the weekend 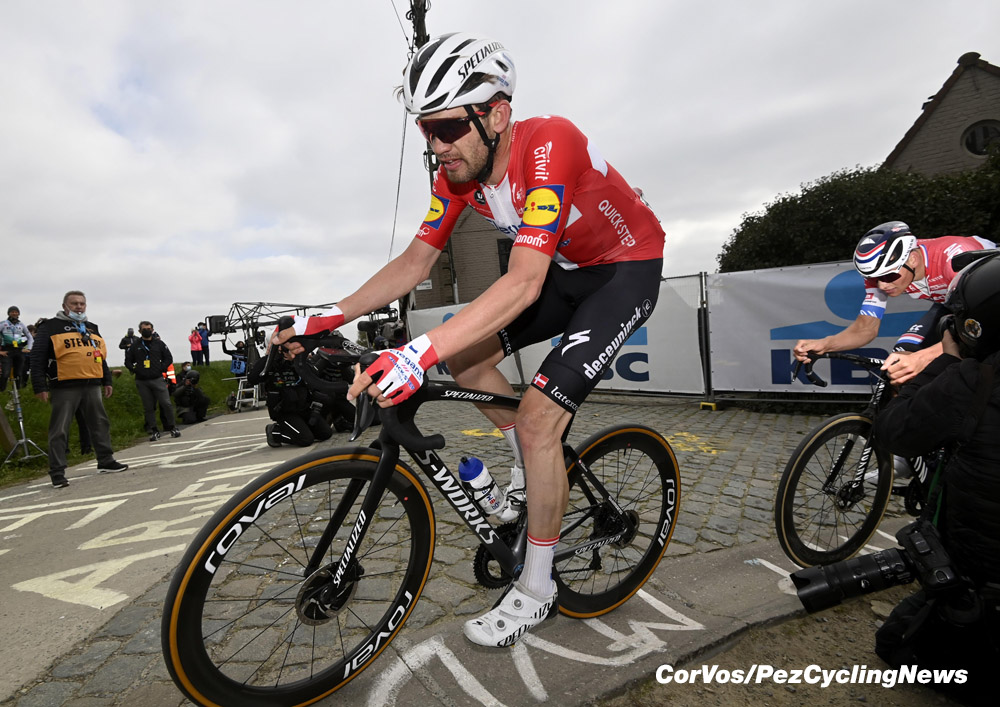