Worlds Race Report: After her stunning victory in the individual time trial, Zoe Bäckstedt won the junior women’s road race. In Wollongong she was again by far the best on Saturday. Eglantine Rayer beat Nienke Vinke in the sprint for second place. 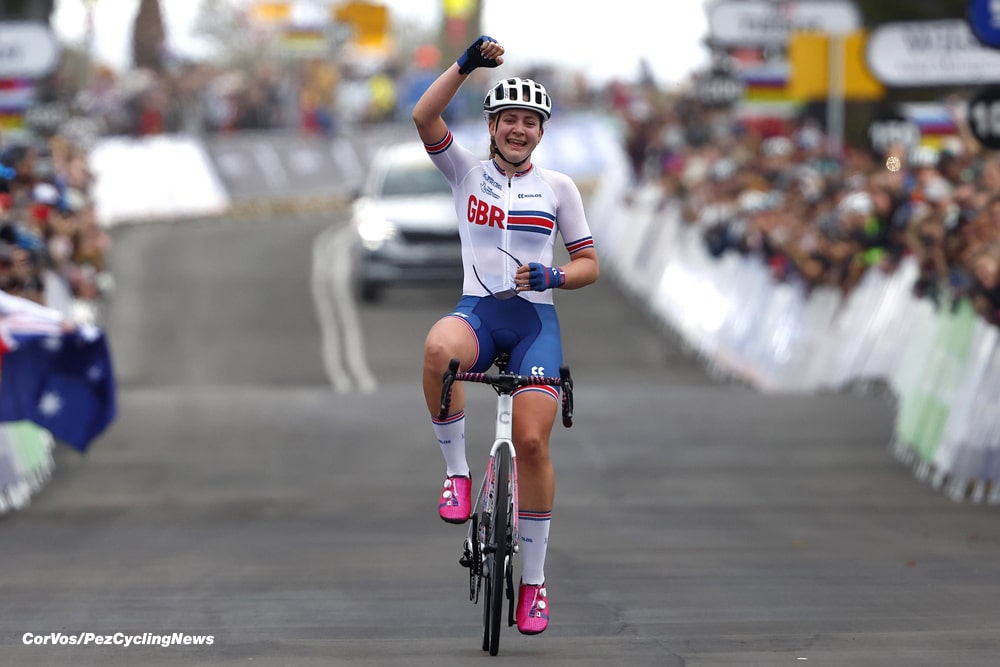 Worlds’22 win No.2 for Zoe Bäckstedt

Four laps on the menu for the junior women, covering a course of 67.2 kilometres. On the first lap Bäckstedt rode away from the competition, only to be seen again after the finish. 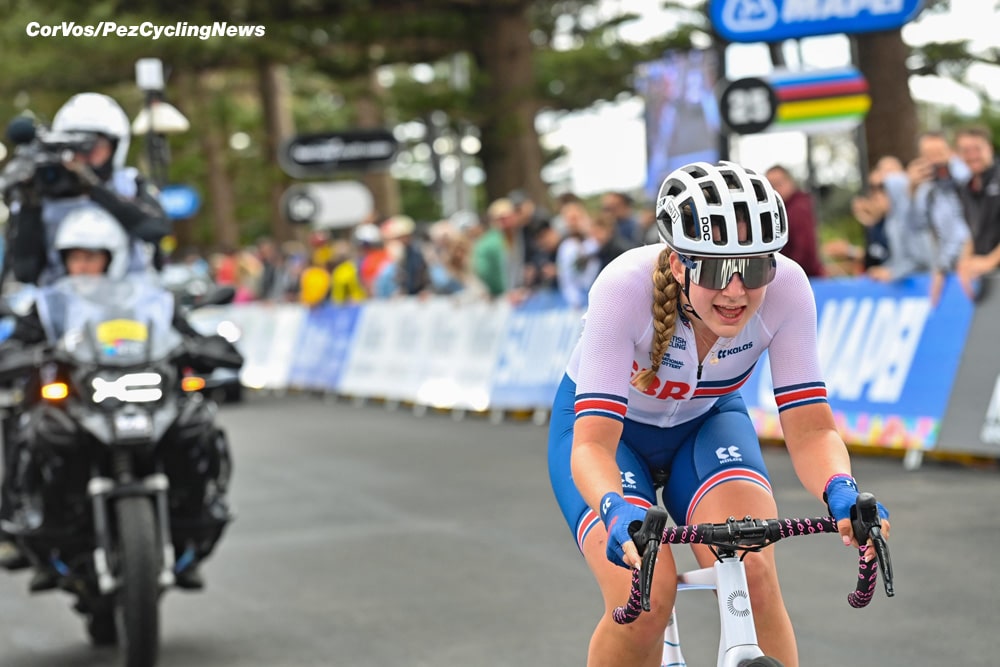 On her birthday, Bäckstedt treated the fans to a long solo. Behind; the battle for the other medals was more exciting. Nienke Vinke was joined by Eglantine Rayer the last time over Mount Pleasant. 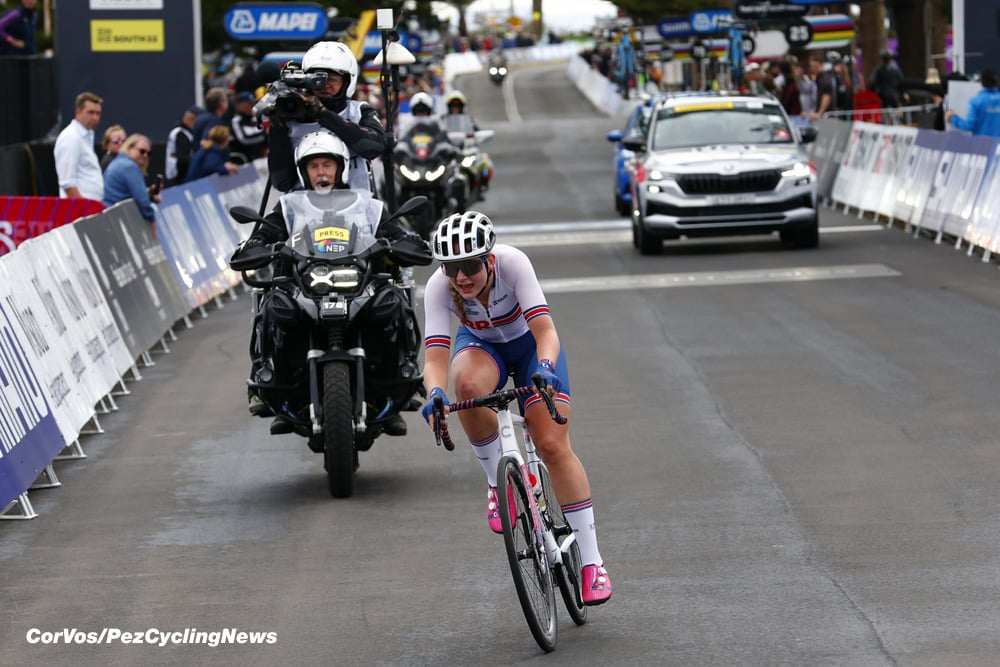 The two sprinted it out on the coast for the silver medal, the reigning European champion taking the second place and the silver medal. Vinke was not disappointed when she received the bronze medal on the podium. 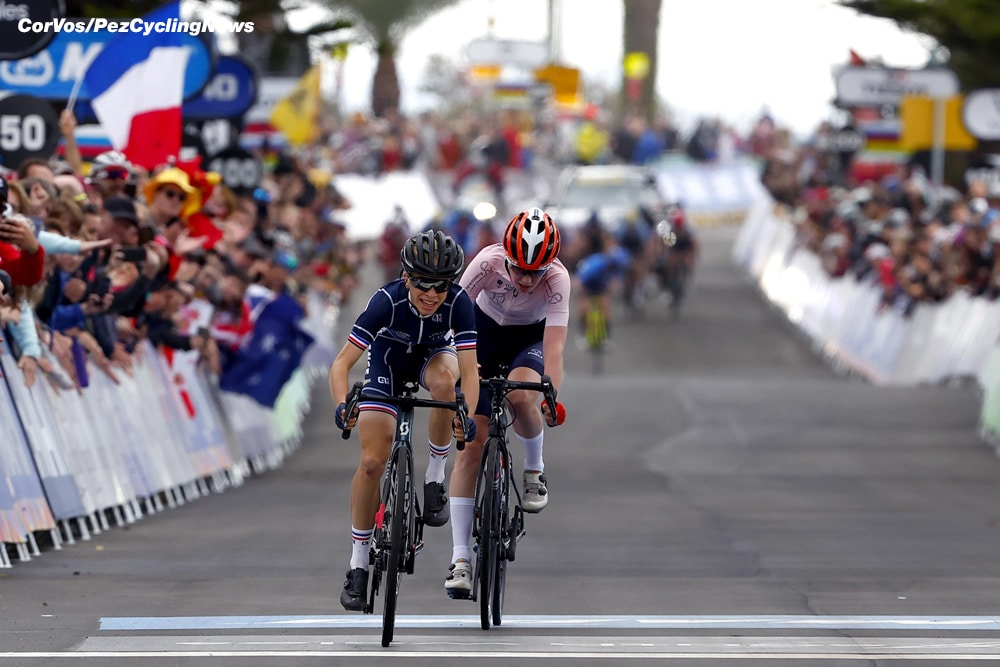 Rayer took the sprint for second from Vinke

It has happened three times before in the junior women’s race that a rider took the double at the World championships. In 1999, Geneviève Jeanson was the first, then Nicole Cooke (2001) and Chloé Dygert in 2015. Cooke is also on the list of riders who won the junior road race twice in a row in 2000 and 2001. Lucy van der Haar, then Lucy Garner, won in both 2011 and 2012, while Amalie Dideriksen took the rainbow jersey in the following two years. 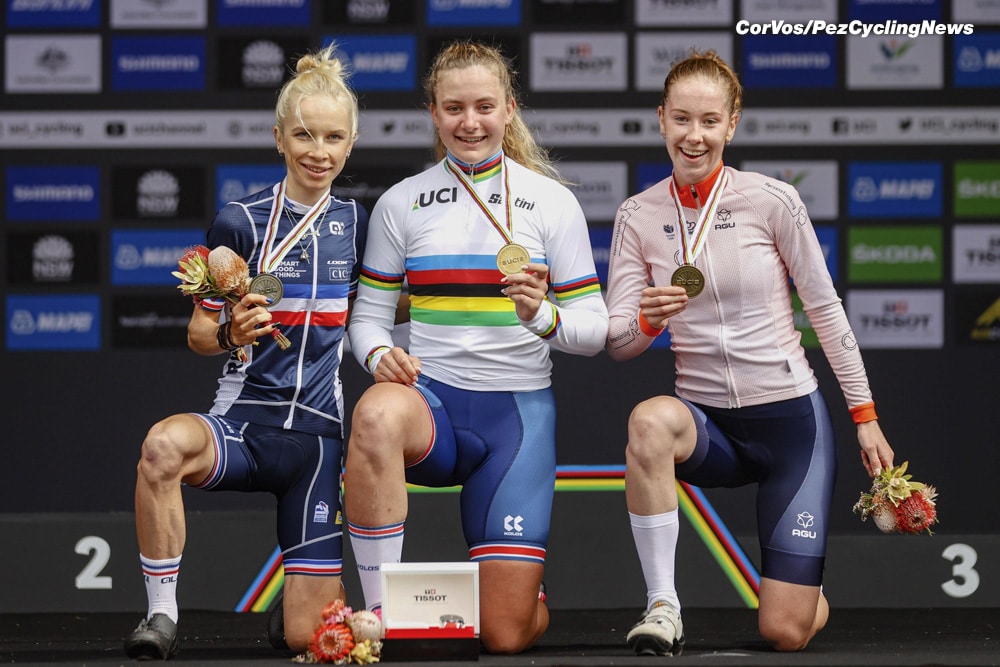