Time was first made famous by their clip-less pedals, but where the French company’s artistry comes into its own, is their carbon frame construction. Brian in Folsom has a perfect example, his Time VXRs has that naked carbon weave with the bonded lug and tube system. Simply beautiful. 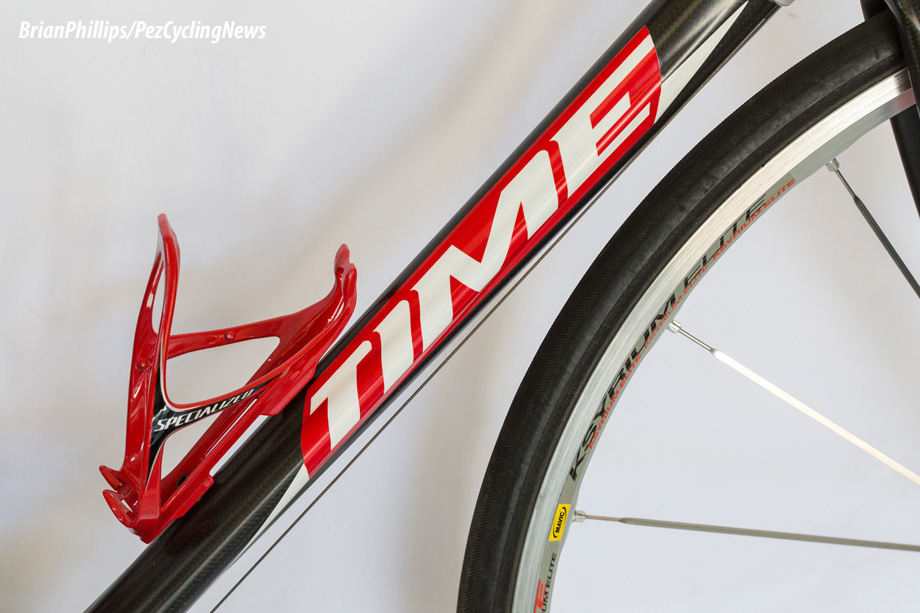 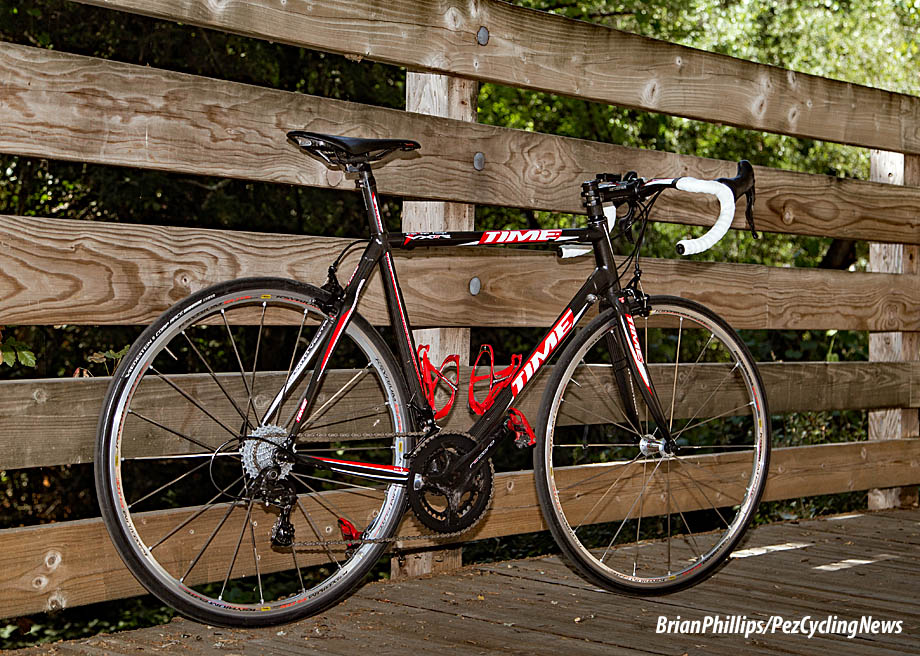 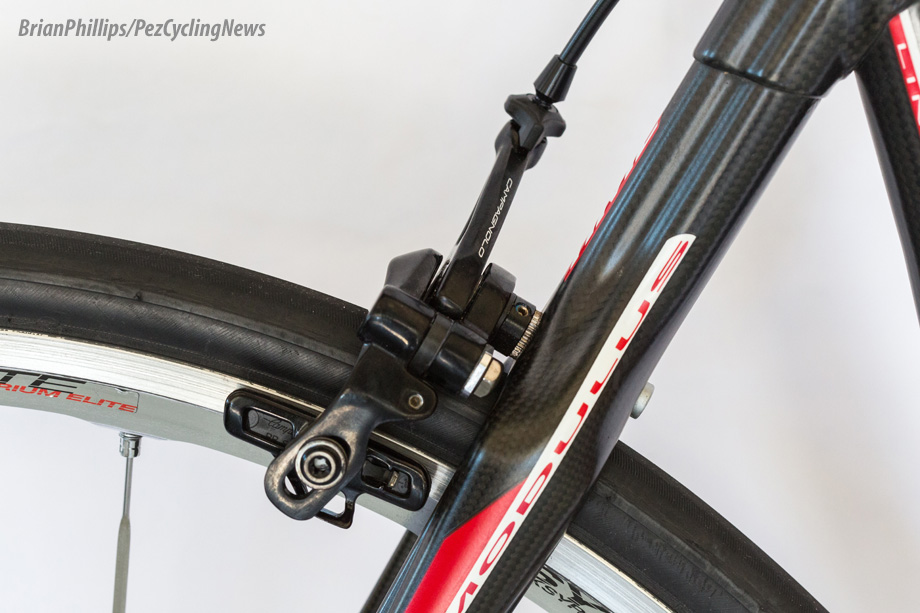 What’s the story on the bike?
I work for an auto insurance company, and 12 years or so ago, the company used to have bikes available for employees to bid on. These were bikes that had been involved in accidents with cars that we insured. The company would pay off the owners of the bikes then keep the bikes. The bikes and components would then be put up for bid on the company web site. I got a few great deals that way, including a first generation Specialized S-works with all Dura-Ace for about $500. The Specialized was so new that the chain wasn’t even dirty yet. All that was wrong with it was some damage to the carbon fiber rear wheel. So, one day I noticed this Time frame sitting in one of our storage rooms. It looked to be about my size and I could see nothing wrong with it, other than the headset having been neglected. It also had a Fizik Arione saddle on it, which happened to be my saddle of choice at the time. I asked one of the managers about it and was told to make an offer. So I offered $85 and took it home. I know it can be risky riding a carbon frame that’s involved in a collision, but the price was right and I’ve been riding it for about 10 years with no issues. 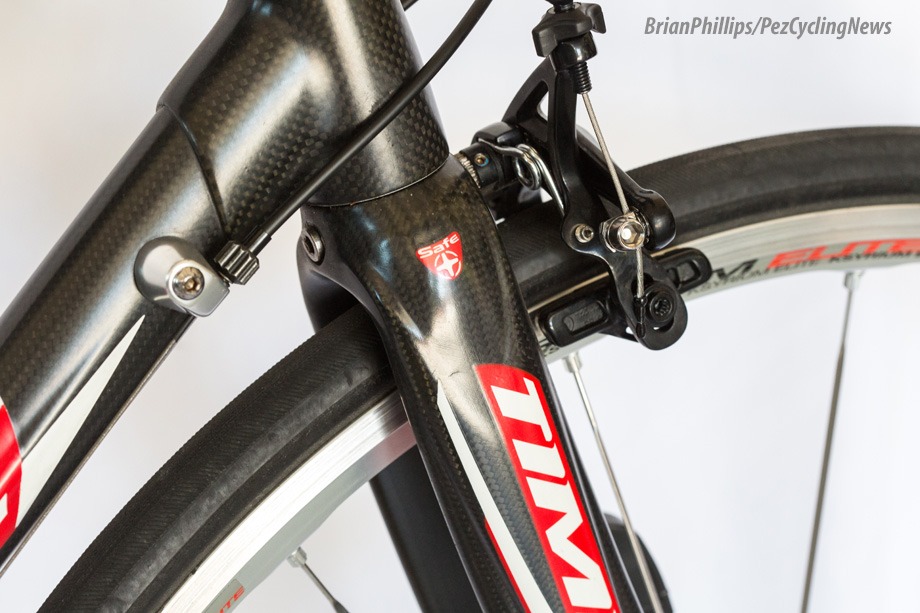 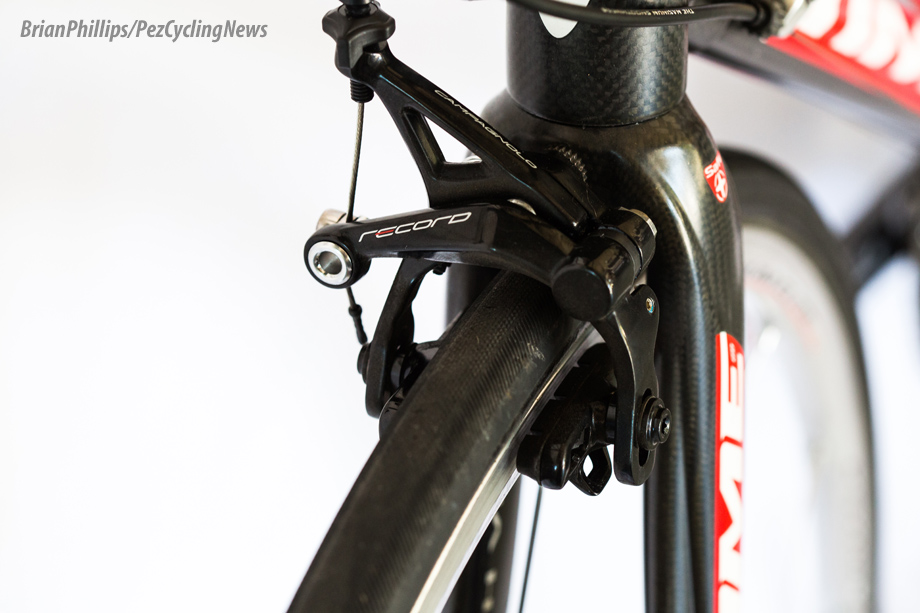 When I took it home I had a constant rotation of bikes and frames and components in my garage. I built it up with mostly Dura-Ace parts and an FSA carbon crank that I had sitting around at the time. I can’t recall when or how I got the bar and stem but I love the feel of those bars. The Time and the S-works were my two road bikes for a number of years. The Specialized got used more in the hills, as it was a tad lighter and had a compact crankset, compared with the 39/53 gearing on the Time. Between the two, the Time always felt a bit more solid. The Specialized was a first generation S-works before they beefed up the tubes. The Specialized eventually got sold two years ago and replaced with a new BH G7 Aero; a bike with disc brakes and Di2. By then, the components on the Time were getting pretty dated and I’d been wanting to upgrade it to bring it into the modern era, yet still keeping with manual shifting. I rode Campagnolo components in the 80’s like everybody else did back then, and I really lusted after the new stuff. I thought that the combination of Italian components on a French frame would be a great match. I also appreciate the fact that Campy components are not as ubiquitous as Shimano or SRAM. So, recently I splurged for the Campy gruppo and have been very happy with it. Maybe it’s the stiffness of the crank-arms or less friction in the bottom bracket, but the bike accelerates and climbs much better than it did when I had an FSA crank and cartridge bb on it. I now find myself preferring it to harsher ride of my BH. I wanted to keep with manual shifting, since I have Di2 on the other bike. 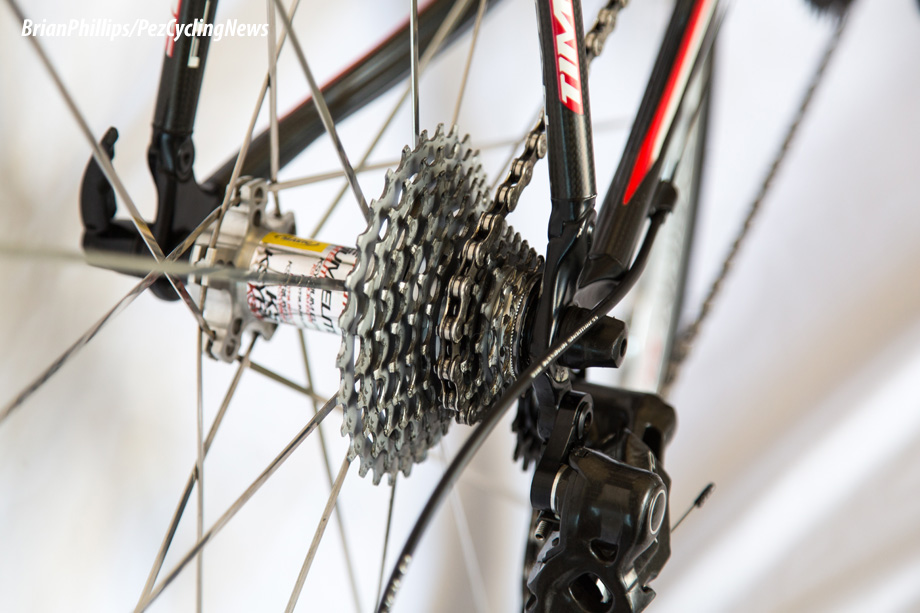 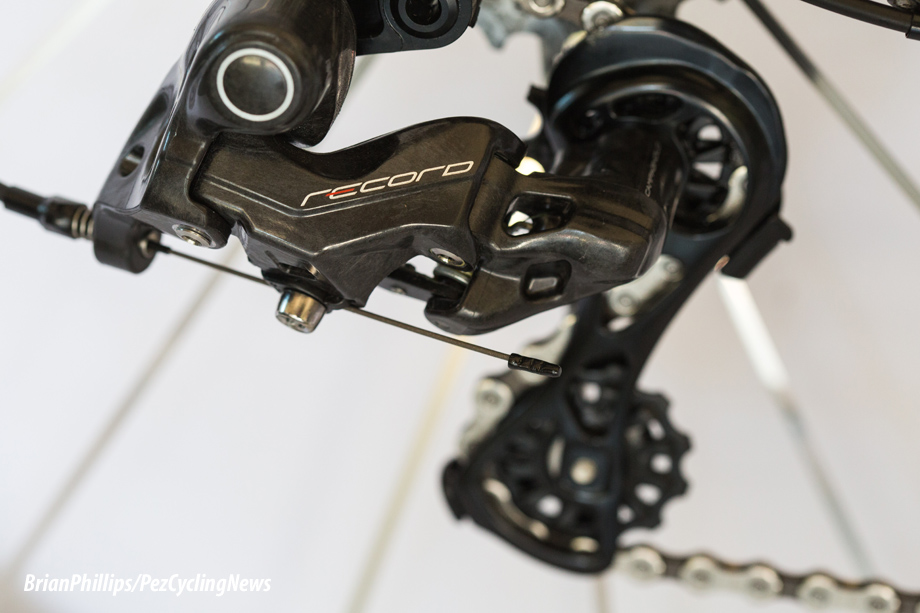 What do you love about this bike?
As I said, I like the combination of French and Italian products. I’ve travelled to Italy and France and love both of them, so this is the perfect match! I like the fact that Time manufactures all of their carbon fiber frames, rather than outsourcing to Asia like even the top Italian companies do now. It’s also a frame with quite a bit of history. Riders like Tom Boonen, Paolo Bettini, and Thomas Voeckler have all had great victories on this bike. It’s old enough to have some vintage history, yet modern enough to be comparable to the bikes being produced today. I also like the fact that it’s a bit unique; there are so many Treks, Specialized and Cannondales around, but very few Times or Looks, etc. Even Pinarellos and Colnagos are common compared to this. The ride quality is outstanding; it sprints and climbs really well (even if it’s rider doesn’t) and offers a silky smooth road feel. Guitar players can describe how one guitar just feels different from another; they can tell you how a Les Paul has a different sound and feel from a Stratocaster. It’s the same with bikes, particularly now with carbon frames. In the old days, all high end bikes were made of Columbus SL or Reynolds 753, etc. So, the steel bikes of yesteryear all rode very similarly. Carbon frames, on the other hand, seem to have a lot more variety in ride quality. 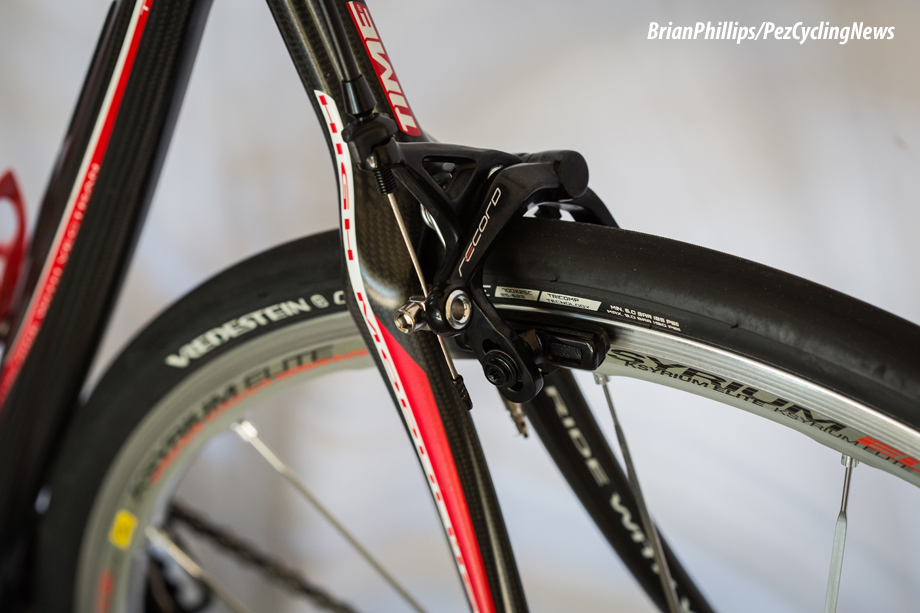 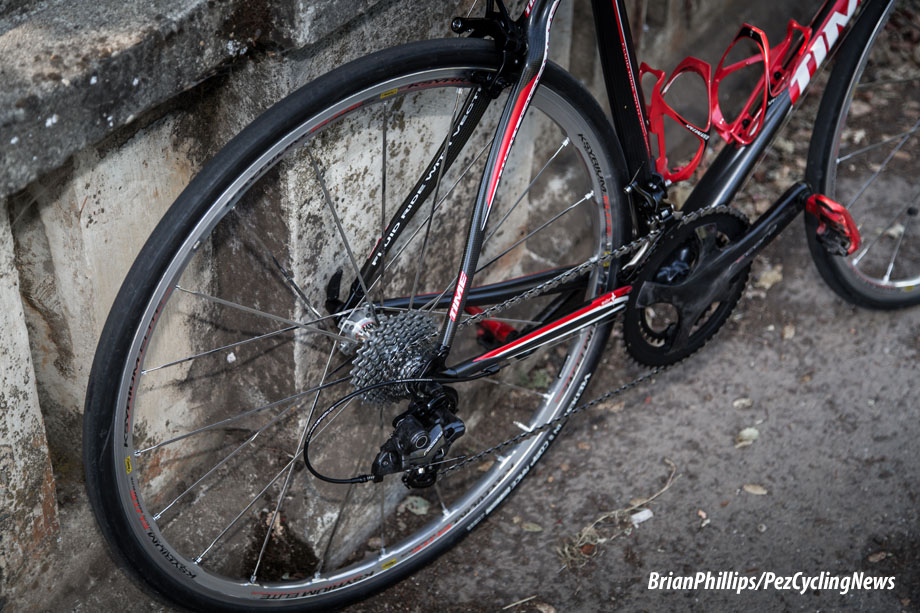 What other bikes have you owned or currently have?
My first real race bike was a Rossin in the mid 80’s. That ended up getting destroyed in a crash with a truck and I got an Eddy Merckx Corsa Extra with the 7-11 color scheme. Still have that today, although it’s been converted to a fixed gear and the frame is full of chips. Had an aluminum Guerciotti for a short while in the early 90’s that I built up using the Campy Super Record parts from the Rossin. That was very flexy, like a Vitus or an Alan. I have an aluminum LeMond Chambery that is also now a fixed gear. Since the early 2000’s I’ve also had a Felt, an aluminum Pinarello with carbon seat stays (loved that ride), a Colnago CLX which have all been sold. Also have a Ridley ‘cross bike and a Specialized mountain bike. I also bought a LeMond spin bike a few years back. That’s the wintertime garage bike! 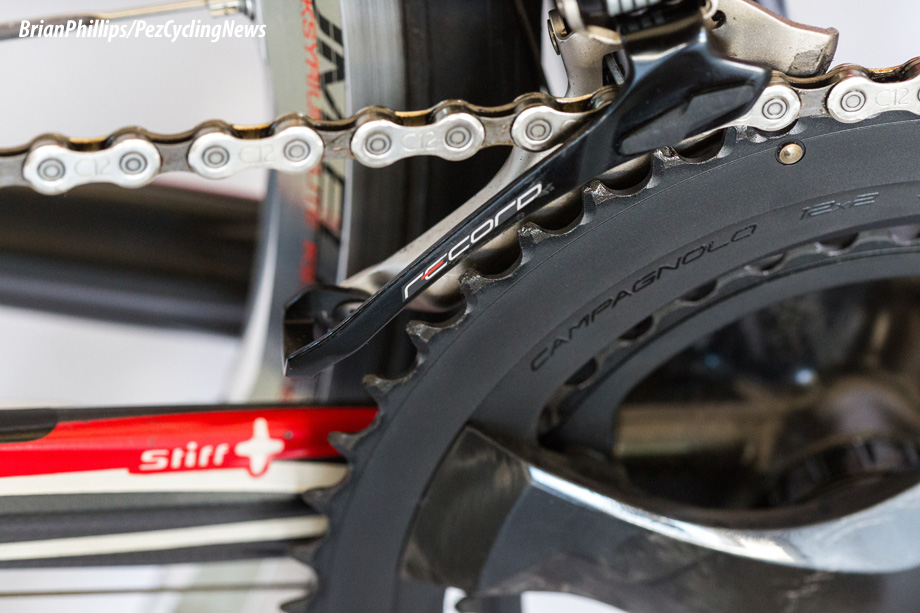 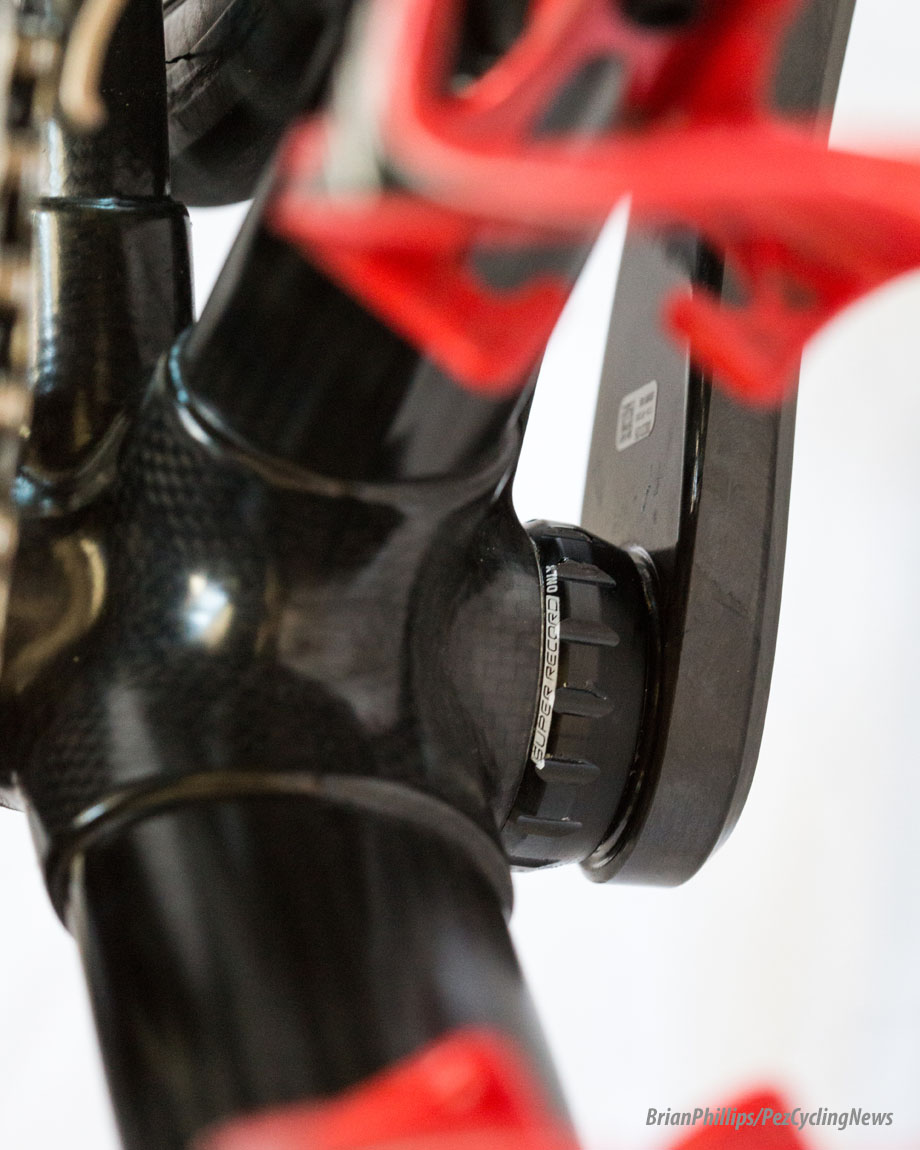 How many miles a year do you ride?
Not much! I’m 62 years old now and, while I know that there are a lot of riders my age and older who are still doing centuries and riding 5-10,000 miles a year, I’m not one of them. I work full time and a few years ago I still had the energy to do 25-30 mile rides after working all day and much longer rides on weekends, but not so much any more. I also developed A-fib (atrial fibrillation) at the beginning of last year and have cut back even more since then. I’ve learned that A-fib is fairly common among people who have done endurance sports for decades. Fortunately I’m still able to do rides that give me the exercise and satisfaction I need, but I avoid longer distances and extended steep climbs now. Most of my rides are around an hour long and I ride 3-4 days a week when the weather is decent. So, yeah… maybe 2000 miles a year now. 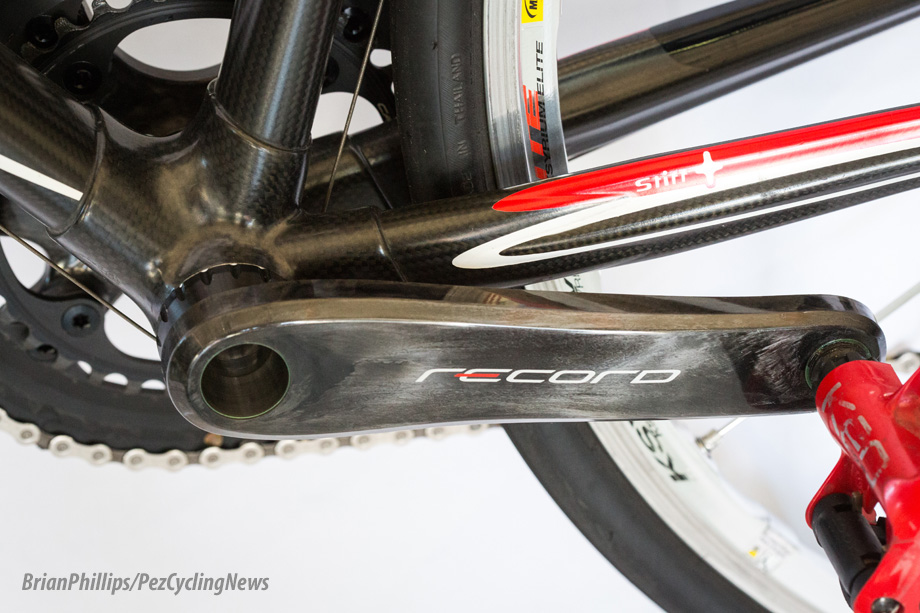 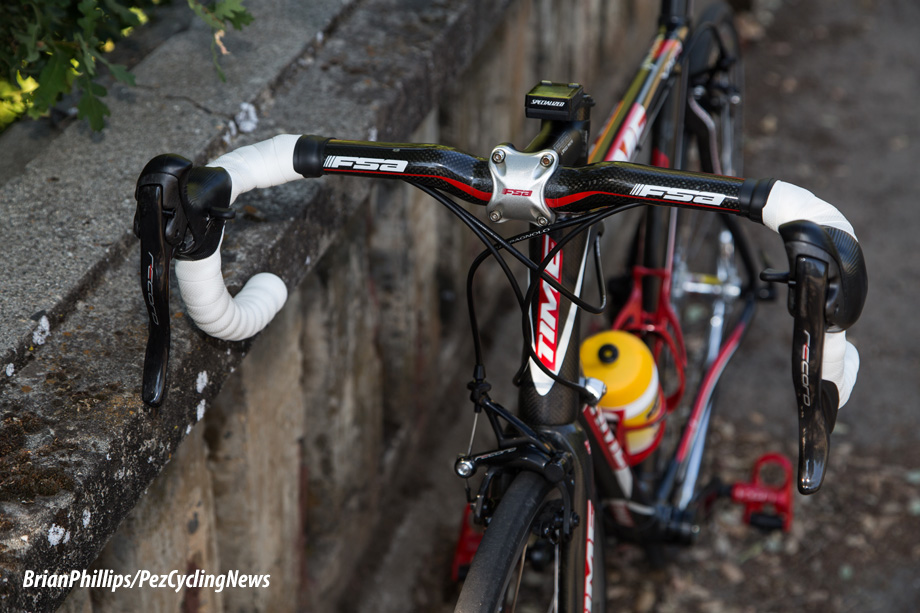 Favorite riding areas?
I’m fortunate to have lived in some of the best places in California for riding. I lived in Lake Tahoe for 12 years, the Northern California Bay Area for 10 years, and have lived here in Folsom (near Sacramento) for 20. Folks might know Folsom from the Tour of California; we’ve had a couple of time trials held here. The riding around here is really great; we’re near the foothills of the Sierras and we have a lot of great rural roads in areas like Granite Bay, Loomis, Newcastle and Auburn. Folsom and Sacramento also have an extensive network of bike trails that are actually suitable for real cyclists, unlike some of the trails I’ve been on in other areas. In my younger years I loved riding around Lake Tahoe (a 72 mile loop with about 5000 feet of climbing) as well as the mountain passes in that area. The Bay Area offers so many great climbs in the Santa Cruz mountains as well as Mount Diablo and Mount Hamilton which have also played a significant role in the Tour of California stages. 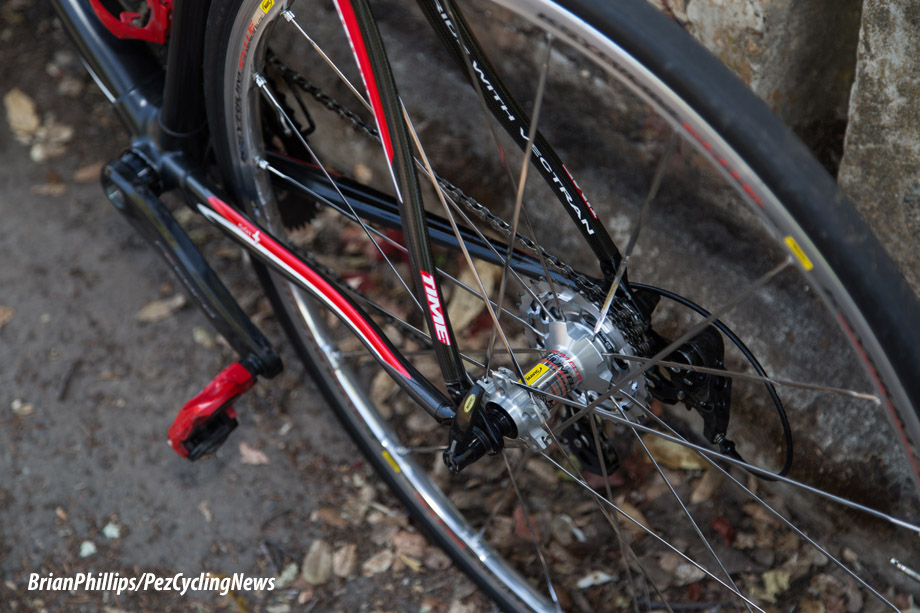 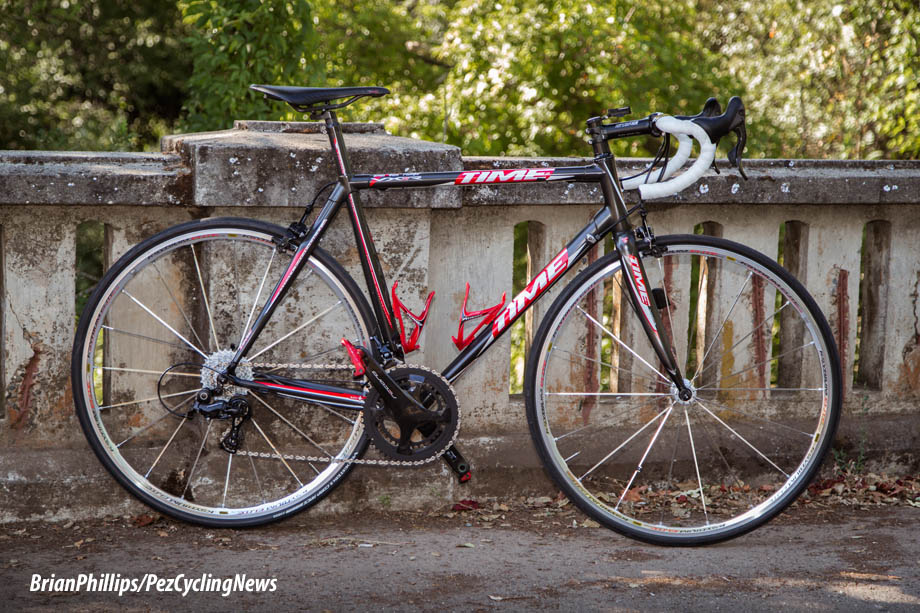 You can see more of Brian’s photos at: www.bgphillipsphotography.com. 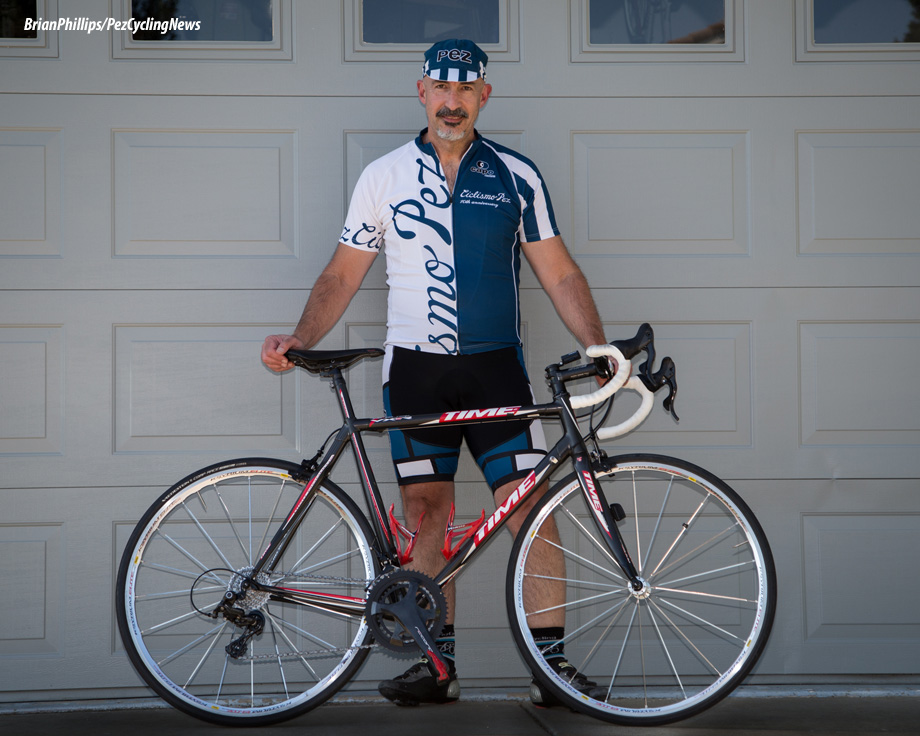 Thanks to Brian for sharing his ride with us. Got a bike that you walk into the room just to stare at? Well how about sharing it with fellow PEZ fans and getting it featured in Readers’ Rigs so we can all stare at it! Send us a Readers’ Rigs submission direct to [email protected] and your bike could be featured in all its glory here on the pages of PEZ.