Its been a few years since his last appearance in Readers’ Rigs, but PEZ fan Joey from San Fransisco has another very different rig – a very smartly presented black Specialized E5 Smartweld. Quite a difference from his loud and proud pink ride previously featured on PEZ. 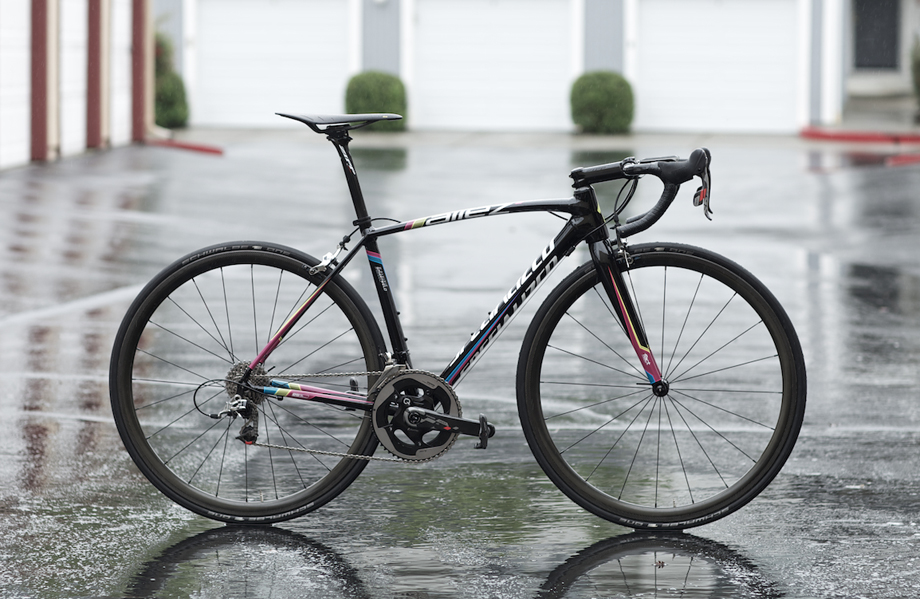 When did you buy it?
Bought the frameset in April of 2015

What made you choose this bike?
I started riding around in circles on a closed off business parks over the weekends with a bunch of other super hero costume wearing people a lot more in 2015. I had a few instances where I got to taste the pavement and thought it probably be a good idea if I built up another bike… just in case.

I contacted Frank Wadleton, who built my pink frame, and asked if he could build me another frame. Of course I had a few changes I wanted to make to the geo and had some ideas of using some super rare aluminium tubes. Frank said it would take some time to work out getting the tubes for the build so for the time being I decided to look at what my team sponsor was offering.

Being a fan of #thismachinekillscarbon, I started looking at the Allez. They offered 2 versions of the frameset, the E5 Smartweld or the E5 S-Works. Neither the shop nor myself could figure what accounted for the different in price other than a carbon seat post, which I didn’t want, or Ceramic Speed bearings, which I wouldn’t be able to appreciate. Plus the non S-Works came in the Keyline finish which looked way better. 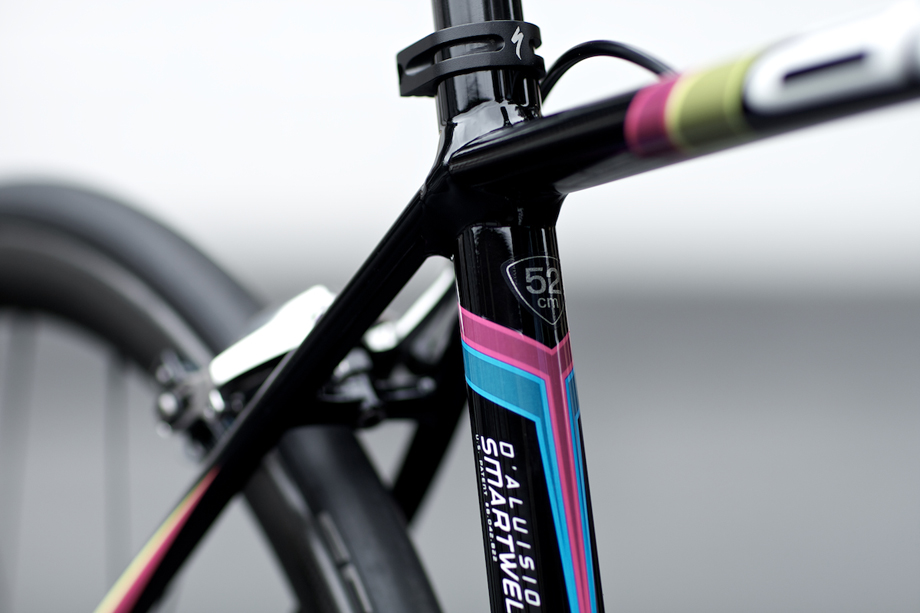 Originally this was to be built with the older Red 10 speeds to keep the wheels compatible with my other bike but I soon found out that a complete Red 22 group was less than trying to source the individual 10 speed parts. So I went all Nigel Tufnel. 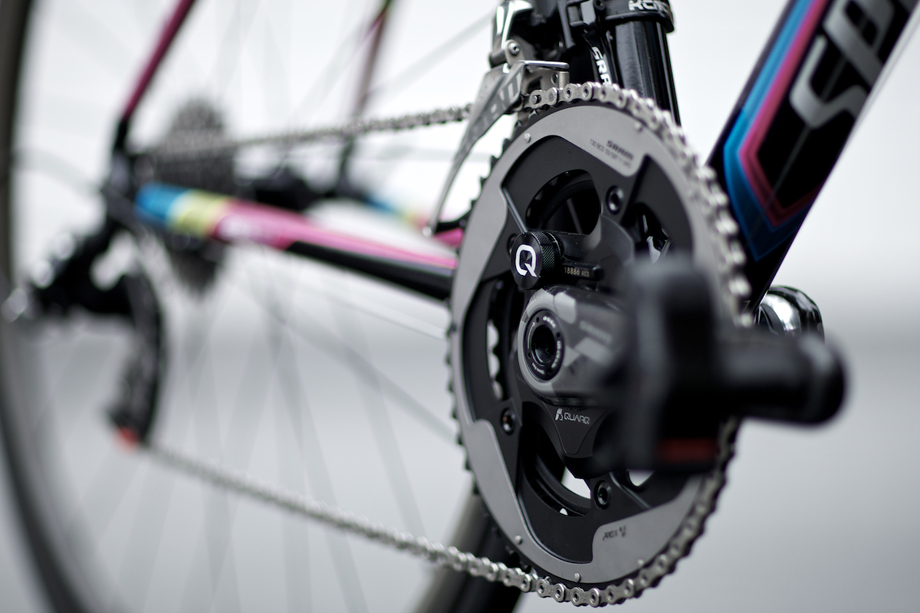 What modifications/additions have you done?
Nothing really. Wanting to keep the warranty on the frameset, drillium was out of the question. 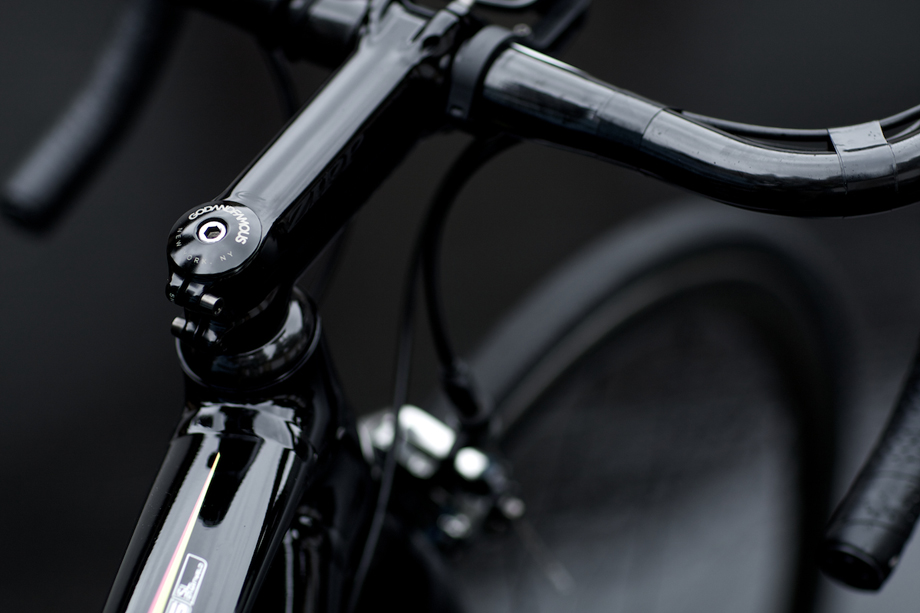 What components are you running?
Complete Sram Red 22 with 170mm crank arms, 53/39 chain rings and 11-28 cassette. I did swap out the Exogram crank for the Sram Red 22 branded Quarq. The wheels are built by Sean of RaceRim who is also a local racer here in Northern California. He is such a rad guy that stands behind his work. I remember one race a crashed tweaked my rear wheel. He asked which race I was going to next and he shows up in his mobile workshop and worked on my wheel for free while I was out racing on a spare!

How many miles/kilometers do you do a year?
I’ve increased my mileage the last time and its now at 20,718km a year. 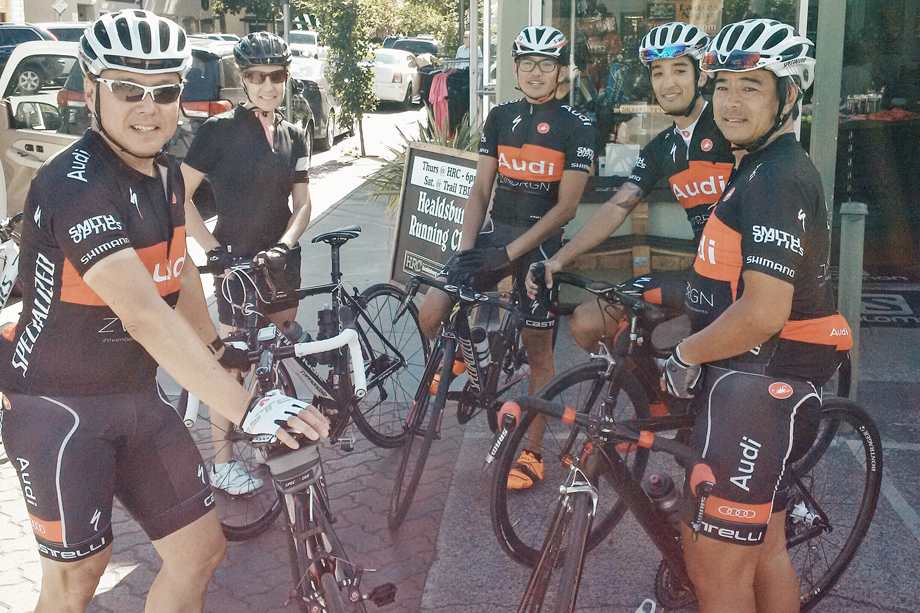 Joey, center hanging out with his teammates at Audi Cycling during a training ride out in Healdsburg, CA.

Favorite riding experience on your bike?
Breaking the Fred Woo-Hoo speed still does it for me. 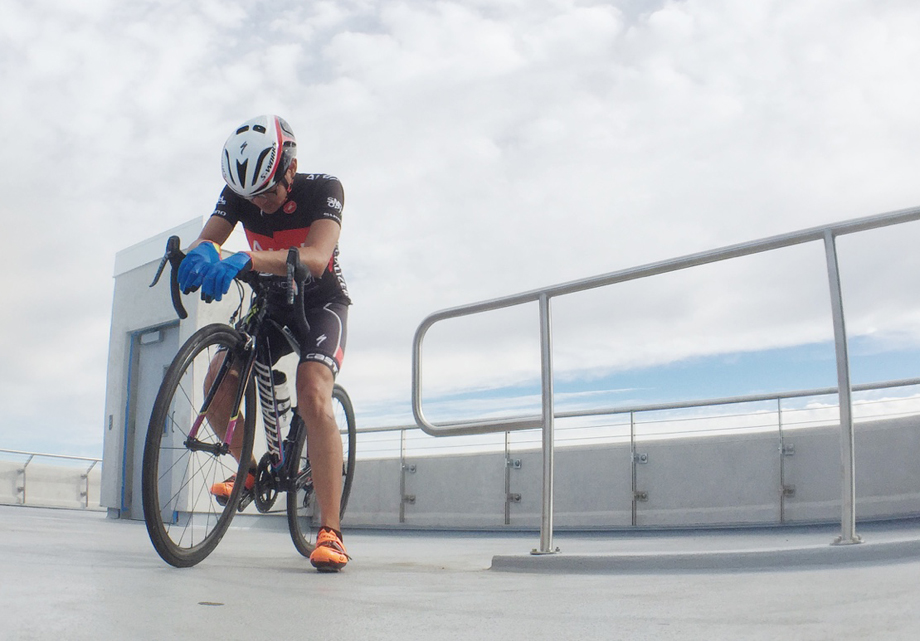 Future upgrades?
Trying to find a cost effective way of losing 700g to get my bike at an even 6kg. 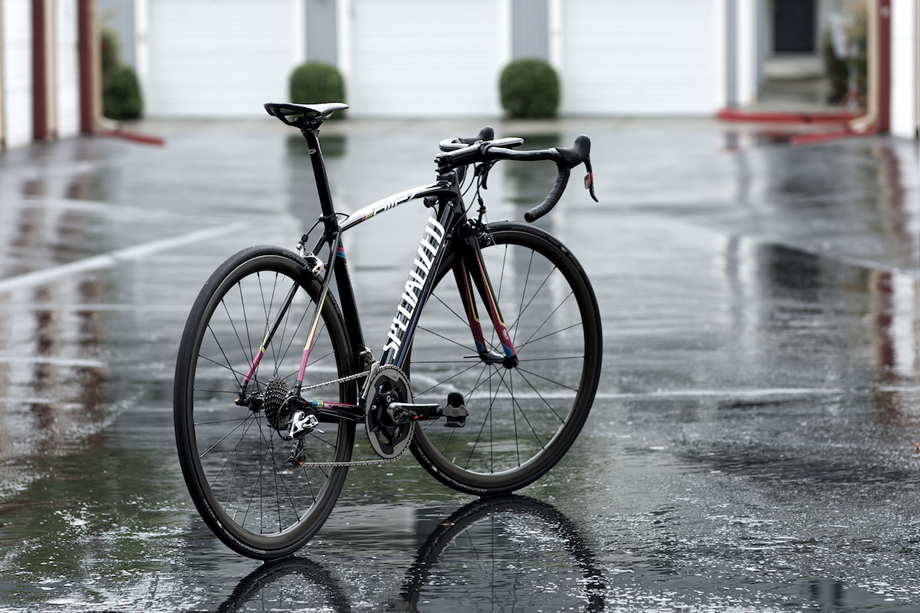 Last words?
Heath at Sram/Quarq for hooking me up on updating my power meter. Steve Lagone of Craft Factory Cycling Team for taking a chance on me last year with Audi Cycling. Kenny at God & Famous for just making really cool cycling accessories. Matt over at Ornot for designing some of the best cycling kits around. The guys at Hercules Cycling Club for letting me sit in on their group rides every so often.

Thanks to Joey for sharing his ride with us. Got a bike that you’re proud of? Well how about sharing it with fellow PEZ fans and getting it featured in Readers’ Rigs so we can all stare at it! Send us a Readers’ Rigs submission direct to [email protected] and your bike could be featured in all its glory here on the pages of PEZ.

EUROTRASH Monday: Tour’23, Cross, Singapore Crit and Everything Else!