Readers’ Rig: Carbon and alloy can be made into a fine bike frame, but Bob Shaver’s Tommasini Sintesi is a steel work of art. Obviously being Italian, the bike is built up with Campagnolo and a special Selle Italia/Ferrari saddle. A show bike, one of a kind. 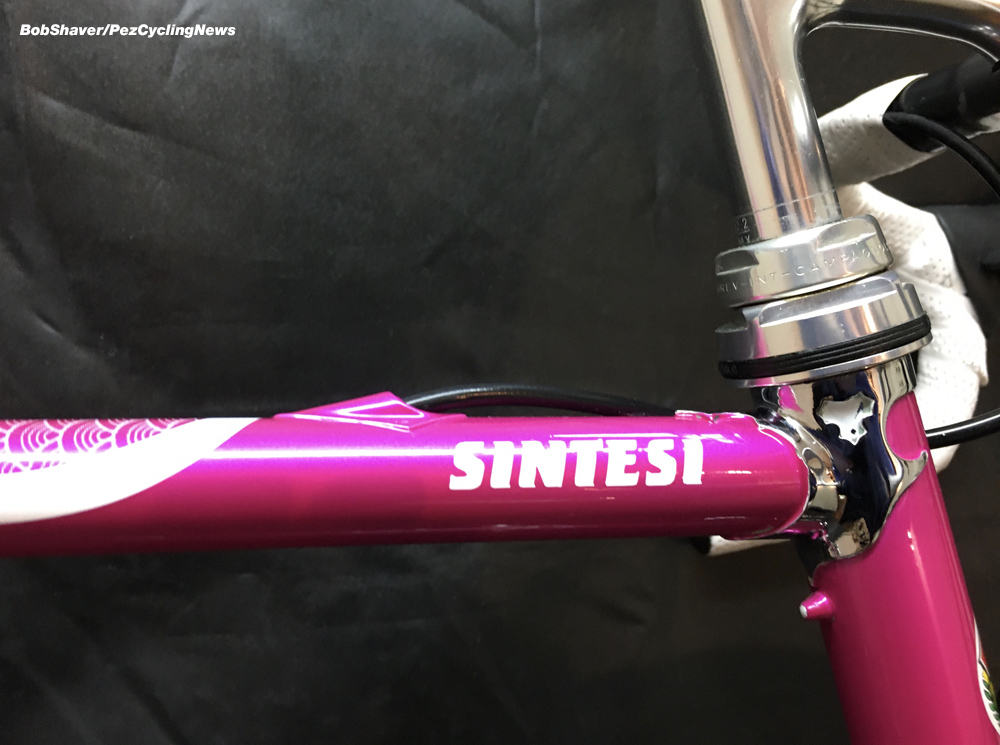 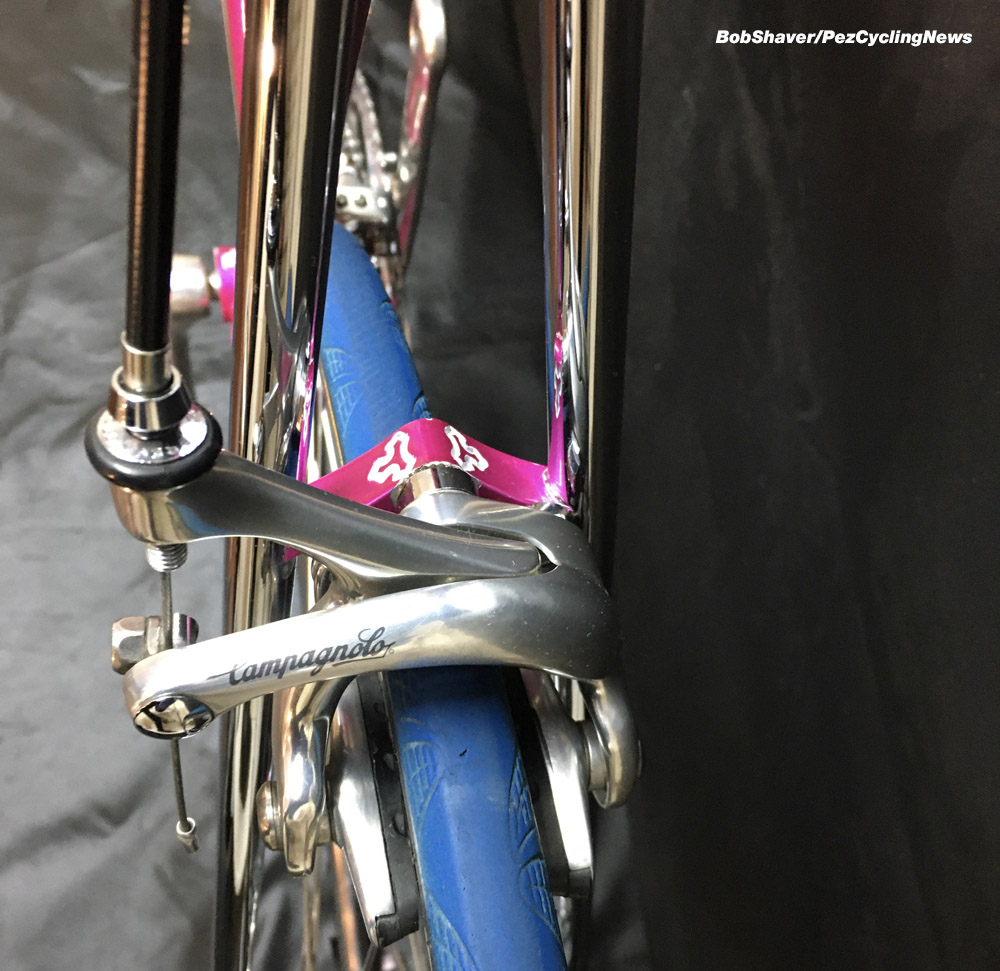 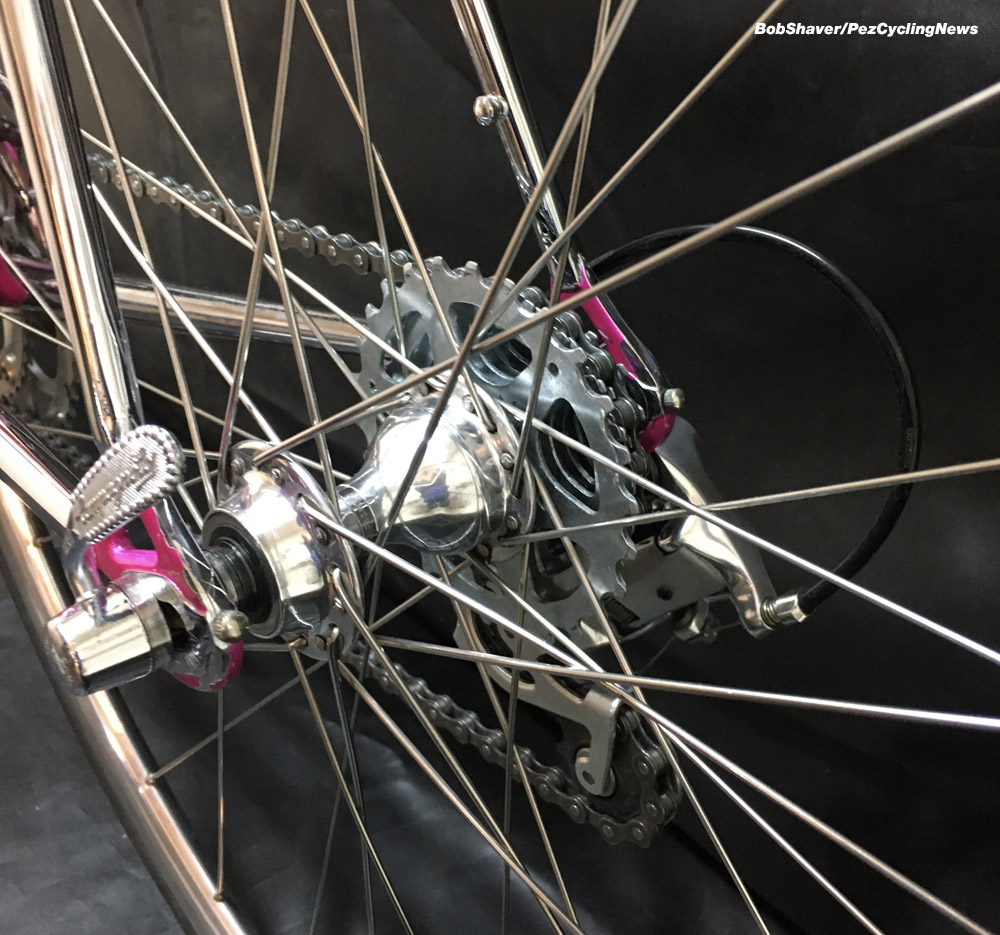 What made you choose this bike?
Love at first sight! In January, 1992 while exhibiting at a bike industry show, I stopped by the Tommasini booth to chat with my friend who was the U.S. distributor. When I saw their show bike I knew I had to have one in my size. But Sr. Tommasini said, “No. It is our show bike, one of a kind.” However I was persistent and ultimately Sr. Tommasini said he would make an exception. My friend told me later that only two others were produced like the show bike; mine and one for a Tommasini dealer in the U.K. I have no written documentation but I have never seen one like it anywhere or on the Internet and have no reason to doubt what was told to me. 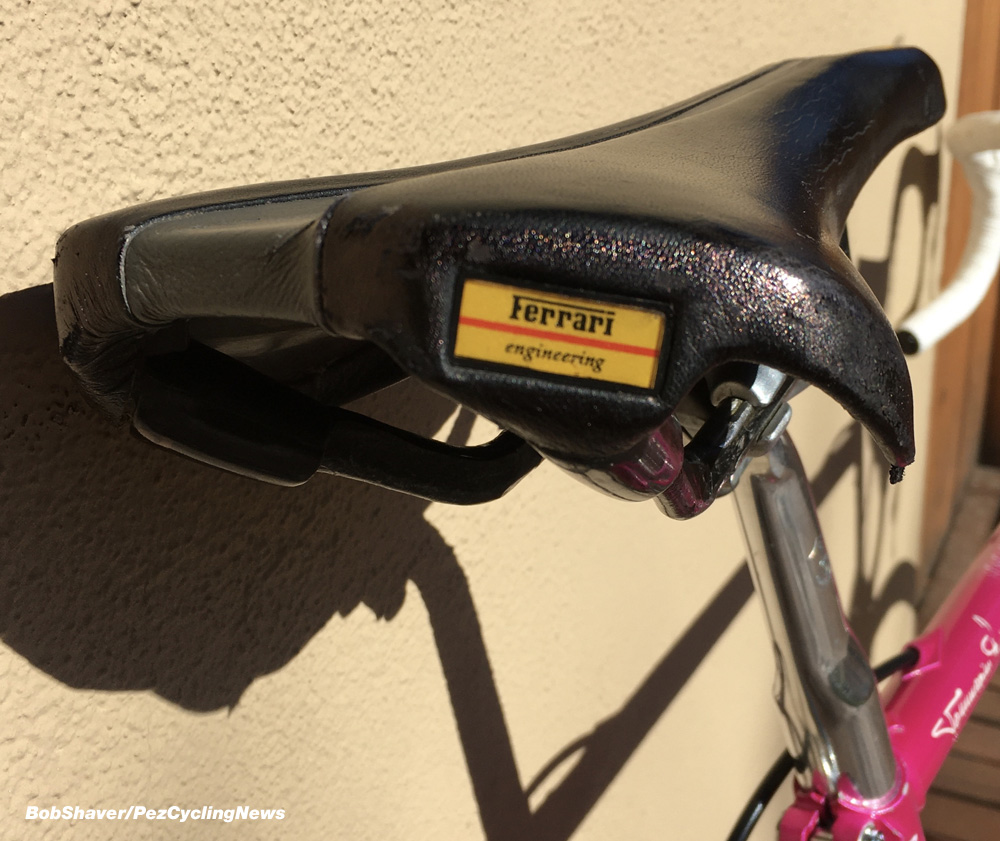 Have you done any modifications/additions to it?
No, just regular drive train upgrades and countless wax jobs! 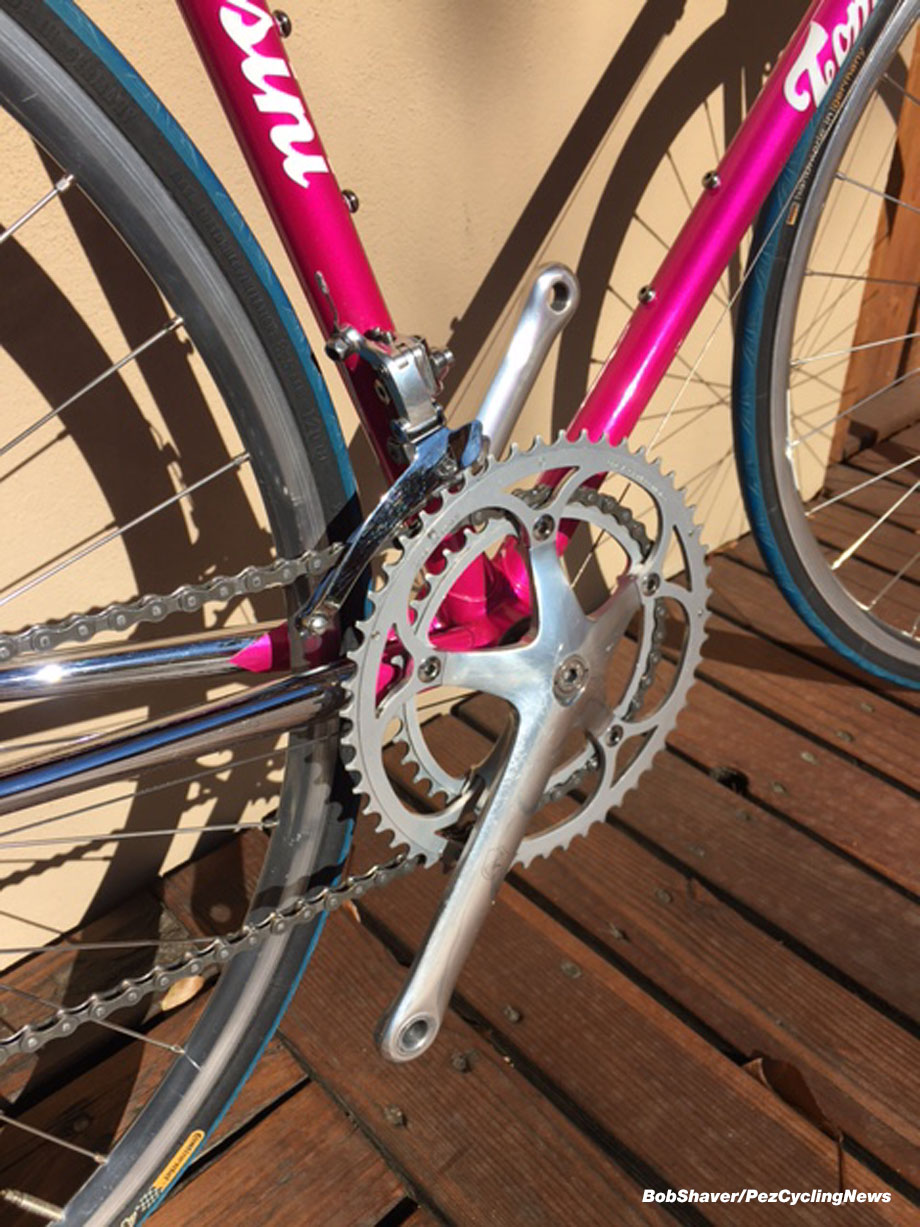 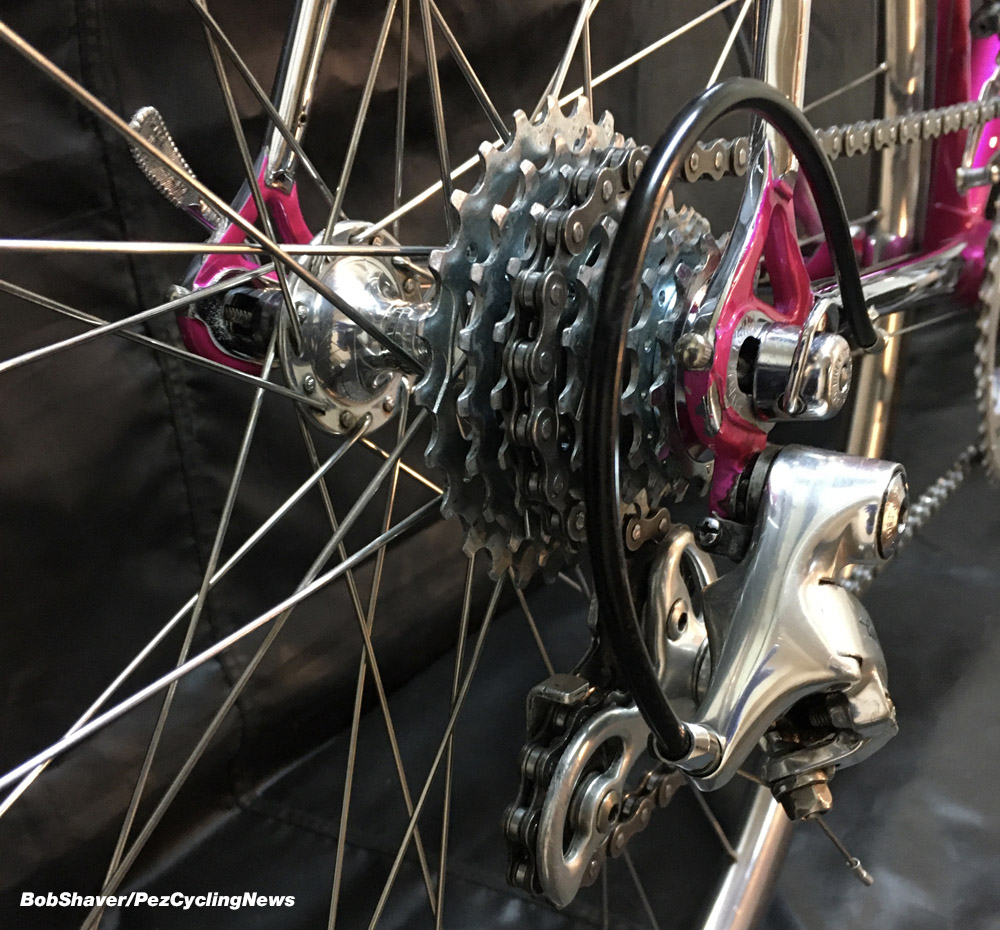 What do you love about this bike?
The flawless brazing of the lug work and the brilliant magenta color combined with the chrome. Also, I like the fact that the paint scheme is less complicated or extravagant and multi-colored than many of the Tommasinis. 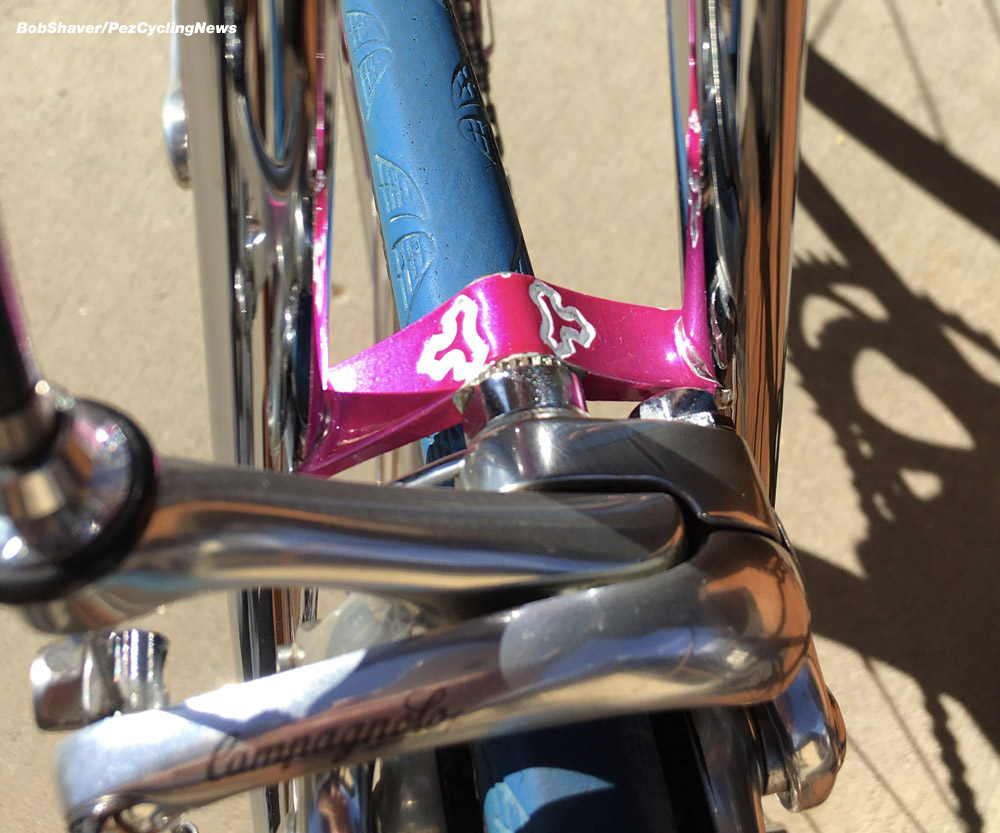 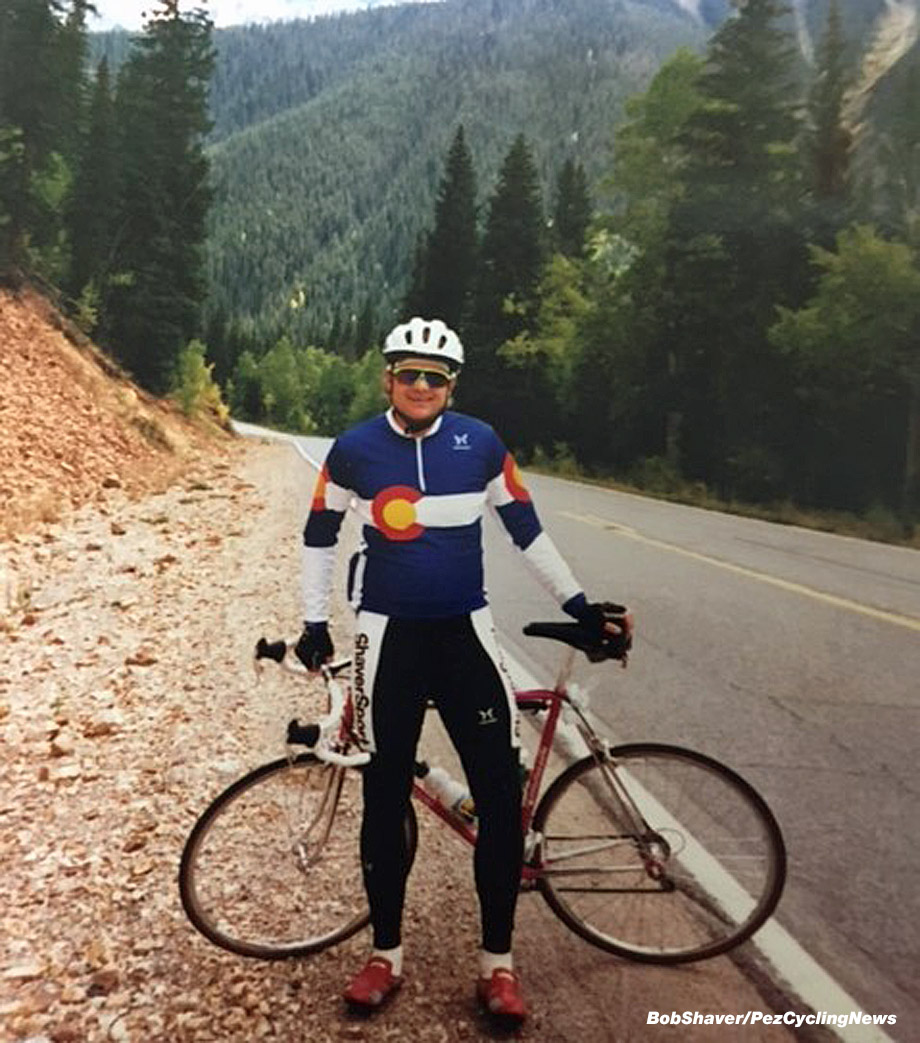 Favorite riding experience on your bike?
Being shot at while riding with my friend Wayne-the-Train, on our Tommasinis in 1994 and… not being hit or killed! This event occurred on Squaw Pass (we refer to it as Squawk Pass), a favorite 18-mile alpine climb near Denver. It was a wonderful summer day, mid-week, with no traffic. Wayne had dropped me and was 100 meters ahead. A long hard honk shocked me out of my suffering; which also got Wayne’s attention. I looked back to see inches away from my wheel, a huge pickup driven by a red-faced driver. He pulled alongside me, flipped me off and then sped up right behind Wayne. I thought he was going to hit him. The driver honked again as before but this time he slowly pulled around, going about our speed. Wayne had slowed down, so we were now together. Then, the driver slid the small back window open and fired two shots: POP! POP! He sped off laughing and honking. 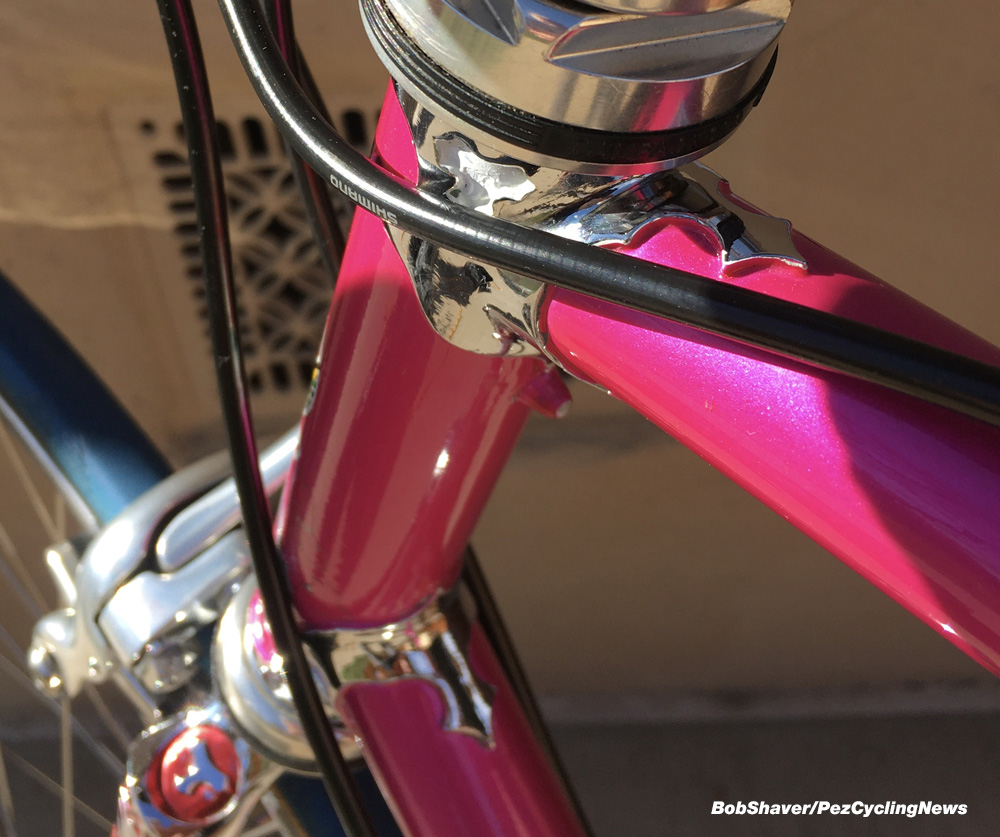 Of course, this was before the days of cell phones, with the nearest pay phone five miles uphill at Echo Lake. So we ended up not reporting him. All this happened on one of the few long stretches on Squawk, with lots of visibility where cars can easily pass. So this guy was literally, “Loaded for Bear.” (Or cyclists!). 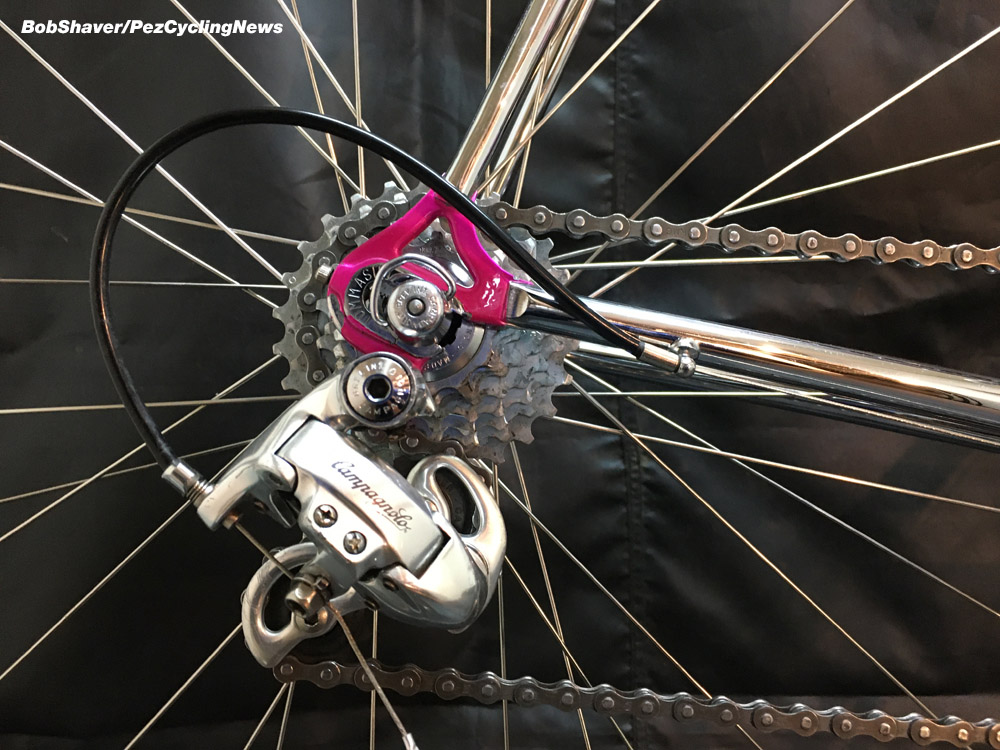 It’s funny what you notice in the span of a few seconds on a bike. The truck was a new,1994 dark green Dodge with paper “Dealer” plates. The back gate was down so I could see a cooler in the back, a folded chair and a fishing pole. So this guy, in his brand new truck was probably headed to Echo Lake or Summit Lake on the road to Mt. Evans, for a relaxing day of solitude and fishing. If anyone was ever in need of a bike ride, it was this guy. 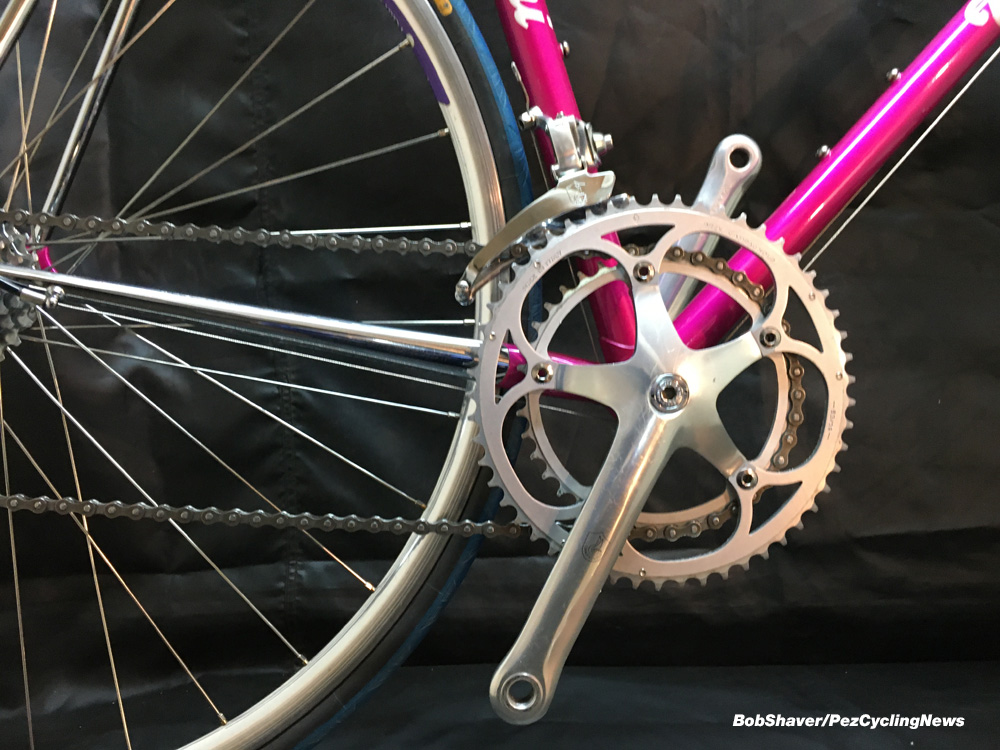 By the way, Wayne, at 6’3” with a steady, strong pedal stroke, who always takes more than his fare share at the front, is a favorite wheel to sit on. His moniker was given by former Colorado Governor, Bill Ritter. One day as we were passing a group with Wayne at the front, Bill called out, “Hop on Wayne the Train for a free ride!” 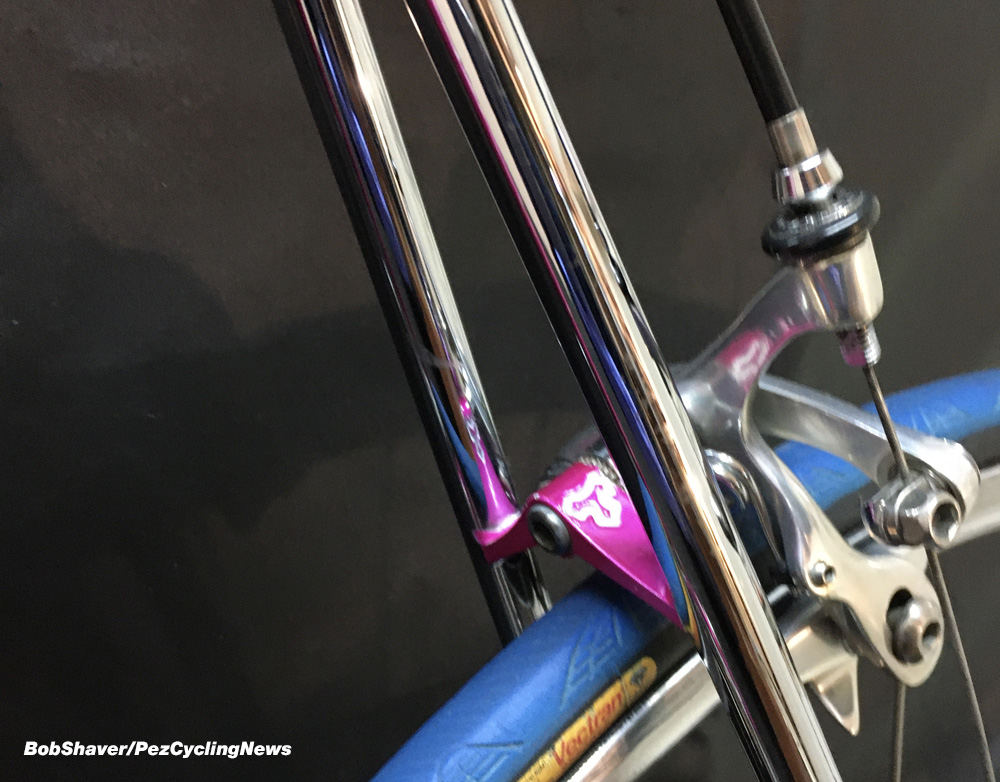 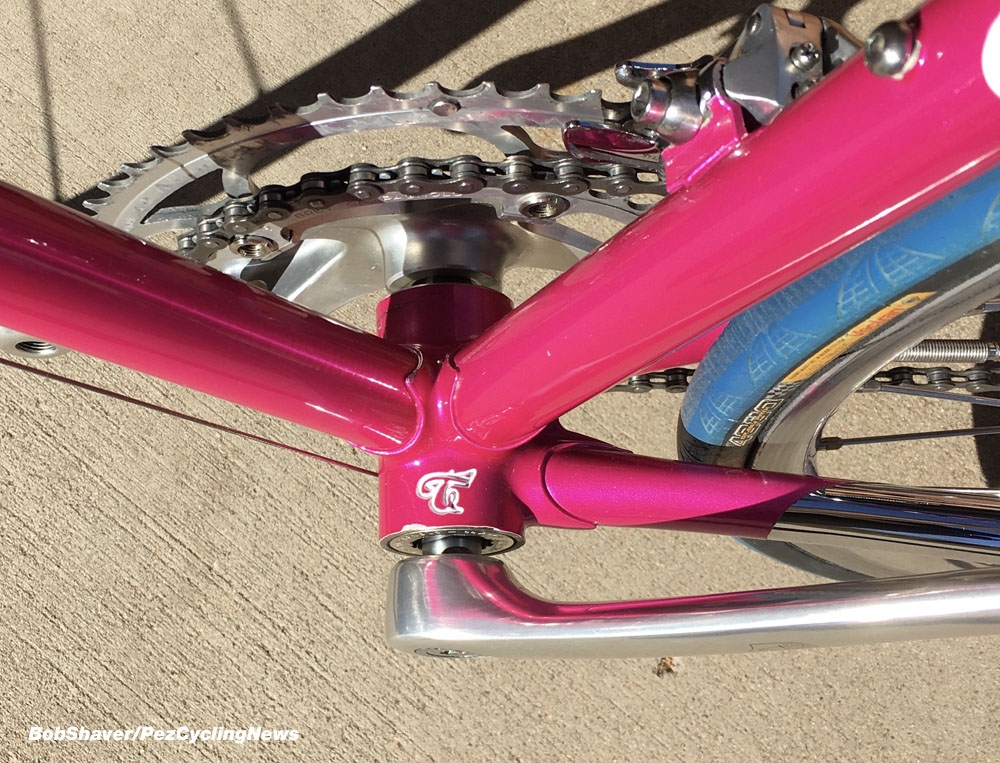 Last words?
Something magical happens when you hop on a bike. You keenly experience your surroundings, your senses become more acute and when riding with others a unique bond is created. To me, the bike is the one thing that does not discriminate; it is there for anyone who makes the effort to take that first pedal stroke and keep right on pedaling. And ultimately, it gives back more than the effort you put into it. It’s the most beautiful sport in the world in all its many iterations of use. And most of all, you will meet the nicest people while riding it! Please ride safely! 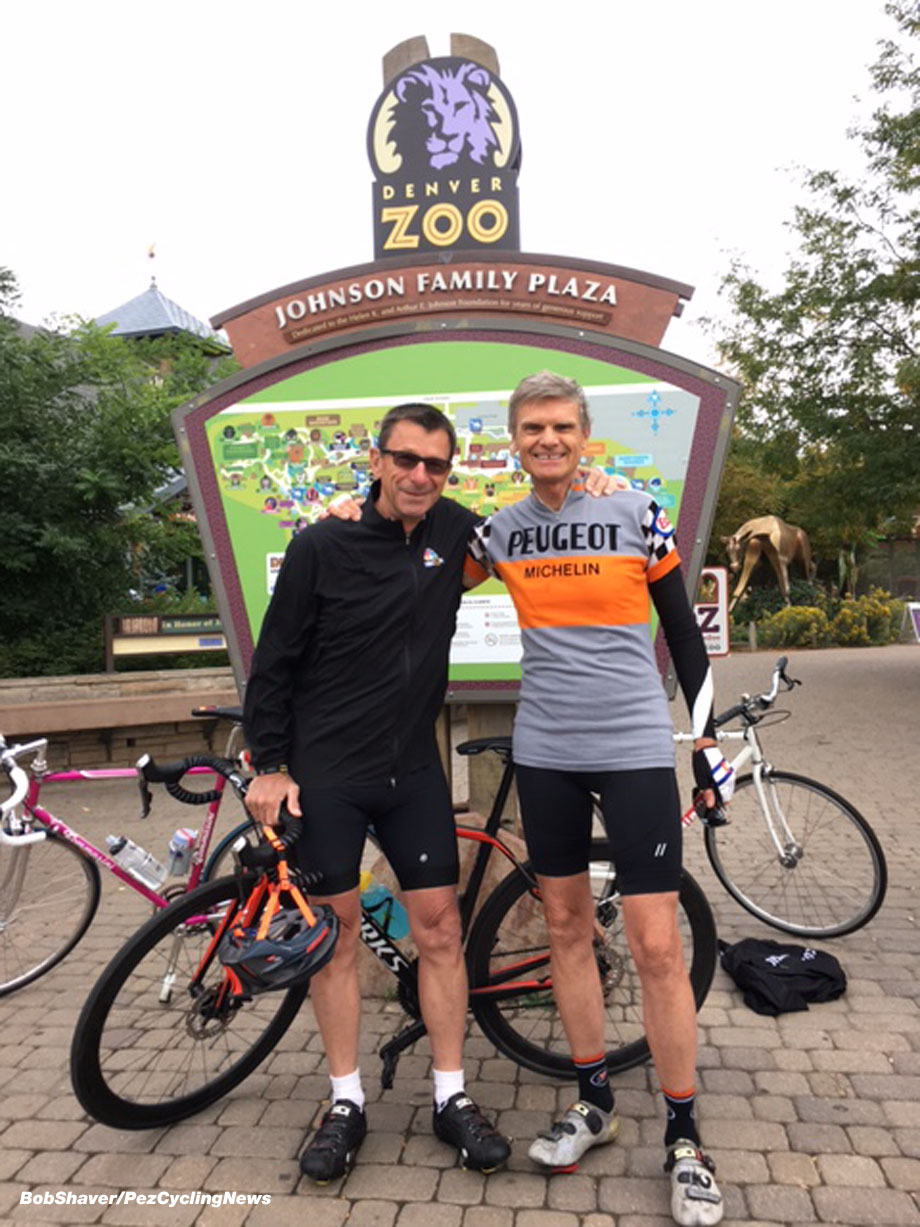 Last Ride, “Ride for Black Rhinos.” September 2017, Denver, CO: I helped organize the ride to raise funds for one of Paul Sherwen’s favorite charities. I took the opportunity to surprise him wearing the jersey of the Paris team we both raced on although not in the same year; Paul in 1977 and I in 1976. Sadly, Paul died in 2018 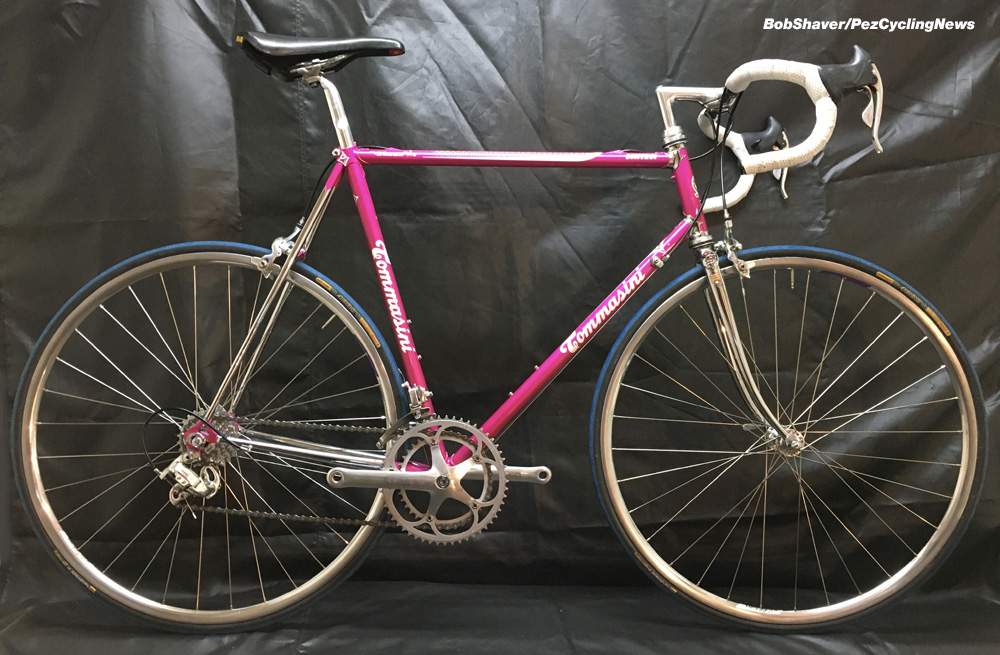 Thanks to Bob for sharing his ride with us. Got a bike that you walk into the room just to stare at? Well how about sharing it with fellow PEZ fans and getting it featured in Readers’ Rigs so we can all stare at it! Contact [email protected] and your bike could be featured in all its glory here on the pages of PEZ.