We’ve had a few nice Litespeed bikes here in Readers’ Rigs over the years, but today’s reader, John, takes the prize with the oldest Litespeed featured rig; a ‘Team Issue’ bike from back in 2000 that he’s lovingly cared and ridden for the last 20 years. 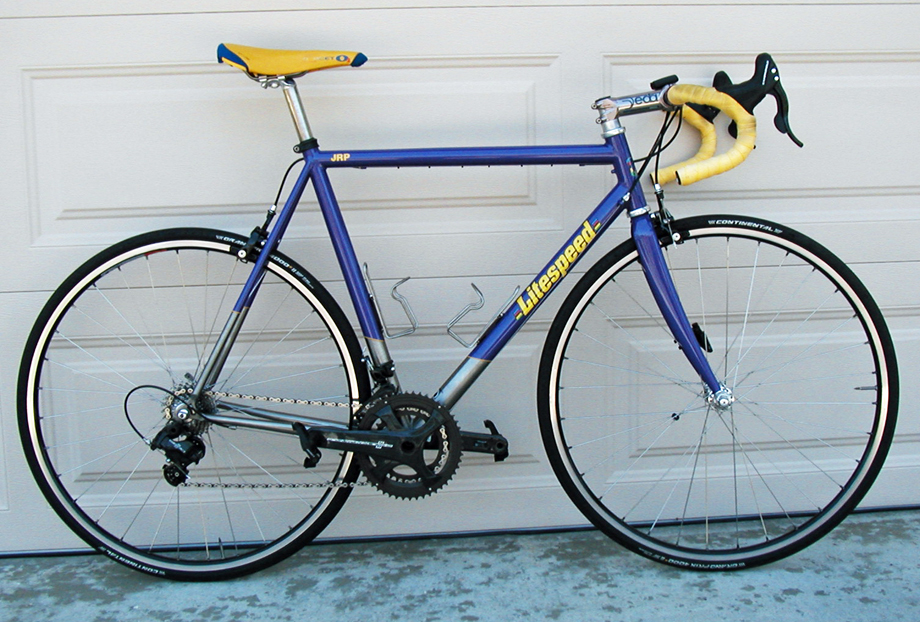 When did you buy it?
I bought the bike in the Spring of 2000 from Colorado Cyclist. It was reported to have the geometry of the Litespeed Classic of that period with some custom tubes for the Colorado Cyclist racing team that used it as their ride (hence the “Team Issue” designation). 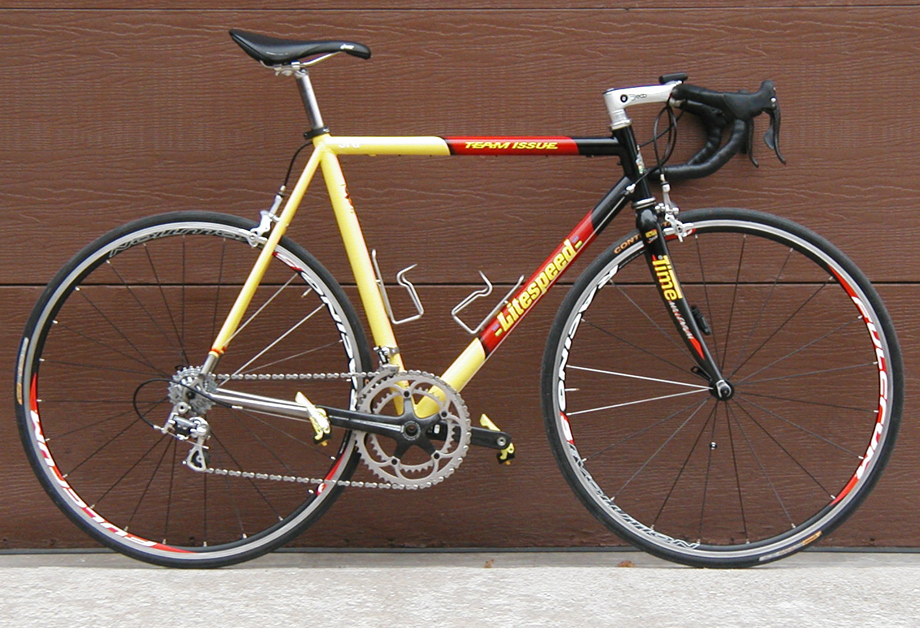 What made you choose this bike?
Everything I ever read or heard about titanium made me believe it was the ultimate frame material. The reputation of Litespeed was also a factor.

What modifications/additions have you done?
It has had many changes and upgrades. I swapped my 9-speed Chorus group and all the parts from the Trek I was riding at the time to the Litespeed. In subsequent years, I replaced that 9-speed Chorus setup with two successive 10-speed Chorus components, culminating with the current 11-speed compact drivetrain. Saddles and wheelsets were also periodically replaced. The biggest change in its appearance occurred in the Winter of 2010 when It was repainted by Joe Bell because the original paint began to crack and chip. 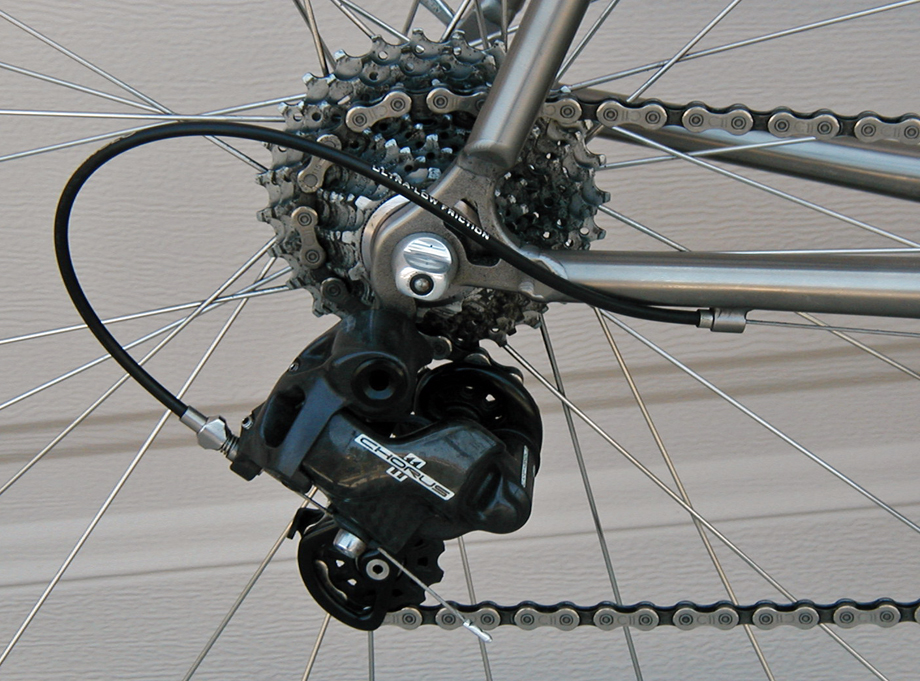 How many miles/kilometers do you do a year?
I currently ride about 3,500 miles a year. 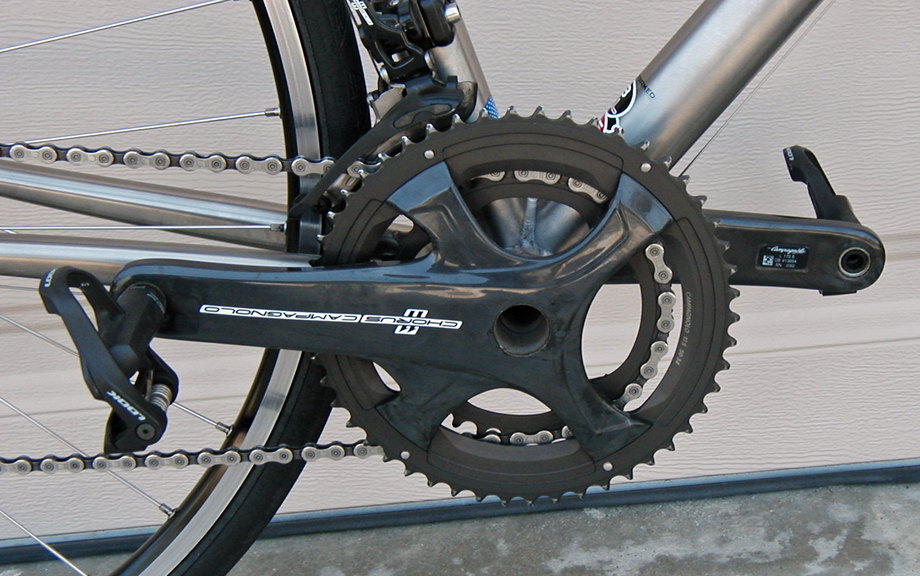 What do you love about this bike?
Its distinctive and comfortable ride is more giving than steel but more lively than carbon. And, to tell the whole truth, I enjoy riding something other than the carbon with which I am surrounded. Its unique color is also a plus. 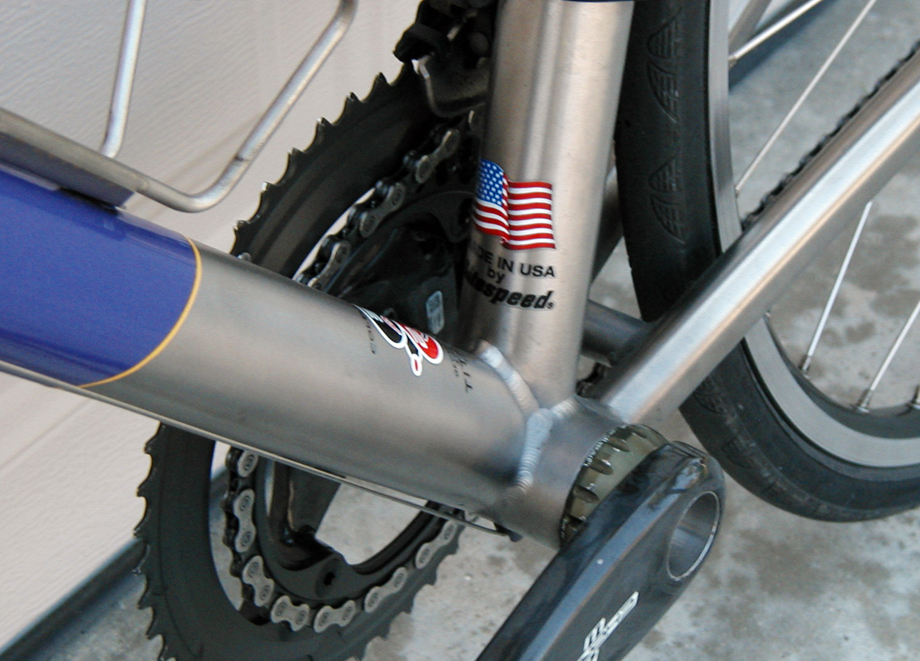 Favorite riding area?
Along the coast of the Pacific Ocean. That experience is difficult to beat. It is what makes California livable.

Favorite riding experience on your bike?
The most memorable rides were the several times that I participated in the Boonville Festival Ride near Columbia, Missouri. It occurs annually in August, giving participants an immensely enjoyable ride along rolling roads and through charming small communities. 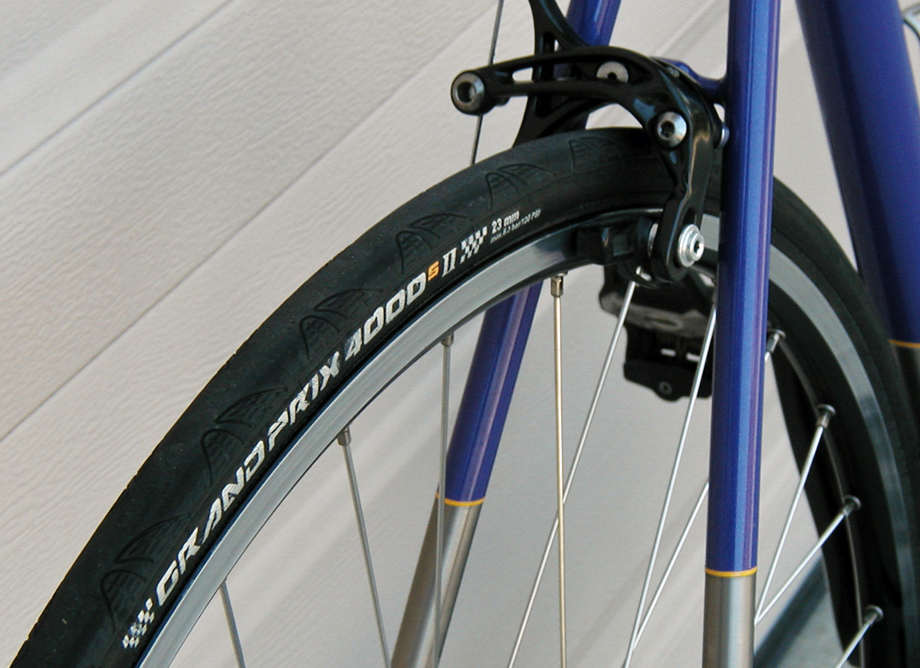 Future upgrades?
I am probably going to replace the Open Pro wheel set with a pair of Fulcrums. I had a Fulcrum wheelset on it in the past, and would like to ride them again.

Last words?
We should all love the bikes we ride. 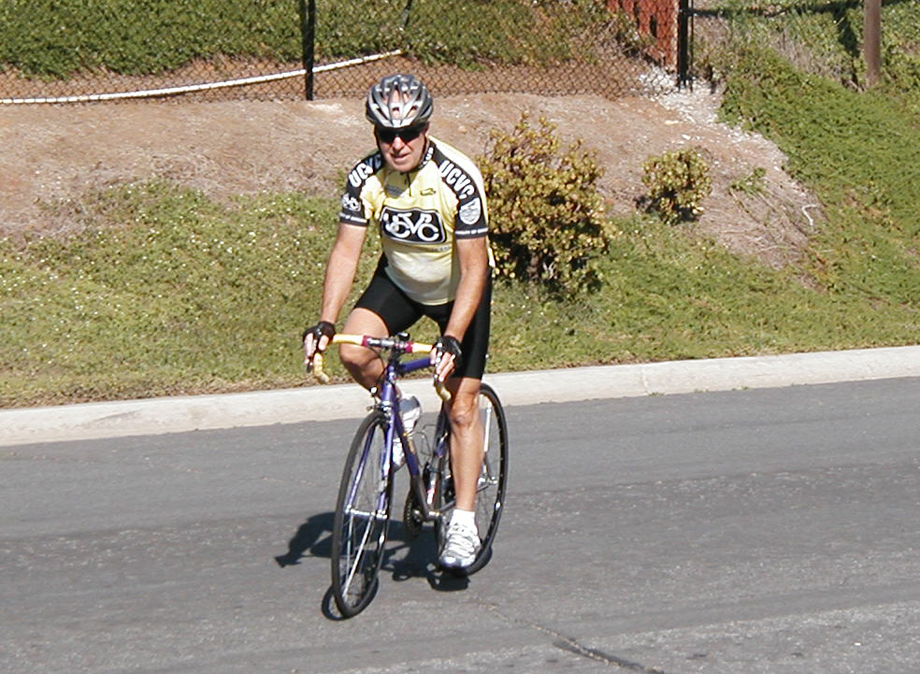 John putting his rig through its paces.

Thanks to John for sharing his ride with us. Got a bike that you’re proud of? Well, how about sharing it with fellow PEZ fans and getting it featured in Readers’ Rigs so we can all stare at it! Send us a Readers’ Rigs submission direct to [email protected] and your bike could be featured in all its glory here on the pages of PEZ.